Seeing a 400+ old church re-emerge from the waters must have felt like rediscovering the lost City of Atlantis. Residents and local tourists flock the Grijalva River in Chiapas, southern Mexico to get a rare glimpse of the Temple of Santiago or Iglesia de Quechula.The church which was normally underwater has been visible due to the continuing drought in Mexico. The water levels of the Nezahualcoyotl dam reservoir has dropped 25 meters or almost 86 feet, making the entirely submerged church visible halfway up once again.

Temple of Santiago was last sighted in 2002, where the droughts have been even more severe than it was at present. During that time the reservoir has dried completely and tourists can even walk up to the church and explore and admire its distinct 16th century architecture up close.

An artistic shot of the Temple of Santiago from afar 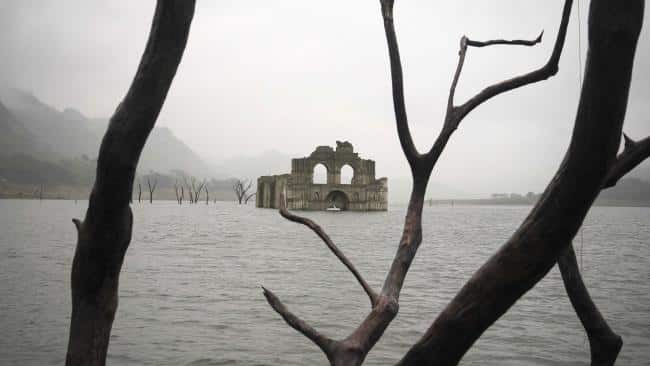 The church is still submerged halfway down since the start of the droughts, but water levels continue to decline 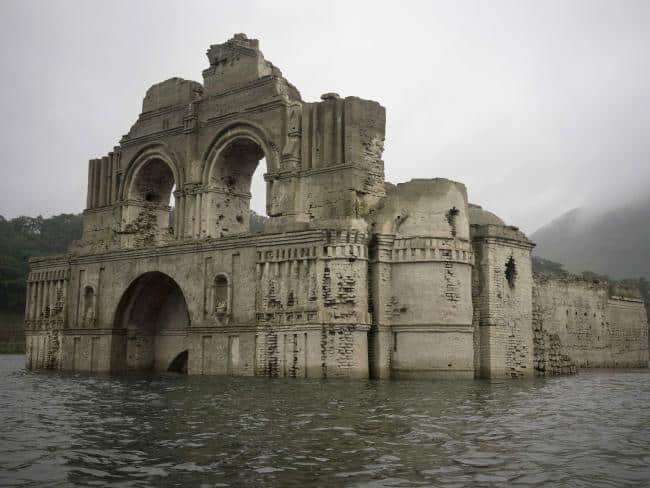 Temple of Santiago was built in the mid-16th century by a group of friars headed by Father Bartolome de la Casas. However it was soon abandoned around the late 1770s due to the widespread plague that has been endemic with the churchgoers. It didn’t even have a regularly designated priest, as masses need to be officiated by priests from the nearby Tecpatan monastery. Since then, the church has been left alone until it was flooded over by the completed dam reservoir in 1966.

The full view of the church from its side. 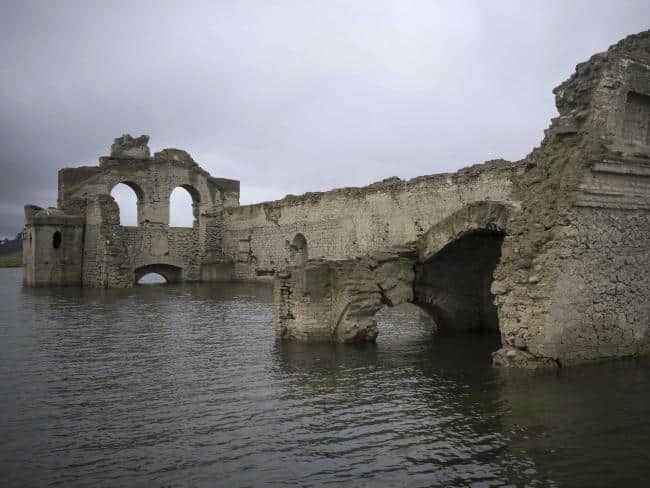 Exploring the ruins of the once magnificent temple. 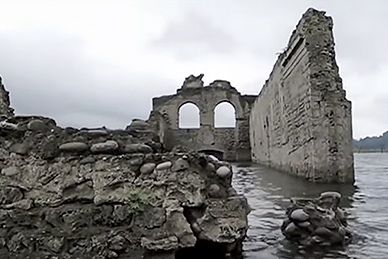 Despite being submerged underwater for almost 50 years now, the church has retained its structure. It is 61 meters long, 14 meters wide and has a height of 10 meters. Its highest point is the bell tower that reaches up to 16 meters. Even though the drought has presented some problems with the local fisherfolk due to decreased fish harvests, the rising of the Temple of Santiago from the waters proved to be quite a merciful event, as they are able to earn income by ferrying tourists near the structure. 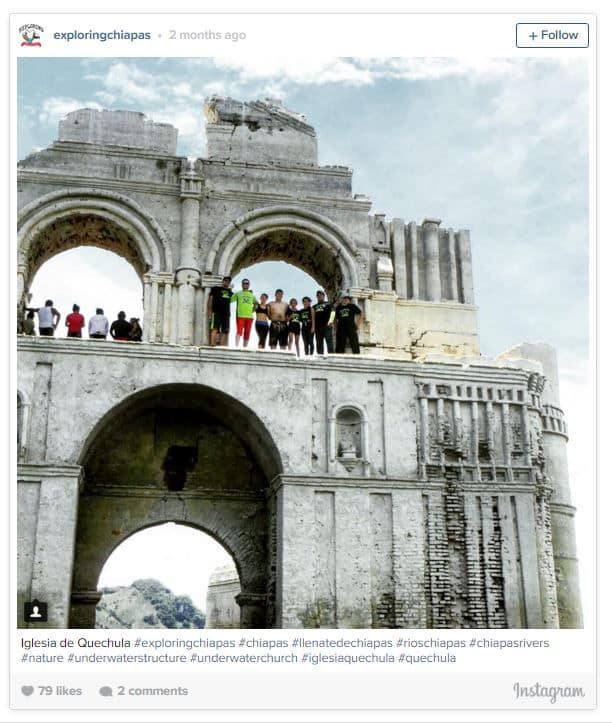