Being a kid is awesome. Not having to pay bills and being allowed to play all day. It’s really like heaven if you think about it. Aside from these things, there are more advantages to being a kid, but we think there’s one that is the most hilarious.

Well, they can blurt out anything they want to say in public without any dire consequences and they get to embarrass their parents in the process. The best thing about it is that they get away with it! Plus, parents actually apologize for them so they don’t have to do any apologizing.

We have compiled few of the most embarrassing stuff that kids have said in public. These moments when children opt to be brutally and completely honest may be plain nightmares for some parents, but we can’t deny that these kids are just gold!

Friend’s son, 5 years old, pointed at a Muslim woman in the mall wearing full garb (including face) and shouted, “Mom, a ninja!”

2. Where did the sperms go?

On our way to watch my daughter play soccer, my son was asking me about how babies were made. So I told him all about the sperm and they egg and so on. He seemed to reflect deeply about what I had said. Get to soccer and we sit among all the other parents and he blurts out “Dad, is your sperm still inside me?” I almost fucking died. 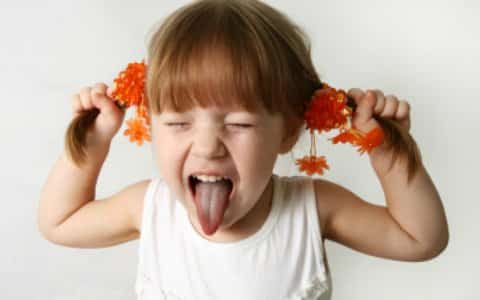 3. It was indeed time for the pussy.

Took my kids to see Puss and Boots, and when lights dimmed and Puss appeared on the screen, my middle son screamed, ‘It’s pussy time!’ The whole theater was cracking up — I laughed so hard I cried.

My daughter once asked a black guy why he was made of chocolate. I was incredibly embarrassed. He thought it was hilarious.

When I was 5 or 6 we were at my Dad’s company picnic. I was introduced to his boss and I told him, “My Daddy says you’re a son of a bitch.” My Dad’s co-workers fed me ice cream all afternoon.

6. This kid can surely tell the difference!

When my daughter was two and asking about the anatomical differences between herself and her baby brother, I taught her the proper terms and that women and girls had vaginas and vulvas and boys and men had penises and testicles. Whilst browsing through Kohl’s that holiday season (store was PACKED), she loudly exclaimed as she pointed to ever stranger we passed “BOY! Penis and tentacles!” “GIRL! Gyyyyyynah and Volvo!” Lather rinse repeat. The kicker was the androgynous cashier. She asked “Boy or girl?”. The cashier was a trooper and smiled “Girl, sweetie.” Kid proudly screams back “Gyyyyynah and VOLVO!”

7. Awkward is an understatement.

Three-year-old daughter Madeleine said very loudly in public toilets: ”Mummy, why do you have a beard on your bottom?”

My three-year-old daughter will yell “LOOK DADDY! A GANGNAM STYLE!” whenever she see’s an Asian man.

10. It was a literal ball massage.

Daughter was rubbing my face with a small football earlier, she thought it was funny so I let her carry on. Later on, we were in a restaurant when out of nowhere she gives it “I gave my daddy a ball massage before.” We didn’t stay for dessert.