The Twitter accounts of several zoos recently went viral after they started posting funny Amazon-style reviews of their animals. Using the hashtag #rateaspecies, zoos, zookeepers, scientists, academics, and other animal lovers shared their hilarious thoughts on their animals with the rest of the Twitterverse.

Some animals received five stars along with glowing reviews, while others weren’t as lucky and got some scathing comments. The #rateaspecies movement on Twitter has provided us with much-needed entertainment. See just some of the reviews below.

The reviews were funny, but they were also educational. 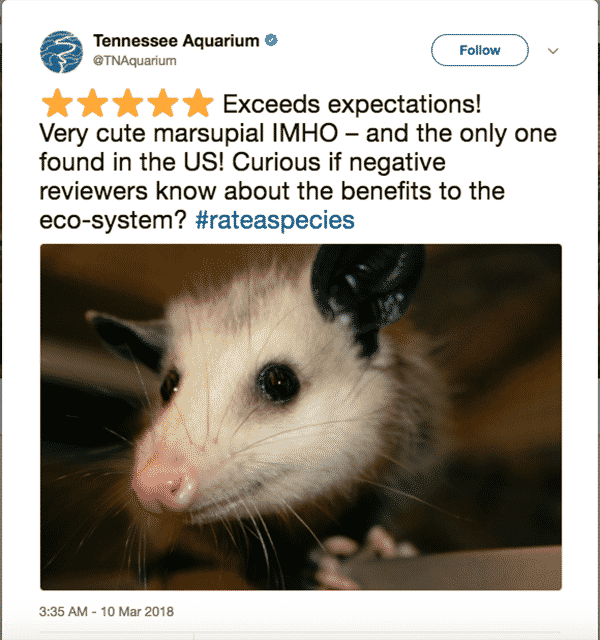 Some of the reviews provided fun facts. 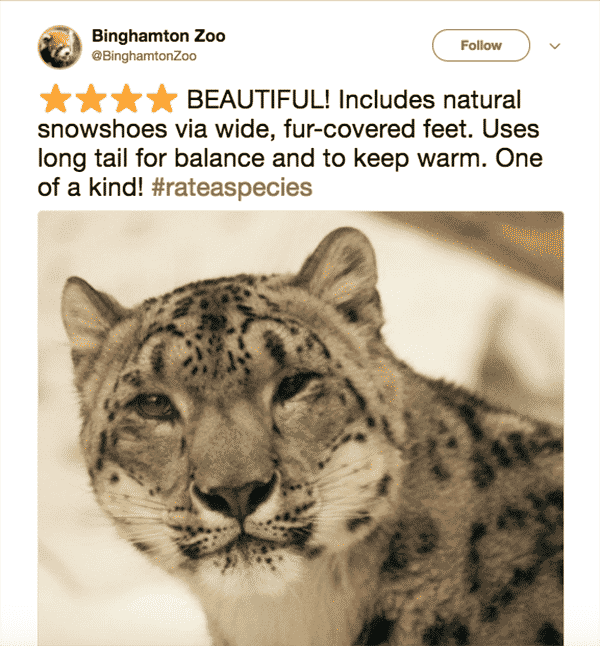 The unique characteristics of the animals were also highlighted in the reviews. 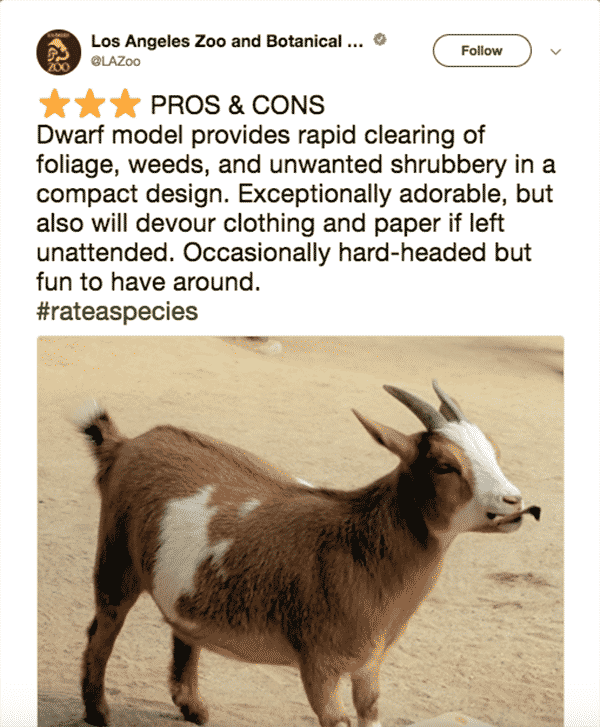 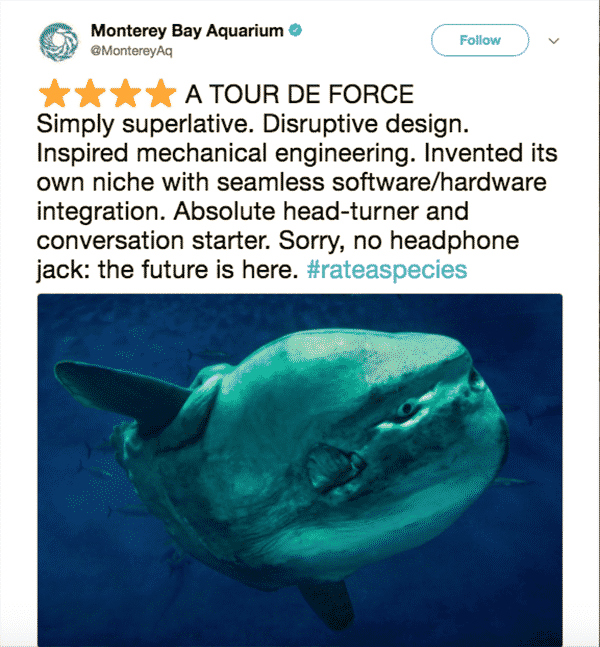 Others provided fair warnings to the readers. 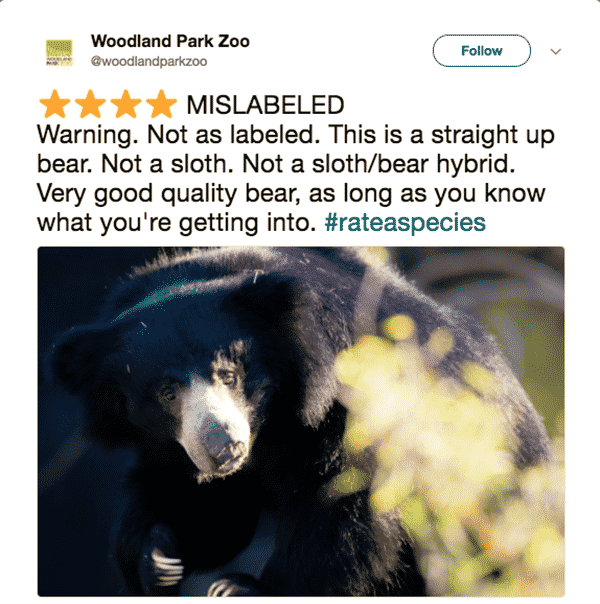 Some reviewers were generous in giving ratings, but others were quite stingy in giving away stars. 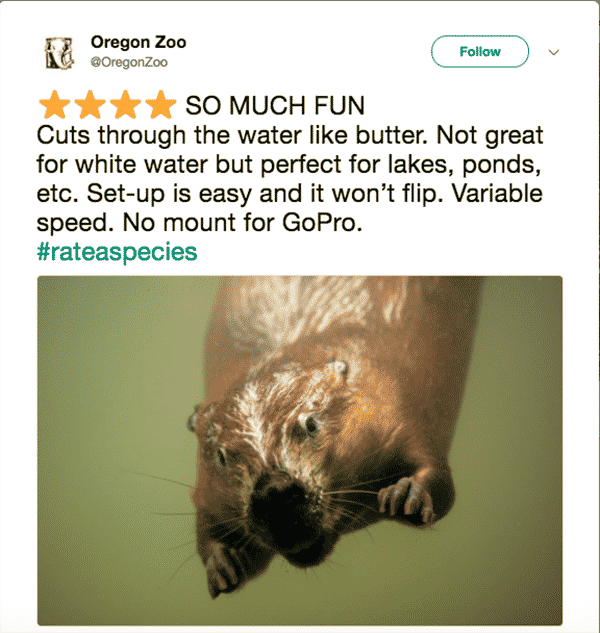 Among the institutions that participated were the Oregon Zoo, the Woodland Park Zoo, the Monterey Bay Aquarium, the Minnesota Zoo, and the Los Angeles Zoo and Botanical Gardens. 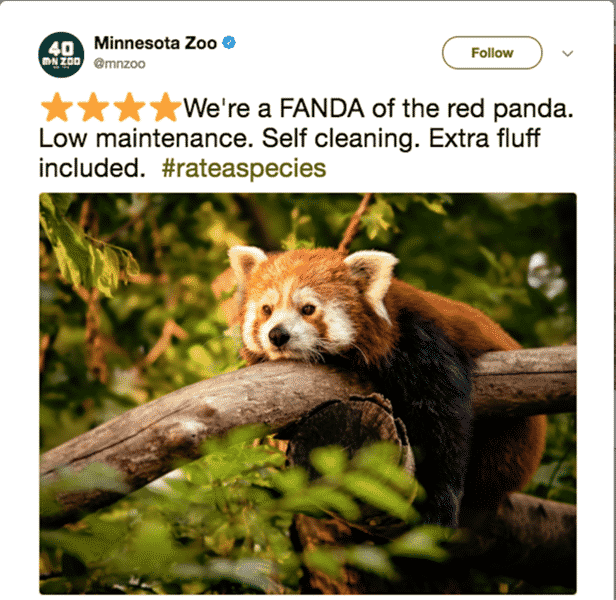 Individuals, like zookeepers, scientists, and academics, also participated in the fun. 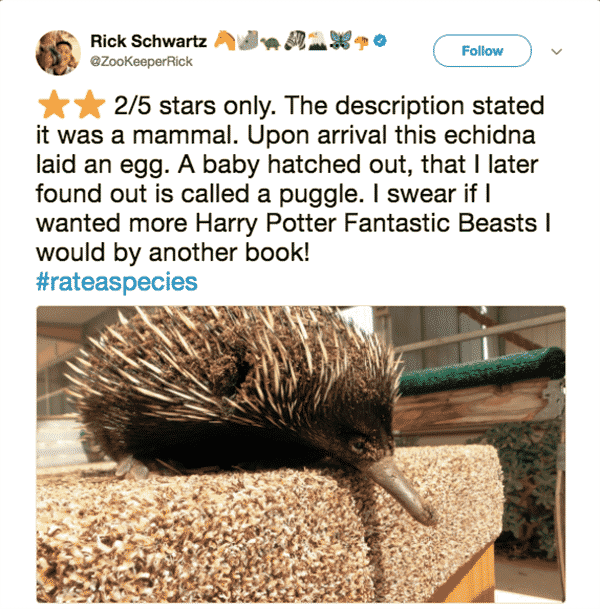 Some reviews included puns, while a lot made funny references to actual facts about the animals. 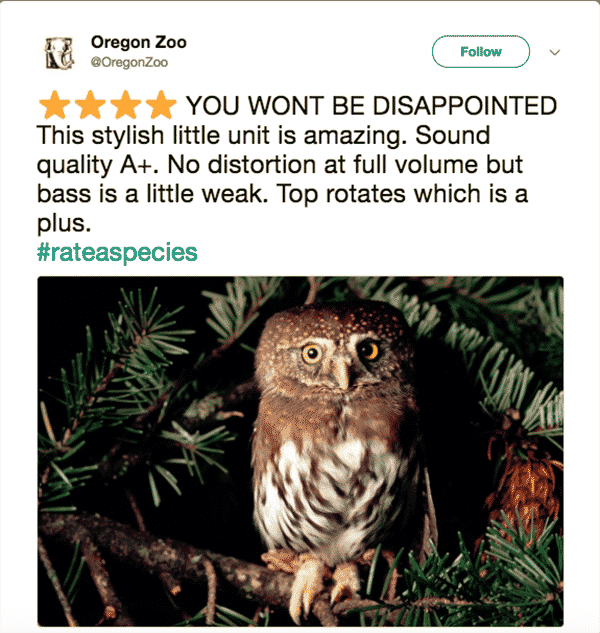 There were positive reviews, and there were unsatisfied ‘customers’ who left bad reviews of some animals. 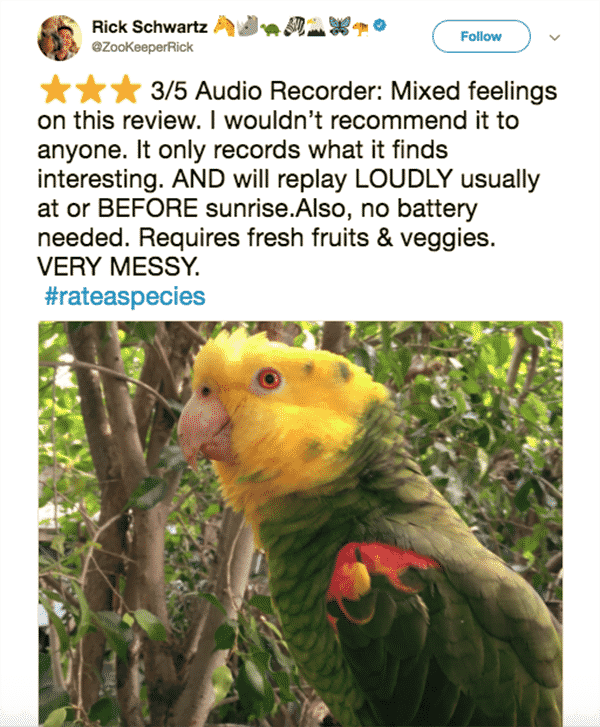 Some of the photos accompanying the reviews were also hilarious. 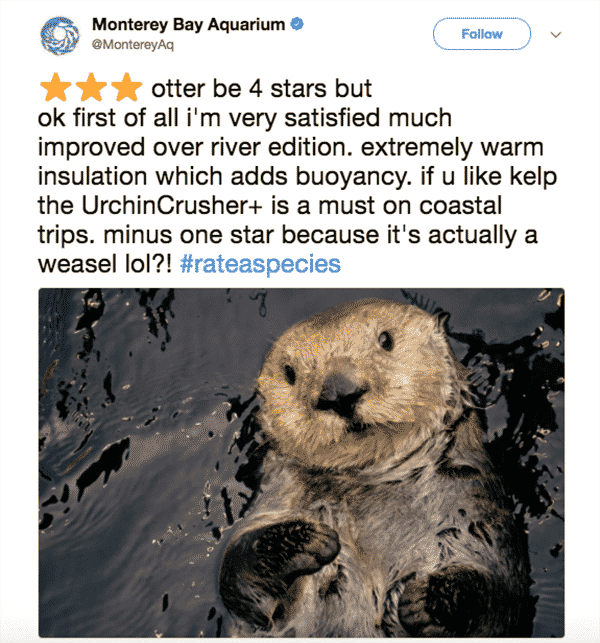 Everything from lions to bears, birds, and frogs were rated. 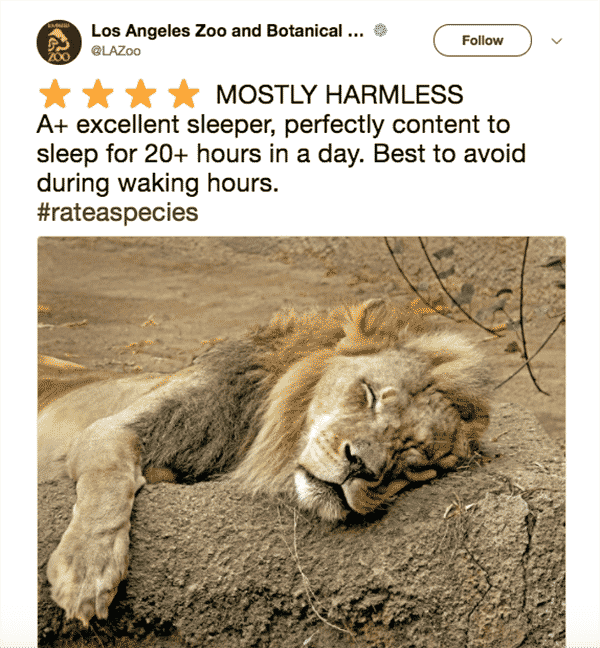 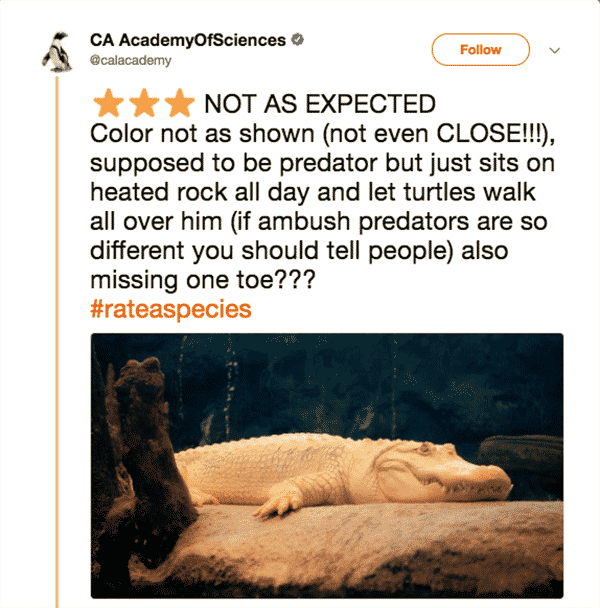 Others had better first impressions of their animals. 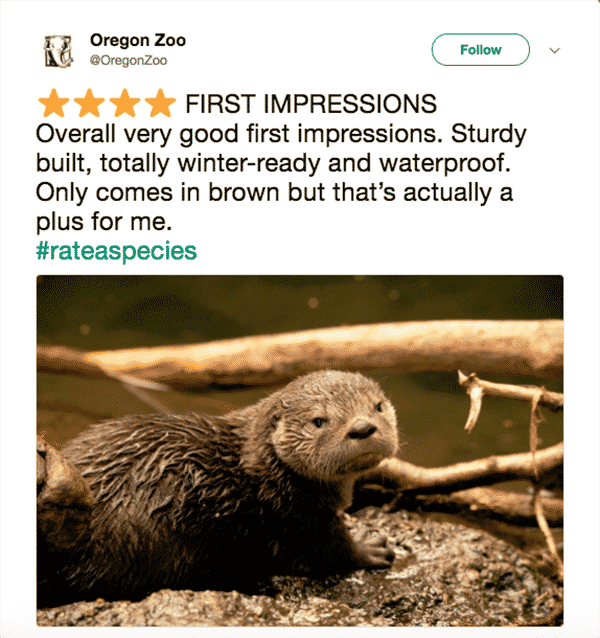 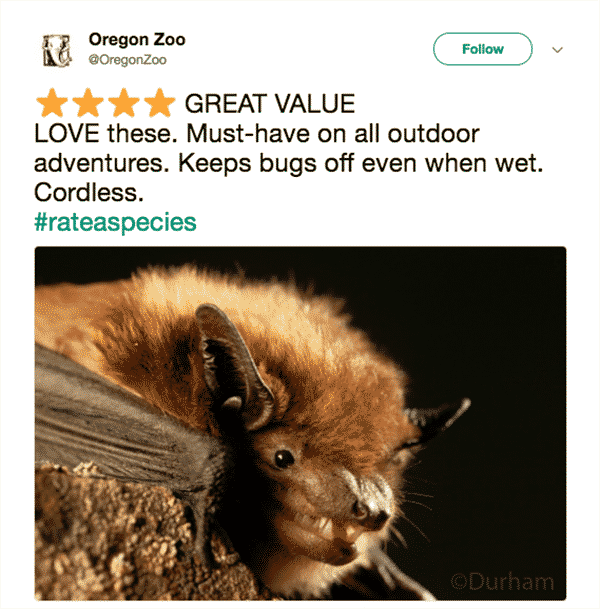 ‘Craftsmanship’ was an important factor to consider. 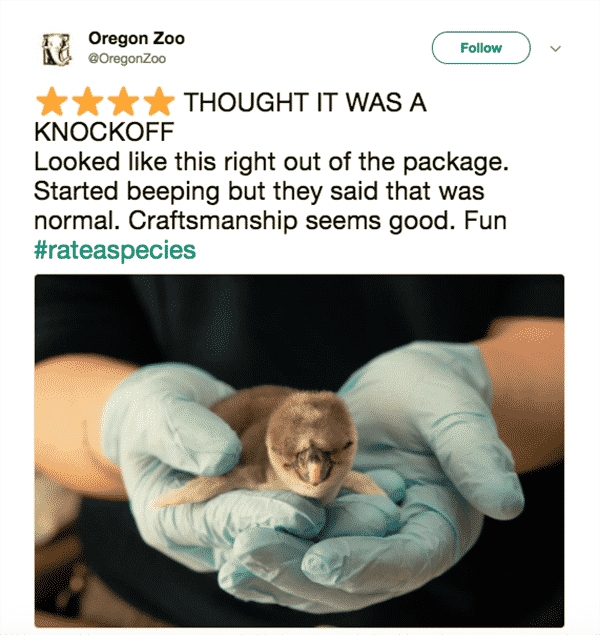 This guy, though, wasn’t as lucky as the others. 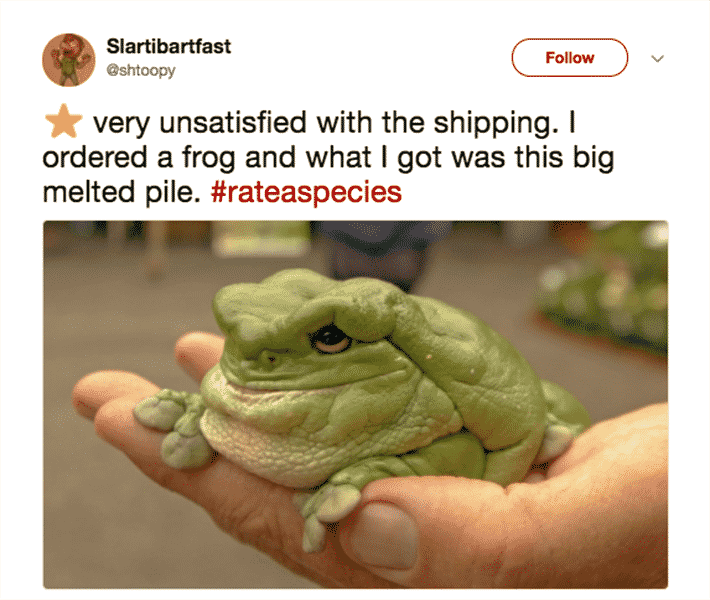