You’ve all probably seen the wildly popular Korean movie, Train to Busan, that chronicles the struggles of a father protecting his daughter from danger during a zombie apocalypse in moving train. If that’s the kind of theme that floats your boat, then you’ll definitely love this short film by Australian duo Ben Howling and Yolanda Ramke called Cargo. It was created on a budget of $3,800, and took a total of two days to make.

With no dialog and maximum cinematic impact, Cargo tells the story of a man and his baby daughter as they’re caught in a world filled with bloodthirsty zombies. Unlike in Train to Busan where the main character’s kid is already old enough to follow instructions and keep herself away from harm, the child in this short film is just a baby who could cry at any minute and alert the zombies.

The film is heartbreaking, thrilling, and sometimes hard to watch. There’s just the right balance of of anticipation and fear, though it’s nowhere near the typical zombie chase movie. It is, however, a movie about racing against time. You’ll see why immediately.

Cargo, released in 2013, was a finalist in the Tropfest short film festival, and since then it has become viral since it was uploaded on YouTube. Thanks to its online traction, movie producers have picked up the rights to make a motion feature inspired by the film, directed by same directors behind the short film.

And with a compelling story such as this, it’s set to star British actor Martin Freeman, who is known for his role as Bilbo Baggins in The Hobbit trilogy and Dr. John Watson in the Sherlock series.

Martin Freeman stars as the father in the Cargo movie. 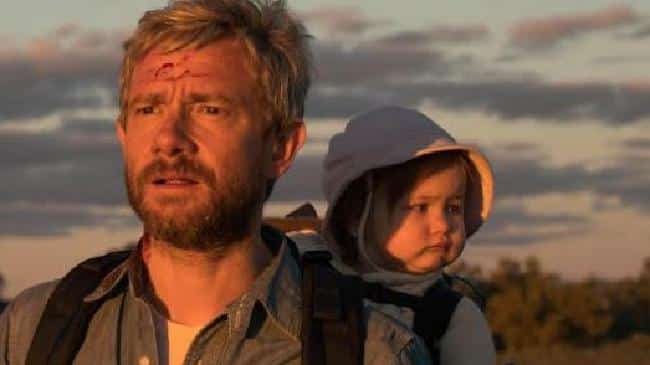 With the rising popularity of zombie movies once again, let’s hope the movie lives up to the online hype set up by the short film!