You might think that the most relaxing home would be the one with the most space, but this Yoga teacher has created a tiny 168-square foot abode where she can meditate in peace.

Rebecca Grimm is a yoga teacher who designed her own Keva Tiny House to include hidden treasures both inside and outside her home. She built her little meditation abode on Salt Spring Island, BC, and it’s quite a feat of craftsmanship! 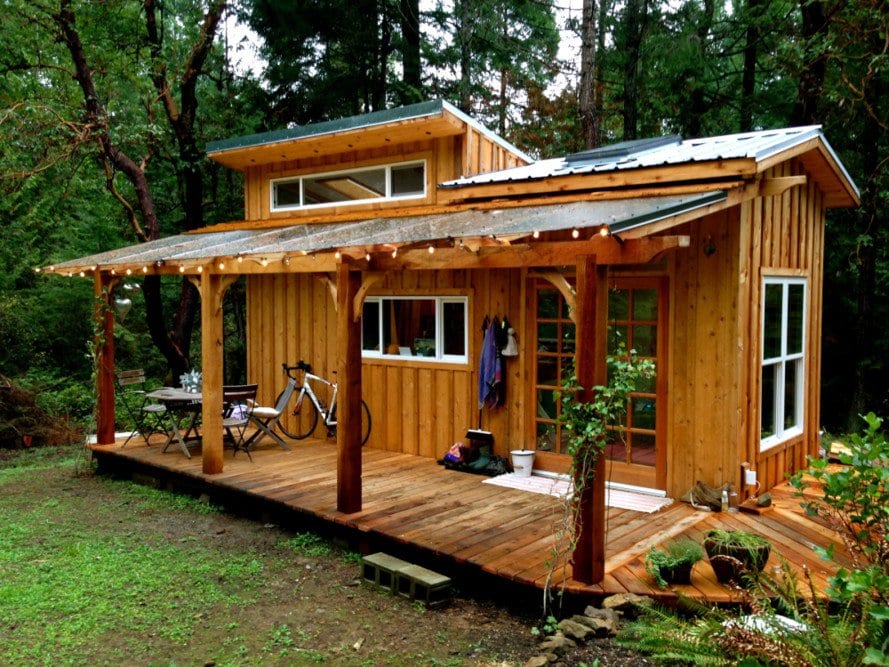 She employed the help of carpenter Rudy Hexler and an apprentice named Lenny back in 2015. Her tiny home sits in the wooded Pacific Northwest and took only 6 months and $38,500 to build.

Rebecca's house has a curved porch made of removable pallets, and is partially covered by a plexiglass awning to keep the rain out and the sunshine in. 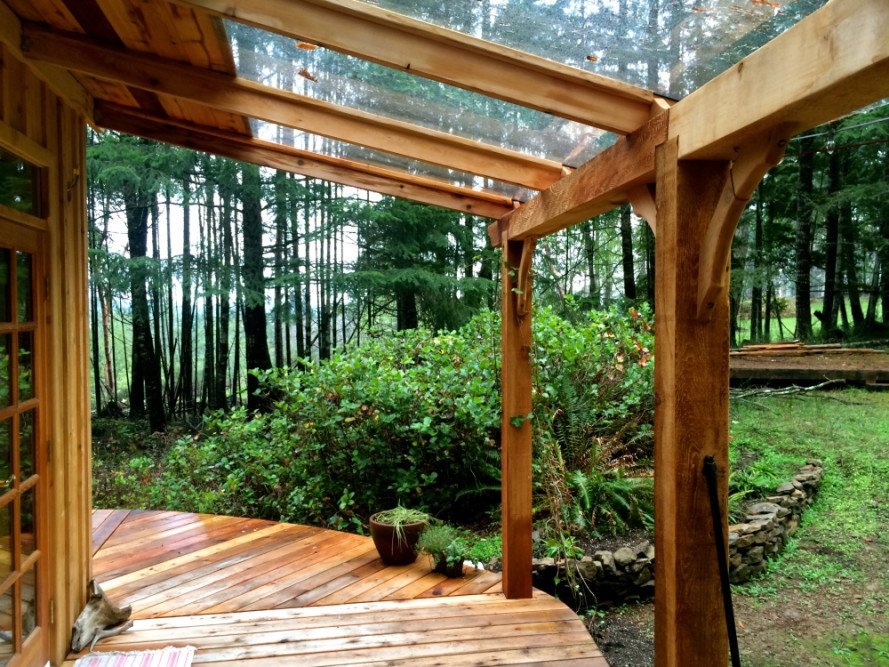 In the living room is a cast-iron wood stove and lots of space for Rebecca's yoga practice. 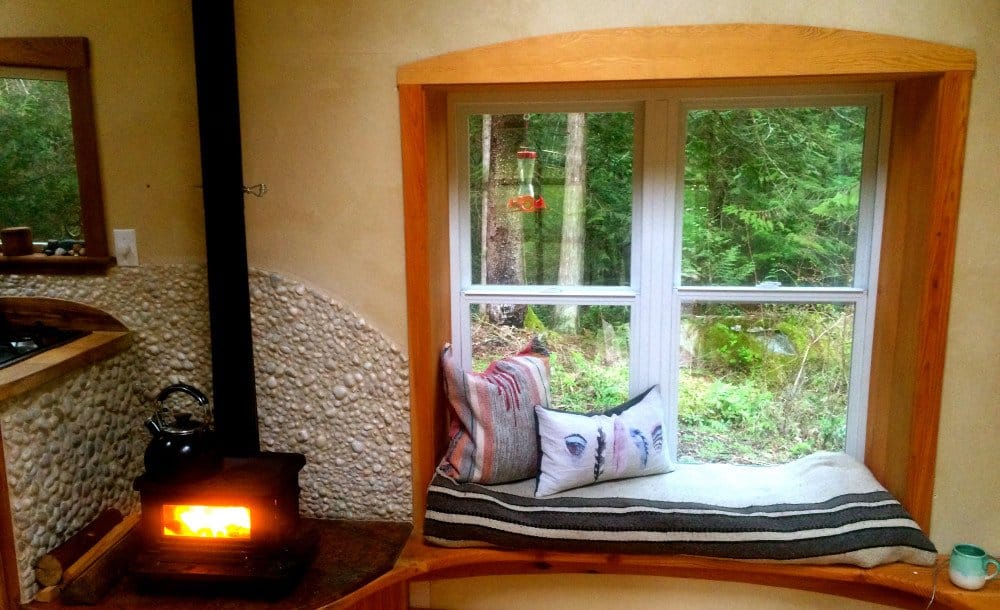 Her kitchen contains a sink, a stove, wooden counter tops, and lots of storage space. It even has a custom stone backsplash. 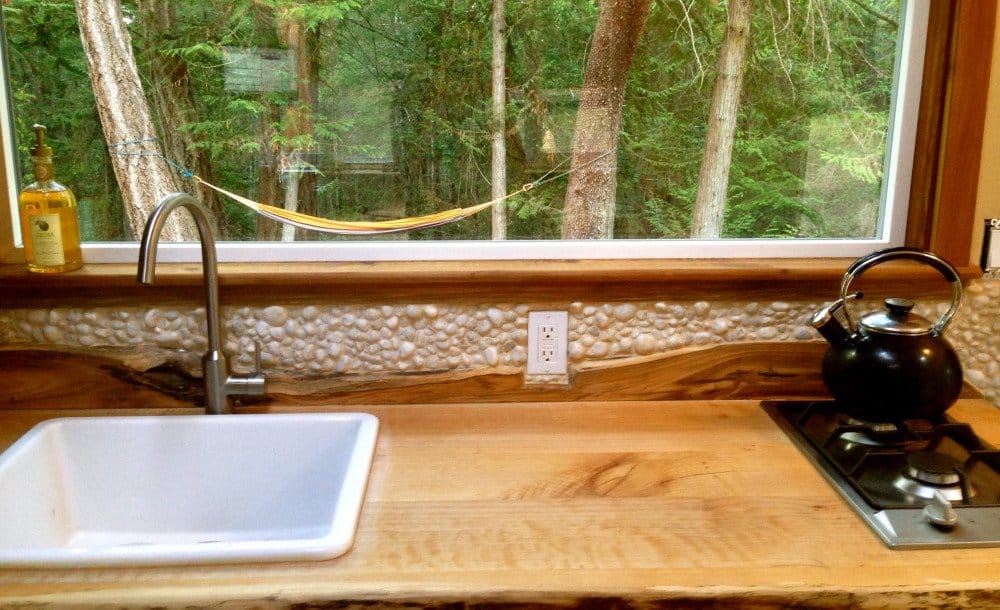 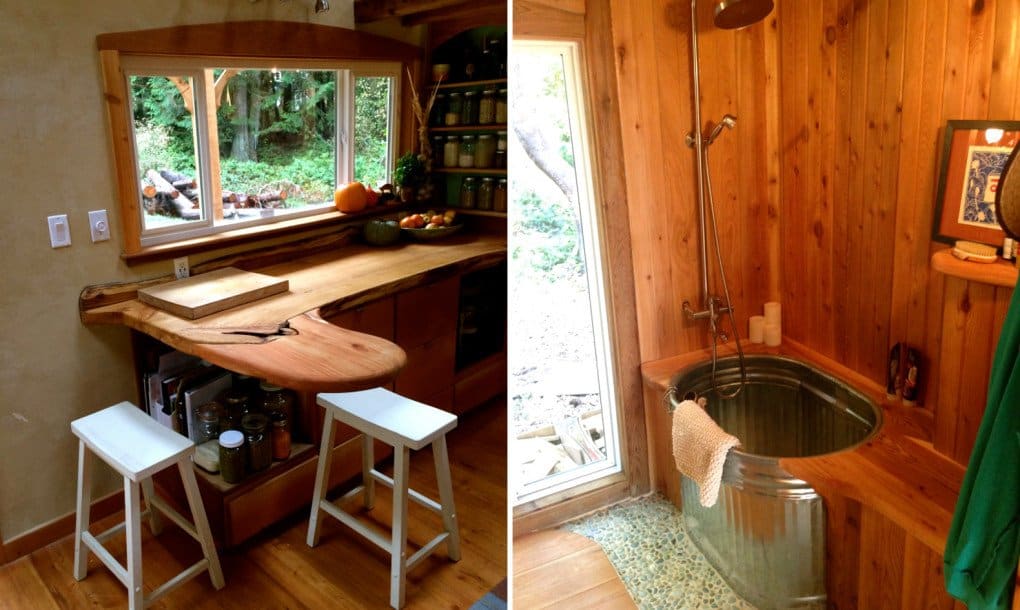 The 64 square foot bedroom loft has a slanted ceiling, but has enough space for a big bed, a built-in side table, and a built-in desk for her other stuff. 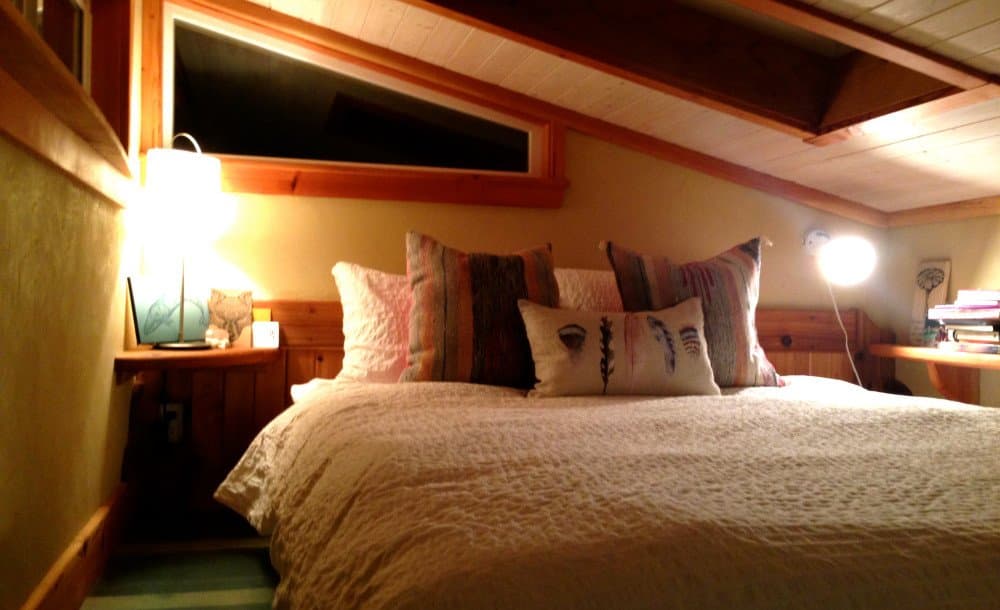 Each month, she pays just a few hundred dollars for rent on the land, a place to park her car, a place to do her laundry, and some utilities.

And when asked what she loves most about tiny houses, she has this to say: “It’s a way for young people to own their own home when they’re 20–something, and I think that in this day and age that is not really available to a lot of us.”