A New Yorker who rescued a starved and dirty kitten got the surprise of her life when the furball turned out to be a “Dracula.”

Nicole Rienzie was in a car with her mother on their way home when they nearly ran over a black kitten. Thin, filthy, and infested, the kitten had a huge eye infection that kept him from seeing where he was going. Nicole took pity on the baby feline and brought him with her to try to find him a forever home. When that fell through, she adopted him instead – and she named him Monkey.

The besotted pet owner was in for a surprise, however.

As Monkey grew, so did his teeth. In fact, they grew so much, he began resembling a vampire. 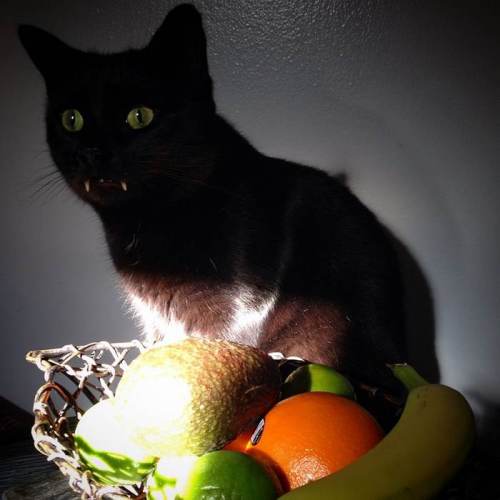 They grew so long that Nicole became concerned Monkey was suffering an abnormality. She took him to the vet and was told her black fur baby was completely fine.

While overly long canine teeth in cats are rare, they do occur, and Monkey just happened to be a rarity among felines with his sharp, elongated fangs.

That can scare the stuffing out of superstitious people.

As with any proud pet owner, Nicole posts a lot of Monkey’s photos on her social media pages, and people actually think they’re fake. 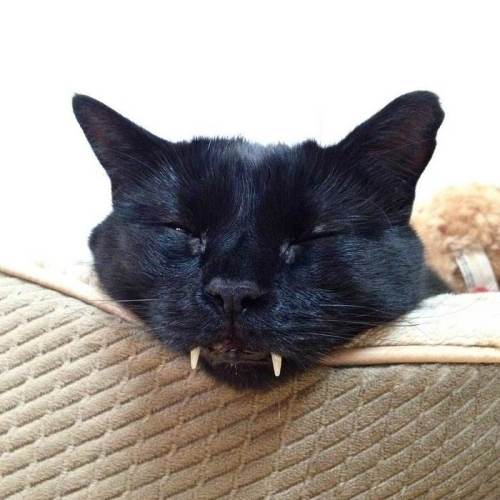 People have come out to say they believe Nicole either Photoshopped the images, or trained Monkey to wear prosthetic vampire teeth. 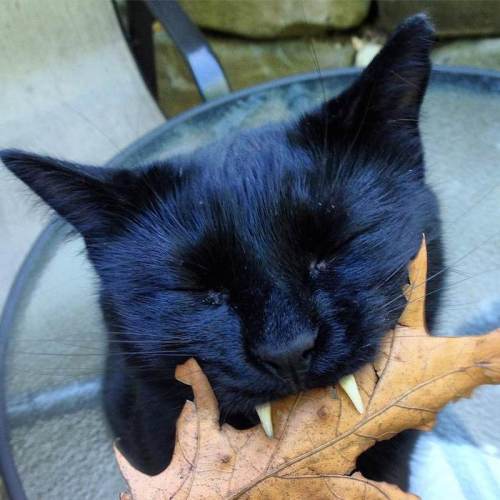 Monkey’s teeth are the real deal and despite resembling one of the killer undead, he slays at being totally adorable instead.

Nicole believes she and Monkey were meant to be together. 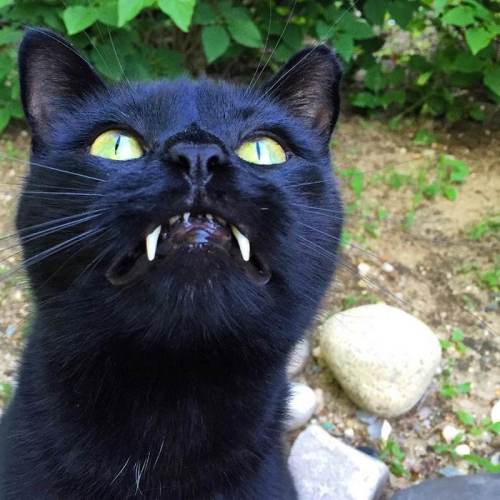 “I believe he was sent to me. A guardian angel in the form of a vampire kitty.”

Meanwhile, Monkey continues to amaze anyone who sees him with his fangs hanging out, especially when he fawns and licks all over his mom.

Who else can claim they have a “vampire” guardian cat at home? 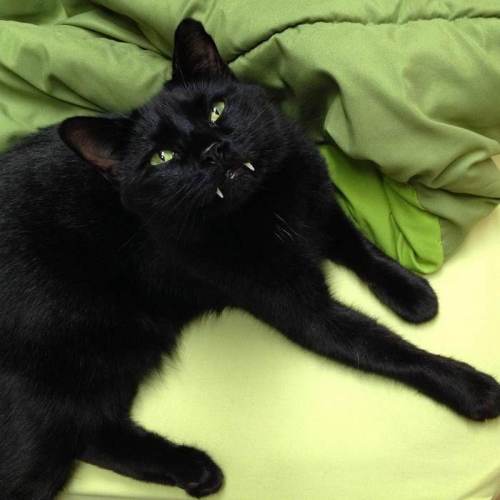