This 23-year-old woman probably has the strangest guilty pleasure. Unlike most of us who binge on chocolates, sweets, and other mouth-watering food, Emma Thompson craves on kitchen sponges.

Believe it or not, she eats between two and 20 washing up sponges a day depending on her mood and stress level.

Suffering from Pica, an obsessive compulsive disorder that makes affected individuals to crave items without nutritional value, Thompson revealed that she started chewing bath sponges from the age of three.

Soon, she discovered she preferred the taste of kitchen sponges better. 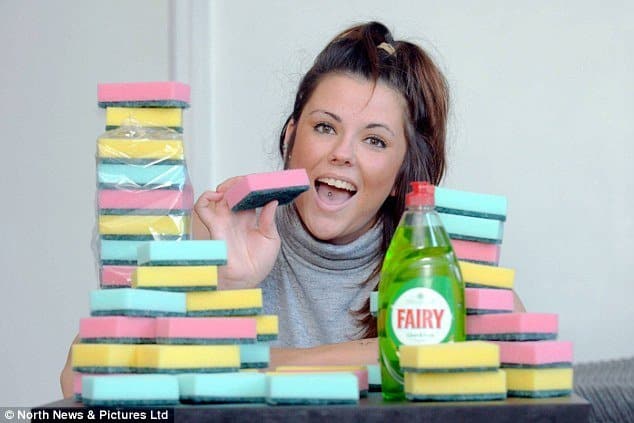 So how does Thompson make sponges more tasty and appetizing?

Apparently, the woman from from North Tyneside soaks the sponge in apple flavoured fairy liquid overnight and removes the scouring pad. Thank God!

Thompson, who volunteers at the Prince’s Trust, spends £6 a week on sponges she purchases from Wilkinsons and Poundland.

“I enjoy the taste of it, I enjoy it more than food. Some people go out for a steak, I would rather go out for a sponge. It’s a guilty pleasure, some people smoke – I eat sponges. It’s not a dirty habit, it’s a clean [one]. My friends takes the mick out of me and say: ‘Are we going to have sponge and chips for tea?’. I chew it and sometimes I swallow it. I like the smell and taste of the washing up liquid on the sponge. It tastes like apples, it’s quite foamy. My mouth gets full of foam,” Thompson said.

Surprisingly, Thompson only suffered tonsillitis from consuming too much washing up liquid. However, experts warned that Thompson’s strange habit may result to vomiting, diarrhea, nausea, and abdominal pain.

Still, Thompson has no plans of giving up her bizarre addiction soon. 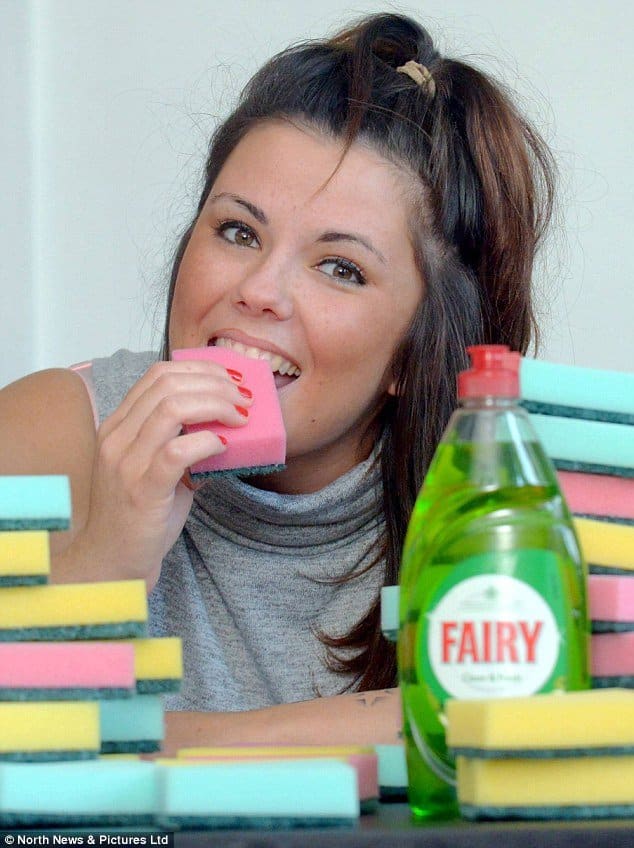 “People say what are you going to do if you get pregnant as woman sometimes eat them when they are pregnant. But I eat them all the time. When people find out about it they call me weird. They are shocked by it and ask lots of questions. I think there’s a lot of people who do it but won’t talk about it.”

Learn more about Thompson’s bizarre craving by watching this video.