When you decide to go for a cosmetic surgery, you might as well invest in an expensive treatment rather than go for more affordable ones that don’t likely guarantee wonderful results. Unfortunately for one woman from Thailand, this lesson had to be learned the hard way.

The unnamed woman had a nose job that went horribly wrong, her implant started protruding from her face, specifically between her eyes. The patient was brave enough to share with people her horrific photos that should serve as a warning on the dangers of cheap cosmetic surgery.

This woman was hoping to have an enhanced nose but ended up with this horror. 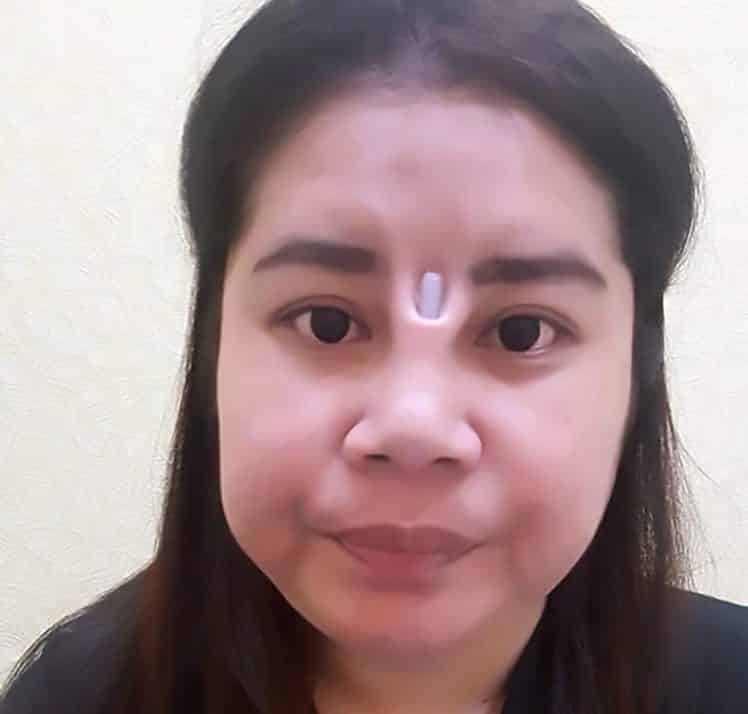 She had infections before the implant started protruding out of her face. 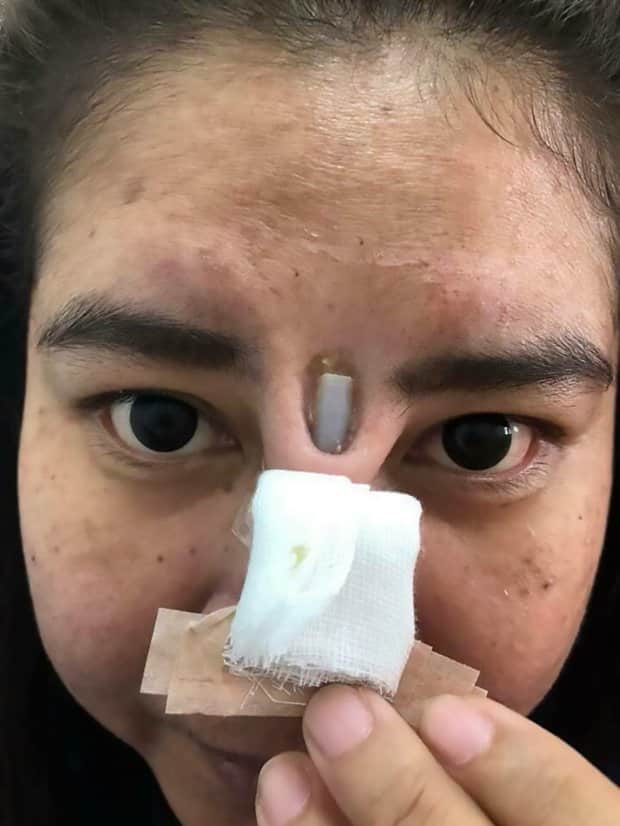 The woman shared her photos to warn others about cheap plastic surgery. 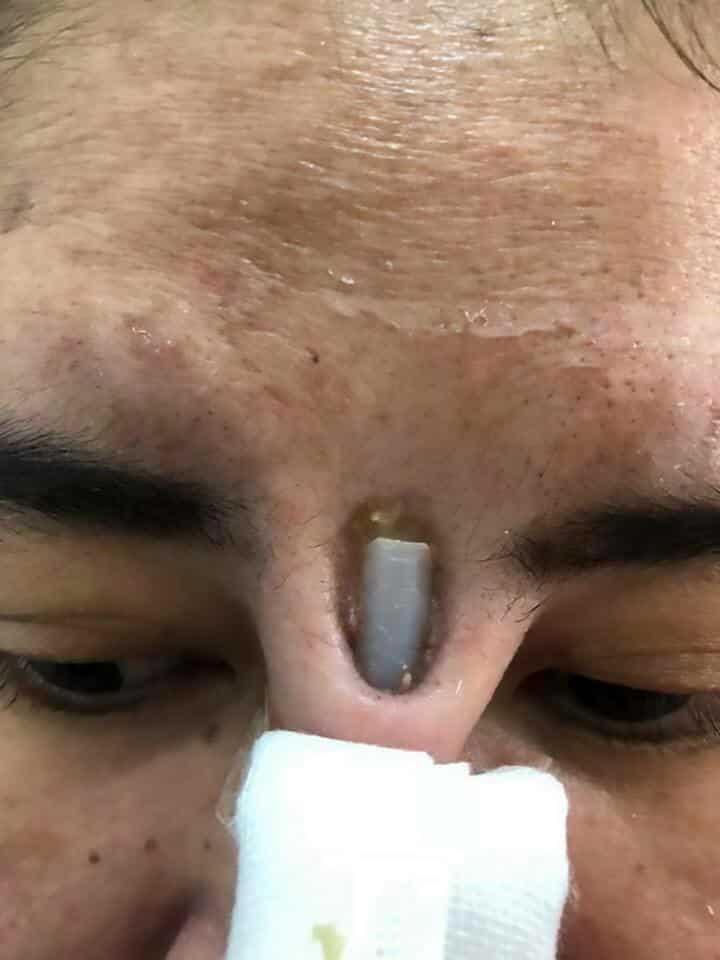 The woman had several infections and inflammation felt on the site of the nose implant. Soon enough, the implant started piercing through her skin between the eyes.

She said she had wanted a back job for the botched surgery but the undisclosed clinic she went to declined to help her or did not want to have to do anything with her case. She then turned to a cosmetic surgery hospital in Bangkok for help, where she was given free treatment.

Doctors have since removed the implant and addressed the infection. 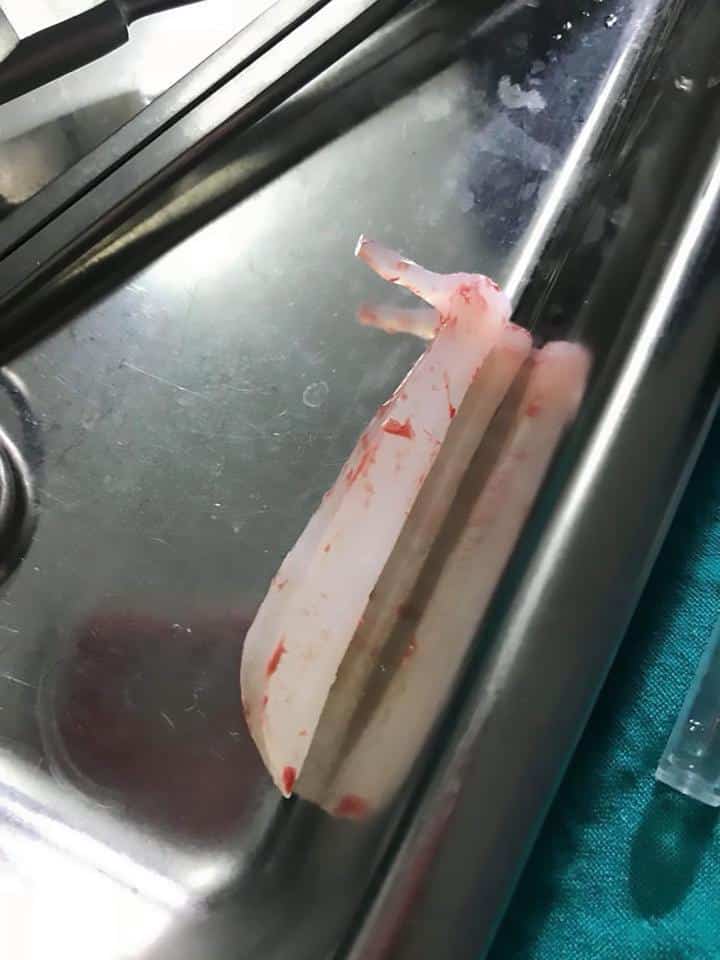 The bad thing is that the patient now has a huge crater on her nose. 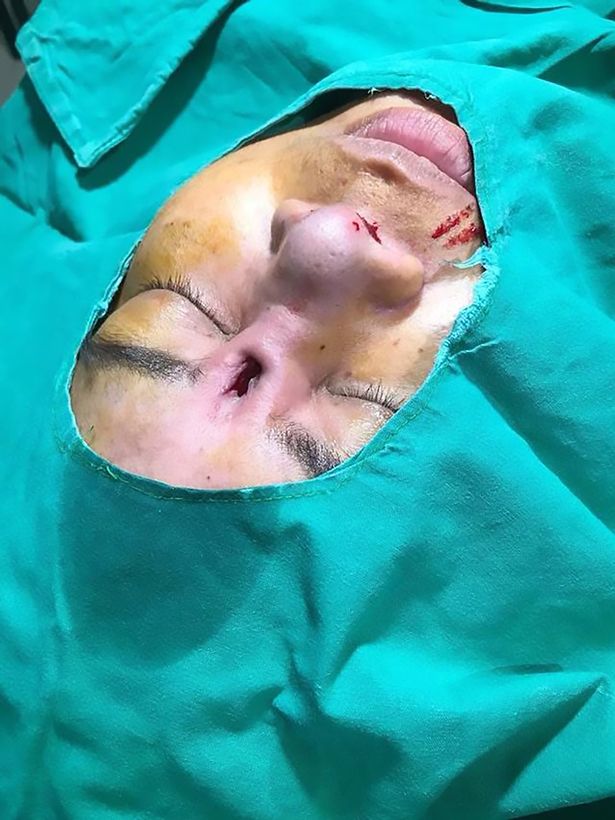 The woman is still waiting for the doctors’ next move to fix her nose. She then took to social media to share her experience and the graphic photos went viral. Cosmetic surgeons also used her story to remind people how risky cheap cosmetic surgery can be.It remains to be seen if the woman will take legal action against the clinic who did the failed rhinoplasty.