What could have the lovable, honey-loving, yellow bear done to provoke anyone? Apparently, Winnie the Pooh has been banned on all social networking sites in China. All photos of the cute cartoon character, as well as the mentions of its Chinese name online, have been deleted.

The Chinese censors didn’t give an official reason but according to reports,it is because Disney bear ‘of very little brain’ is being used by netizens as a funny, politically-sensitive reference to China’s top leaders. Bloggers in China are comparing Winnie the Pooh to their President.

In 2013, there was a viral comparison of a photo of President Xi and then-US President Barack Obama with Pooh and his friend Tigger. 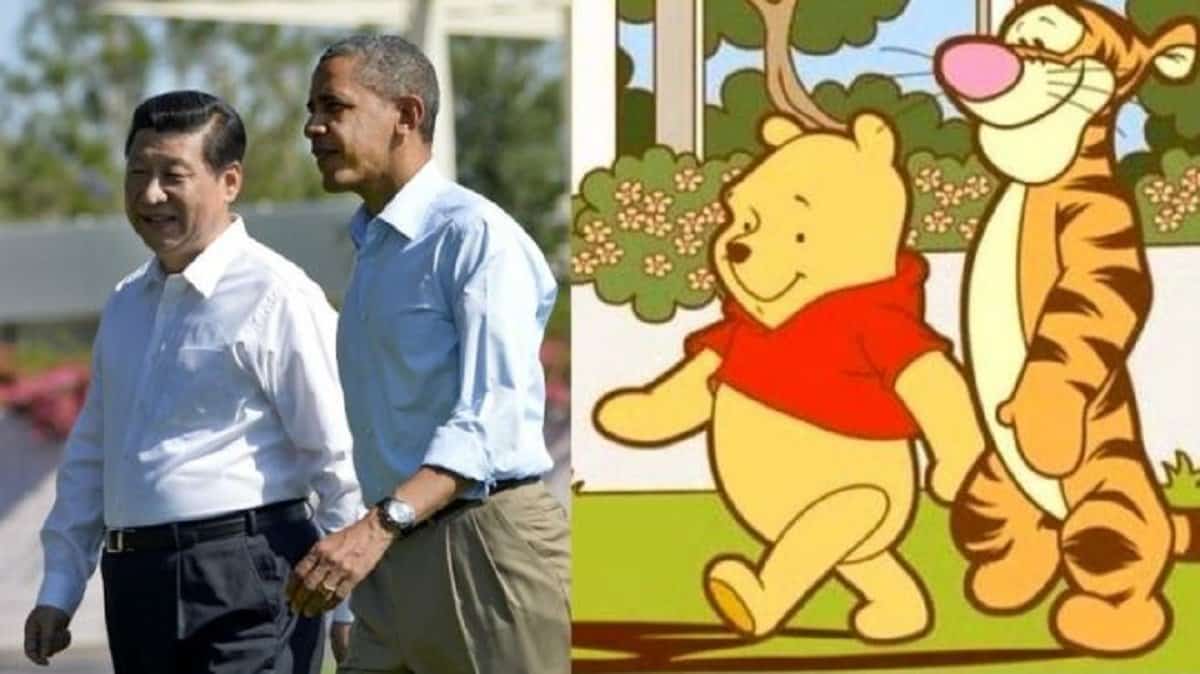 In some countries, these kinds of photos might be loosely treated as a funny meme but not in China. BBC News revealed that it’s not only that Chinese censors do not tolerate this kind of ‘ridicule’ to their country’s leaders, they also fear that the cartoon character will become a kind of online euphemism for the Communist Party’s general secretary.

When Xi Jinping and Japan’s Prime Minister Shinzo Abe had one of the most awkward handshakes in history, they were compared to Winnie the Pooh and Eeyore shaking hands.

Even their facial expressions look similar.

There was also a time when Xi Jinping stood up and popped his head out of roof of his special Red Flag limousine while inspecting troops, a similar photo of a Winnie the Pooh toy car eventually appeared online.

It’s a shame poor Winnie doesn’t have a limousine. 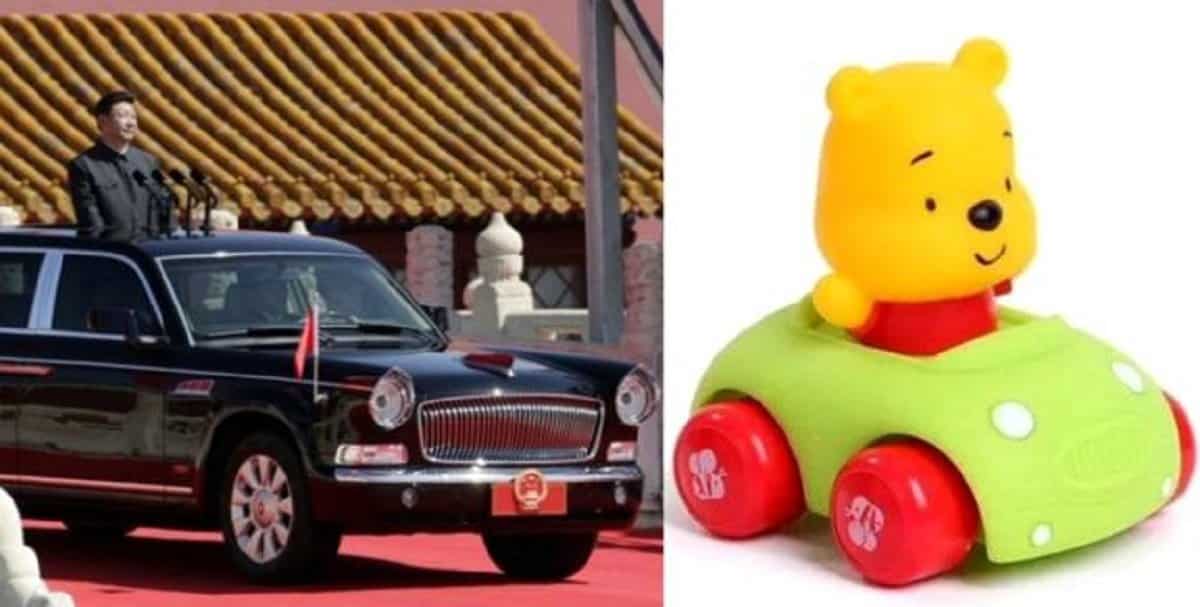 All images and the mentions of the Chinese name of Winnie the Pooh on social networking sites in China are being blocked, leaving users with an error message which reads:

Even stickers and GIF’s of Winnie the Pooh in the popular messaging app WeChat has all been removed. The ban coincides with the run-up to China’s 19th Communist Party Congress.