The US government recently bombed eastern Afghanistan. The massive GBU-43 bomb was used. However, WikiLeaks is making an equally explosive claim about the incident. While US defense officials have highlighted the mission as a crucial move against terrorism, WikiLeaks is saying that the US government is actually just destroying its own creation.

Evidently, the attack supposedly targeted the caves and bunkers that were being used by fighters of the terrorist group Islamic State. The ISIS branch operating in Afghanistan and Pakistan is known as ISIS-K. The “K” refers to Khorasan, which is the ancient name of the area where Afghanistan belongs.

The $314-million GBU-43 bomb is definitely a tool for mass destruction.

The US government stands by the decision to use the GBU-43 bomb, which is, by far, the largest non-nuclear bomb that the country has ever used in combat. The bomb weighs 21,600 pounds. As such, news agencies have even nicknamed it the “mother of all bombs.”

“The bomb was dropped from an MC-130 aircraft in the Achin district of Nangarhar, bordering Pakistan,” report Reuters correspondents Ahmad Sultan and Hamid Shalizi.

The cave complex is a labyrinth that's ideal for hiding. 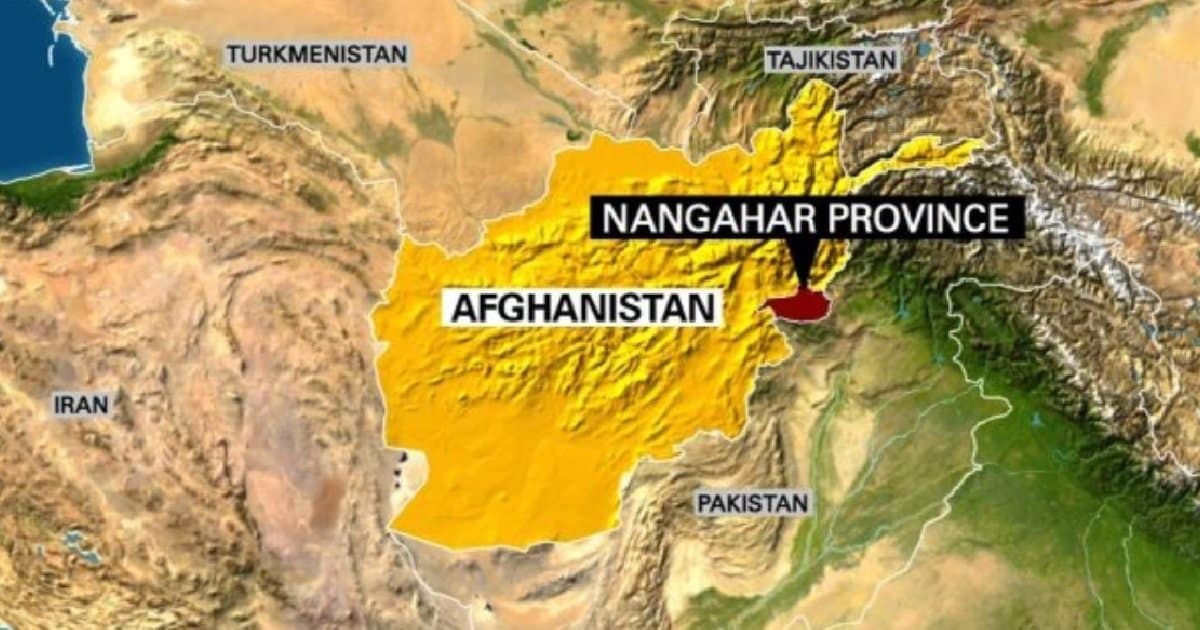 The Reuters report went on to reveal:

“Afghan defense officials said that as many as 36 suspected Islamic State militants were killed in the strike on Thursday evening April 13) in the eastern province of Nangarhar. They said that there were no civilian casualties.”

Meanwhile, the Islamic State claimed that they didn’t suffer any casualties.

So far, the claims of both sides have yet to be verified. However, amid the chaos, WikiLeaks — which is known for releasing classified information — presented its own bombshell. WikiLeaks tweeted, “Those tunnels the U.S is bombing in Afghanistan? They were built by the CIA.” The CIA is, of course, the US’ very own Central Intelligence Agency. Along with the tweet, the group also shared a link to a 2005 article from The New York Times.

An explosive "history lesson" from WikiLeaks.

Indeed, The New York Times article pointed out that the series of caves and bunkers were located in an area called Tora Bora. As it turns out, Osama bin Laden had supposedly used the caves and bunkers in the area when he was one of the mujahedeen (fighters in a jihad) in the 1980s.

Back then, the CIA financed the jihad against the Soviet occupation. The New York Times noted that the caves and bunkers at Tora Bora were part of a “CIA-financed complex built for the mujahedeen.”

We can't ignore the claims of an ex-CIA employee, can we?

Over the years, as Afghanistan continued to undergo hostilities, the caves were taken over by ISIS fighters (or so the US government claims). The intricate and impenetrable series of caves were definitely beneficial for them.

Nevertheless, US President Donald Trump is undoubtedly proud of the mission. In fact, CNBC quoted him as saying,

“Everybody knows exactly what happened and what I do is I authorize my military. We have the greatest military in the world and they’ve done their job as usual. So, we have given them total authorization.”

Watch how the bomb was dropped.

As such, Trump pronounced the bombing of the caves in Afghanistan as a “very, very successful mission.” On the flip side, critics have mocked the mission. Snowden, in particular, had pointed out that the US has spent hundreds of millions to destroy something that it also spent millions to create.