The president of Egypt is calling out migrants who are heading for Europe yet refusing to integrate into the countries they are moving to. The world leader declared that they should abide by their new home’s laws and culture, and anyone who isn’t willing to do that should stay where they are.

Abdel Fattah al-Sisi recently spoke out at a World Youth Forum in Sharm-el-Sheikh, Egypt. The president addressed migrants and their refusal to adhere to traditions of the countries they move to. In addition to that, al-Sisi called for people of countries like Afghanistan to take care of their own homeland first.

Al-Sisi didn’t mince words when he addressed the migrant crisis. 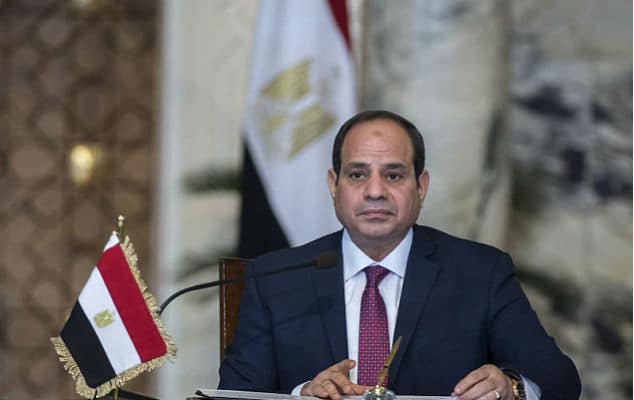 Al-Sisi stated that each country should take care of their own people first.

“Every country has the right to protect its people and their interests. It must generally respect human rights in a framework that preserves its national interests. Instead of asking me why countries [in the West] close their gates to us, you should ask yourself why the people of Afghanistan don’t take better care of their own country. Why have they been killing one another for 40 years?”

The president urged that countries like Pakistan, Egypt, Syria, and Libya should first consider fixing their own problems before asking for help from countries that are more stable.

“We fight amongst ourselves in our own countries, and then we expect countries that work day and night to achieve progress to protect their people and to maintain a certain standard of living for them – we demand that they let us in so we can have part of their [success].”

“Do you expect them to open their doors so that we can go there demanding to keep our own culture?”

The president spoke earnestly during his speech.

Egyptian President Al-Sisi: People in Undeveloped Countries Should Not Expect the West to Welcome Them; They Should Solve Their Own Countries' Problems Instead pic.twitter.com/ZN5hK203Zl

Al-Sisi also told would-be migrants to reconsider moving if they have no plans to integrate into the new country they are moving to.

“By the way, if you go to another country as a guest, you must completely abide by its laws, customs, traditions, and culture. You must abide by them completely. If you are not willing to do this, don’t go.

“Don’t expect them to open the door for you so you can go into their country and cause trouble. No.”

The president took power in Egypt in 2014. Since then, Al-Sisi has been working with other world leaders to resolve the migrant crisis.