It sounds like a hilarious idea for a party game but yes, “wife carrying contest” is a real competition in Kazakhstan.

Recently held at the city of Almaty (the country’s former capital), this bizarre contest features husband and wife tandems in a challenging obstacle race. The entire course measures about 830 feet (253.5 meters) on the shore of Lake Sayran. The guys, while carrying their respective wives on their backs or shoulders, have to run the sandy beach, hop over tires, and even pass through a shallow lake.

As its name implies husbands have to carry their wives in the “wife carrying contest.” 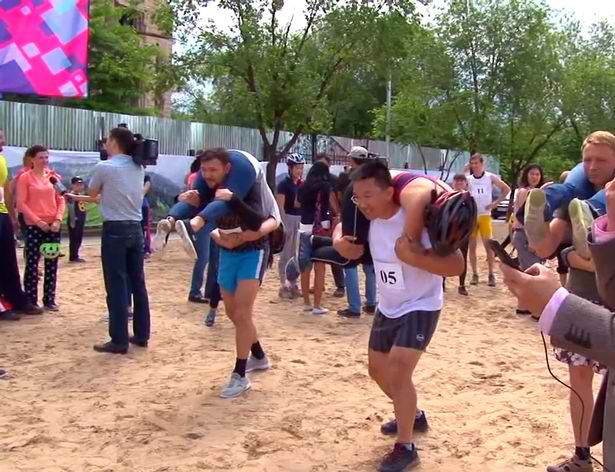 The deal here is that the husbands need to finish the course as fast as they can without hurting their wives. If a wife is dropped at any stage during the game, penalties will be given.

Competitors have to complete the obstacle-filled course in the shortest time possible. 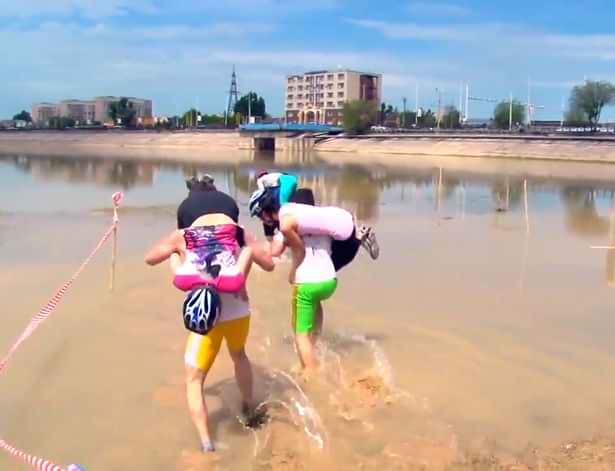 Also, those running the competition made it a point to have a fair fight among participants. If a man’s spouse weighed lower than 49kg, he’d be required to carry extra weights. 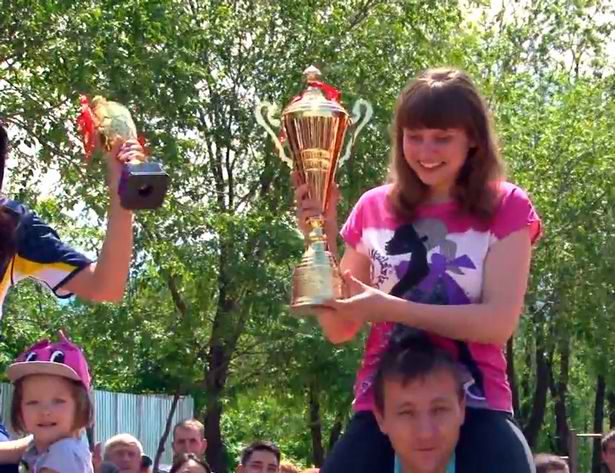 Timur and Ina Zhangabulovy bested out 30 other couples in the contest after completing the race in merely 1 minute, 40 seconds.

“There were a few times when I nearly dropped my wife in the water as we did not train for that part.”

Viktor Kovalev, one of the participants, commented:

“I love these events. Even though they might be physically difficult, you feel great afterwards.”

Organizers say they hope the contest will motivate couples to live healthy lifestyles. 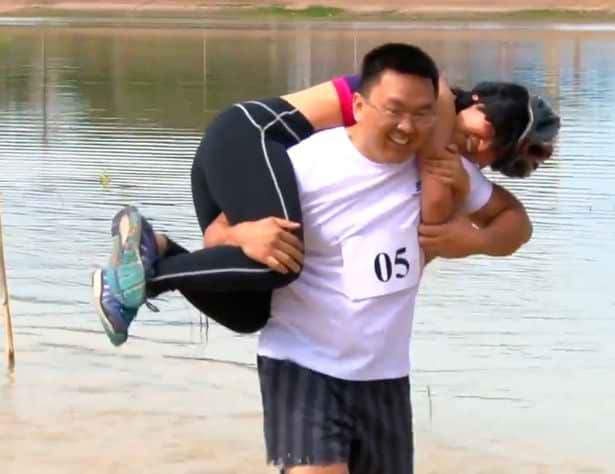 Furthermore, event organizer Nazar Mukhametzhan said they are actually hoping that the contest will encourage couples to live healthy lifestyles.