Andy Sandness, 26, tried to kill himself by putting a rifle under his chin in 2006. His attempt was unsuccessful and it resulted in his distorted face. For almost 10 years, Sandness withdrew himself because he feared of what people might think of his face. But in 2016, he received something that would change his life – a new face.

Sandness’ new face coincidentally came from someone who also committed suicide. In the middle of 2016, Calen “Rudy” Ross shot himself to death, leaving behind his wife, Lilly, and their then-unborn child. Lilly decided to donate some of Calen’s organs, as well as his face. And just last month, she met Sandness, the man who is now wearing her late high school sweetheart’s face. 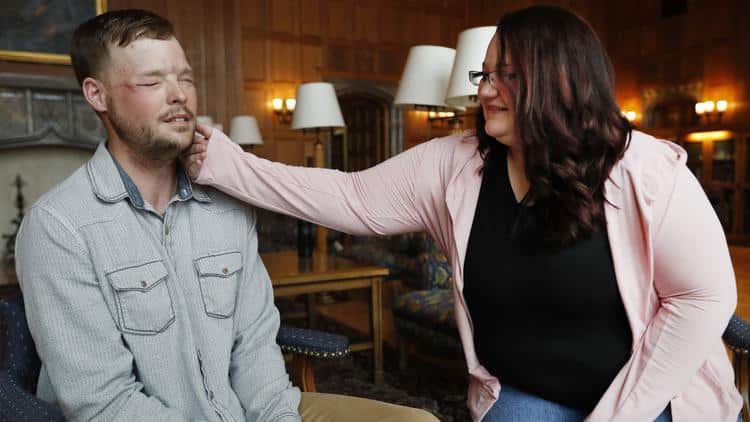 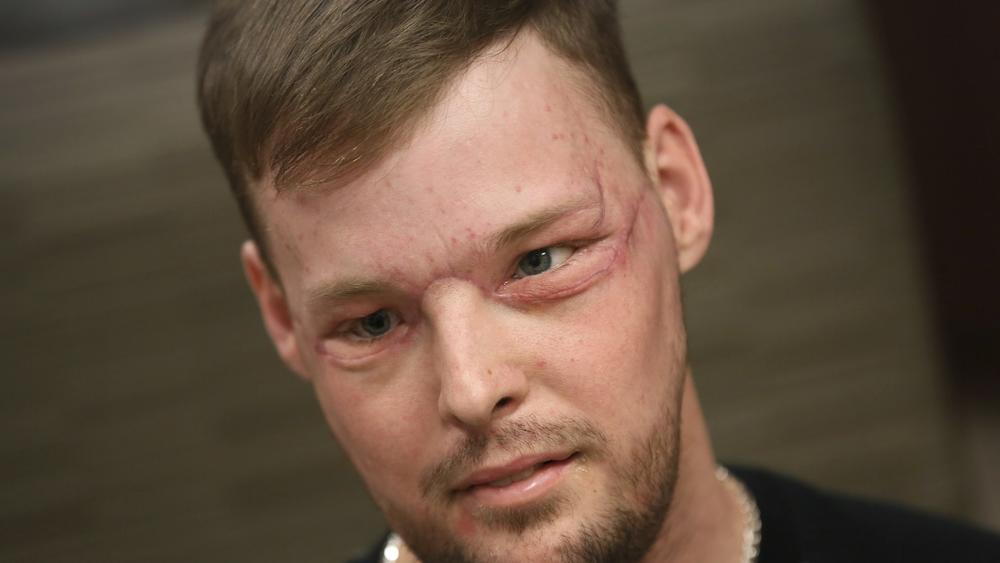 Sandness started considering getting a face transplant in 2012 and was fortunately placed on the waiting list in 2016. Lilly, on the other hand, was eight months pregnant with her baby when husband Calen committed suicide.

Facial transplants were first performed in 2005 by a team of French surgeons but Sandness’ operation was performed by Mayo Clinic – a first time for the group. It took over 60 medical professionals to work on Sandness and the operation lasted for about 56 hours. Sandness and Calen’s blood type, skin color, facial structure and age closely matched that surgeon Dr. Sarmi Mardini could have sworn they were related.

At first, Lilly worried about seeing what the result was. 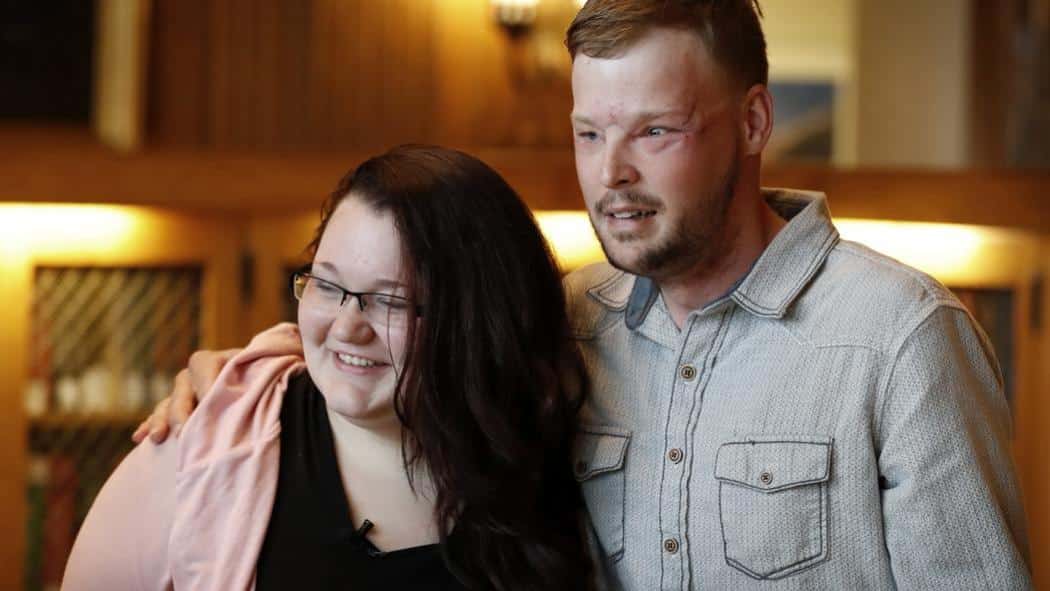 Lilly thought she couldn’t bring herself to meet Andy, thinking that she might see her husband in him and bring back painful memories. But Lilly was relieved to see something different – a man that her husband helped. She told the Associated Press:

“It made me proud. The way Rudy saw himself…he didn’t see himself like that.”

Lilly shows off pictures of her ex-husband. 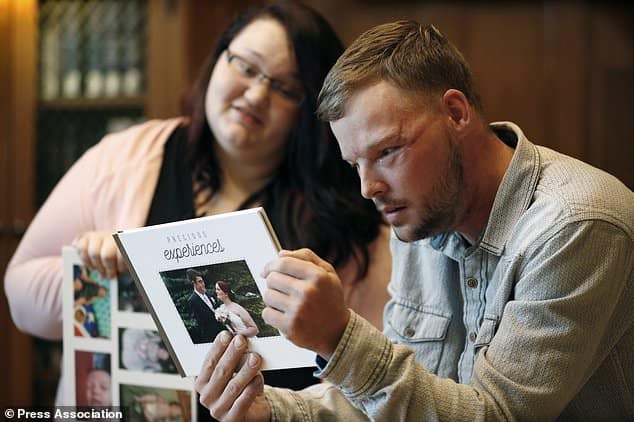 There was even an emotional encounter between Sandness and Lilly's son, who never met his father. 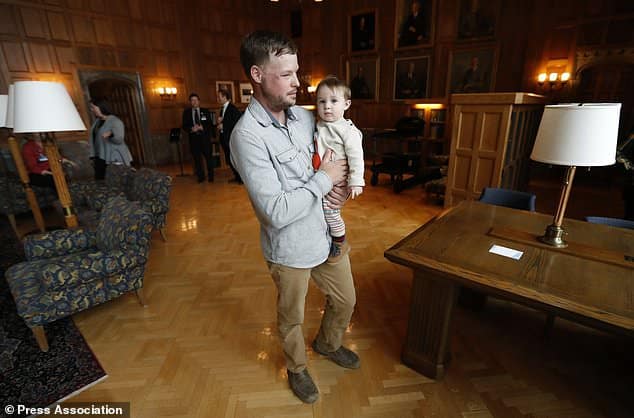 Adjusting to life with a new face will be work for Sandness. He is currently taking anti-rejection medications and working hard in retraining his nerves so it will be in sync with his face.

Watch Lilly and Andy’s emotional encounter in the video below.