Simon Watson, a British man who is thought to be the world’s most productive sperm donor, claims he has father over 800 children in 16 years. He finds his clients through Facebook by advertising his sperm donation services. He offers this, as he terms it his “magic potion”, at £50.

Watson who is from Wembley, London said he has helped people from 12 countries around the world including Spain and Taiwan. He meets women in hotels and car parks, from the UK and other parts of the world, every week and delivers his sperm.

In October 2015, he posted on Facebook that a first time client told him that it was a success in 3 days, and it was three first time tries. He said that he must be slowing down that year because in 2014 he got 3 pregnant within 8 hours. His Facebook page is full of pictures of his biological children and success stories.

One woman wrote on Watson’s Facebook page that it’s very hard for gay couples because they either have to spend thousands of pounds to do it secretly, or take many years waiting for NHS to prove their capability to become parents. She said that this chance for them at parenthood is a bargain.

Watson’s website details how you can get his “magic potion”. 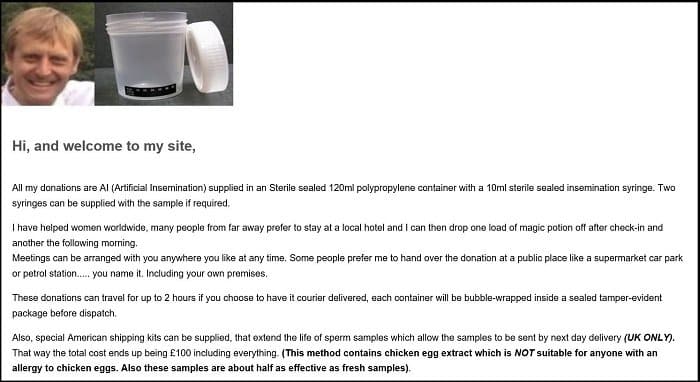 Watson told BBC that if people go to a fertility clinic they would have to go through a long process like counseling sessions, tests and then pay a big amount for the service. However, if they get a private donor they can just meet somewhere and just get what they want, and that would be more practical.

According to the chief executive of the National Gamete Donation Trust, Laura Witjens, women using Watson’s sperm donation save money by avoiding costly and lengthy fertility treatments and IVF. “What I find surprising is women investigate holiday destinations more than this”, Witjens further stated.

Watson has fathered over 800 children in the past 16 years. 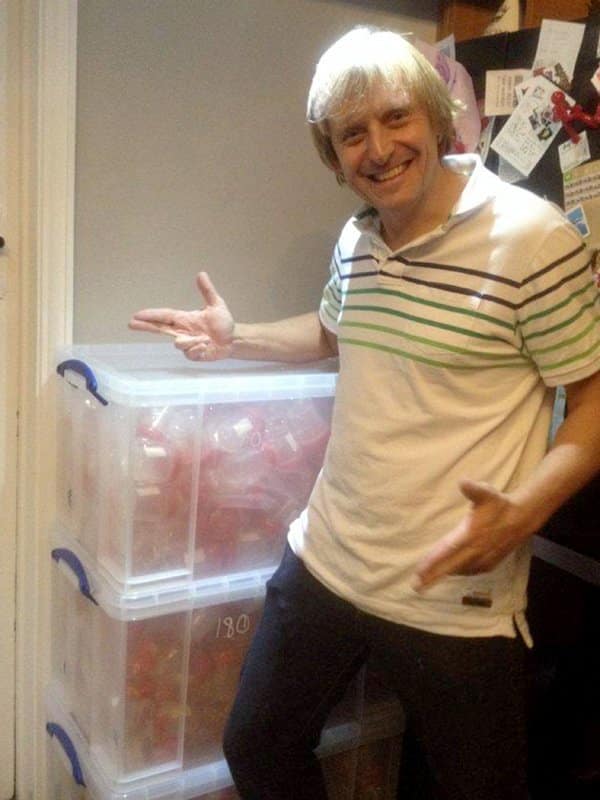 However, experts warned that women who use unlicensed donors put themselves in danger of acquiring hereditary and sexually transmitted diseases. Moreover, the Human Fertilization and Embryology Authority controls the number of families produced by a single donor father to only 10.

Under the law, the children of sperm donors that were born after 2005 have the right to know who their father is when they turn 18. The donors are not named on the birth certificate because they are not the legal parent. Unlicensed donors, like Watson, run the danger of being asked for child support and could demand for paternity.

Although Watson has fathered more than 800 children, he is still on a search for love. He has three children and has been married twice.

I became a sperm donor after my first marriage broke down – I knew I wanted more kids, so that’s why I started. My second wife knew I did it, and I was never going to stop doing it – I think she accepted it, I don’t know if she really liked it though, it’s a bit of a weird one even though it’s all done in plastic cups.

Watson identifies himself as a “sperm donor” on Facebook and hopes that this doesn’t discourage other women. He says that his girlfriend is leaving the country and he is on the dating site to get a replacement.

If we get on really well maybe you want to try one of my massages with one of my magic massage oil mixes……one try of that and you will love me forever I am sure!!!!

The world’s previous world record holder for fathering the most number of children was Bertold Wiesner. He fathered over 600 children through sperm donation. Obstetrician Mary Barton, his wife, used his sperm to artificially fertilize women at a private clinic on Harley Street in 1940.