HuffingtonPost author Maria Sowter has two words of warning for tourists thinking of travelling to the town of Oslob in the Philippines – “Don’t go.”

Located in the south west island of the province of Cebu, Oslob looks like a slice of paradise because of its scenic environment and pristine beaches. The place is particularly popular among visitors not only for swimming but also for whale shark watching.

Still, Sowter encourages others to steer clear from the area.

Whale shark watching is a popular tourist activity in Oslob, a small town in Cebu, Philippines. 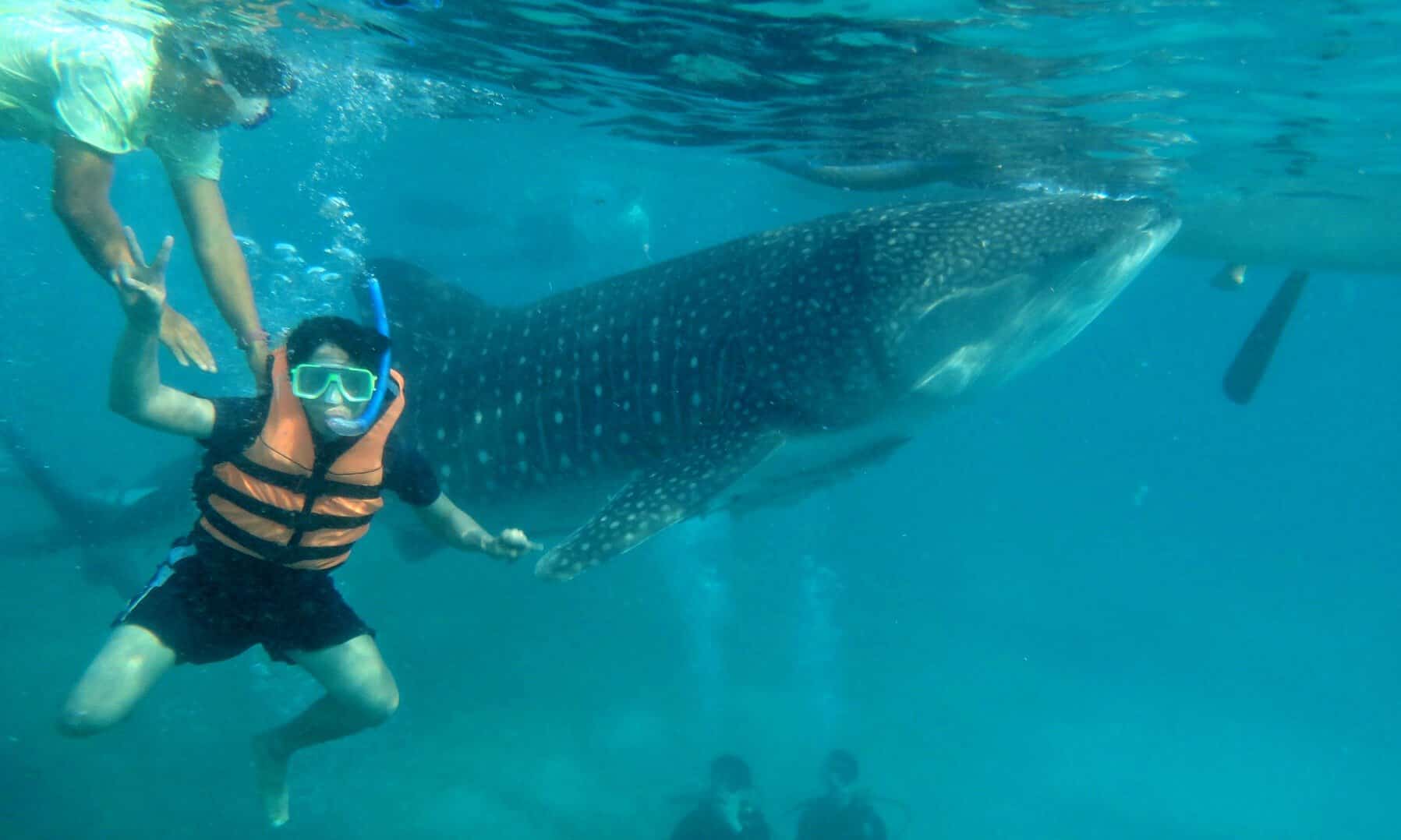 In her own words:

“There’s only one thing I can tell you about the town of Oslob in the Philippines: don’t go. There is a tendency amongst travel bloggers to over romanticize, but I wouldn’t want to lie to you. I’m taking inspiration from Paul Theroux, whose The Great Railway Bazaar might just qualify him as grumpiest travel writer ever, and telling you the honest truth not to bother.” 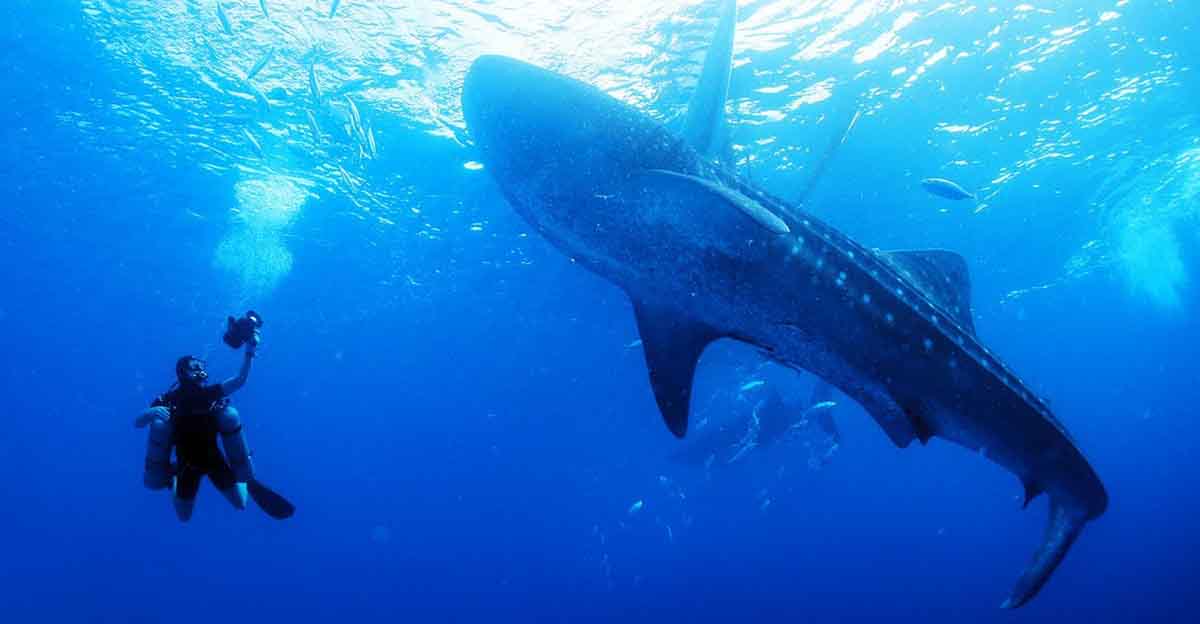 Although Sowter praises the area for it’s natural beauty, she goes on to cite several reasons why watching and swimming with whale sharks isn’t exactly a good idea when you are in Oslob.

“Do not be deceived by the idealized image of an organic, spiritual experience watching for whale sharks in the large open sea and, once found, swimming with them. Perhaps you envision a meeting of souls occurring as you float eye to eye with one of these creatures known for their majesty. At Oslob, this will remain a fantasy.

“Whilst the Oslob Whale Shark Watching center attempts to construct a formal semblance of health & safety and care for the environment, you are more likely to be poked in the eye by another tourist’s flipper or rather as another account reported, see a whale shark poked in the eye by a boat propeller.”

Sowter also lambasted that viral photo of a girl who rode a whale shark like a surfboard. 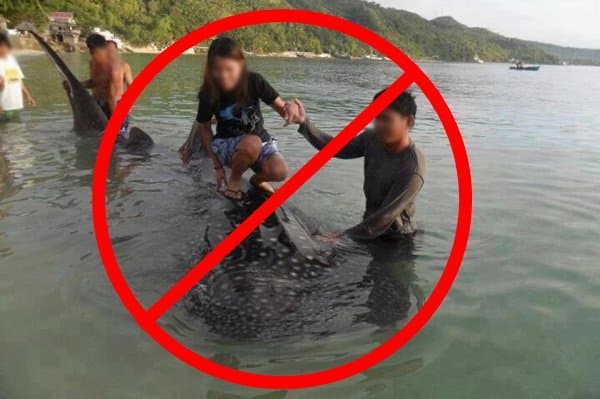 “The Center feeds the whale sharks a big helping of krill throughout each and every morning to keep them practically captive. Literal boatloads of tourists are then paddled back and forth just off shore where the boats form a semi circle, further entrapping the baited sharks for a jostling audience. Having the sharks become reliant on people for food is not particularly conducive to a healthy ecosystem, nor is the exploitative attitude and lack of understanding for ethical interactions with wildlife that it fosters.

“This is best demonstrated in the controversial photo of a young girl riding a whale shark like a surfboard in nearby Bolijoon, and only reinforced by the encouragement of one local we met that you could “touch them”.” 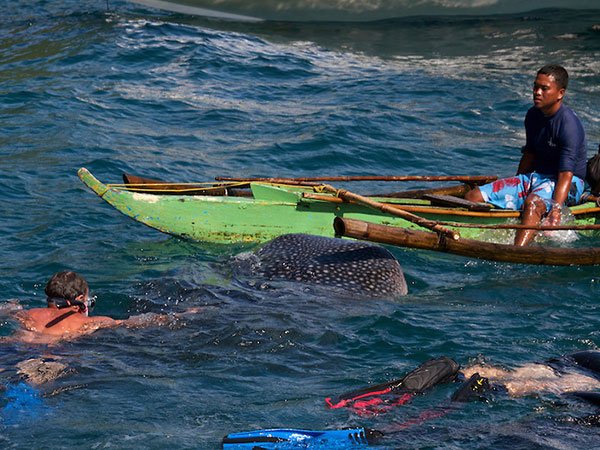 According to the website, whale sharks are protected species in the country under Republic Act 9147 and so it is illegal to harass them in any way. Unfortunately, many are violating that by touching – or even riding – the whale sharks as mentioned above.

“The feeding in Oslob is teaching whale sharks that boats and humans mean food. Oslob whale sharks are now observed to actively approach boats instead of avoiding them.”

This, of course, means great risks for the whale sharks because they may mistakenly approach fishing boats instead of tourist boats.

Other Activities To Enjoy In Oslob, Cebu

There are, of course, many other activities for tourists to enjoy in Oslob, Cebu.

For example, visitors may take a dip in the refreshing waters of Tumalog Falls.

History buffs, on the other hand, will love a heritage tour to check out historic sites such as the Nuestra Senora de la Immaculada Concepcion (a 19th century church built using coral stones), Cuartel (a structure built to house Spanish troops), and the Baluarte (fortified watchtowers installed in the island as a defense against Moro attacks).