Jen Hurb Bohn, a woman from California, was spending a vacation in Paris with her husband. Little did she know that she’d capture a tender moment between a young couple while they were at the Eiffel Tower – the guy was proposing to the girl.

While Jen and her husband where at the famed tourist spot, the unnamed man suddenly popped the 4-word question to his girl.

In an interview, Jen admitted she actually felt hesitant about the idea of taking a photo. Besides, she “thought it was weird.” Also, she could hear her husband “whistling” for her.

“I decided I’d want the picture if it were me." 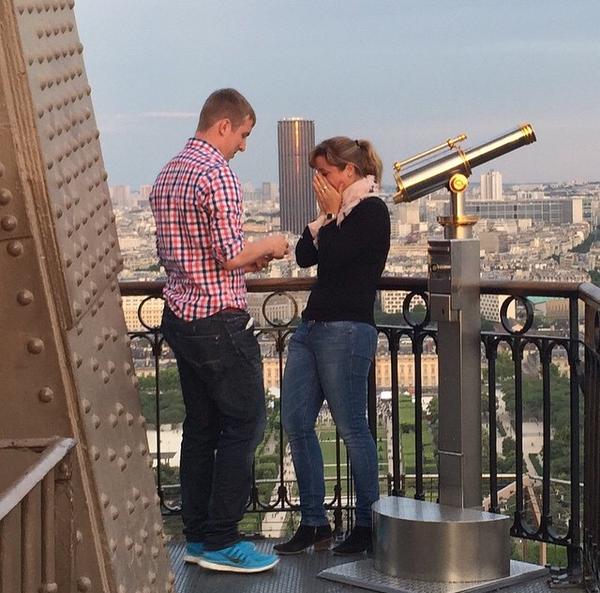 She later shrugged it off saying “I decided I’d want the picture if it were me so I turned around and took the photo.”

She then asked for her husband’s help to watch out for the couple later so that they could get their contact details. Besides, she wanted to send them their pictures. Unfortunately though, Jen and her hubby didn’t see the couple on their way down from the tower.

When they got back home from the vacation, Jen knew she had to do something about it. She immediately posted the pictures on Facebook, hoping to find anyone who knows the just-engaged couple.

Jen wrote “Saw this guy propose to this girl on the Eiffel Tower Sunday. I wanted to send the pics but was stuck in line. Help me find them!”

"Love is beautiful and that's why I need to get them their photo," Jen said. 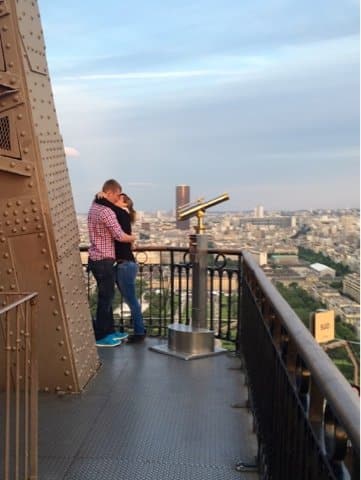 The photos gained quite an online buzz. They circulated immediately on the web and even gained significant attention from big news websites. Jen’s posts and the numerous online reports have been shared numerous times but after several days, the couple’s identity still remains a mystery.

Hope they get found soon. Media outlets will surely flock around the couple to ask more about the romantic proposal.