Dogs are generally loving and kind. Being a dog lover myself and having friends who care for these loyal pets, I know that it’s the owners who influence these dogs’ behaviors. Like any other human being, none of us—and none of them are born bad or evil.

In this shocking footage taken by a woman in an apartment overlooking the Belmont neighborhood in the Bronx, two angry pit bulls savagely attacked a 62-year-old man who was off to church.

Apparently, the dogs came off their leash and suddenly lunged at the poor man. 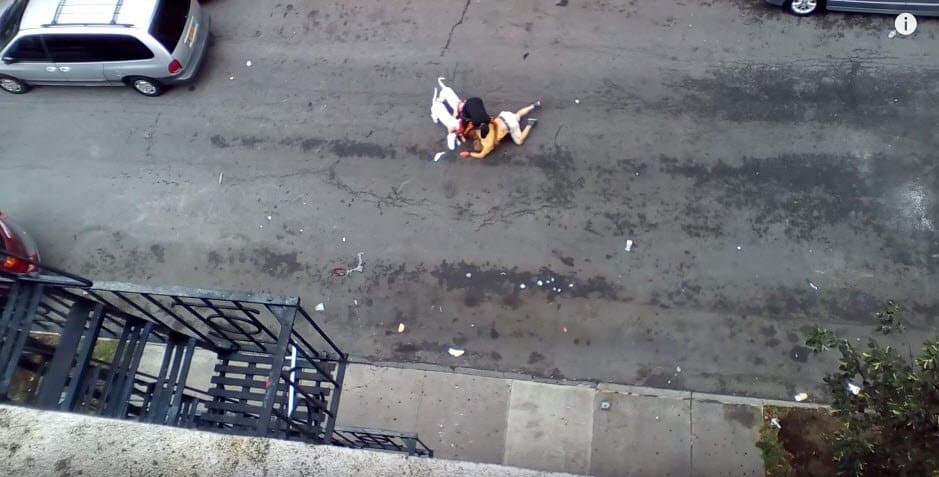 The dogs continued to maul the man up to a point where they dragged him near the pavement. Some of the residents and onlookers who arrived at the scene attempted to help by distracting the dogs.

Meanwhile, the woman who was taking the video tried to phone the police, begging them to hurry as the carnage below ensued. 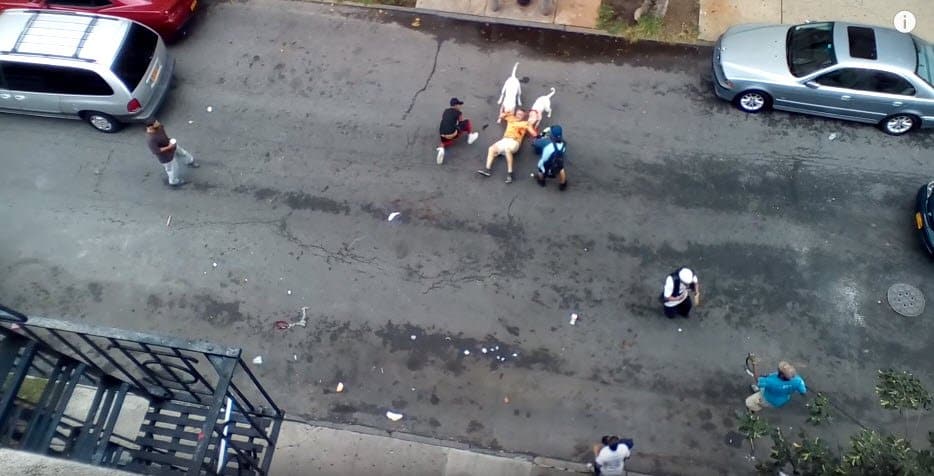 Out of desperation, one of the residents used a fire hose to stop the attack. 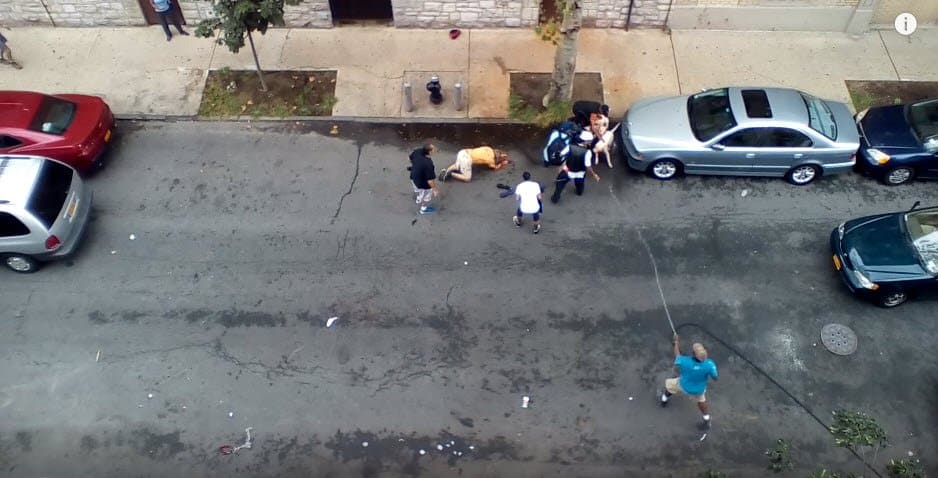 The dogs eventually left the exhausted and bloodied victim, but the pit bulls began to attack other bystanders including a 46-year-old man who also sustained serious injuries.

The man in the yellow shirt sustained several serious injuries: he lost part of his right ear, lacerations over his chest and arms, and he also sustained nerve damage to his arms.

The NYPD arrested 55-year-old Cynthia Oliver, the owner of the pit bulls, and charged her with eight counts of assault and two counts of reckless endangerment, according to CBS New York.

Both men recovered well while the dogs were taken to Animal Care & Control of NYC.

Why did these pit bulls maul the man, and then later attacked those who tried to help him?