In a YouTube video published in 2013, David Blaine performed an act that stunned Will Smith, Aaron Paul, Kanye West, Brian Cranston, and Woody Harrelson. In a suspenseful game of Spike, David smashed his hand against several brown paper bags and Styrofoam cups one at a time—one of which had a sharp ice pick under it instead of the usual two-inch nail. He could impale himself, but of course, he didn’t. The celebrities were amazed especially when he deliberately pierced his hand with the steel rod, and it didn’t even hurt him at all.

On Saturday, a magician who is also a semi-finalist in Poland’s Got Talent, performed the same stunt for a morning show; however, his act had gone terribly, terribly wrong. He ended up stabbing the host’s hand on live TV. 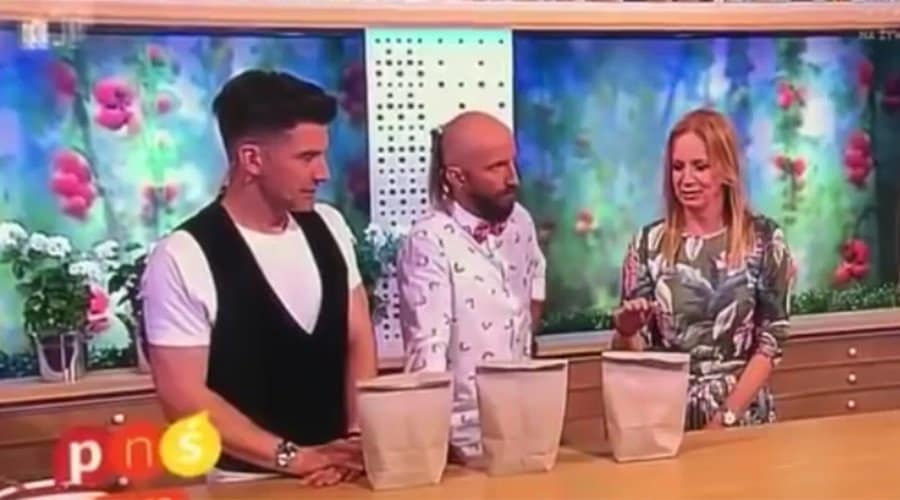 In the video, Marcin Poloniewicz showed Marzena Rogalska, the host of Question for Breakfast, a sharp nail which he placed in one of the four brown paper bags before folding the top down. He turned around, shuffled the bags, and put them back on the table. 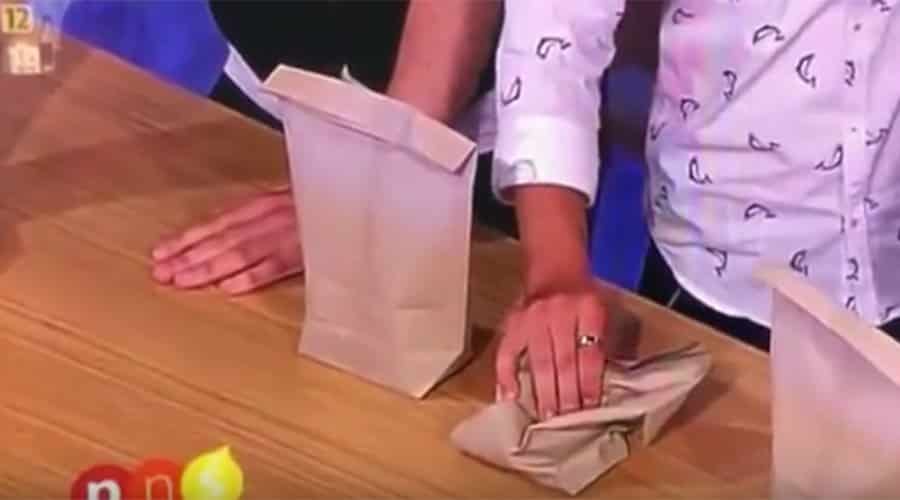 Next, he took Rogalska’s hand, held her wrist, and Bam! 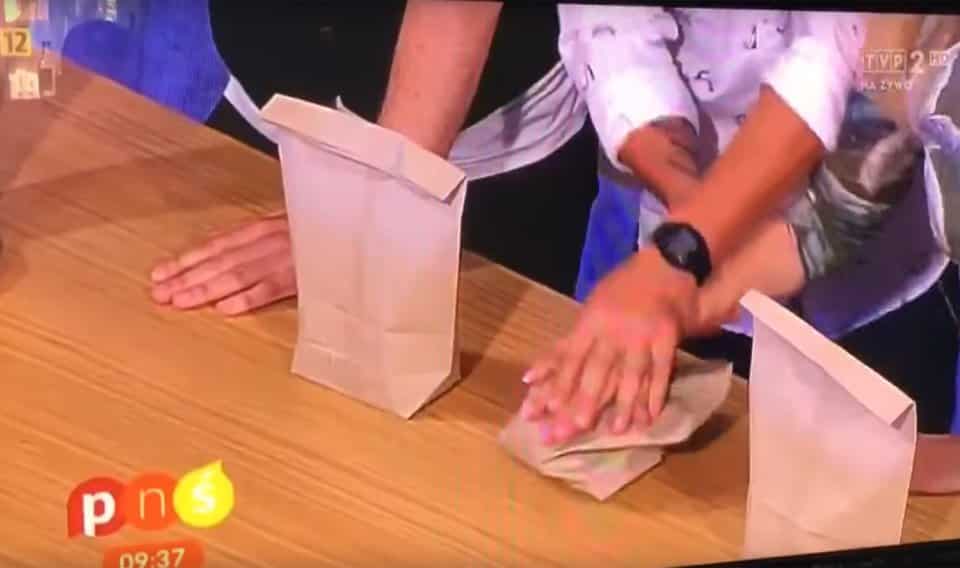 The next thing everyone heard was the host’s long shrill as she retracted her hand and turned her back to the audience.

The magician and the male co-host seemed oblivious at first; they were still smiling as they probably thought she was just kidding around. But when Rogalska turned to face them, Poloniewicz realized what had happened. 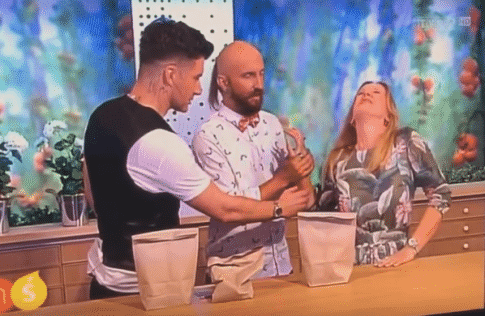 In this picture, you can see the nail sticking out of her hand! 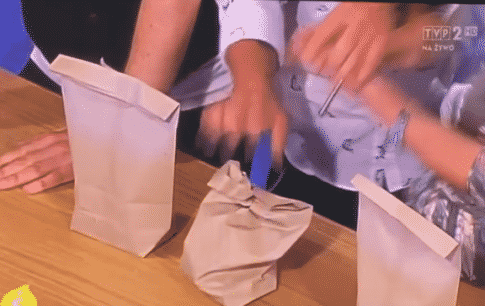 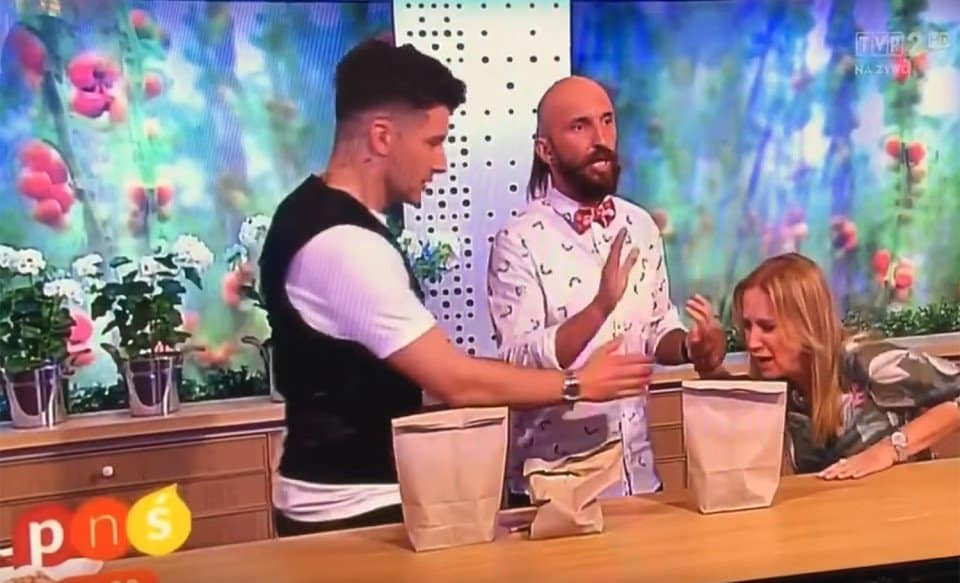 According to a report, Poloniewicz “apparently got confused amid the routine.”

Rogalska was rushed to a hospital and was given appropriate treatment.

“Thank you for your support. I’m alive. Everything will be fine.”

However, the incident gathered lots of angry comments after the video was posted online. One particular user mentioned that Russian roulette “is not a magic trick at all.” Some people also questioned the trick’s execution and the host’s post. Some said the “incident appeared to have been staged,” though, some think otherwise.