How would you react when someone – a hot girl or a hot guy, at that – touches your hand while you are on an escalator?

Well some people had to answer that from firsthand experience as they were secretly filmed by a crew of pranksters. A man and a woman were tasked to touch the hands of random strangers on an escalator to see how they would react.

This funny prank captures the reaction of men as their hands were touched by a hot, flirty woman. 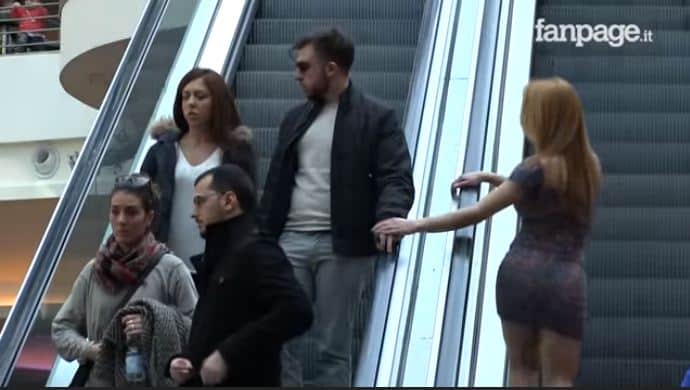 The women weren’t spared either because a guy also did the same prank to them. 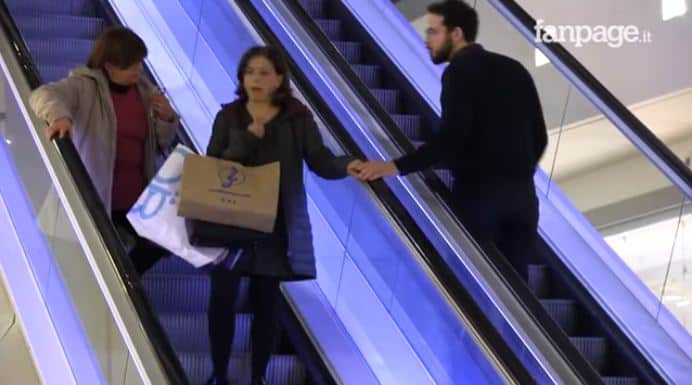 The video was created by Luca Iavarone under Fanpage.it production. The funny social experiment even has two versions for it – the straight and gay versions.

You can watch the prank video here:

To be honest, what made the scenes really hilarious was seeing how the guys tried to explain what just happened to their wives and girlfriends. You can just guess how alarmed they were because of their reactions. I wouldn’t blame them, of course. I mean I wouldn’t exactly know how I’d react to that if I was with my wife.

My favorite part though, was that guy’s response who just smiled and showed the wedding ring on his finger. He wasn’t even with his significant other when the attractive woman flirted with him but he made it clear he’s not interested. Kudos to you, man, for proving your loyalty!

Don’t forget to share this hilarious prank video with your buddies on social media.