Based on a report from UN Water, 2.4 billion people around the world lack proper sanitation provisions, with an approximate 1 billion of the population forced to defecate in the open, which heightens the risk of sickness, disease, and malnutrition, particularly for women and children.

As opposed to, let’s say, this 380kg. worth of pure gold bathroom owned by a jewelry mogul in China…

…who is so rich, he probably excretes golden nuggets. 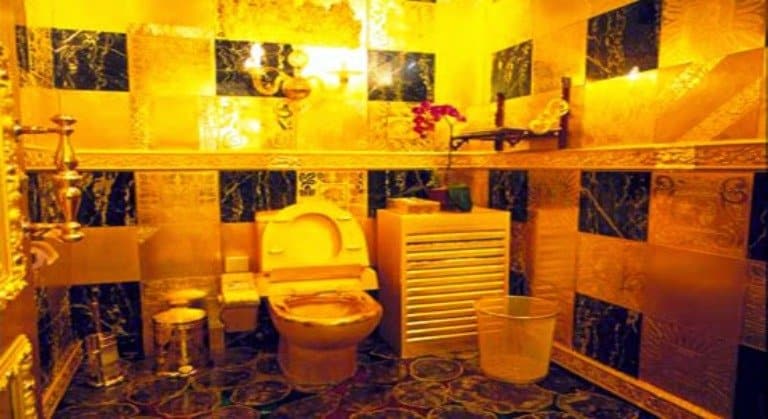 Here is a photoset from Reuters showing the different toilet facilities used the world over: 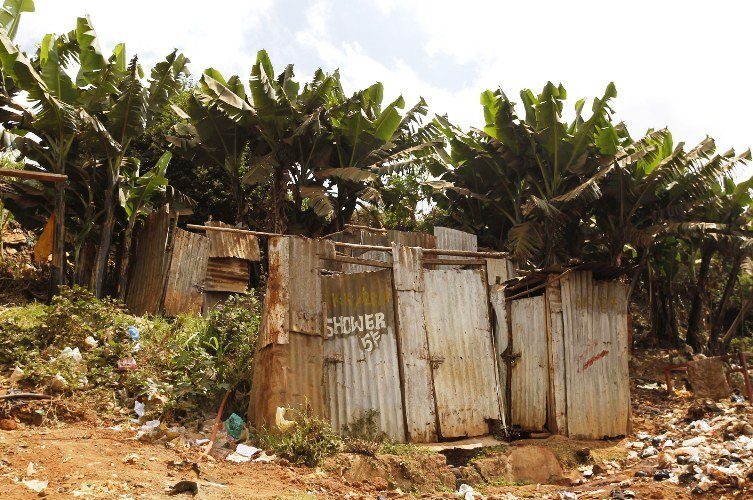 Rusty metal sheets providing privacy for a communal toilet in a Kiberia slum. 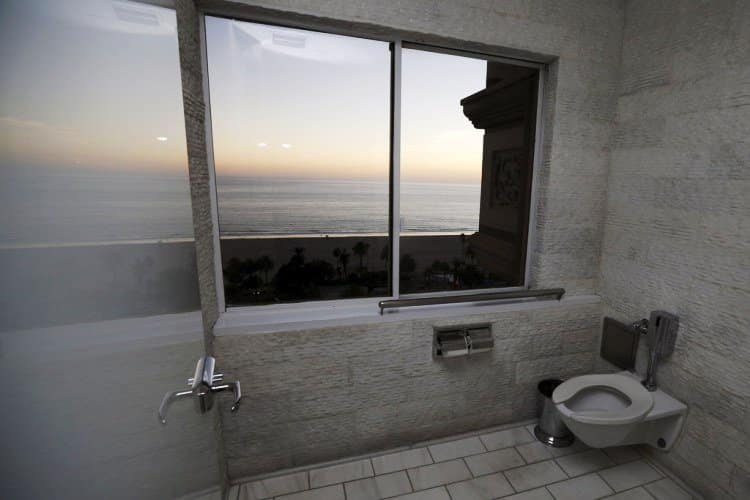 At the Huntley Hotel in Santa Monica with a gorgeous view of the Pacific Ocean. 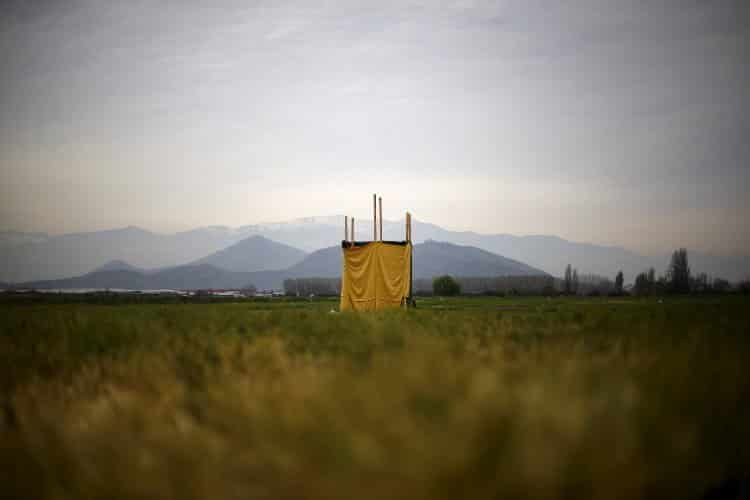 Canvas-covered outhouse in the middle of a picturesque empty field with the Andes Mountain Range as a backdrop. Not such a terrible view to poop to, considering. 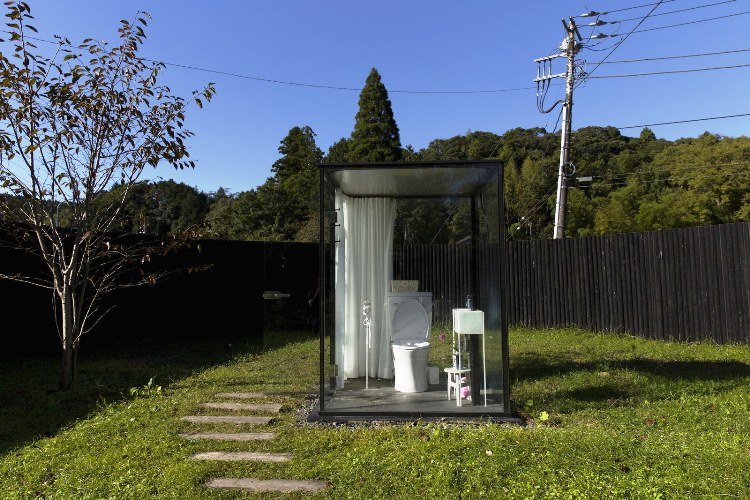 Toilet cubicle surrounded by glass walls in a fence-enclosed garden at the Itabu railway station. Popularly called “the world’s most spacious public toilet.” So zen. 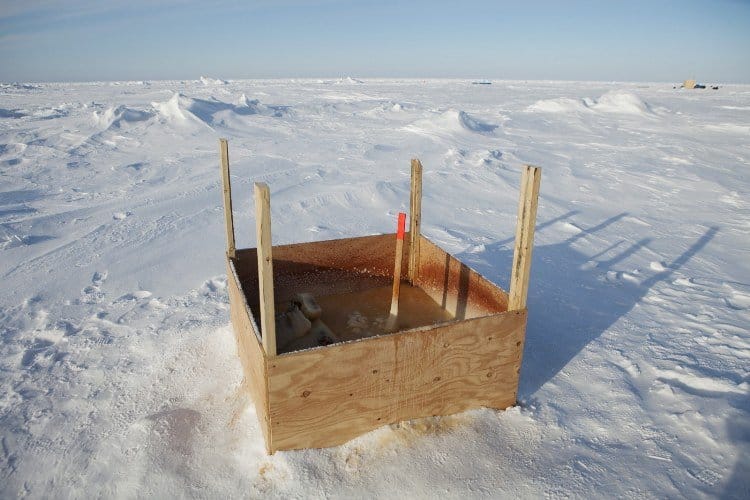 What better way to expel your frozen waste than in the middle of the frozen waste surrounding the Applied Physics Laboratory Ice Station in Prudhoe Bay. 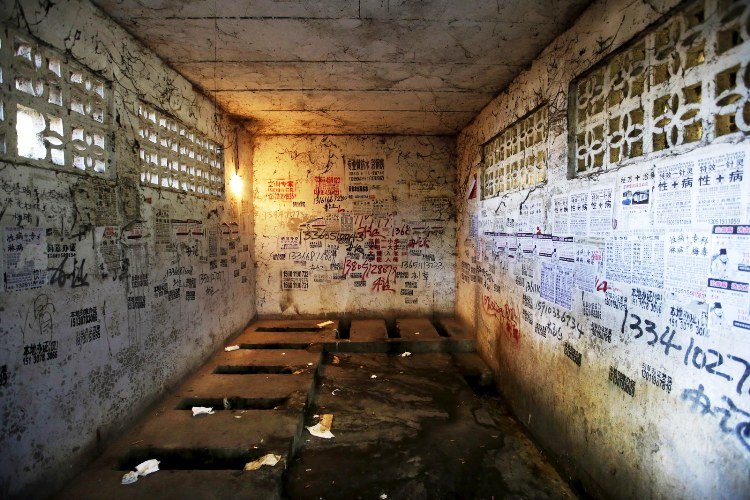 Lots of reading material, especially on sexually transmitted diseases, for the migrant workers in Shigezhuang village who use this public toilet. 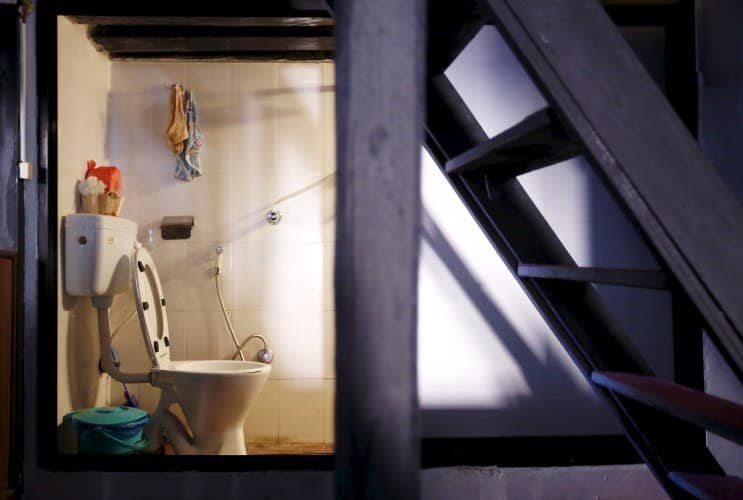 Toilet under the stairs. A lot better than Harry Potter’s pre-wizard bedroom, in any case. 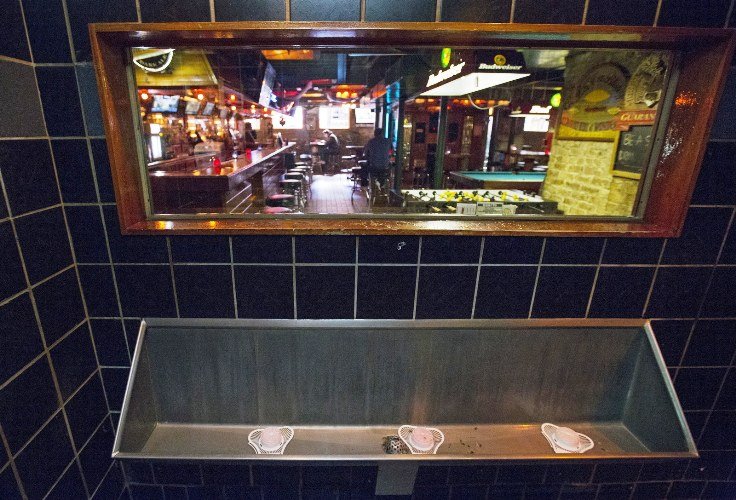 Men’s public restroom at Streeter’s Tavern, where peeing while rehearing pick-up lines and scoping out bar denizens through a two-way mirror is the norm. 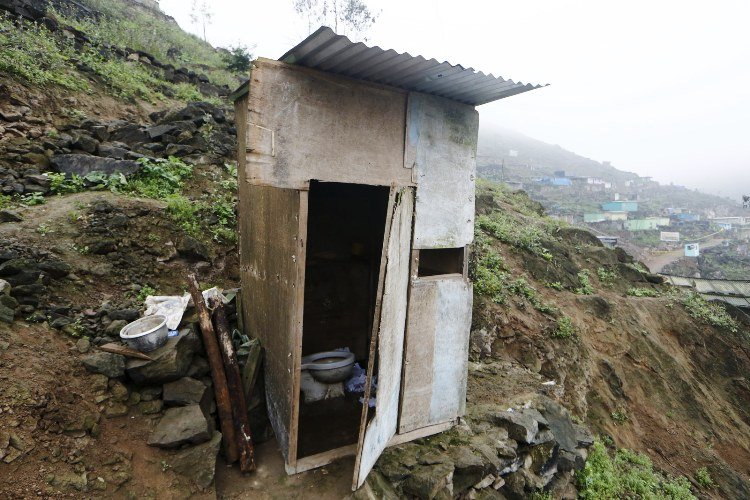 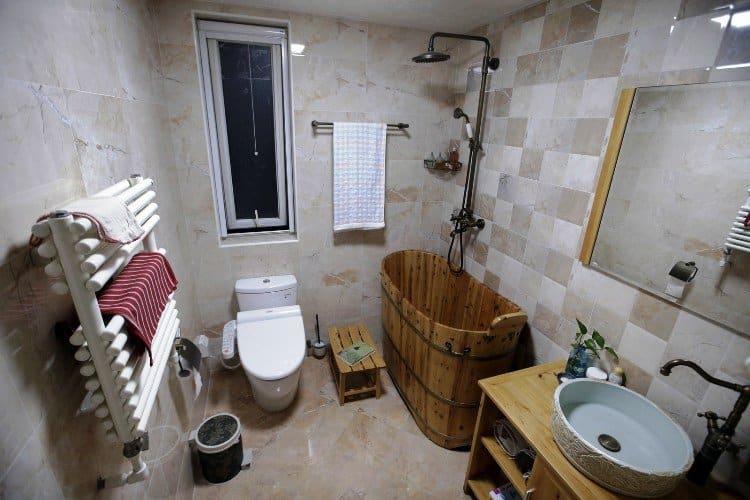 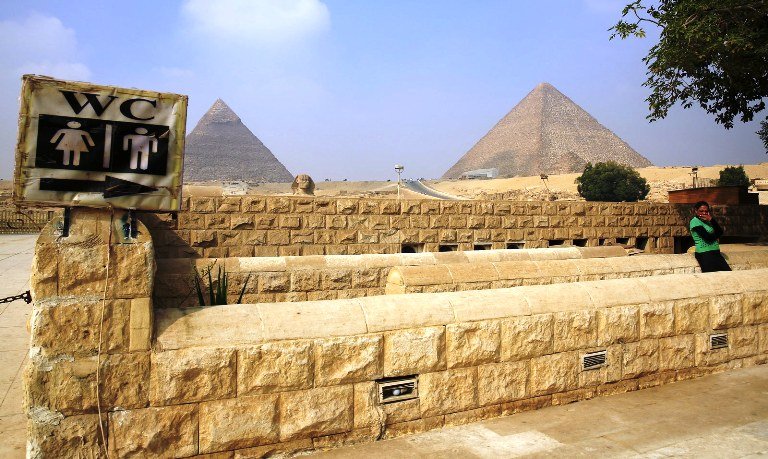 Awe-inspiring backdrop with the scent of mummies. A woman waits her turn at the public toilet near the Sphinx and Giza Pyramids. 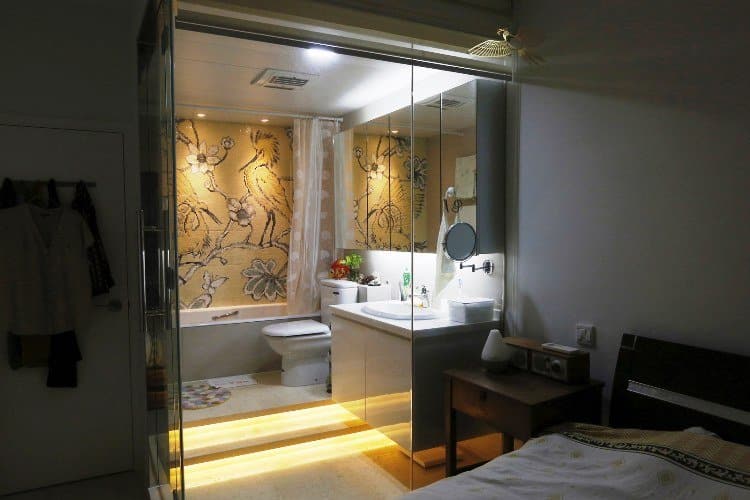 An en suite master’s bathroom in a residential flat. 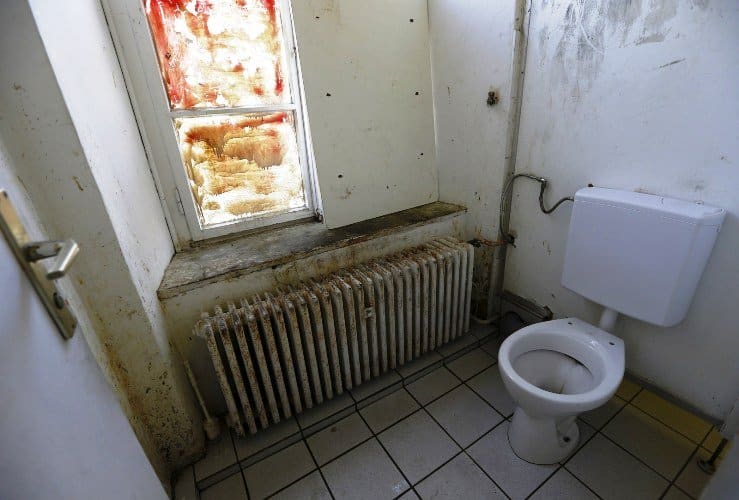 Communal toilet in a hostel for asylum-seekers in Augsberg. 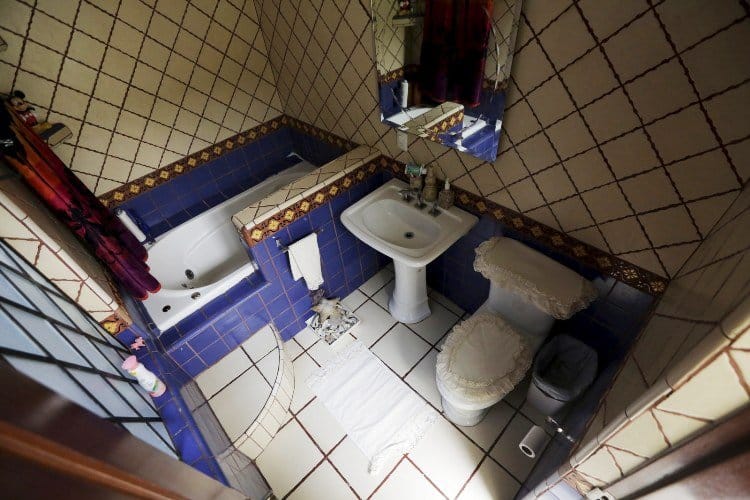 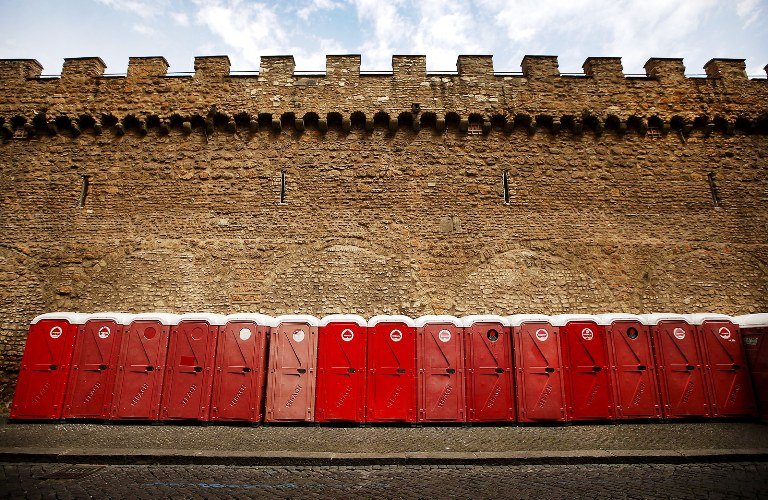 Taking a dump side by side. Chemical toilets for tourists in downtown Rome. 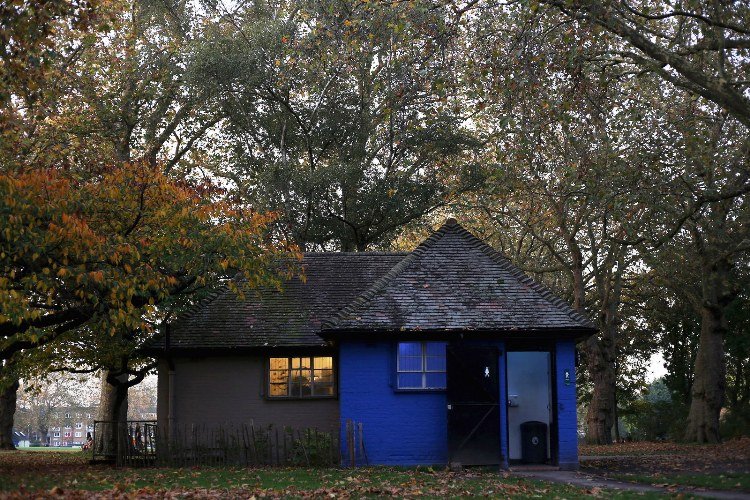 A public toilet the size of a quaint cottage in the middle of London Fields. 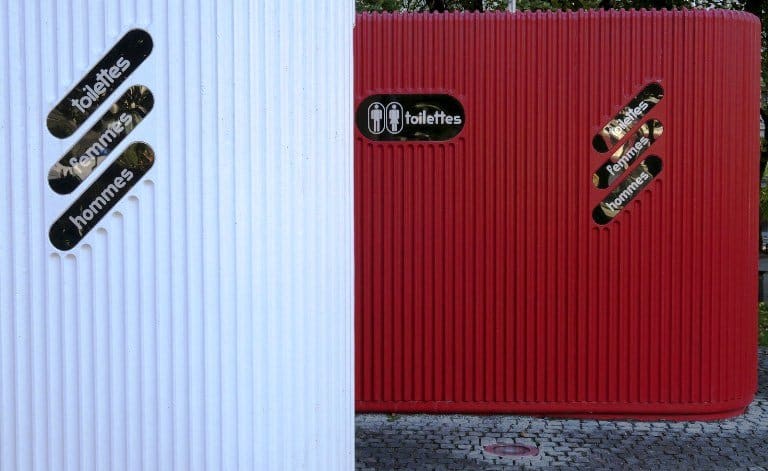 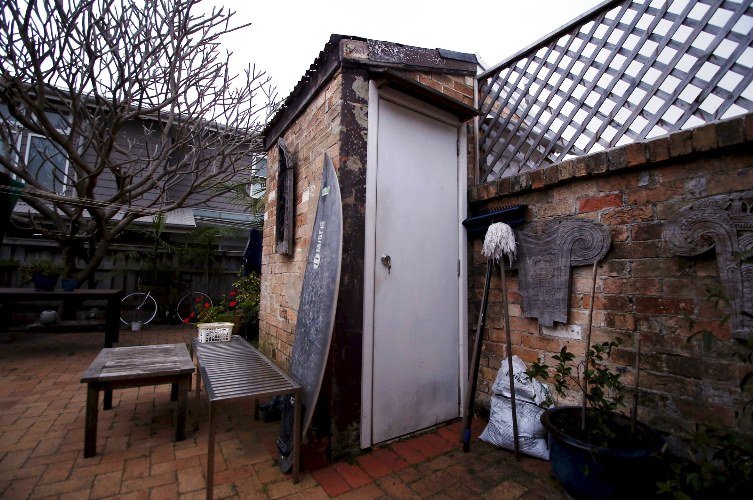 Typical surfer’s dunny (outhouse) in the backyard of a private home in the Northern beach-side suburb of Manly. 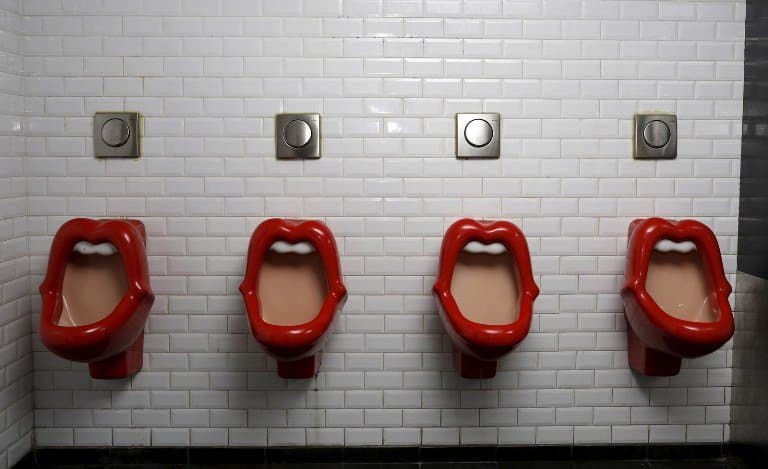 The famed “City of Love” taking itself seriously with Rolling Stones-inspired lip and tongue urinals at a Paris bar.

What are the toilet facilities like where you live?