Skyscrapers are reaching new record heights. Throughout the world, gigantic building projects are closing in on their completion where 2015 recorded over a hundred of skyscrapers opening its doors to the public. China has been one of the many countries that dreamed of reaching the clouds, but it is seemingly this country that has most of the tallest infrastructures to boast.

The world is amazed with China’s construction projects. It has the Shanghai tower which is among the 20 tallest buildings in the world. It announced to build the Sky City which was supposed to beat Dubai’s Burj Khalifa by 10 meters hence becoming the world’s new tallest building. However, the project was dropped due to environmental issues.

The newest supertall building in the Tianjin district just reached its highest point. 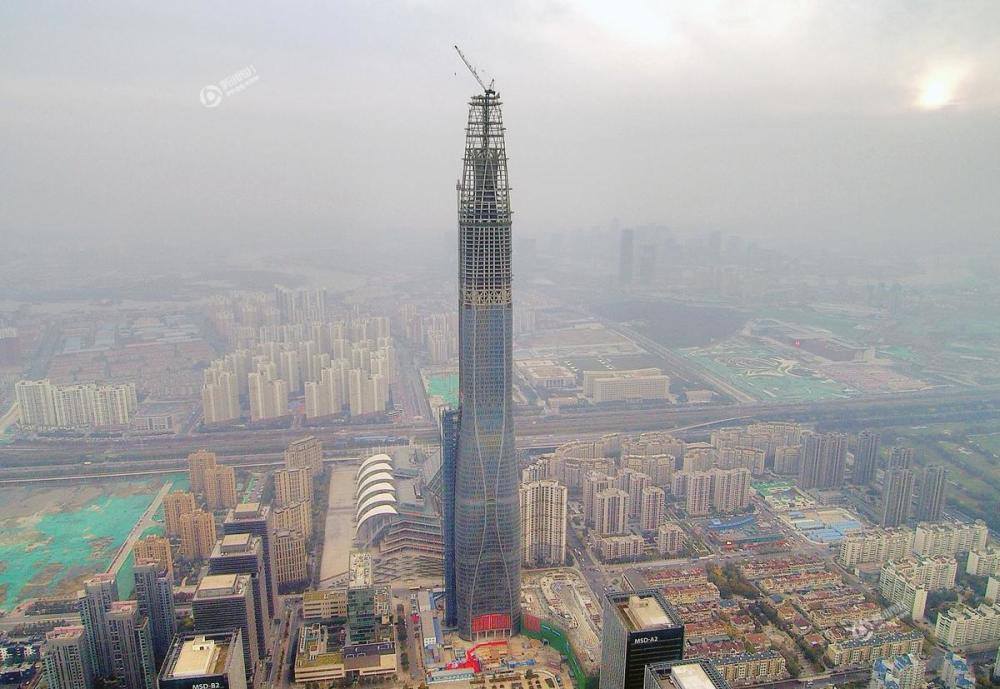 But even if it lost the chance to top Dubai in skyscraper construction, it still holds the record of the most tower blocks built. And again, people will have to lift up their heads in awe as Tianjin’s second tallest tower block finally reaches its highest point.

The Tianjin Chow Tai Fook Binhai Center or Tianjin CTF Finance Center just reached its 530 meters set height on Tuesday. It will become the second tallest building in the Tianjin district of North China after the Golden Finance 117.

The building is equipped with the latest engineering strategies in putting up a structure. 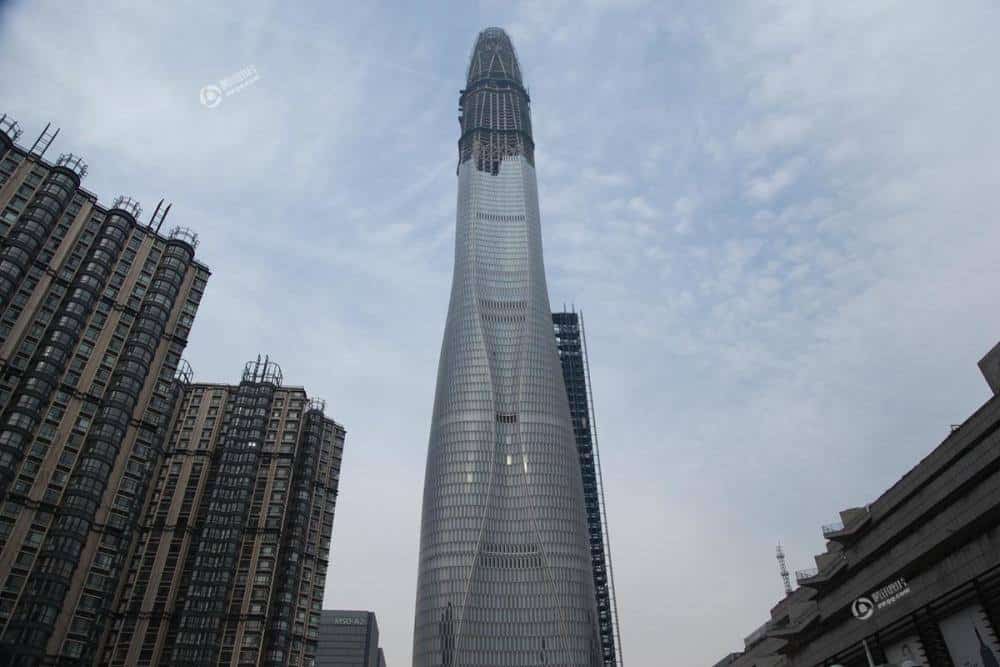 The construction of this new iconic tower was started in 2013 and is expected to be completed in the late 2019. Developers are running a fast pace in erecting the Tianjin CTF with two layers being finished per day.

The tower tapers dramatically to minimize the surface area exposed to wind, sun, and moisture. 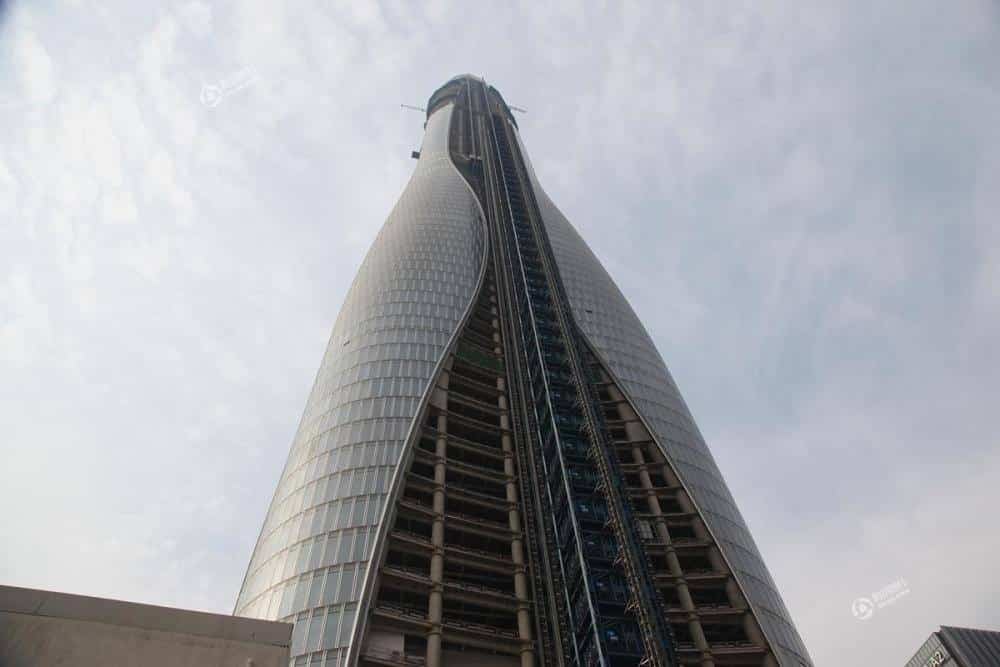 The Tianjin CTF is equipped with innovative construction strategies and design. It will boast undulating curved glass skin that conceals eight sloping columns that lie behind the primary bends of the elevation. The columns were also arranged in a sloping direction to improve its stiffness hence improving its seismic strength. Moreover, multi-story wind vents are strategically placed and combined with aerodynamic shape to reduce wind forces that will sway the tower.

The tower will soon open to serve businesses and travelers. 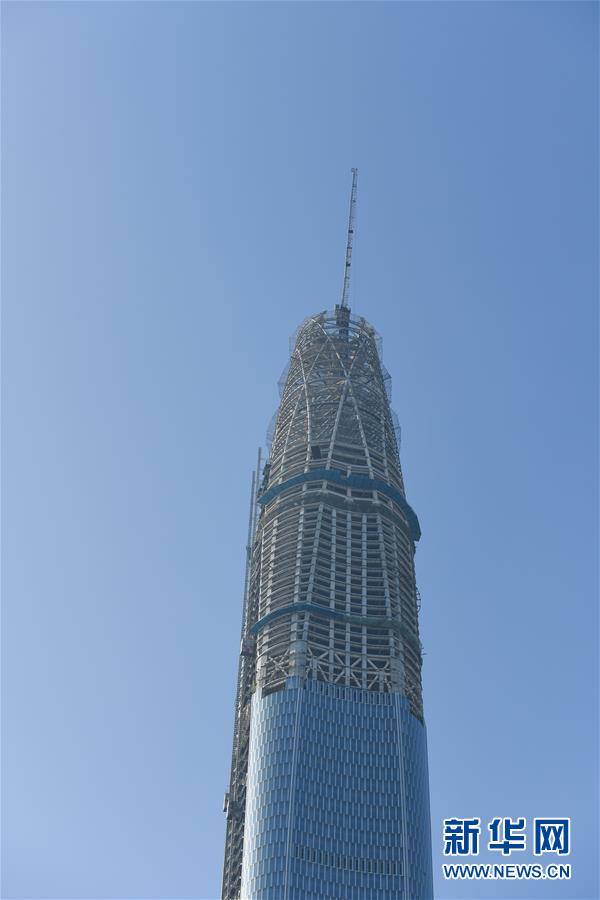 China’s newest ultra-tall building will house offices, 300 service apartments and a 350 5-star hotel rooms beneath its boldly arched top. This project was designed to LEED® gold standards with optimized daylighting, landscaped green site areas among its sustainable strategies and a high-performance envelope.