China is continuously putting in an effort to become a leader in the construction industry throughout the world. It now boasts fancy building projects like its world-renowned Shimao Wonderland Intercontinental which is a hotel-resort situated in an abandoned, below ground level quarry. Yet it is once again surprising the world with its new structure that’s definitely Instagram-worthy.

The hairy crab was eliminated from Chinese restaurant menus in 2016, but it is now making a big come back in a form of a building! Netizens are amazed with the photos circulating online of this hairy crab structure erected next to the Yangcheng Lake in Kunshan, East China’s Jiangsu province. Architects came up with the crab design as the said lake sees a catch of more than 2,000 tons of Chinese mitten crabs which is a sought after autumn delicacy that has signature furry cuffs around their claws.

This aerial view of the hairy crab building in China would make you want to order some mitten crab meals in the area. 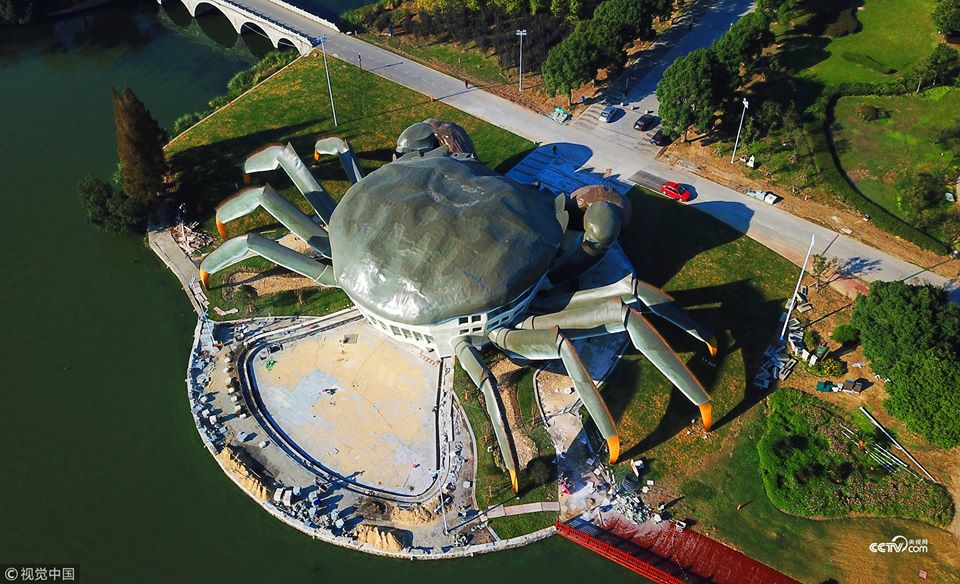 The structure will serve as a museum and leisure and entertainment center. 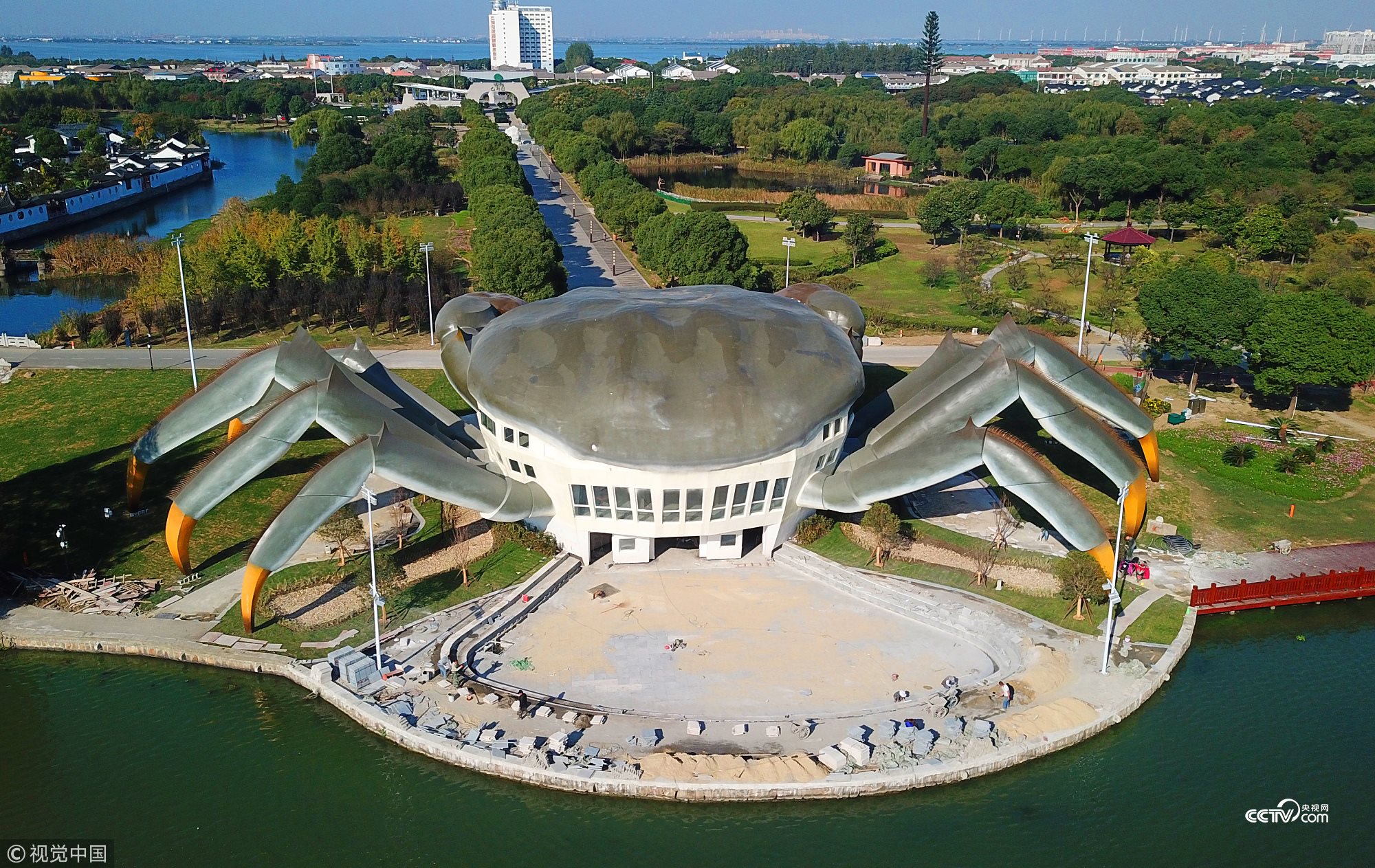 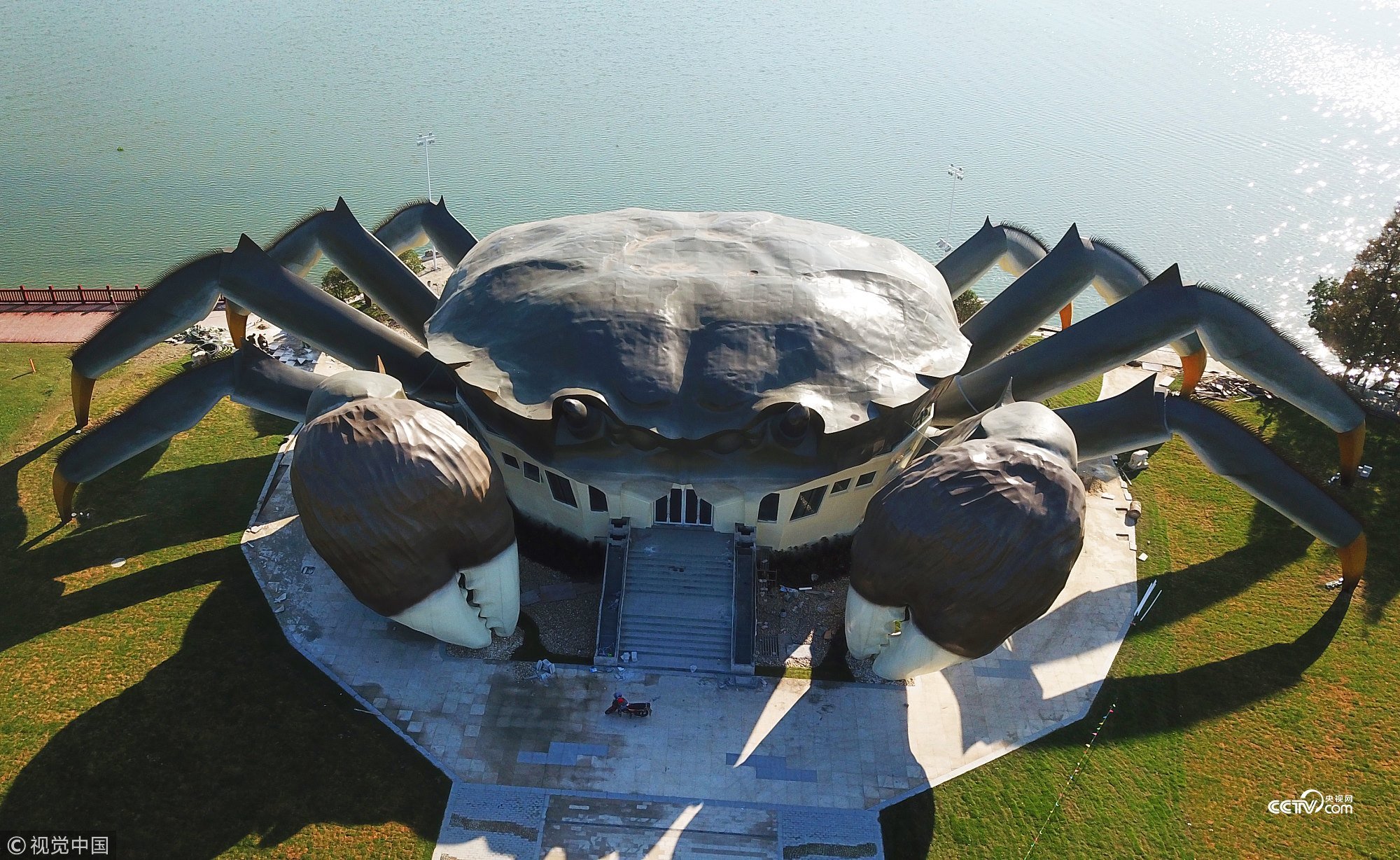 The gigantic crab building spreads at 75 meters wide and stands at 16 meters tall. Architects breathe life into the structure with a cyan stainless steel back, white belly, gold claws and yellow hair features. It will serve as an entertainment and leisure center where hairy-crab related activities will be held. The facility is still undergoing construction and is yet to be opened in the second half of 2018.

China is known for its innovative construction and infrastructure projects. It is quickly turning its urban areas into megacities with its impressive megastructures. The country has already achieved so much when it comes to its construction industry, and it is undeniable that China houses some of the biggest engineering projects in the entire world.

Even the colors depict a real mitten crab. 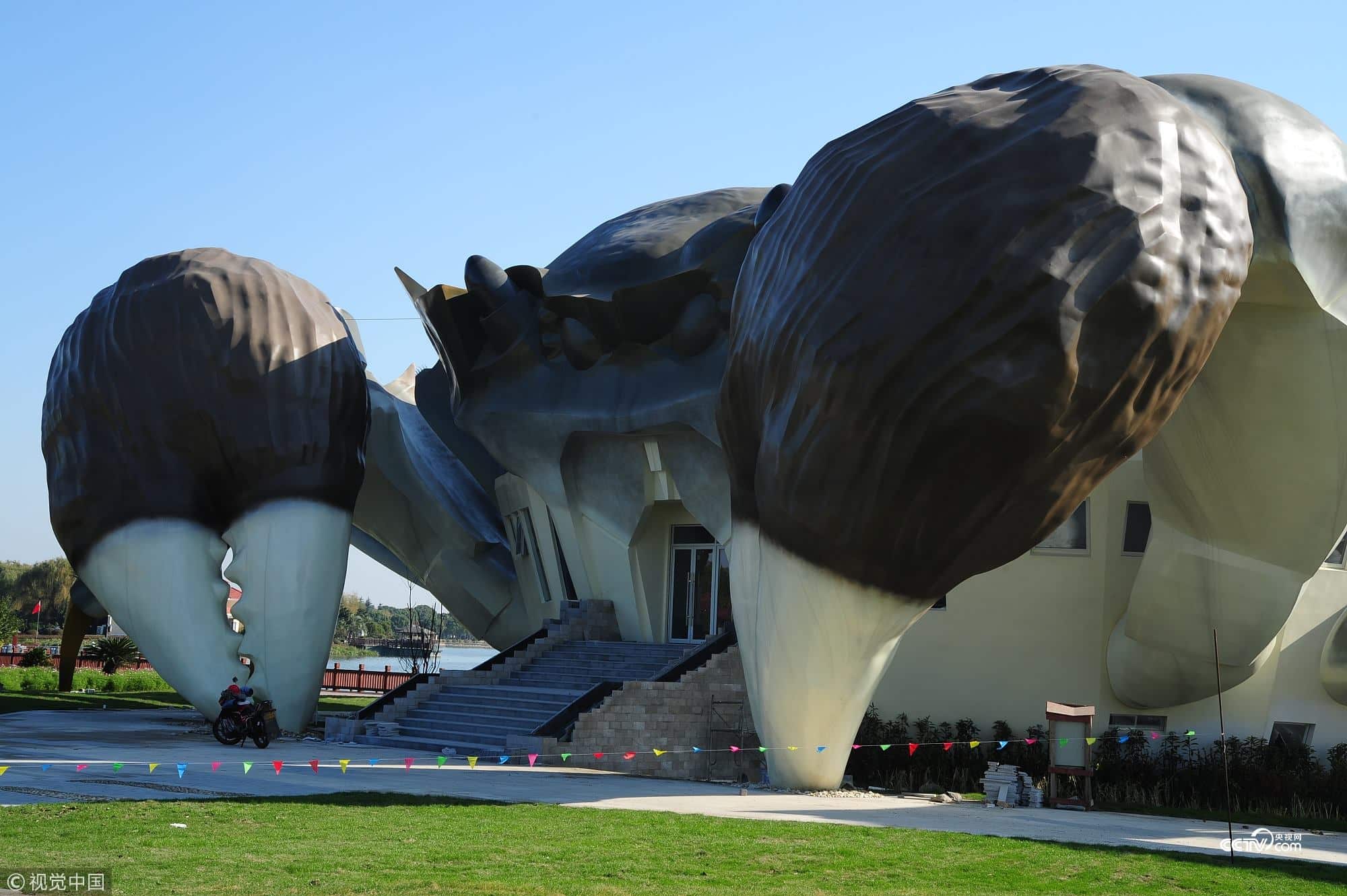 And for travelers who are already excited to see the artistic building, it will be opened to public mid-next year. 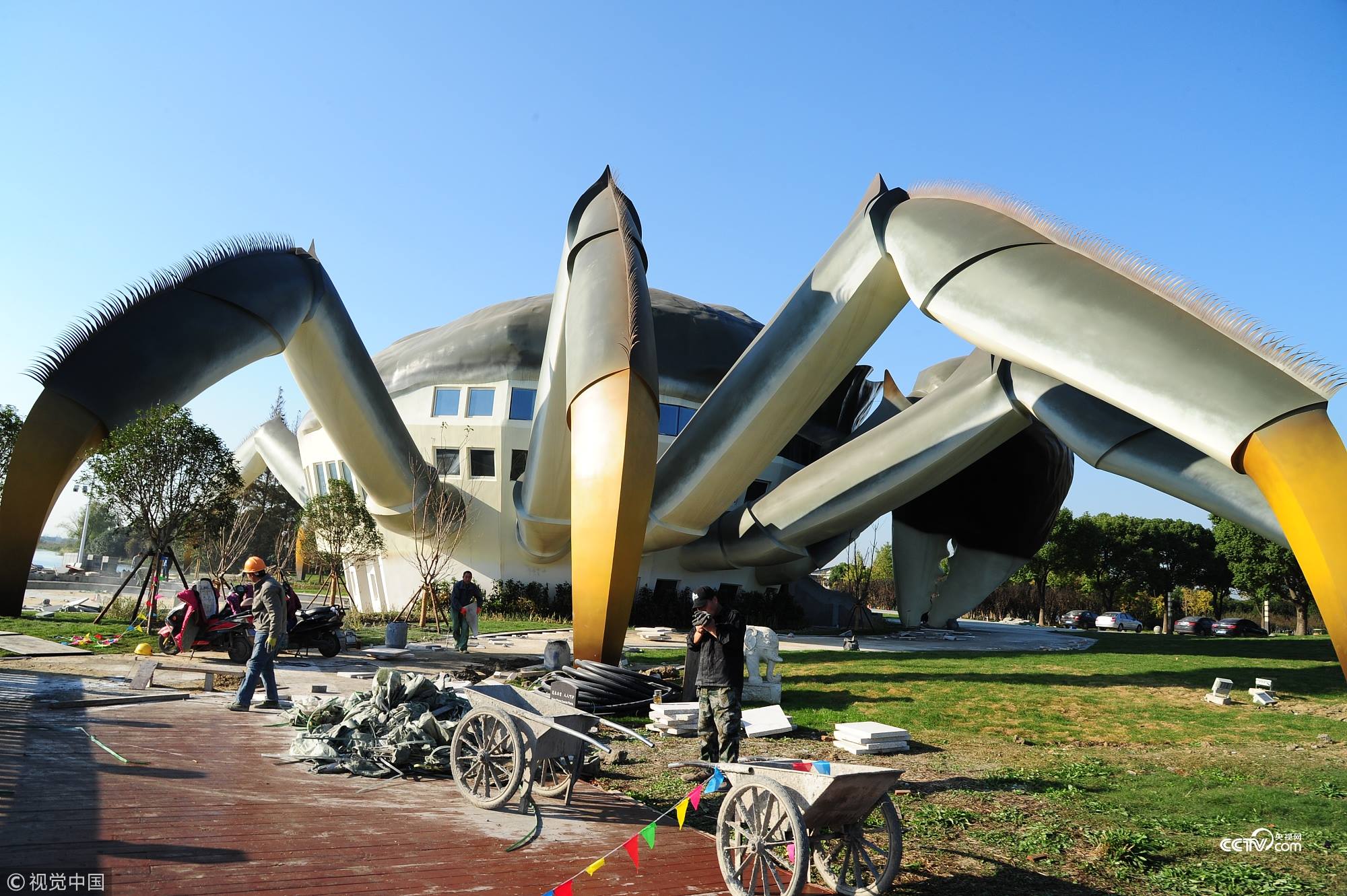 We saw the first ever 3D-printed house in Beijing, and now the world is starting to embrace the trend. Its $176 million Shanghai Synchrotron Radiation Laboratory is a one of a kind research facility. One of the biggest dams and longest bridges and tunnels are also in the country. With more and more awe-inspiring structures being erected in China, it is indeed not far that the country will achieve its vision on becoming a giant in the word’s megaproject industry.