15 countries and 12,400 miles, from Bangkok to France. This is what three European students intend to accomplish as they travel across Eurasia. What’s the catch, you ask. Well, they plan to cover the staggering miles using only a customized electric tuk-tuk or rickshaw.

This solar-powered, three-wheel motorcycle is the only ride they will have as they embark on this very ambitious trip.

They plan to travel across 15 countries in this tricycle. 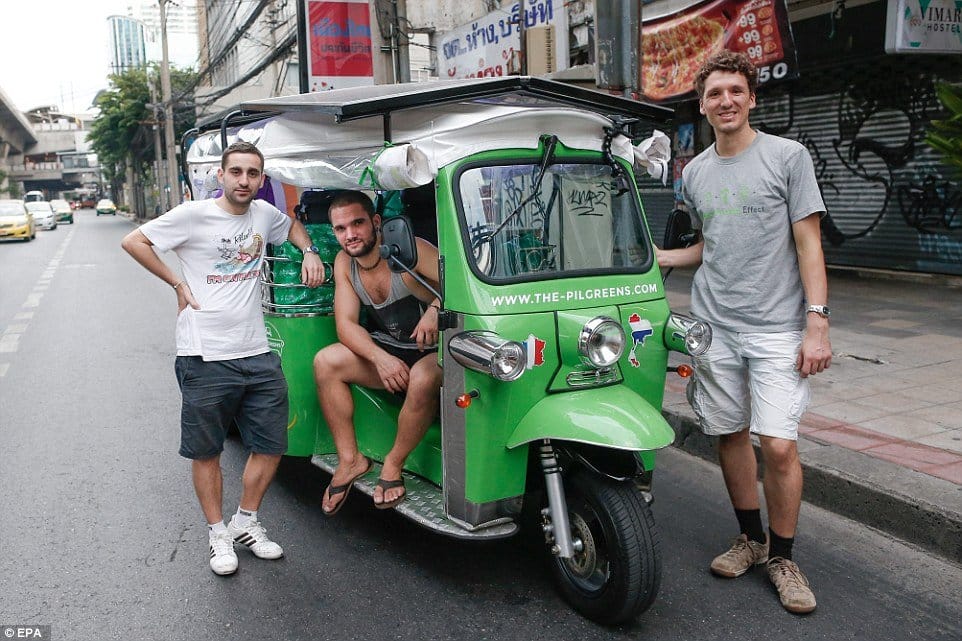 Powered by the sun 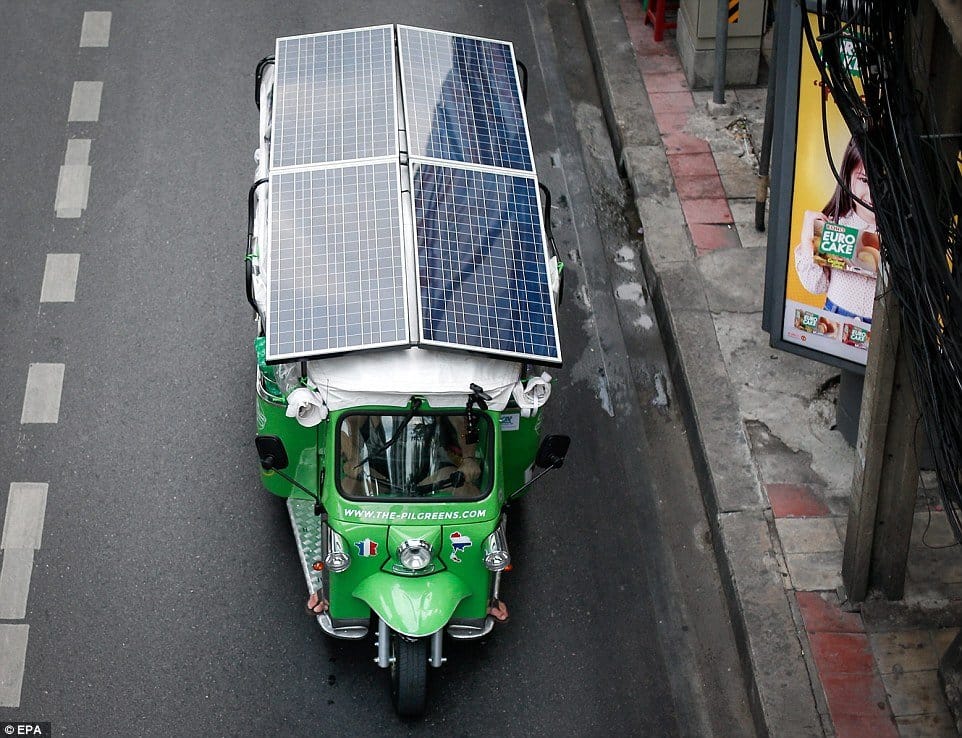 Remy Fernandes-Dandre and Karen Koulakian from France, with Ludwig Merz from Germany, left Bangkok on Aug 9 for this massive road trip that will hopefully bring them to their finish line, which is Toulouse, France. These eco-warriors, who call themselves “The Pilgreens,” are committed to show the world the possibilities of electric power when it comes to mobility. Their departure has been pushed back several times and they are concerned about the idea of traveling across Russia in the dead of winter.

Striking a pose before departure. 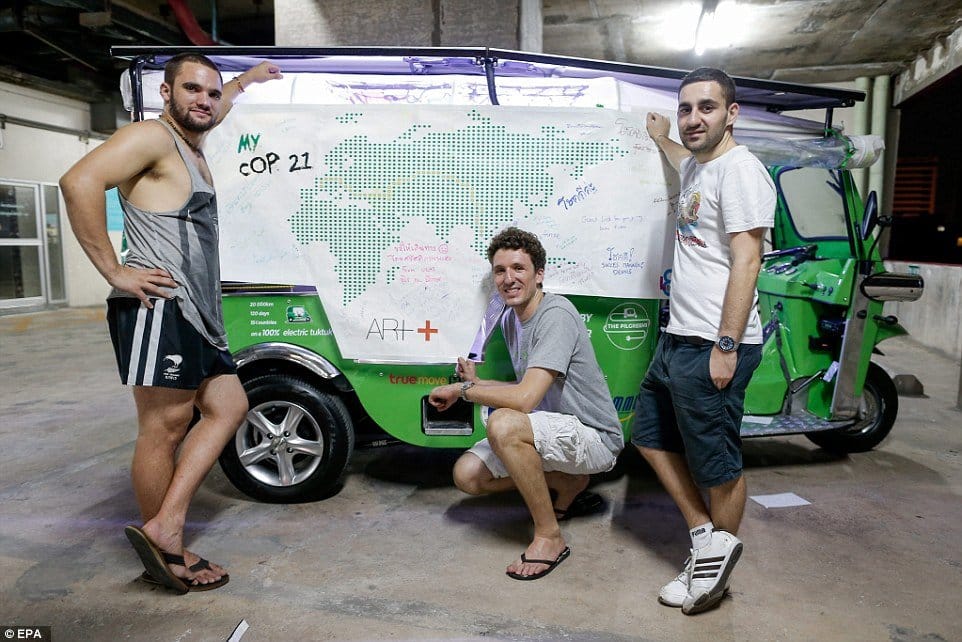 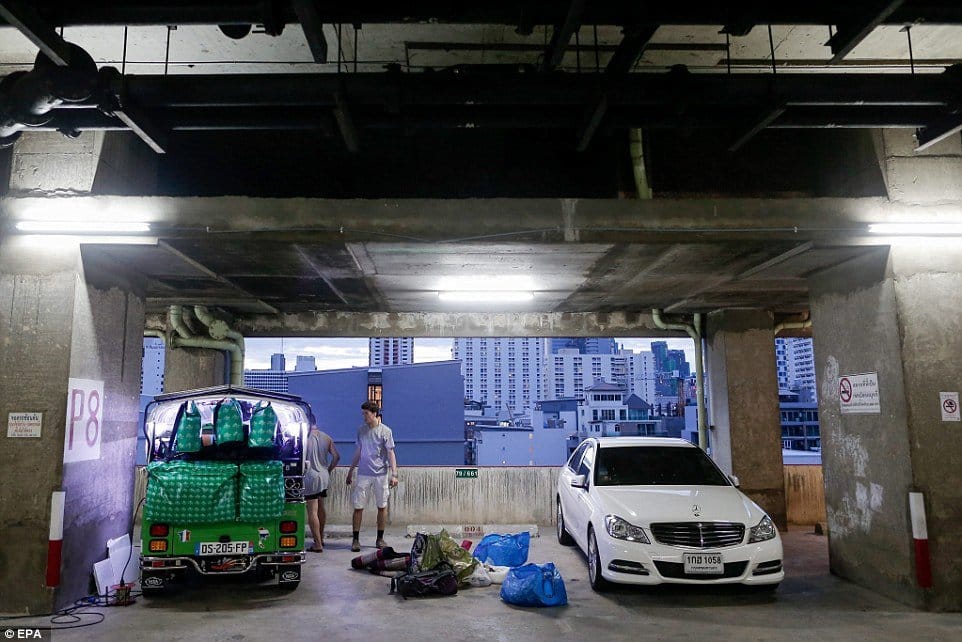 Their tuk-tuk may not look much but it can actually run to a max of 100 km per hour. They plan to arrive in France in December just in time for the United Nations Climate Change Conference.

They intend to travel through the Russian winter in this thing. 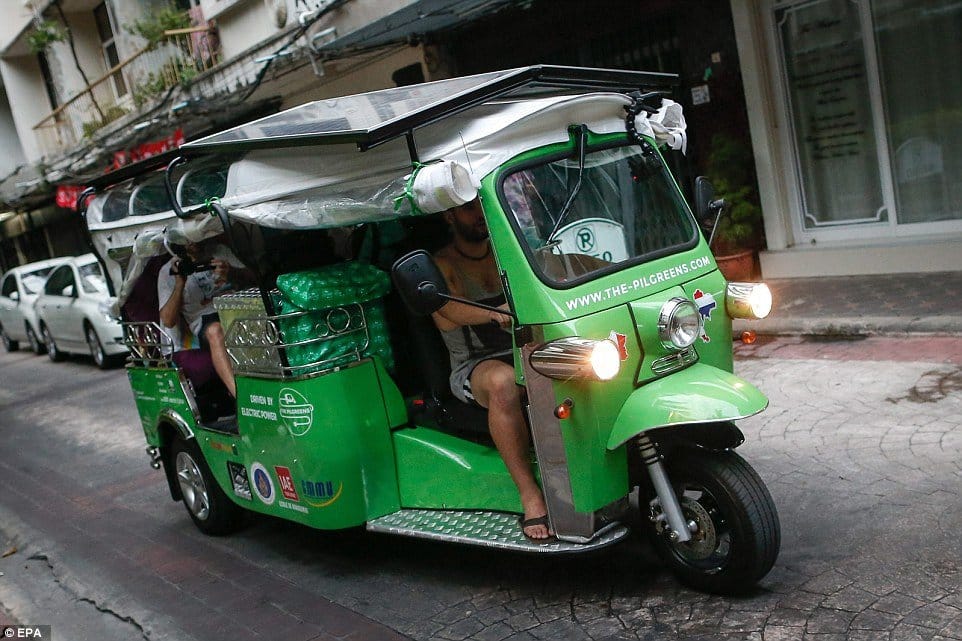 Good luck to these guys! 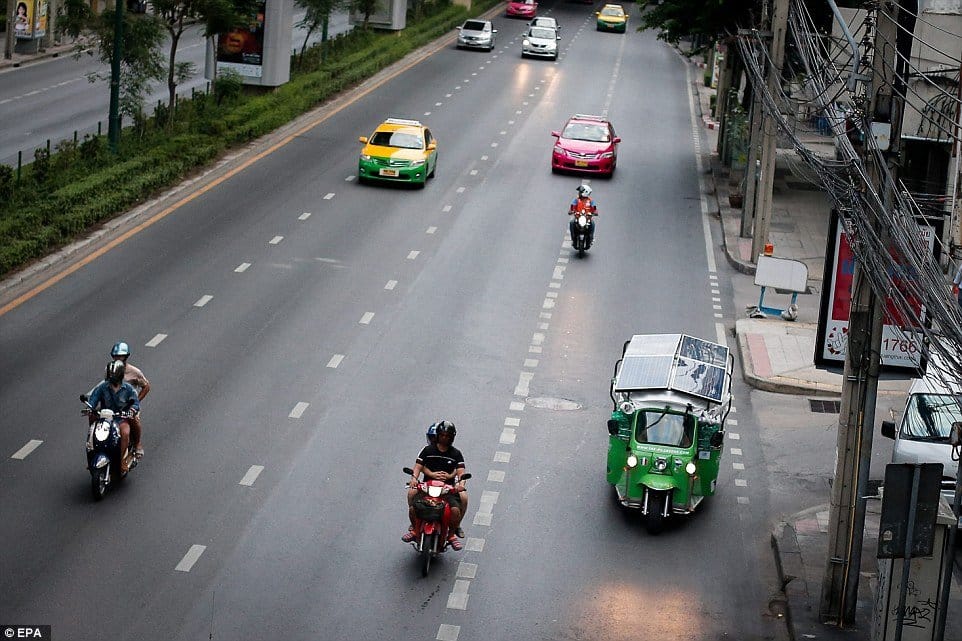