Women still face a number of issues related to gender equality despite the modern world we are already living in. A lot of women today are already degree holders, successful in fields dominated by men, and equally skilled yet they are still discriminated. Women strive to win recognition and equality including this young mind who just shared a powerful poem about feminism.

If adults can’t win the favor of the world, then let’s try hearing the voice of a little child on the issue of feminism and gender equality. The internet is left in awe with the poem that a third grader reportedly wrote.

According to reports, an anonymous teacher took to social media to share a photo of a literary piece allegedly written by her girl pupil. She wrote:

“Take a moment to read this poem written today by one of my students. One of my THIRD GRADE students,” she wrote. “She wrote it at recess – no prompt, just free-flowing thought.”

This poem titled “The True Feminine” was allegedly written by a third grader. 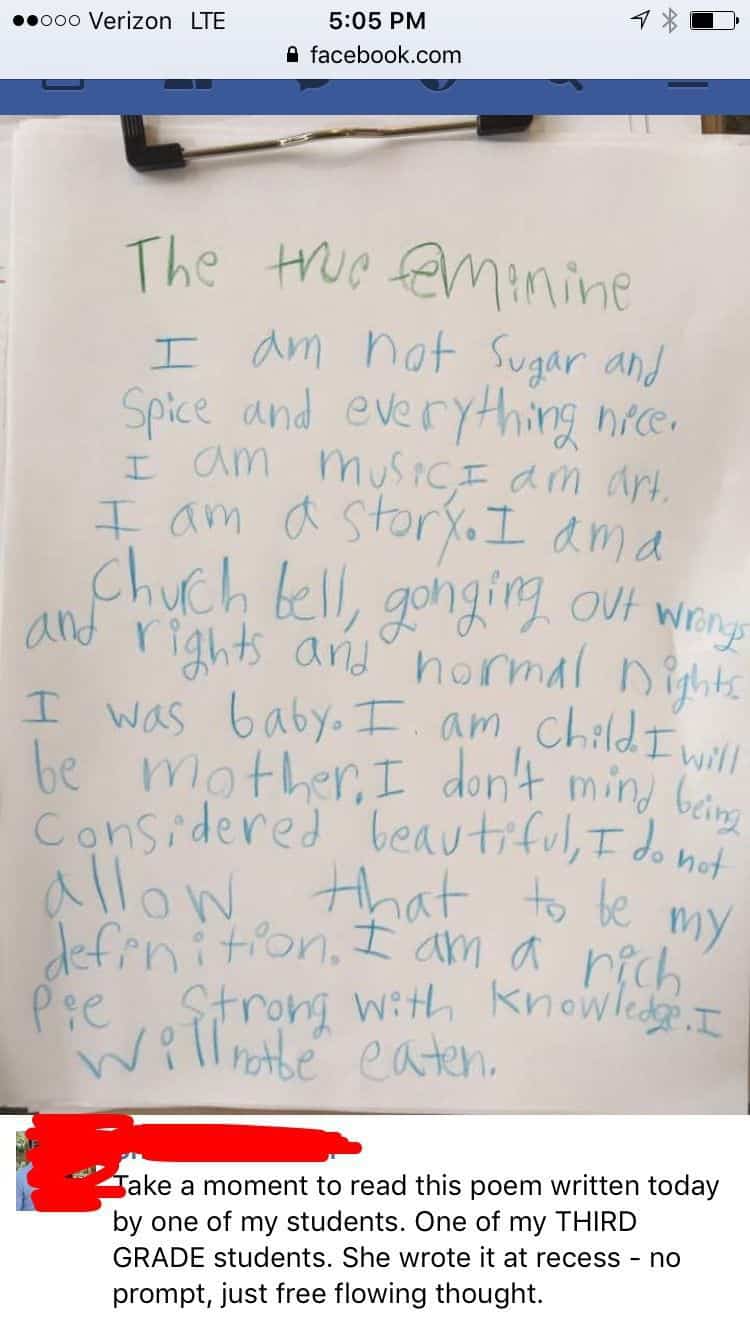 People on social media were struck by the poem on feminism and a Twitter user that goes by the name Arabelle Sicardi (rich pie) shared the photo on her account. The message was so powerful for a supposedly naïve girl that it quickly went viral. Sicardi even likened the girl to the prominent American poet and novelist, Sylvia Plath, who won a posthumous Pulitzer Prize for “The Collected Poems” back in 1982. Both their pieces focused on the experience of being a woman, hence dubbing the third grader as the new generation Sylvia Plath.

The poem started to gain popularity when it was shared on Twitter. 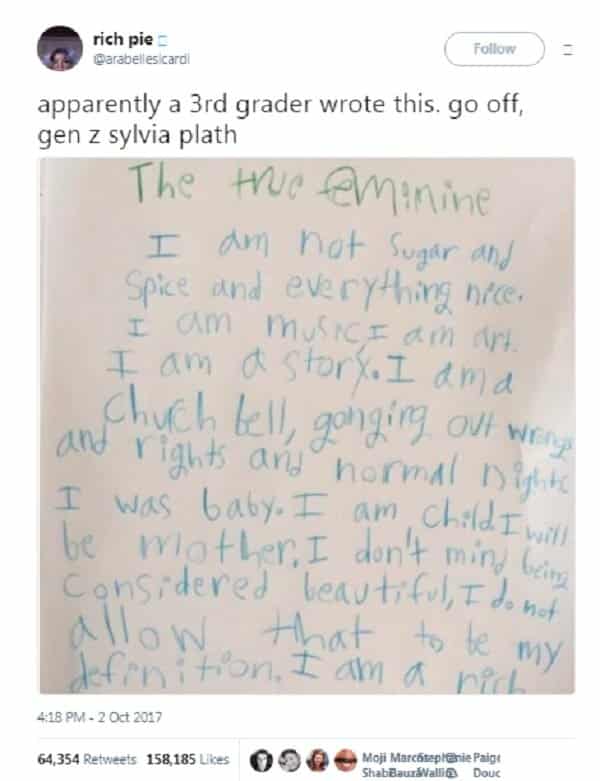 The girl’s identity was never confirmed so many are doubting that a third grader actually wrote it. Sicardi then asked for other netizens’ help to give her information about the little poet’s identity.

Twitter users re definitely moved by the poem. Many were amazed with the girl’s talent of using such strong words at a young age, with one user even writing in praise:

“I will never write anything this beautiful and I have a degree in English. You go, young 3rd grader. Keep baring your brave heart.”

Although there are those who are doubting that a little girl wrote the poem, there are also those who admire such a young mind that thinks deeply about a matured issue. 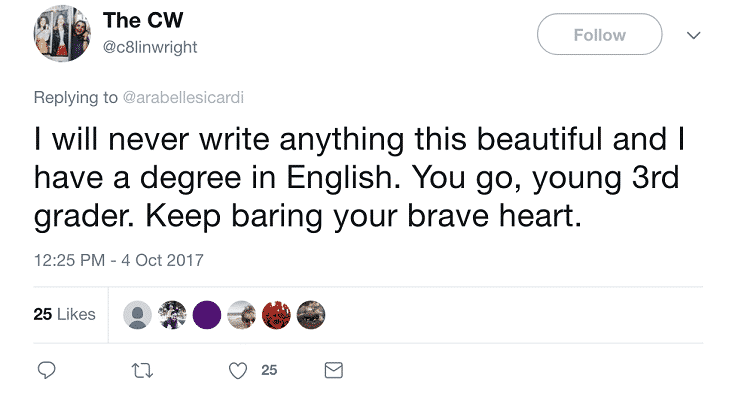