The Bridge of Sighs is known to some as the Ponte sei Sospiri, and it’s one of the most famous bridges in Venice. The beautiful bridge sits atop the Rio di Palazzo canal in Venice, and is made with intricately carved white limestone with tiny latticed windows.

It was built in 1600 to connect the Doge’s Palace to the newly established prison at the time called the Prigioni Nuove.

The Bridge of Sighs is a famous landmark in Venice… 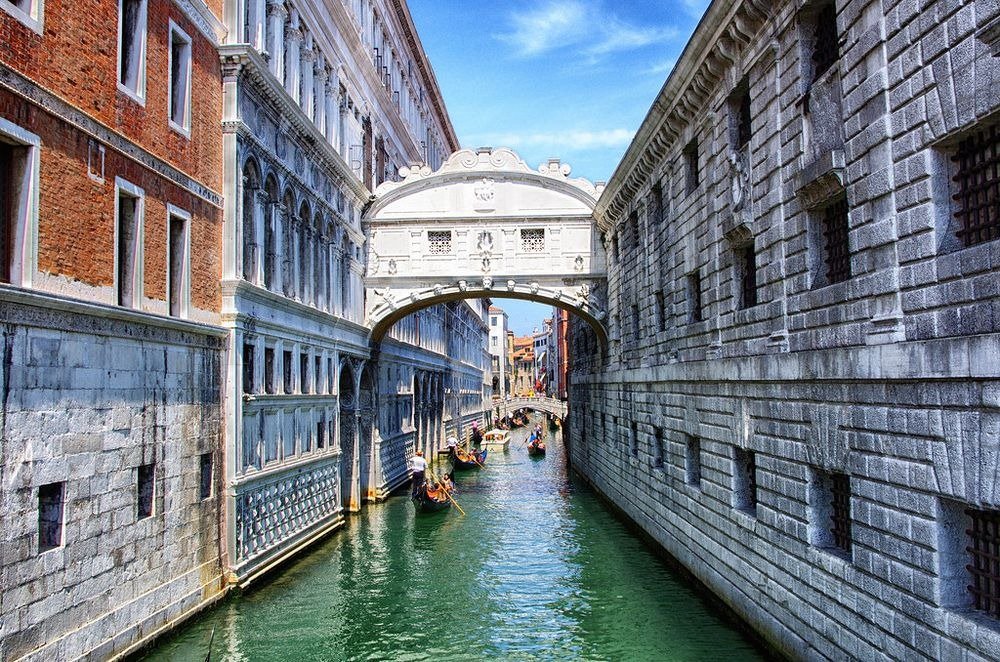 But its history is not as pleasant. 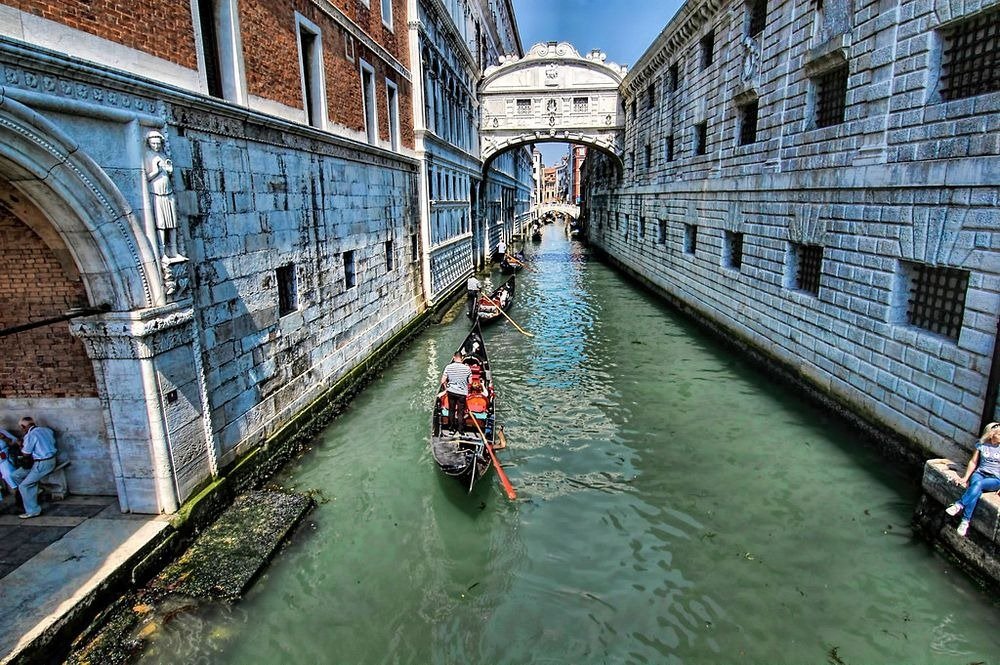 You might be wondering why this famous bridge is called the Bridge of Sighs, and the reason behind that is actually quite tragic. The bridge was used to lead prisoners from the interrogations rooms located at the Doge’s Palace to their cells in the Prigioni Nuove.

Back in the 1600s when the bridge was built, it’s said that convicted prisoners would walk across the bridge to catch a brief glimpse of the outside world through the tiny windows before they served their sentences or await their execution.

Hence, the bridge is called the “Bridge of Sighs”. 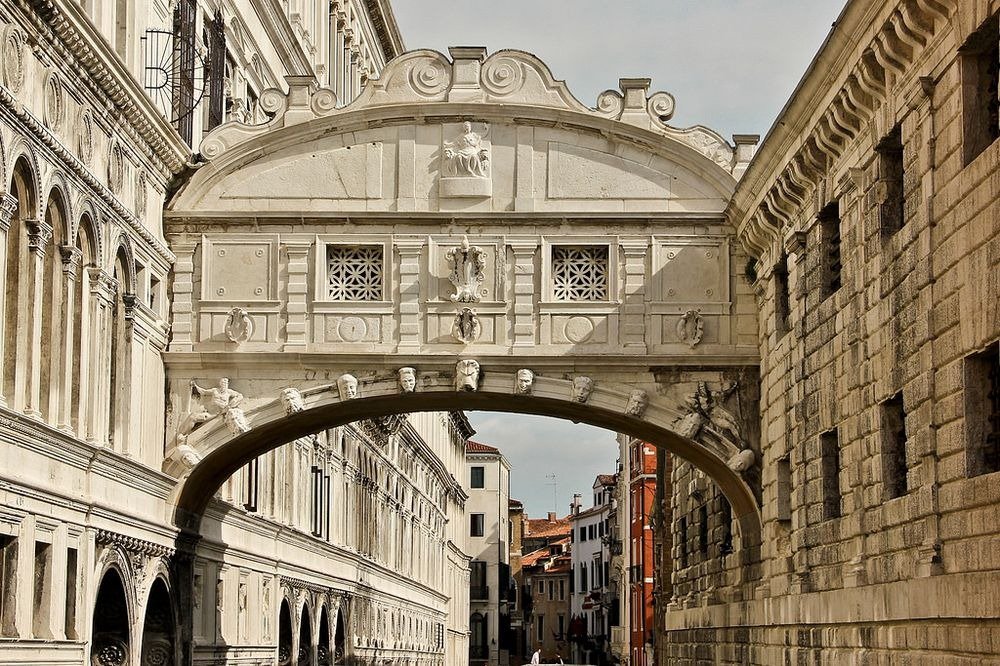 However, this may just be a romanticized version of the story, as most of the prisoners house in the Prigione Nuove by the time the bridge was build were actually just small-time criminals waiting to serve shorter sentences. In addition, it may have been quite hard to look out from the bridge onto the outside world as the tiny windows would have been hard to see out of. Quite a sad sight to be their last of the outside world.

This would be a prisoner's view from inside the bridge. 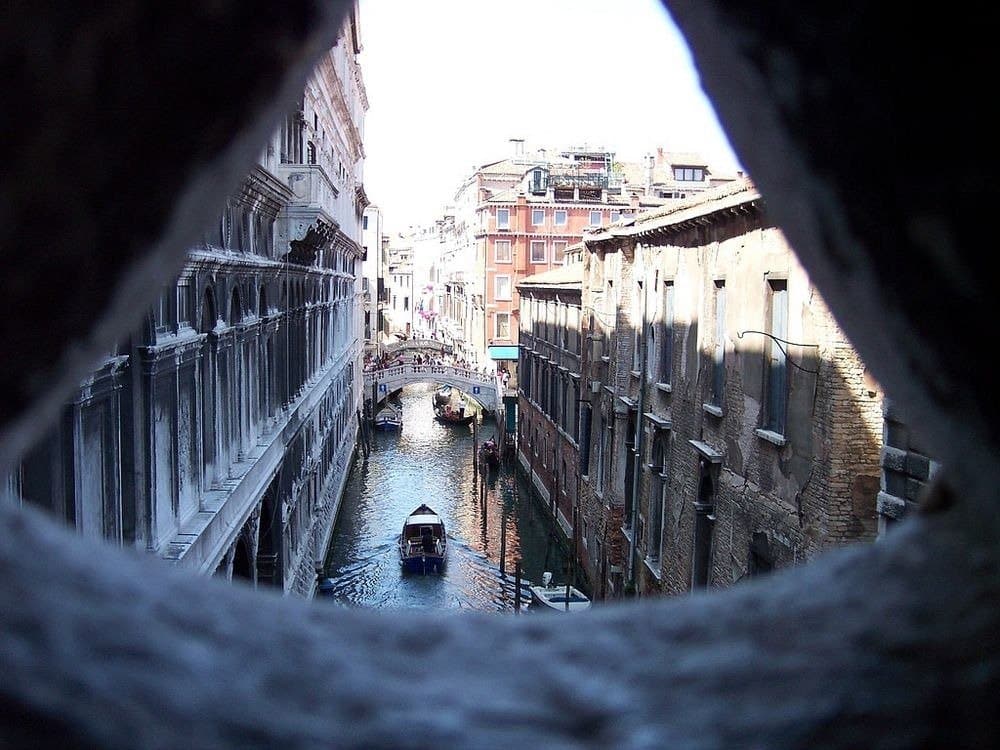 Here's what the view would be like from atop the bridge. 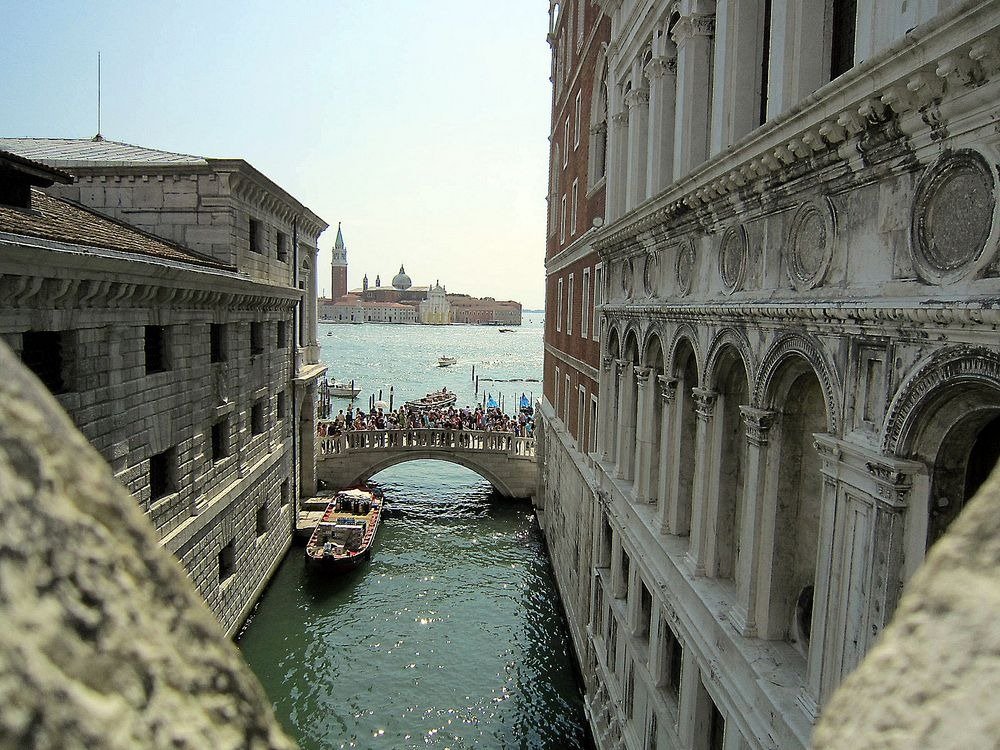 Today, the Bridge of Sighs is associated with a different, more uplifting legend. Since Venice is a romantic city, a new legend formed around the bridge. It is said that if lovers kiss on a gondola at sunset while passing beneath the Bridge of Sighs, they will be blessed with eternal love.

Legend says, lovers who kiss on a gondola under the bridge are granted eternal love. 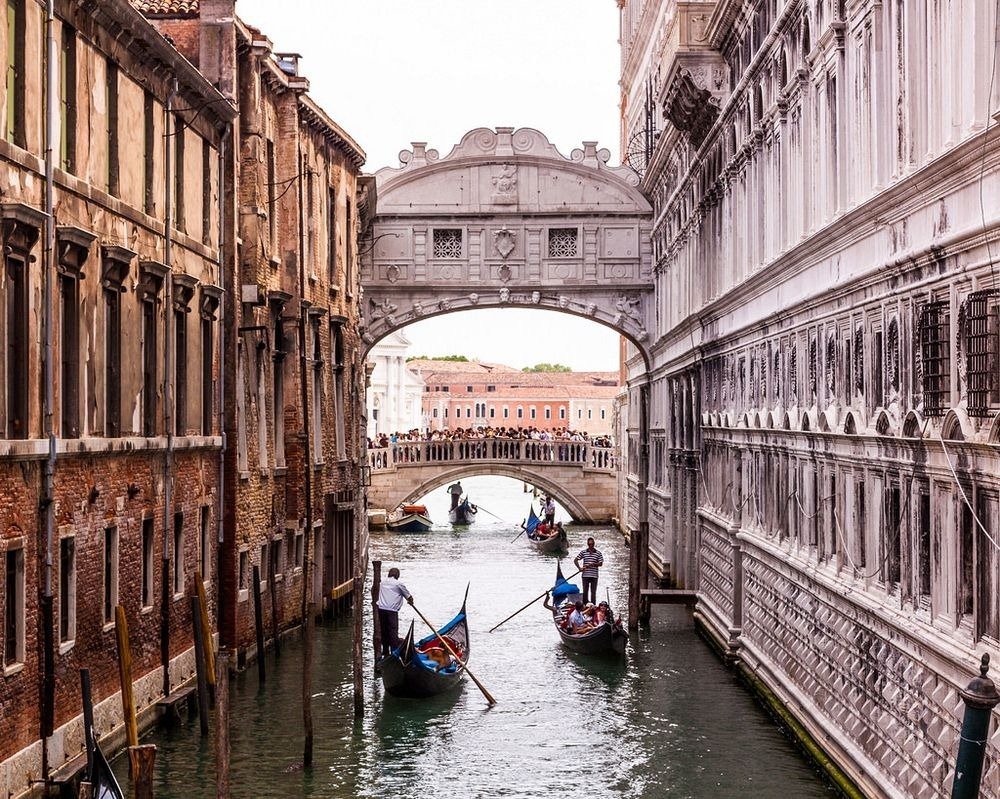 And since Venice is known as one of the world’s most romantic cities, it’s a lot nicer to associate a kiss of eternal love with one of its most famous sights.