Since the earliest of civilizations, weapons were made to help humans hunt animals, scavage food and protect themselves. Several cave paintings dating 30,000 years ago depict humans pierced by arrows and old rock arts found in Northern Australia show acts of violence among early hunters.

As new natural resources were discovered beneath the surface of the earth, conventional stone weapons were replaced by bronze, and then later, iron weapons. As the industrial age progressed, muskets were invented, and then automatic rifles were developed.

Thom Atkinson, in his photo series entitled Soldiers’ Inventories, documented the evolution of battle kits used by soldiers in 1,000 years. 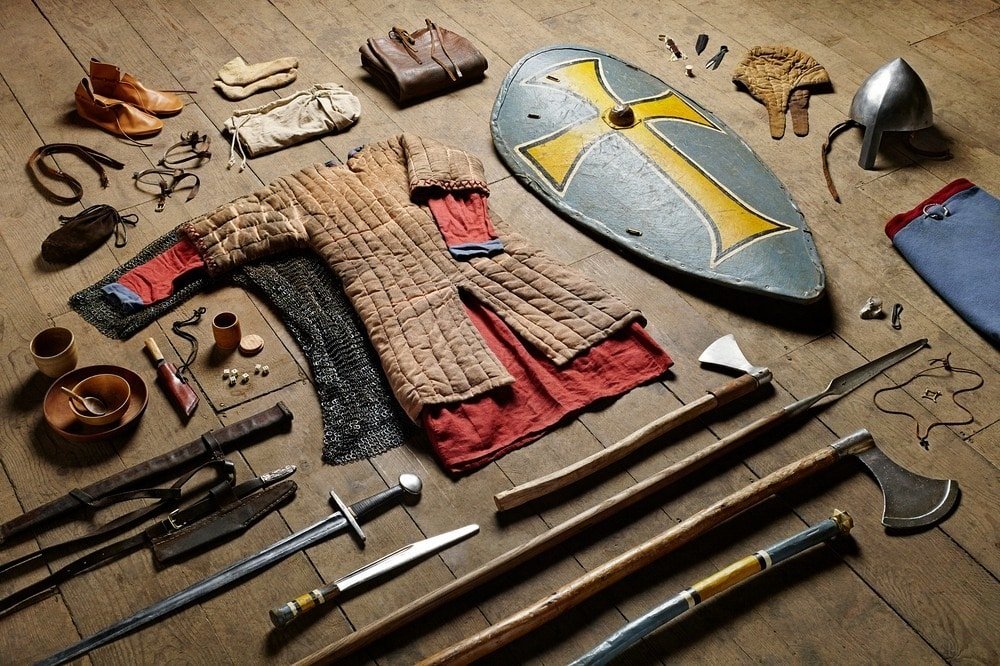 The series provides a glimpse of the evolution of warfare in our history – from the Battle of Hastings in 1066 up to the Afghan War in 2013. It can be observed that the early soldiers carry fewer things to keep their weight down, but our modern-day soldiers carry more stuff, thanks to the development of lighter combat materials allowing soldiers to haul more. 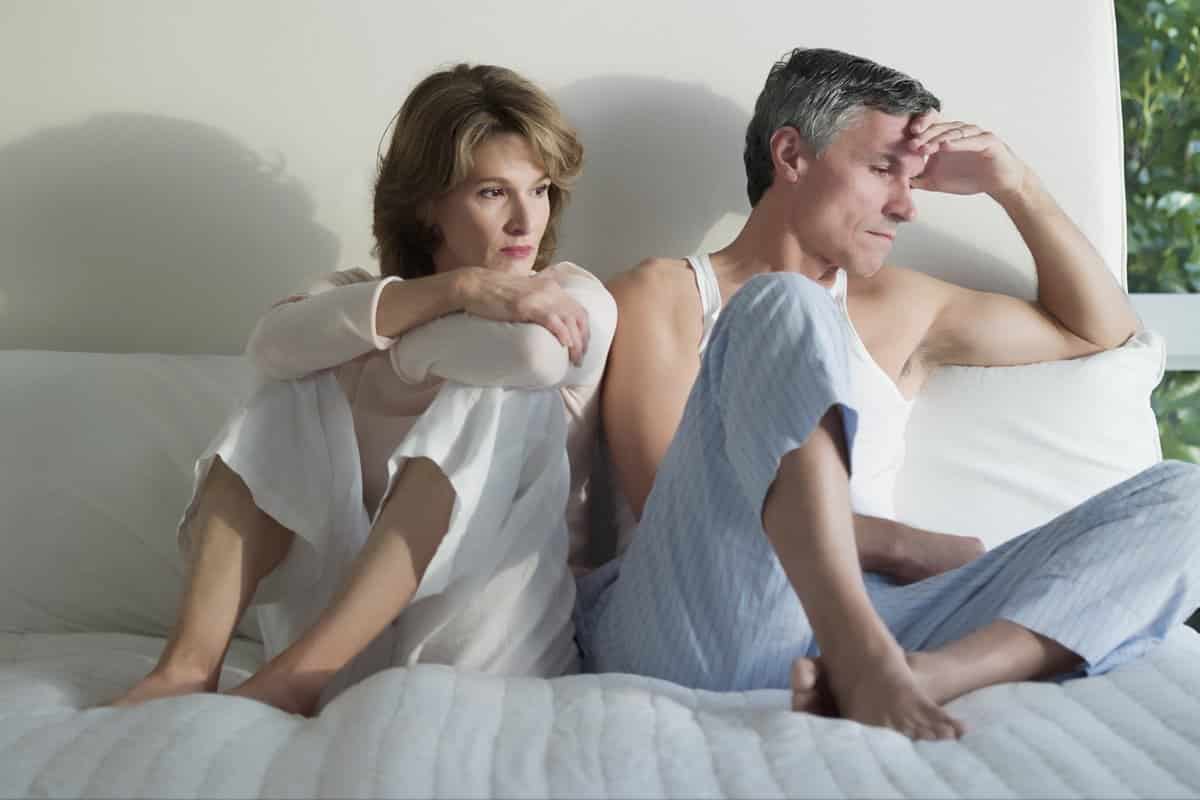 A dagger, sword, flanged mace, glaive, and crescent-shaped ax were new inventions at that time. For body armor, they had two types of helmet, a shield, maille to cover up the legs, and thigh-length sleeveless leather vest lined with metal plates. Soldiers also carried utensils for eating and a leather box of needles and thread for repairs. 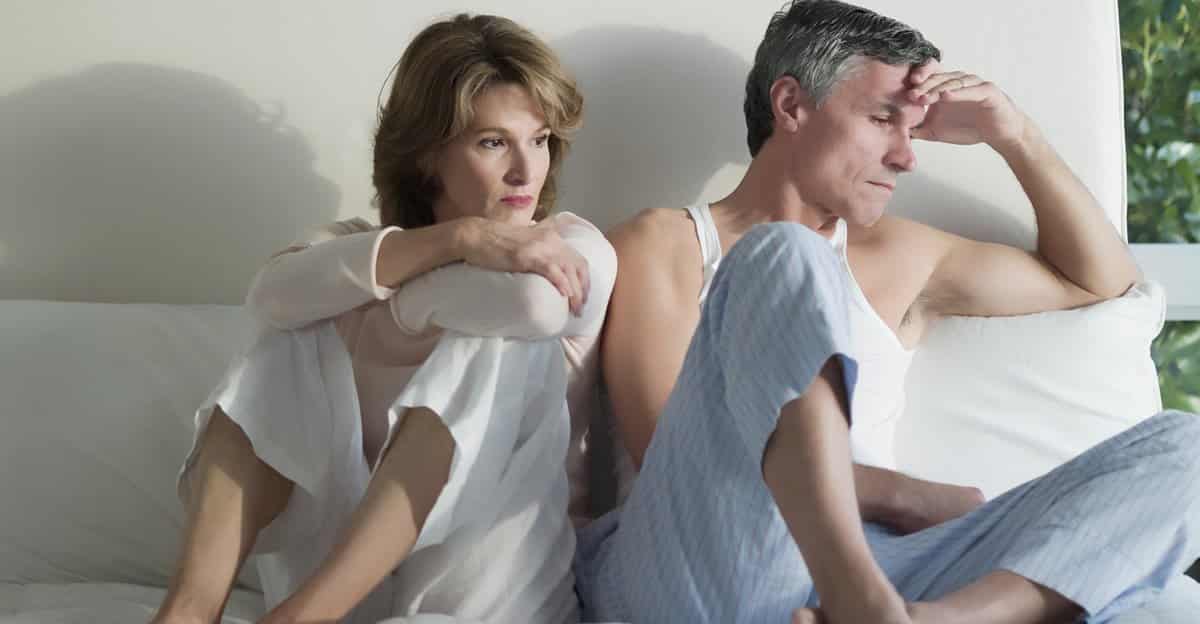 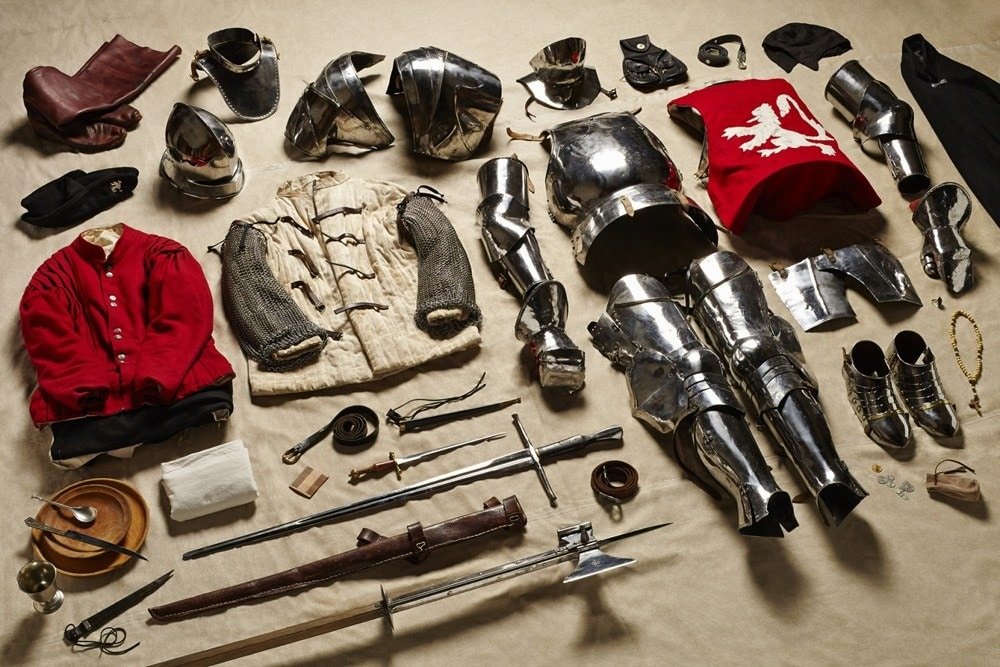 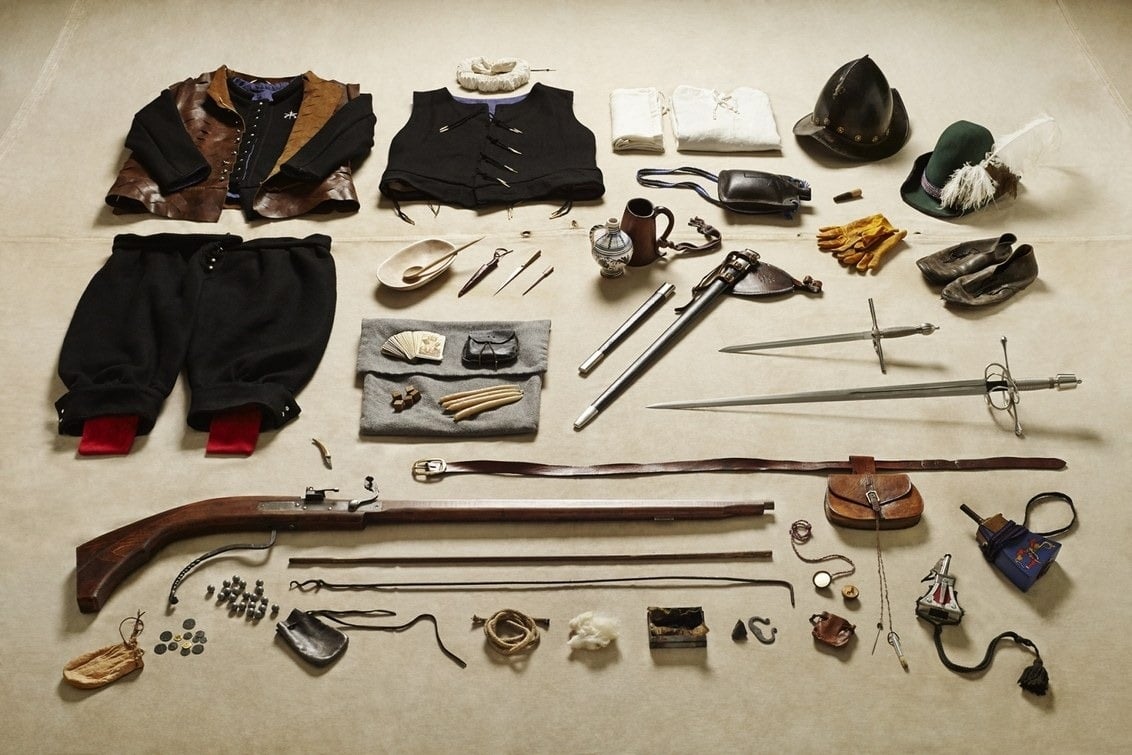 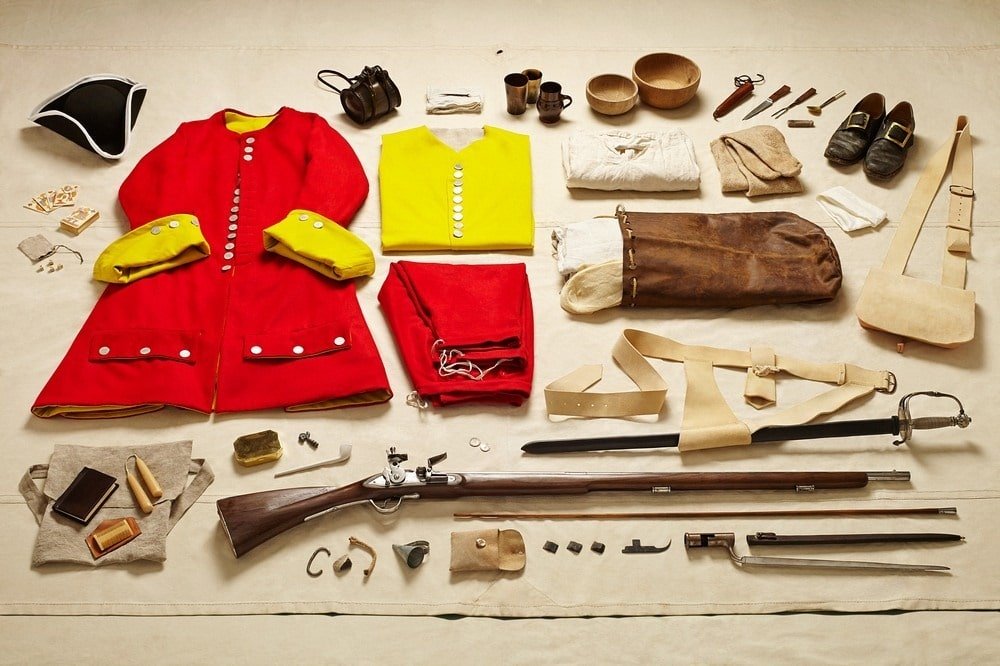 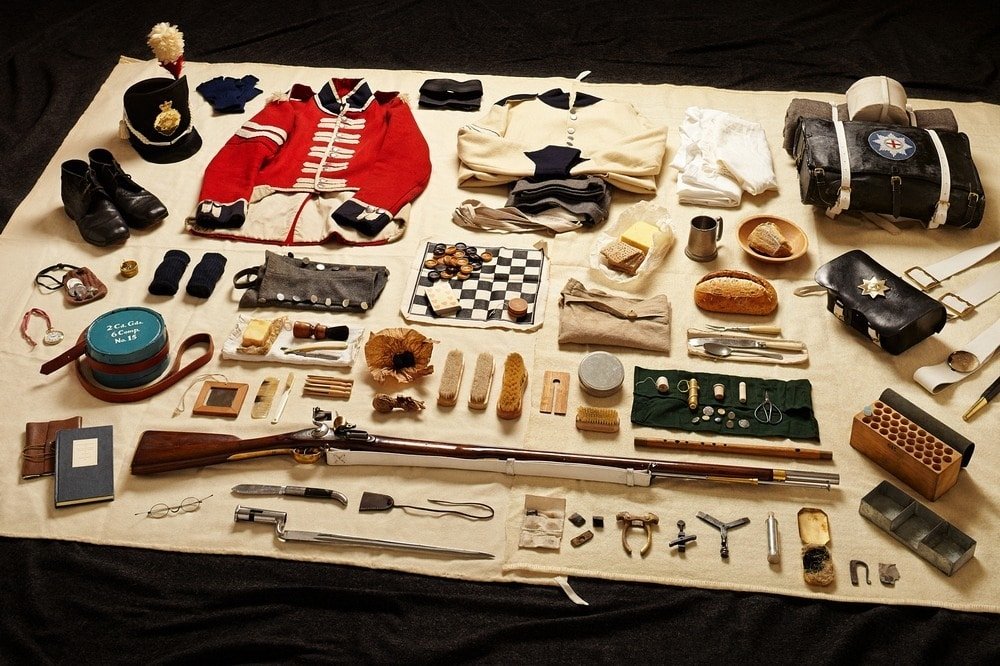 Aside from carrying weapons and tools for defense, soldiers also had games to fight boredom.

Private soldier, Battle of the Somme, 1916 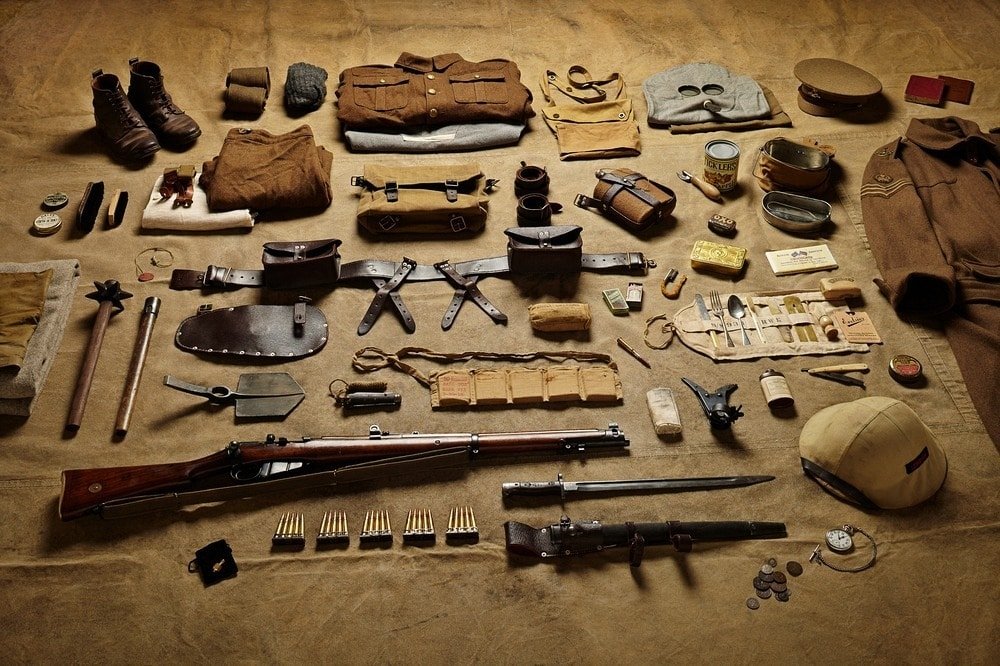 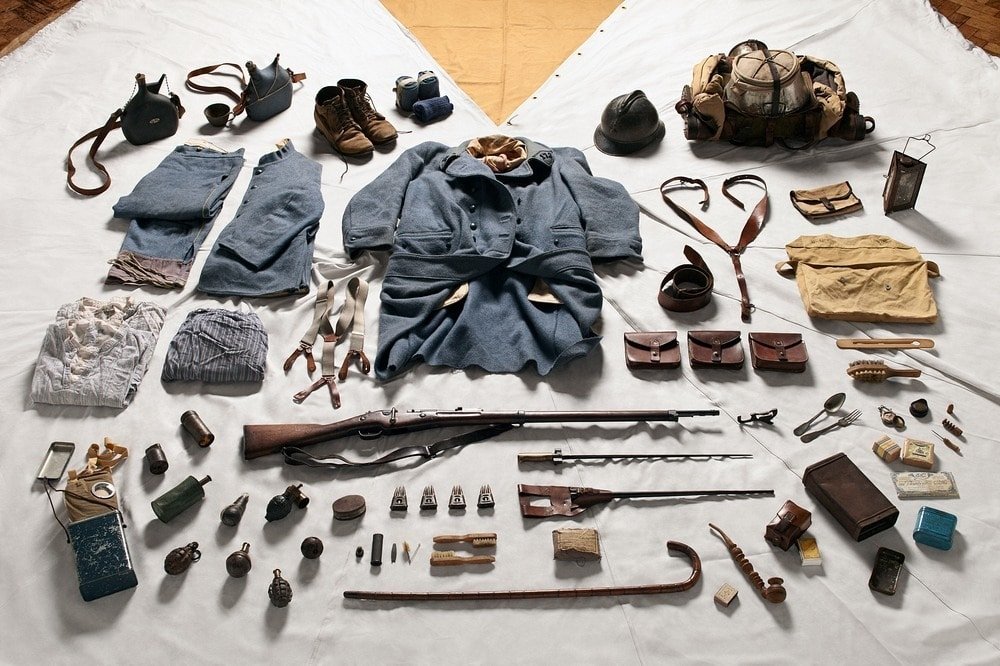 US Infantryman (Doughboy), Arrival in France, 1917 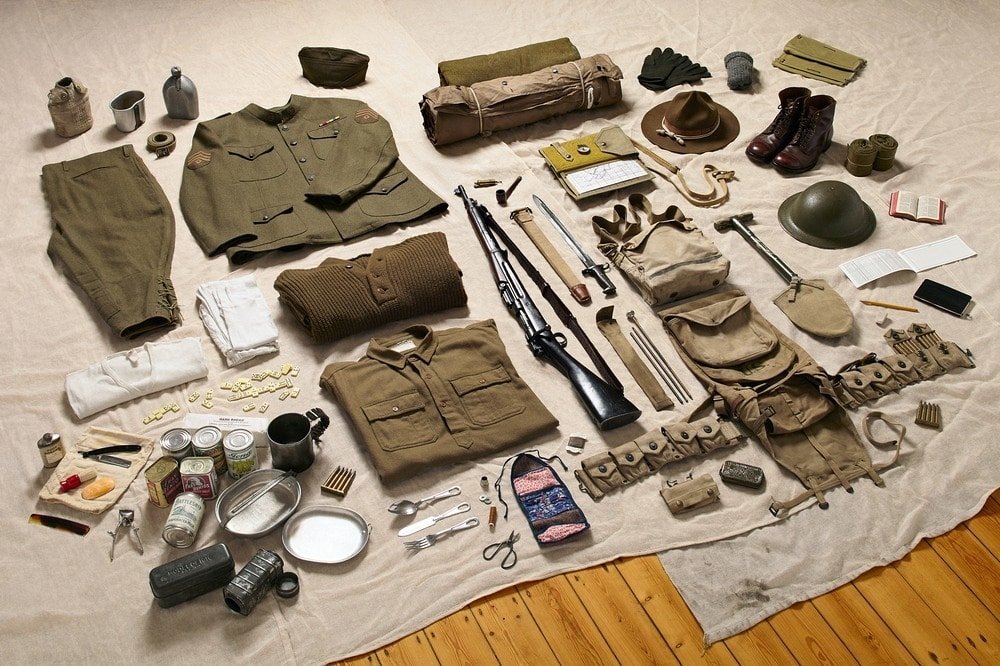 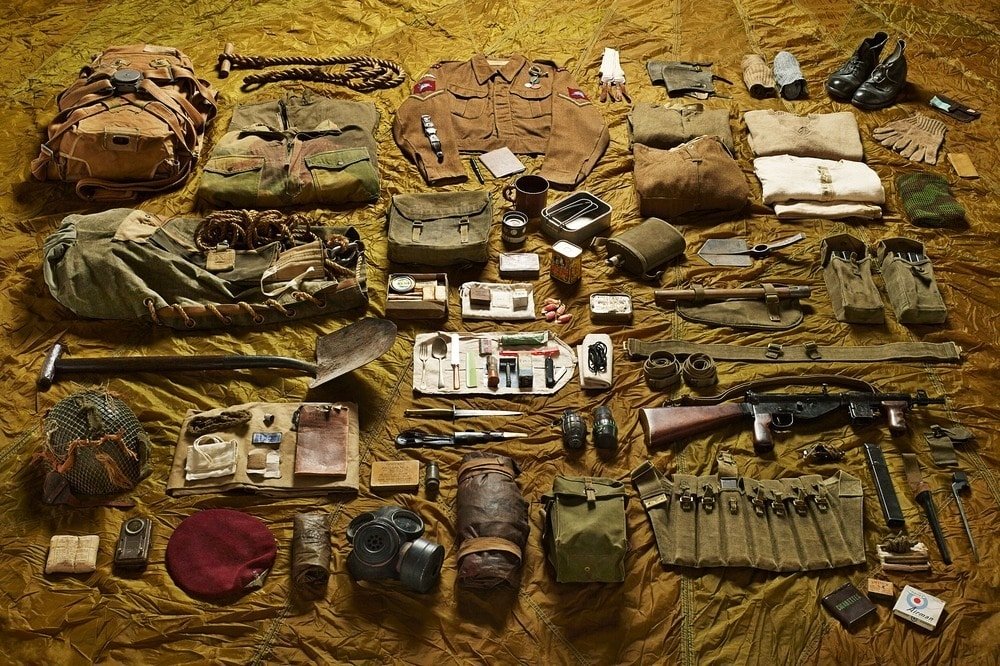 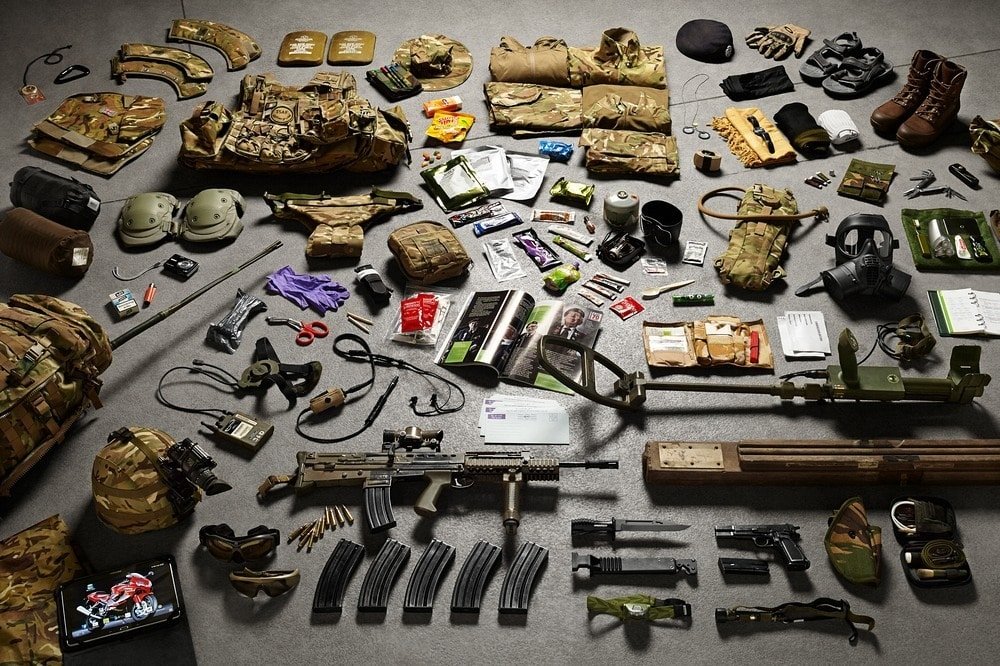 In this photo, you can see an Ipad in a soldier’s kit.

Advancements in technology played an enormous role in the evolution of the modern day soldier.Weapons are more lethal, and soldiers are more efficient than ever.