We all had our share of those people persuading us to switch religions. Polite refusal is the best way to deal with them, but what if these recruiters cross the line? Things can get really ugly, just like what happened to a terror suspect when his converting tactics turned nasty – he got a savage jailhouse beating from his fellow inmates.

The brawl was captured on video, showing Carlos Larmond, who is in jail for terrorism charges, being beaten up by Terrence Wilson and Michael Clarke inside Ottawa-Carleton Detention Centre. 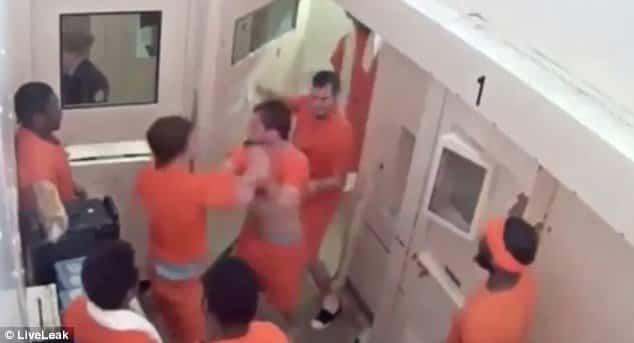 Wilson’s lawyer issued a statement regarding the attack, which happened weeks after Larmond was trying to recruit Wilson to become a “soldier of Islam”.

According to the lawyer,

“It first started with some friendly requests for him to convert to Islam and be a soldier of Islam, and my client was having none of it. It escalated to the point where threats were starting to be made that my client would be killed in his cell if he didn’t convert. That was followed up by another threat that my client’s family would be killed by someone on the outside if he didn’t convert.”

Things started to get really ugly for Larmond…

The video is absolutely brutal, showing Wilson and Clarke punching, kicking, and stamping Larmond. At one point, Larmond was even hurled into a wall and hit by a crate numerous times. The other inmates watching the riot didn’t make an effort to stop the fight or help Larmond. They even congratulated Wilson and Clark after police officers whisked Larmond to safety. 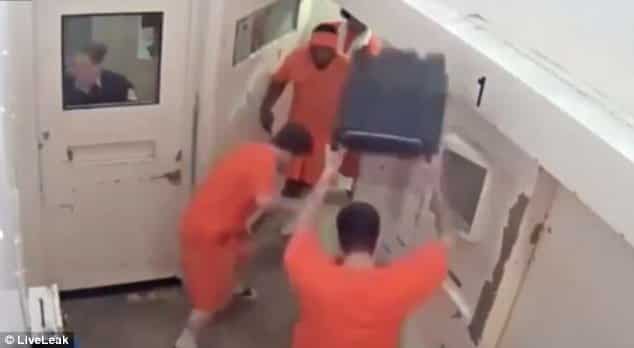 Larmond was saved by the guards’ intervention 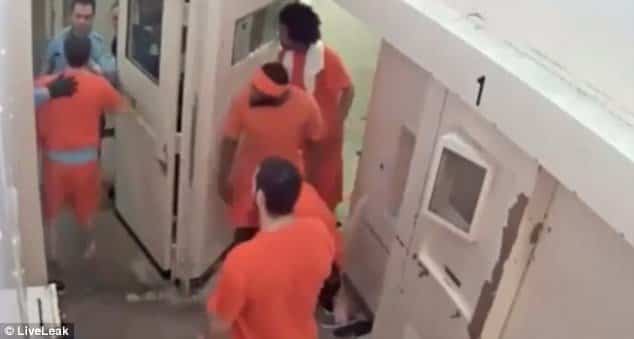 The assault resulted to a broken hand and black eye for Larmond, while Wilson got a 60-day sentence. Clarke is due for a trial.

Larmond is currently awaiting trial for terrorism charges together with his twin brother, Ashton. According to reports, Larmond has allegedly participated in a terrorist group, even traveling abroad to engage in terror activities.