Ever seen a mass brawl during a flight? It may sound unusual but that’s exactly what happened just recently as riot ensued among Easyjet passengers, all because of a drunk woman who began giving lap dances for different guys on the plane.

The aircraft was bound to Ibiza, Spain when the heavily-intoxicated suddenly burst into an impromptu lap dance performance for several men in the flight. According to a witness, she even flashed her breast and did “cartwheels in the aisle.”

The incident happened during a flight from Luton to Ibiza. 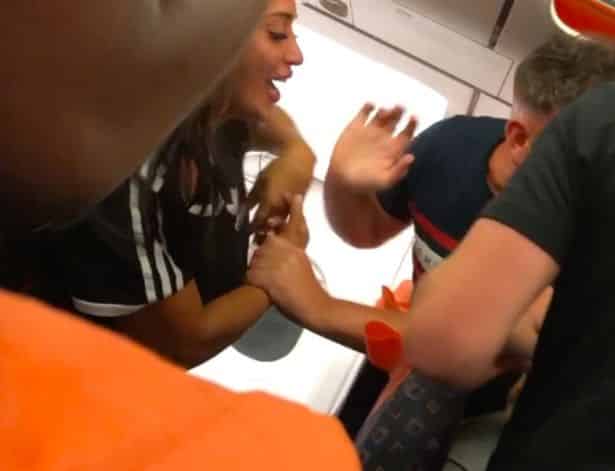 In a Unilad interview, Josh, who captured the brawl on camera, shared that the woman was being really “loud for the whole time leading up to the flight at the gate.”

“We got on the plane and her friends were all seated at the back, and she was at the front amongst guys who were giving her more drink.

“She was up lap-dancing on them and she got her boobs out, and she was a mess the whole time. She was also doing cartwheels down the aisle of the plane while we were flying along.

“There was no proper trouble, everyone was just a bit fed up with her.”

“She was just drinking more and more on the flight and then when we were coming in for landing, obviously you have to put your seat belts on, she didn’t,” added Josh. 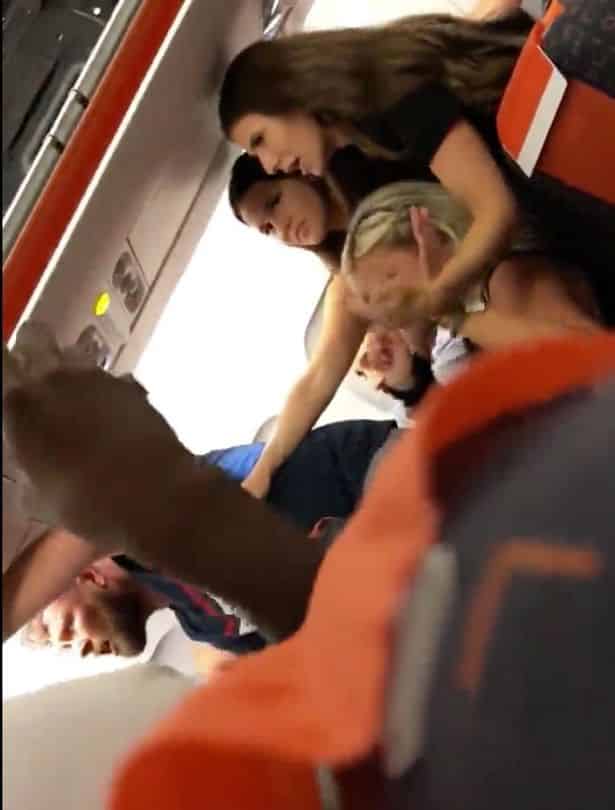 Wearing a black shirt, the unnamed woman eventually stood up as the plane prepared to land, so the cabin crew got mad at her. 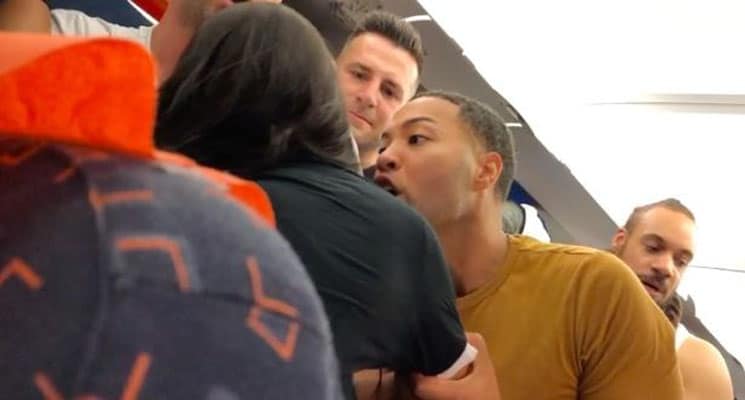 “Her friend had to come from the back of the plane to try and calm her down and she just wasn’t listening.

“Around that point, she started tapping people’s heads that she walked past and then she tapped this one girl’s head who slapped her hand away.”

“In the video there is a guy in the middle, he was trying to protect his girlfriend who was the blonde girl sat behind him,” he further said. 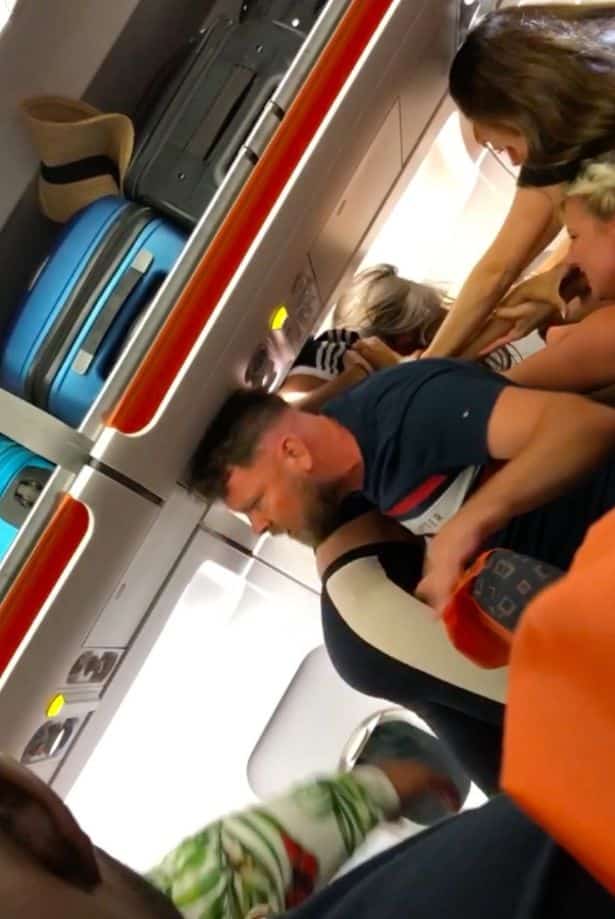 “That’s who slapped her hand away after she tapped her on the head.”

Eventually, the authorities were called to handle the situation. 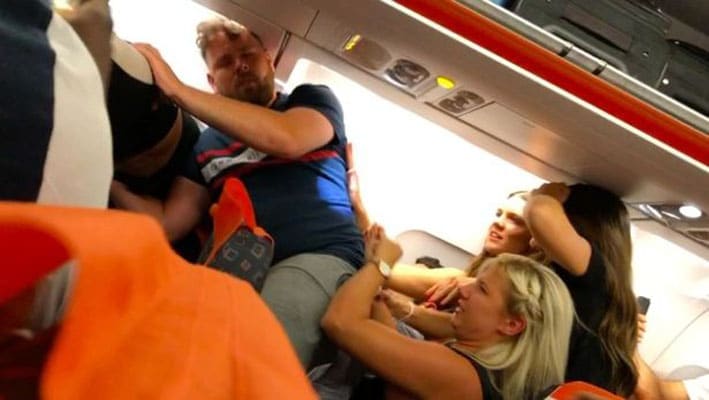 “Then the plane landed, the cabin through said no one was getting off the plane until the police arrive.

“Then the police came on, they took her off the plane in handcuffs and then they let us off.

“She just walked off at that point, but her friend was just saying to her ‘you’re a f*cking joke’ and stuff life that.”

Such incidents are “rare,” according to EasyJet. 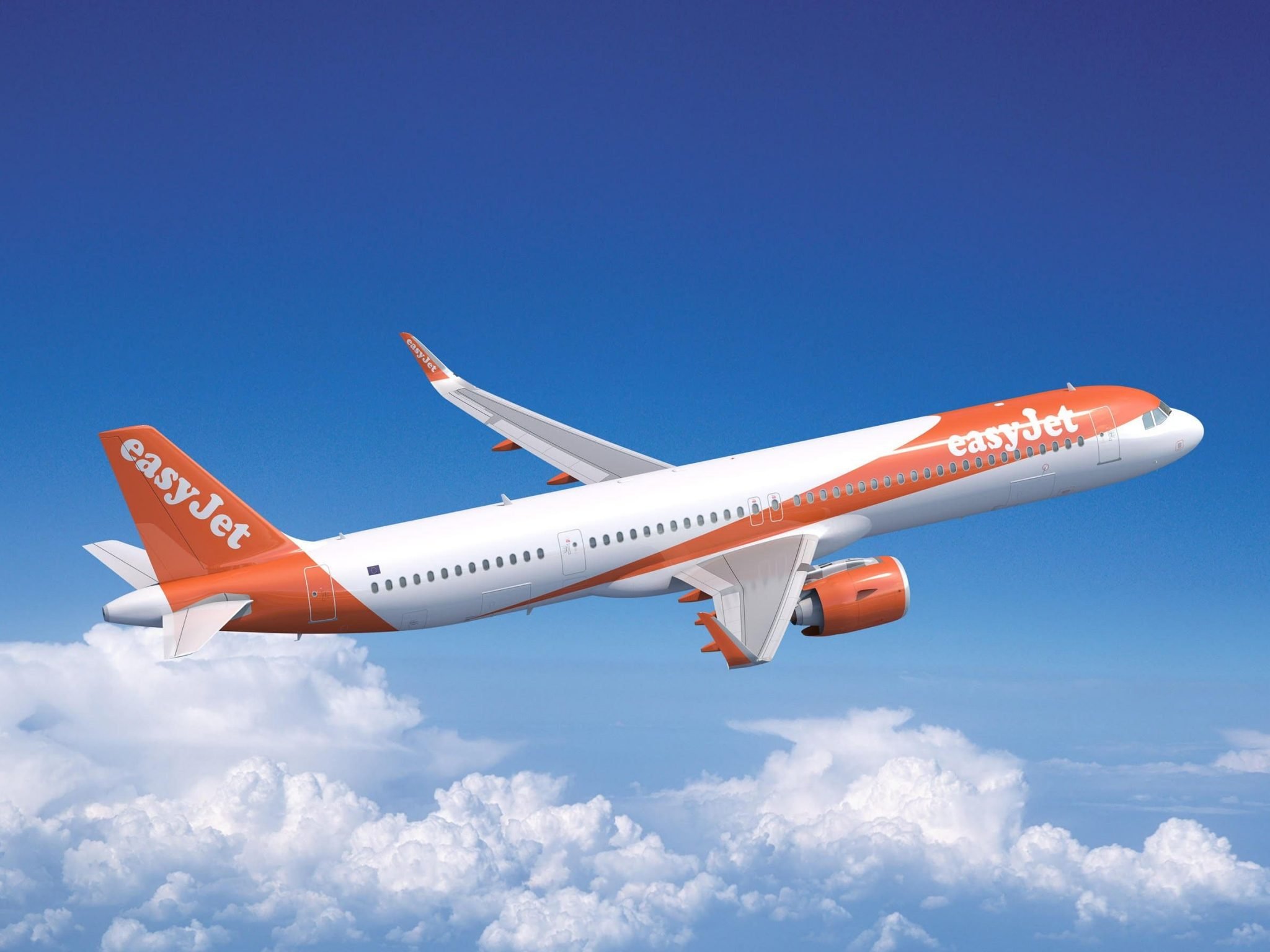 A representative from the airline said about the incident:

“EasyJet can confirm that a group of passengers were escorted off flight EZY2095 from Luton to Ibiza on August 2 by the police on arrival as a result of behaving in a disruptive manner.

“The safety and welfare of our passengers and crew is easyJet’s highest priority. easyJet’s crew are trained to assess and evaluate all incidents.

“Whilst such incidents are rare, we take them very seriously do not tolerate abusive or threatening behaviour onboard and always push for prosecution.”