Our life is a precious gift but there are some of us who go through difficult times and they just stop appreciating their existence. Suicide is very common among youths today who experience depressing problems that they believe they cannot solve. Luckily, there are people concerned enough to stop others from taking their lives, like these two teenage boys who saved a man from jumping off a bridge.

Two schoolboys, Haci Demir and George Sofioniou, were on their way home from an after-school -revision session at St Mary’s C of E High School in Cheshunt last Thursday when they witnessed something terrifying on the Paul Culley Bridge. They saw a man whose legs were already hanging off the side of the bridge, and they thought that he was just doing a stunt. 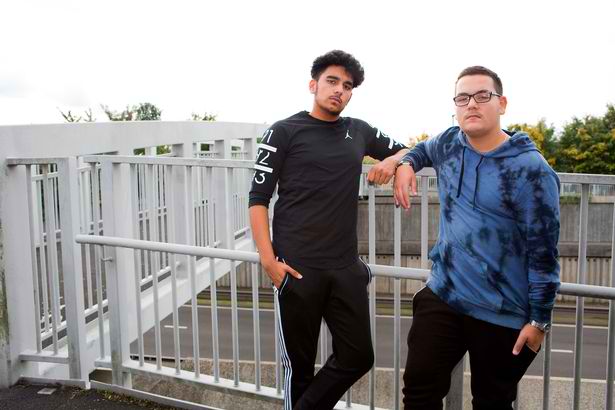 Haci and George saw the man was about to jump off this 25-foot high bridge so they ran immediately to stop him. 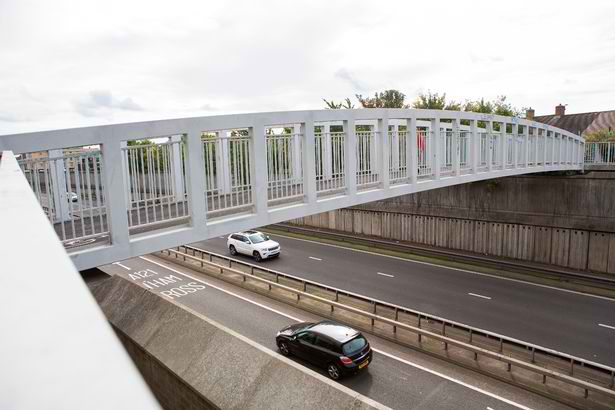 Haci then started to film the man, but when he noticed that he was in distress, he already knew that he was about to jump to death. The boys then ran towards the man and cajoled him. George gripped the man’s jumper around the neck while Haci grabbed him by the hips. The 21-year-old suicidal man has however fought back and insisted to jump down to the traffic below the bridge.

The two schoolboys plead the man to go down saying:

“Please don’t do this, we are too young to see someone die.”

Haci said the people walking by didn’t even care to help them bring down the suicidal man. He said it was very disappointing that there are people who don’t even care whether a man is about to die, and just walked past them. Luckily, there were strangers who decided to step in including 47-year-old Joanne Stammers who has Klippel-Trenaunay syndrome. An unnamed 12-year-old also reportedly helped the lads and held the man’s ankle before running to call for help.

Initially, the boys thought the man was just to do a stunt, but he looked troubled and soon realized he was to commit suicide. 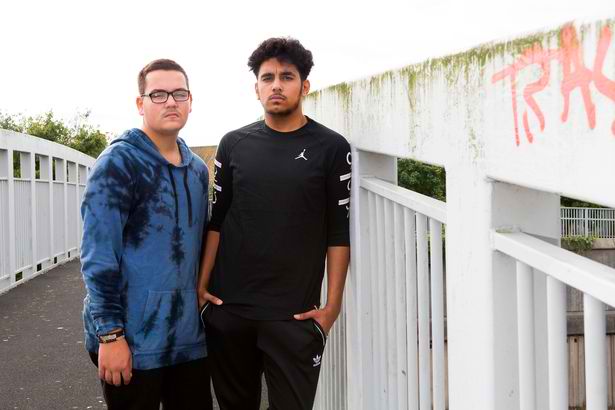 The two boys then tried to convince the man that there’s more to life than his problems. Haci told the man:

“Don’t do this, your family loves you, think about your mum, your dad, your wife.”

Haci said the man was crying and shaking while trying to jump off. The boys told him:

The distressed man has however only told them to tell his mom that he loves her if she ever calls. Police then came and handcuffed the man to the around the bars and he then knew that his attempt was over. The heroes then went home, carrying the trauma of that day with them.

Haci’s mother, Delik Demir said the incident affected her son so much. She said:

“I’m worried for Haci. At bedtime he sits on his bed and says he can’t sleep. He dreams he’s on the bridge, that he’s jumping and the people are not holding him.”

Although they were traumatized by the drama, Haci and George still feel happy that they could save a life. 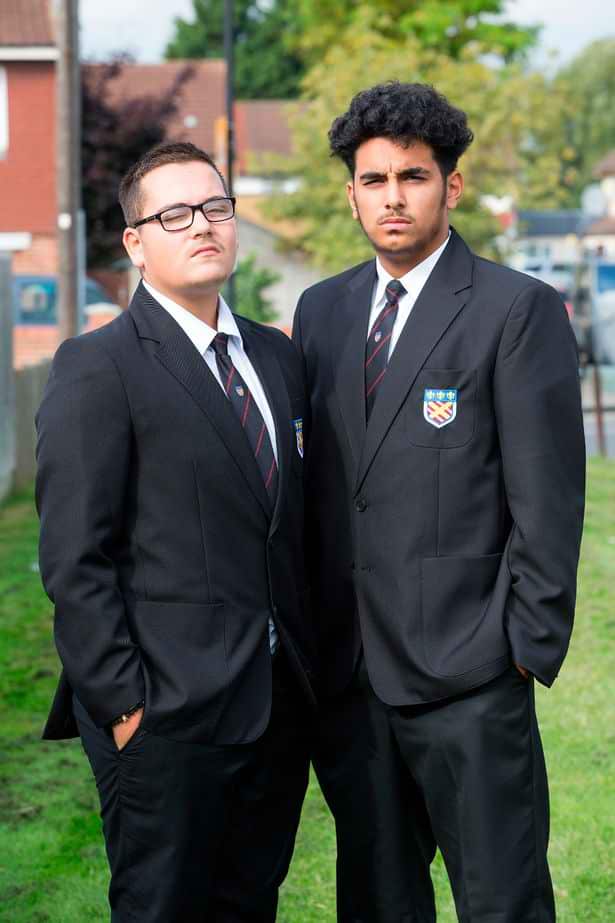 Haci admits that he had nightmares of the Thursday drama but was happy they were able to save the man’s life. George, on the other hand, said he was proud that they could help him.

Chief Inspector Ian Butler, of the Hertfordshire Constabulary police vowed to honor the two 15-year-old heroes including two other school boys, the 12-year-old and Miss Stammers. He said:

“I am in no doubt that the actions of the four boys and a woman who also helped saved this man’s life. I will be recommending them for the highest possible bravery award. A number of other people also stopped to assist and I will be looking at recognising their actions as well.”

Mirror UK reports the the suicidal man was taken to hospital after the drama but is now back at home. His grandmother was very thankful to the boys saying:

“We are so grateful to the boys. It wasn’t an easy thing to do and they were very brave. And thank you to the other men and women that assisted.”