Some people have a natural knack for being lucky. But when you push your luck just a little too far, you’ll start to wish you never even got lucky in the first place! Take this story of a man who thought he had found a beautiful and willing woman. But not everything is as it seems… 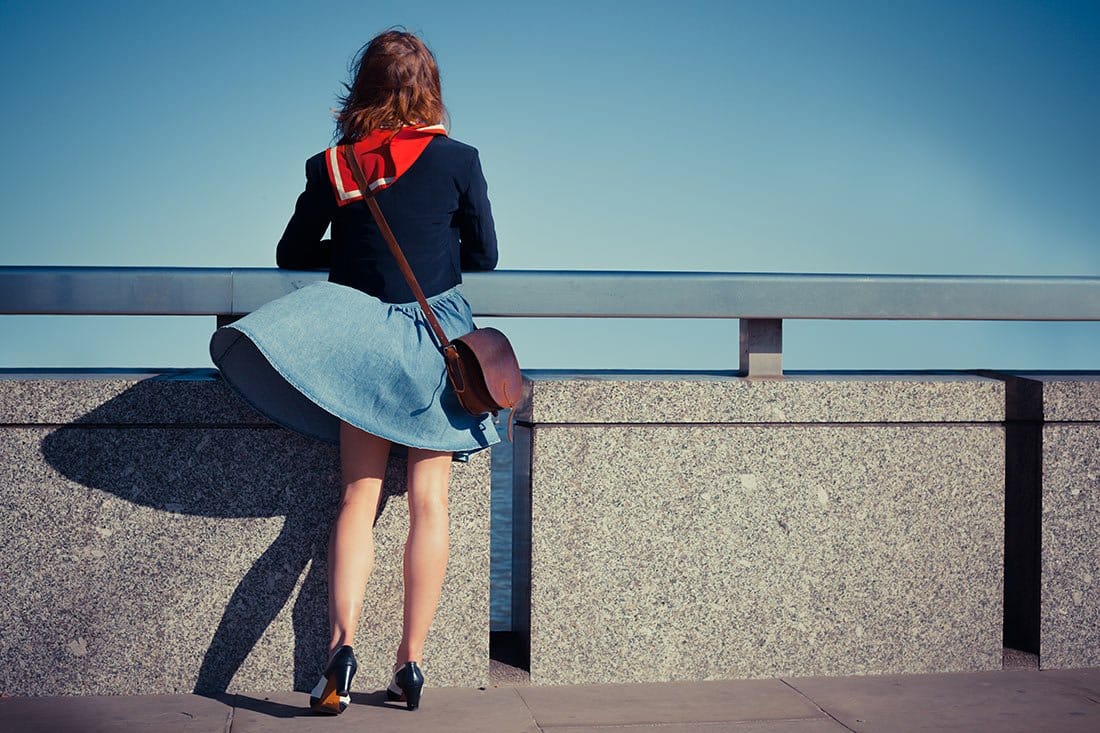 One day, a man was walking along the bridge when he noticed a beautiful woman standing on the ledge. She looked like she was about to jump, so the man decided to stop her.

The startled woman saw him and stepped down from the ledge to talk to the man.

The man asked, “What’s wrong? Why are you trying to kill yourself?”

The woman broke into tears then replied, “My boyfriend left me and ran off with another woman. That’s why I want to die!”

“Listen, I get that it hurts so much. I’m going through a painful breakup myself. But jumping off the bridge never crossed my mind.”

“Well,” the woman said, “What do you suggest we do then?”

The man thought for a bit. There was a beautiful heartbroken woman who seems willing to do just about anything. He figured it might be his lucky day!

“You know what,” he started, “we can get revenge on both of them for leaving us…” He trailed off with a knowing smile.

“What do you mean? How can we get revenge?”

The man winked at her and took her hand, “I think you know what I mean.” And then he gave her a sly wink, to which she responded with a smile.

The two then went off to a nearby motel and things got pretty heated.

At the end of their first round, the man lit up a cigarette and started smoking in bed.

“Hey,” the woman said, “how about let’s take revenge on them again.”

The man happily agreed, and so they went at it again.

After a tiring second round, the man sat up and lit up another cigarette. Halfway through, the woman seductively whispered, “Let’s take revenge again.”

Not wanting to disappoint, the man agreed again.

After an exhausting third round, the man lit up yet another cigarette. But before he could take the first puff, the woman said, “Let’s take revenge again.”

With all the strength he could muster, the man agreed and they went at it again.

After this fourth round, the man couldn’t even sit up anymore, so he reached for his pack of cigarettes. Before he could even pull a cigarette out, the woman took his hand and said, “Let’s take revenge again.”

Share this story with your friends and let them know the true value of forgiveness!