Not all heroes wear capes. Some simply have lightning fast reflexes and a pure intention to help. Case in point, a fireman is being hailed as a local hero after he saved a woman from certain death. The firefighter did so by catching her as she fell from a building in a suicide attempt.

Tomas Jaunzems was in the right place at the right time. The fireman from the State Fire And Rescue Service Of Latvia was one of the men who responded to a call reporting a possible suicide attempt. Jaunzems immediately sprang into action and headed for the multi-apartment building. The firefighters decided to wait in an apartment just below the woman’s floor and prepared for the worst.

Tomas Jaunzems has worked for the National Fire and Rescue Service of Latvia for five years and has saved numerous lives including the suicidal woman. 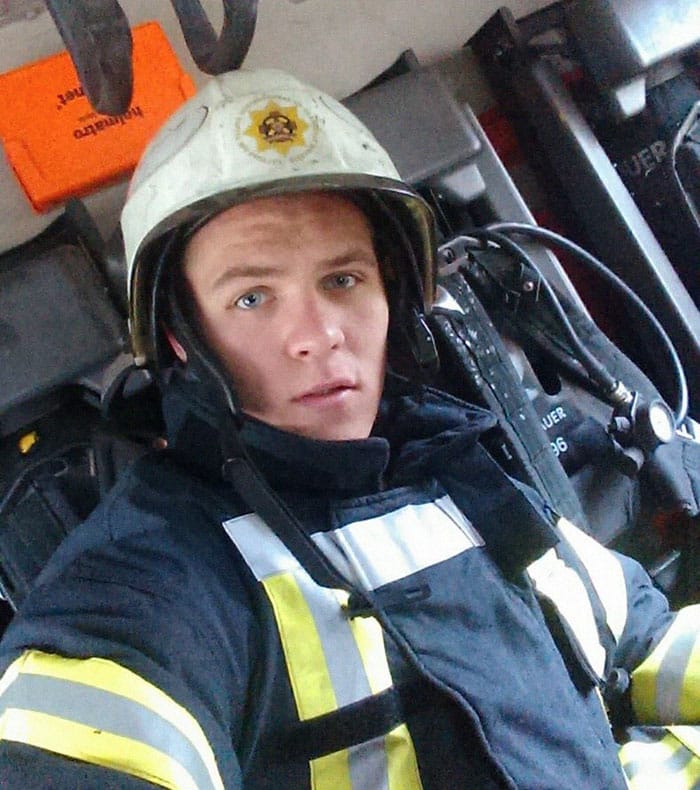 The National Fire and Rescue Service of Latvia posted the amazing video on Facebook. The video shows Jaunzems waiting by the window as his colleague braces against him to keep him stable. Things happened quickly from there. Jaunzems continues looking up at the woman then reaches out to catch her. There is a loud crash then the fireman pulls the shocked woman in through the window.

Jaunzems kept his eye on the suicidal woman just in case she decided to leap from the building. 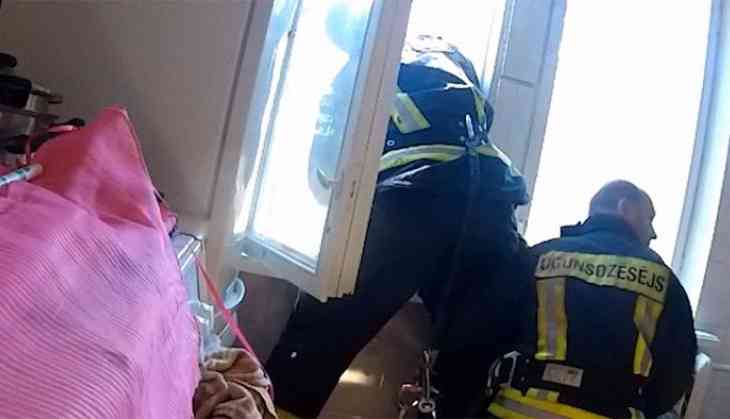 It certainly looks like Jaunzems knew what he was doing. However, the Latvian fireman revealed that this was his first attempt to catch a falling woman. He said:

“It was the first time I have done this, we haven’t been practicing this kind of people rescue works. It is nearly impossible to tell you what the most difficult thing was during that day because every day in firefighters’ lives is different [and] challenging.”

Jaunzems and his colleagues managed to carry the woman into the apartment after a stunning catch. 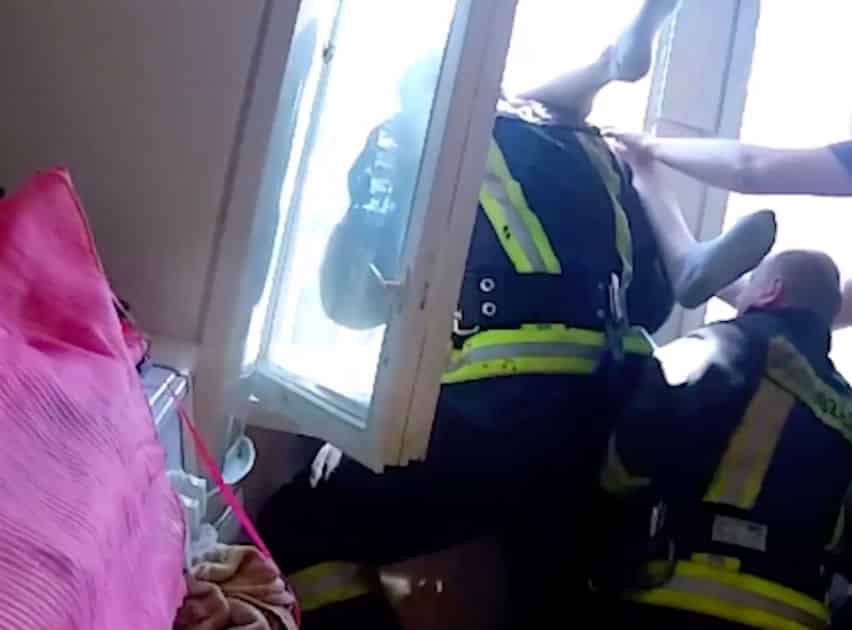 The video has since gone viral but Jaunzems still stays humble despite all the attention he’s been getting. The fireman insists that his team are only doing their job.

“We just do the thing we do the best – help people!”

The woman was immediately brought to a medical team and is expected to recover from her ordeal.

Watch the daring rescue in the video below.