When it comes to pizza, perhaps no other subject sparks greater argument than this – is it okay to put pineapples on it or not? Try tossing that question to any group of people, whether your friends or work colleagues, and a heated debate will surely follow afterwards.

So yes, you get the picture. People are usually divided about their opinions if pineapple belongs to pizza or not. Some say the pineapple’s unique taste compliments all the meat, cheese, and bread but others emphasize the fruit simply does not belong to the pie. It can be an endless discussion really!

Well as if the world wasn’t chaotic enough, someone decided to further add fuel to the fire – by introducing the banana pizza.

The ‘Pizza Afrikana’ has bananas and much, much more.

According to reports, the pizza originated from Sweden and we can all just imagine the outrage it has been causing since. A Huffington Post article mentioned that a host of strange-flavored pizzas have been coming from Sweden because the first pizza shops there were opened by the same family.

In a Reddit post, user elpintogrande tells us that aside from bananas, ‘Pizza Afrikana’ also has curry powder, mushrooms and peanuts as toppings.

“Peanuts,” you ask? “Like seriously?” The answer, my friend, is an unfortunate yes. 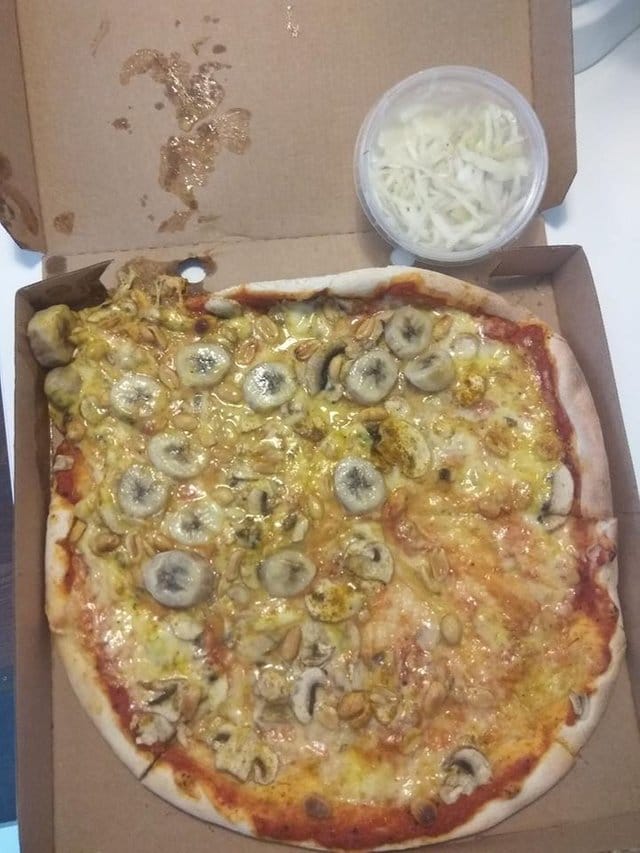 As you can imagine, netizens over at Reddit were quick to react to the unusual pizza. 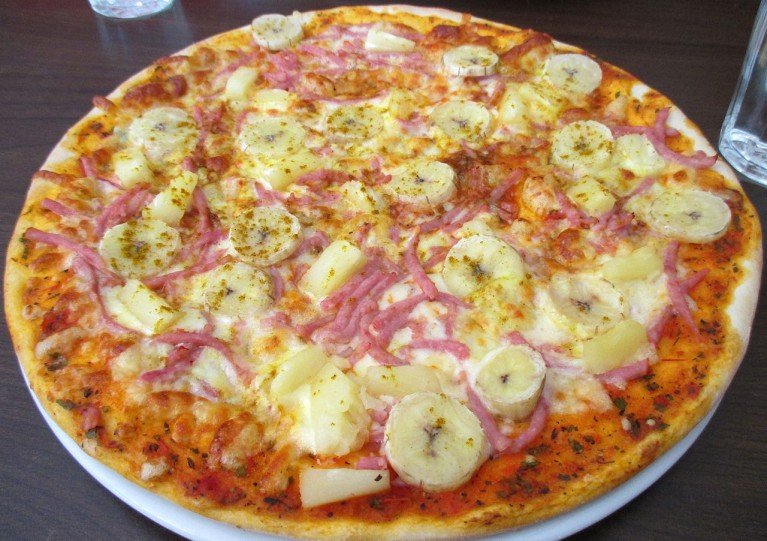 “I think I would vomit.”

“I’m personally more troubled by the thought that I wouldn’t. I see these f*cked up pizzas all the time and the only thing I can think is “I mean I could probably power through it.’”

Well what are your thoughts about Sweden’s banana pizza, folks? Love it or hate it? Let us know by leaving a comment below!