In Thailand, there’s a superstition about throwing coins into a pond that has a turtle living in it. Apparently, people believe that this would drive away bad luck and bring good fortune. Moreover, they think that the coin thrower would also be given the turtle’s long life. It was this belief that led to one unfortunate turtle swallowing 915 coins.

You see, the turtle — which is estimated to be 25 years old — had been living in a pond in the Sri Racha district in Thailand’s Chonburi province. It so happened that the local authorities had decided to develop the area where the pond was located.

The turtle was named "Om Sin," which means "Piggy Bank" in Thai. 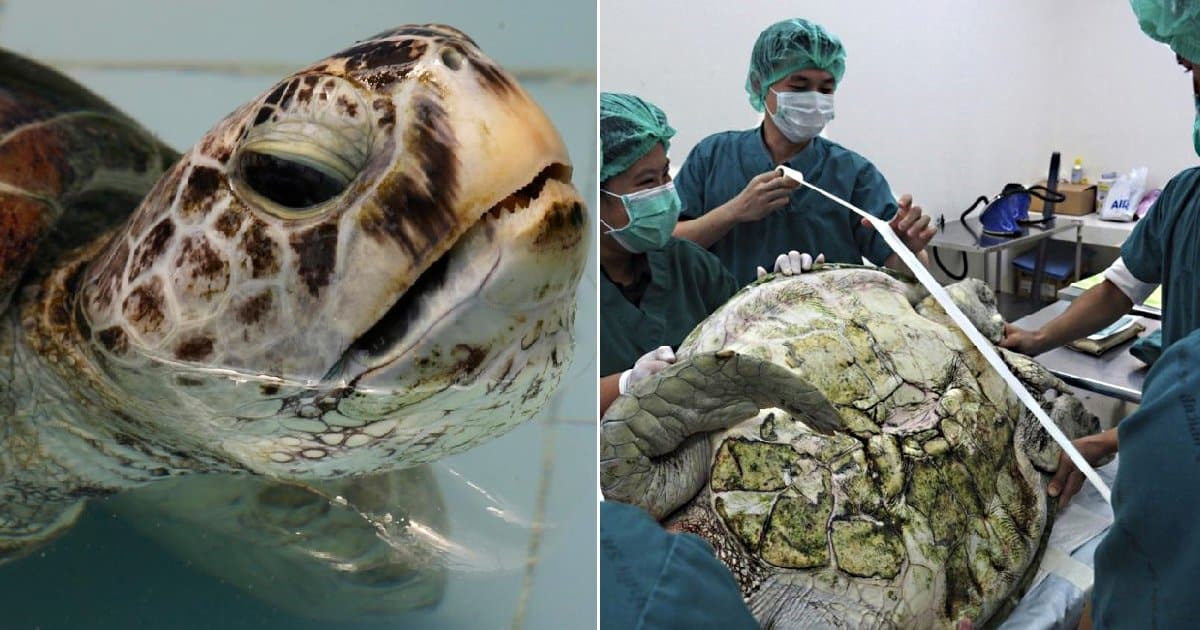 That said, the people wanted to make sure that the turtles living in the pond would not be disturbed during the landscaping and construction work in the area. As such, they carefully gathered the 26 turtles in the area.

At first, vets couldn't believe what they saw in these CT scan images. 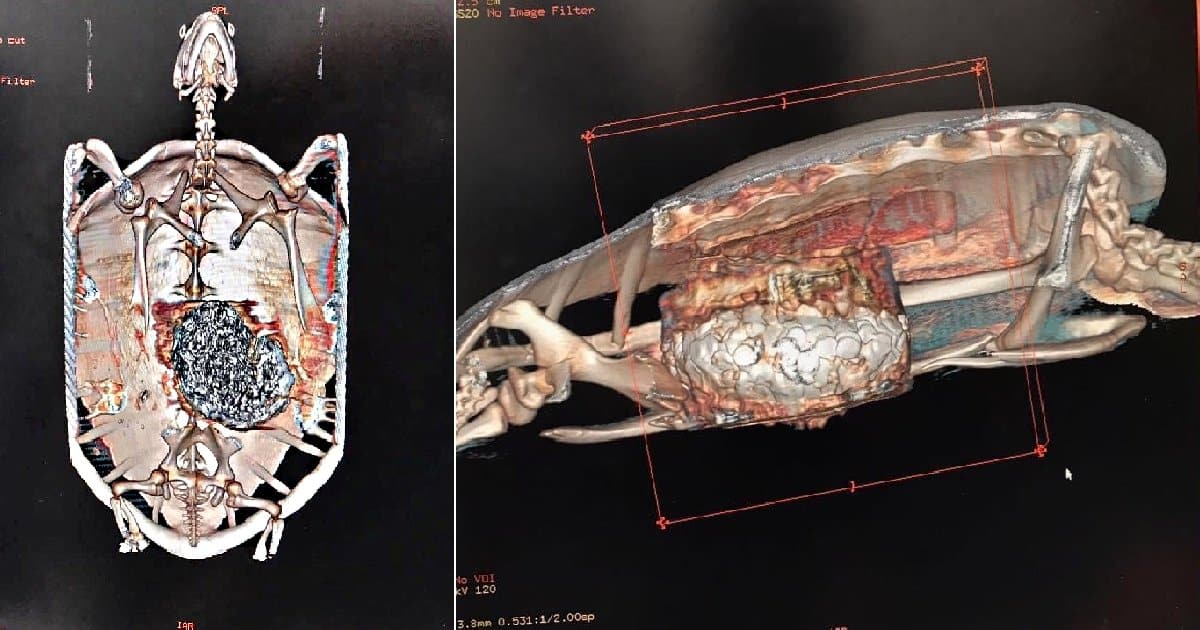 The turtles were taken to the Sea Turtle Conservation Center of the Royal Thai Navy in Chonburi’s Sattahip district. However, animal handlers noticed that one turtle appeared to be sick.

Vets initially thought the turtle had a tumor. (They were so wrong!) 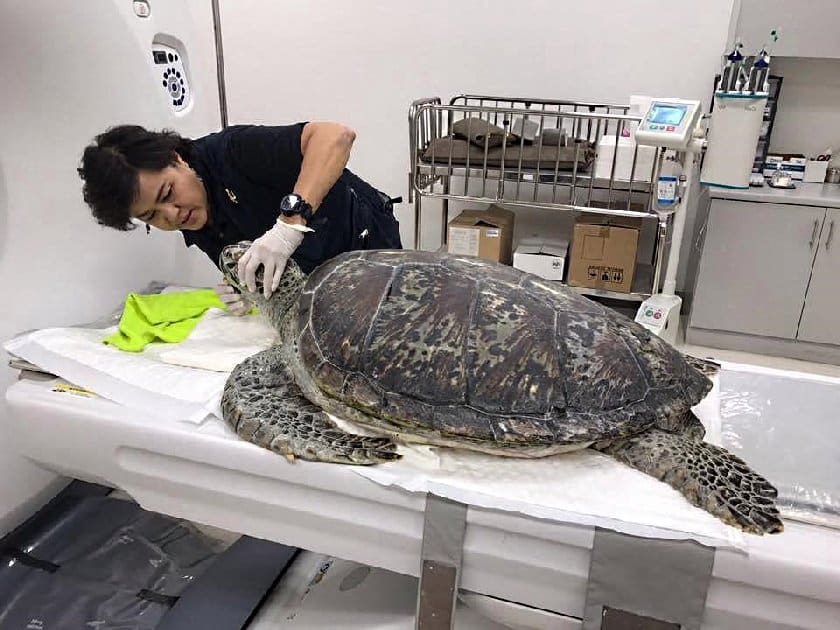 Indeed, upon closer inspection, it was noted that the turtle had an enlarged stomach. As a result, its ventral or underside shell had cracked and caused an infection. 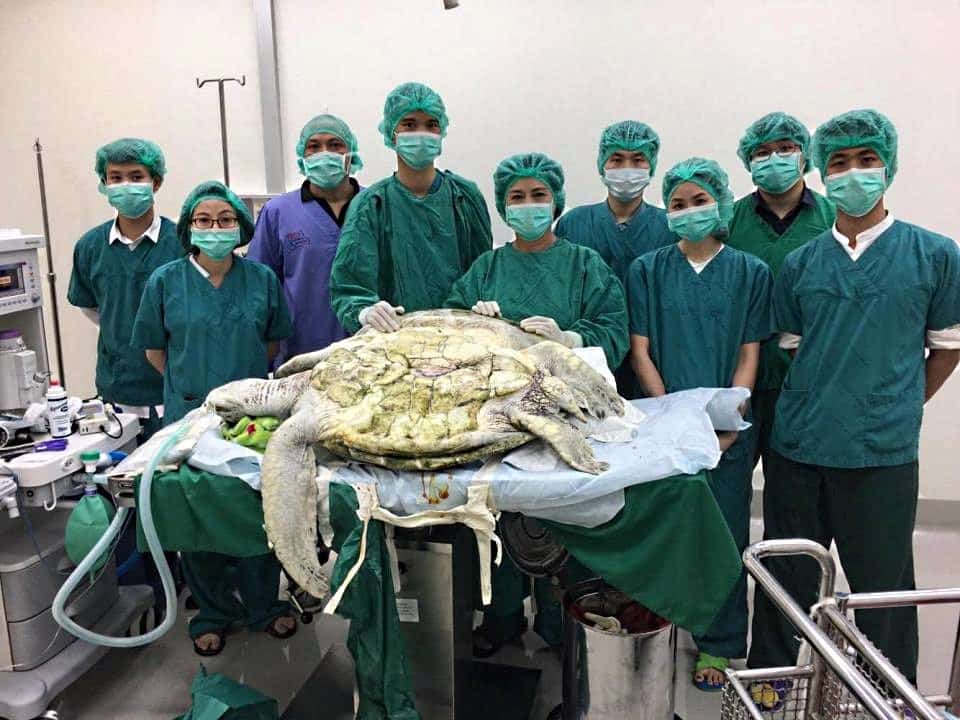 Naturally, veterinarians were quite shocked when they did a CT scan on the turtle. They saw that its stomach was full of coins, which weighed roughly 11 pounds. If they weren’t removed, they would cause the turtle’s digestive system to shut down completely.

The operation took longer than expected. 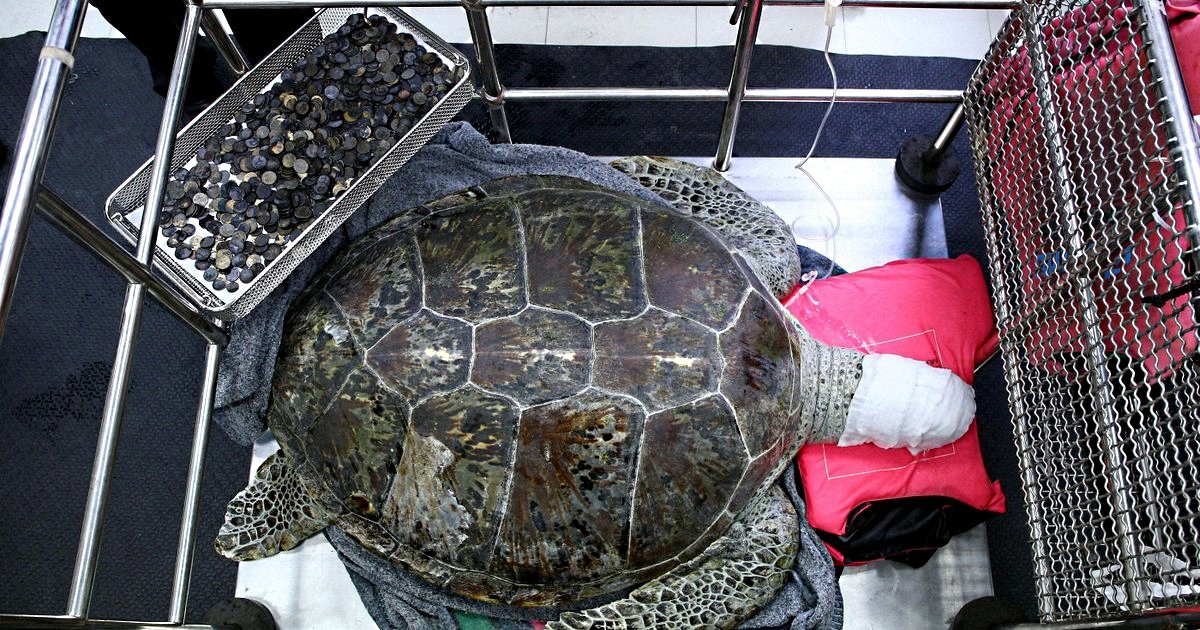 In his article for Forbes magazine, Erick Mack noted:

“Five veterinary surgeons from Chulalongkorn University in Bangkok spent over seven hours cutting a hole in the anesthetized turtle’s shell and then its stomach to remove the 915 coins it had swallowed over the years.”

The turtle swallowed a mix of Thai and foreign currency. 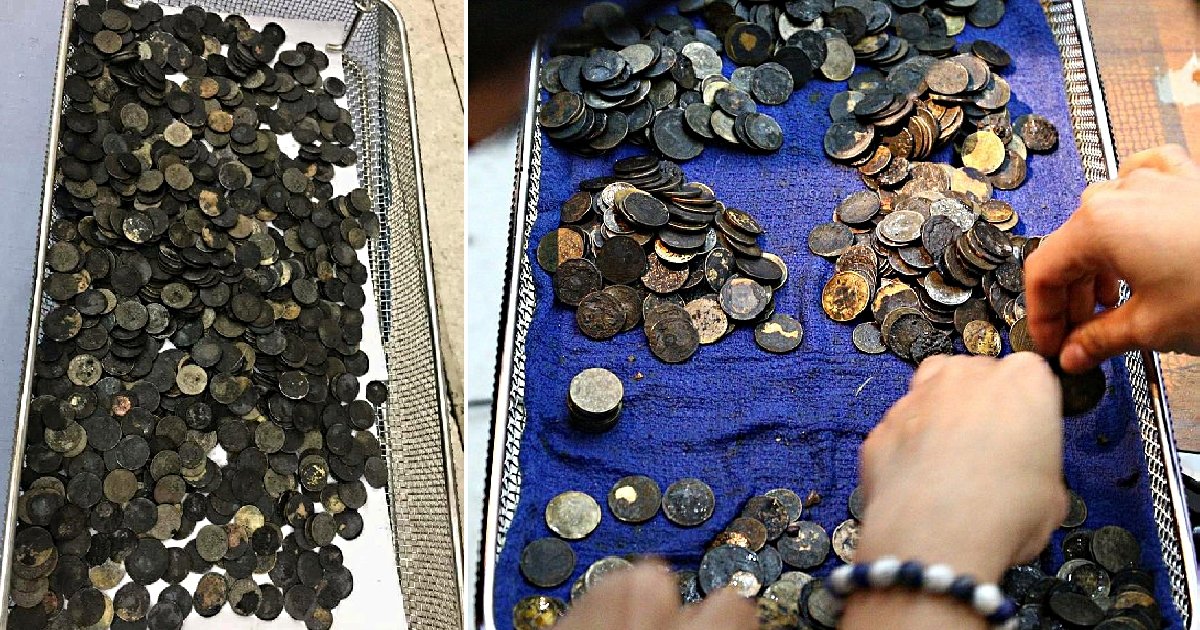 Source: [email protected] (via The Sun) and Reuters (via Mail Online)

Fortunately, the surgery was a success. The turtle is expected fully recover in about two months.

The coins swallowed by the turtle added up to $973.

All things considered, veterinarians and animal rights advocates hope that the turtle’s ordeal would remind people to be more careful about what they do out of superstition. Unfortunately, a ritual to bring good luck threatened the turtle’s life. 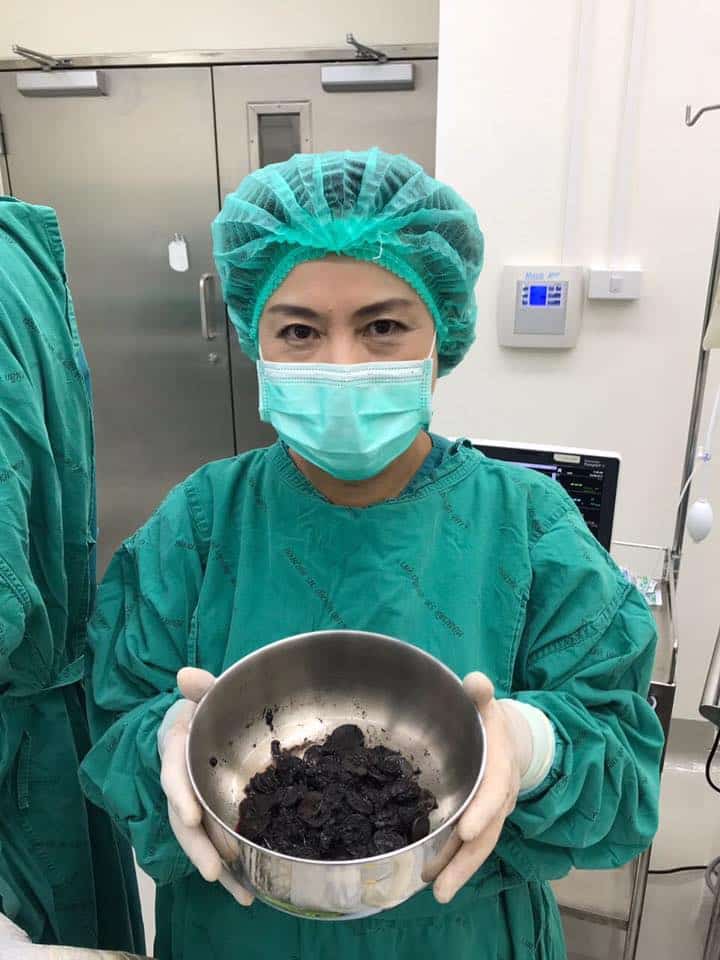 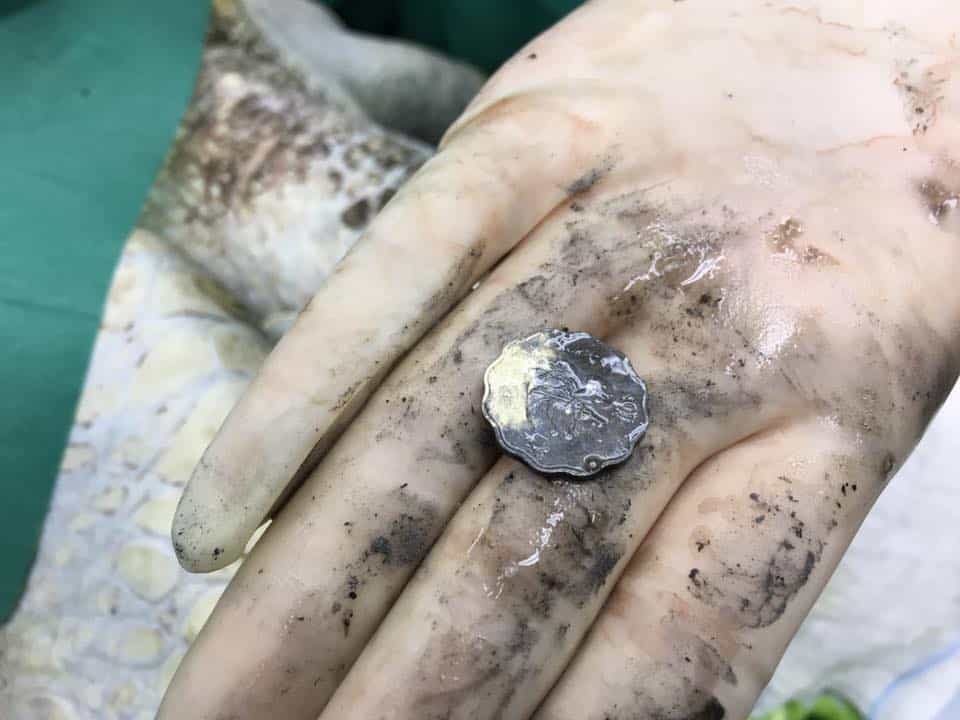 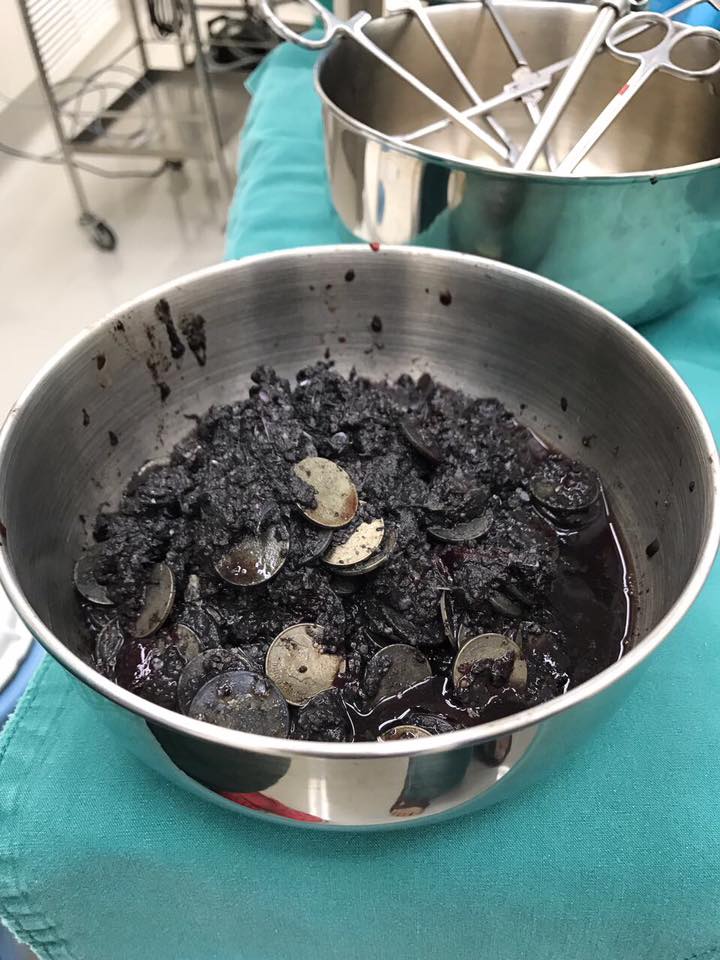 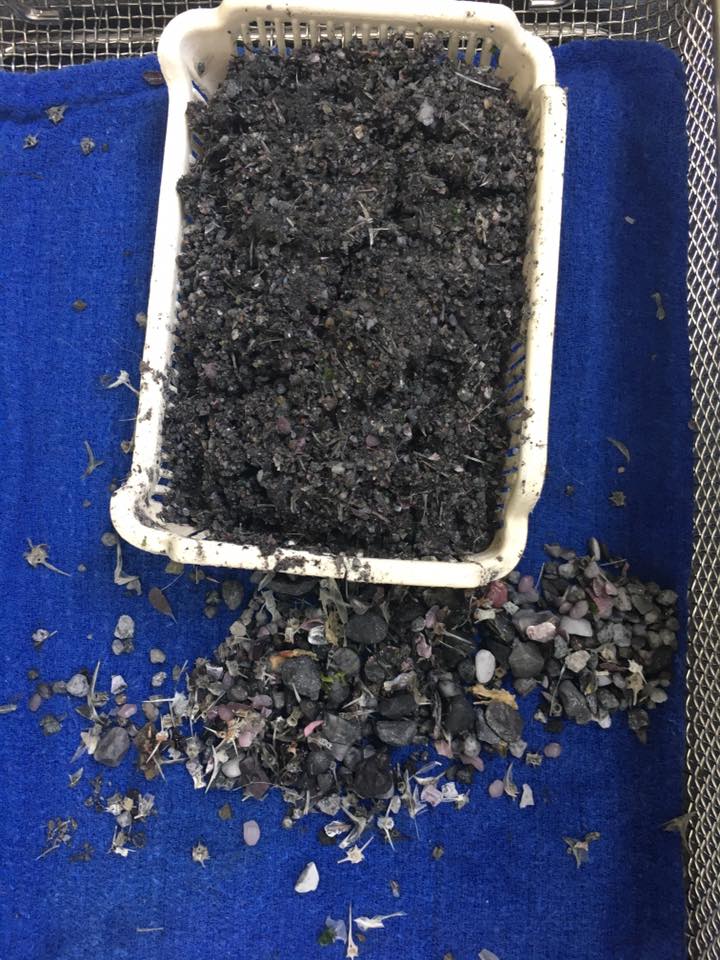 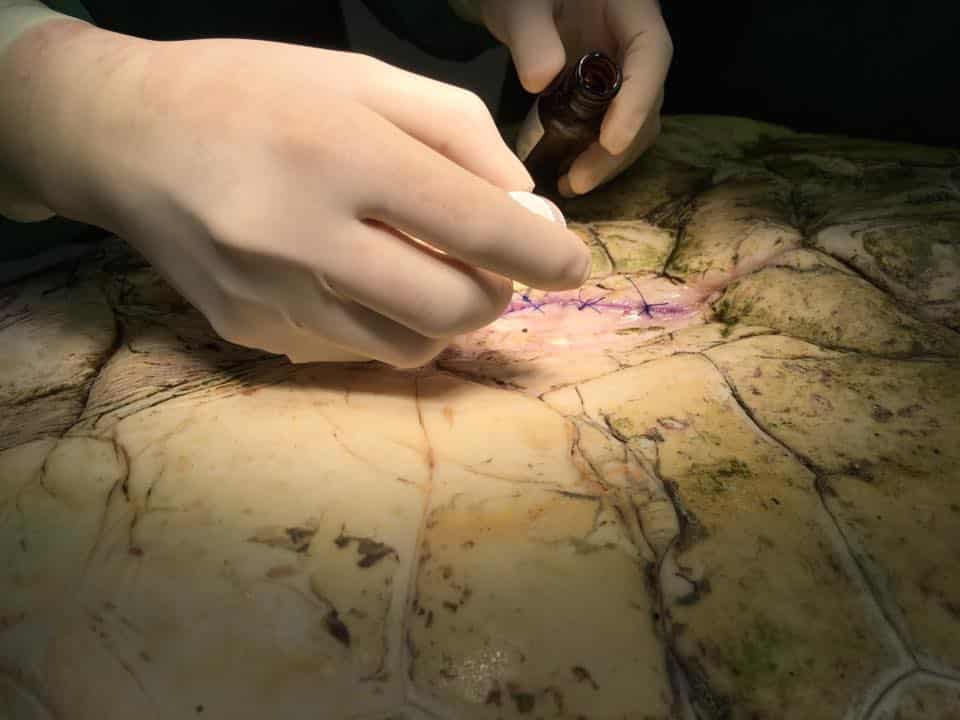 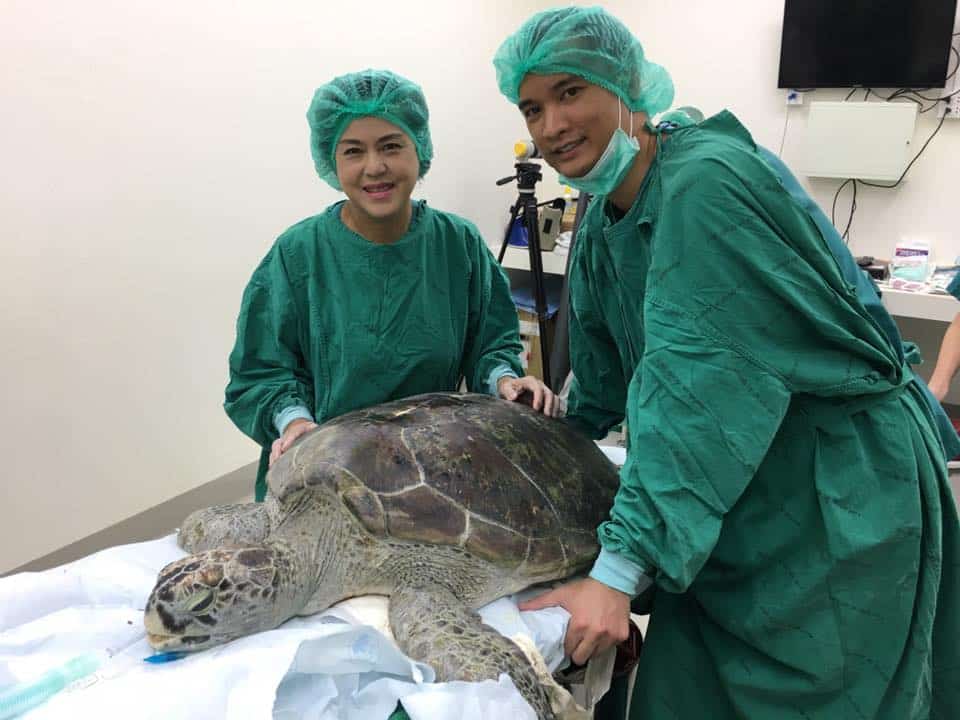 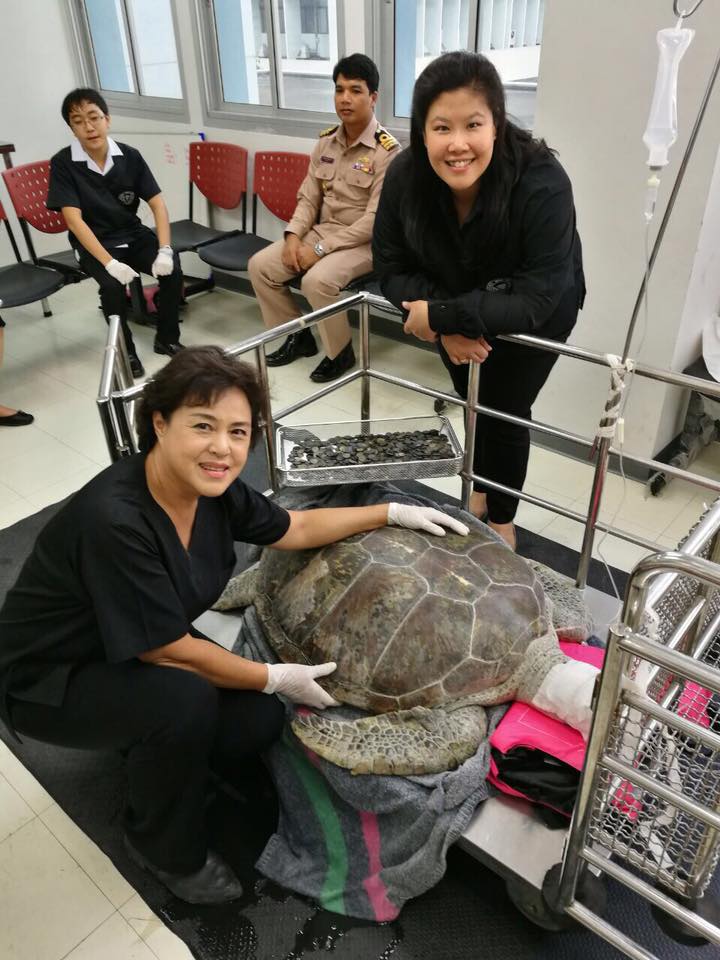 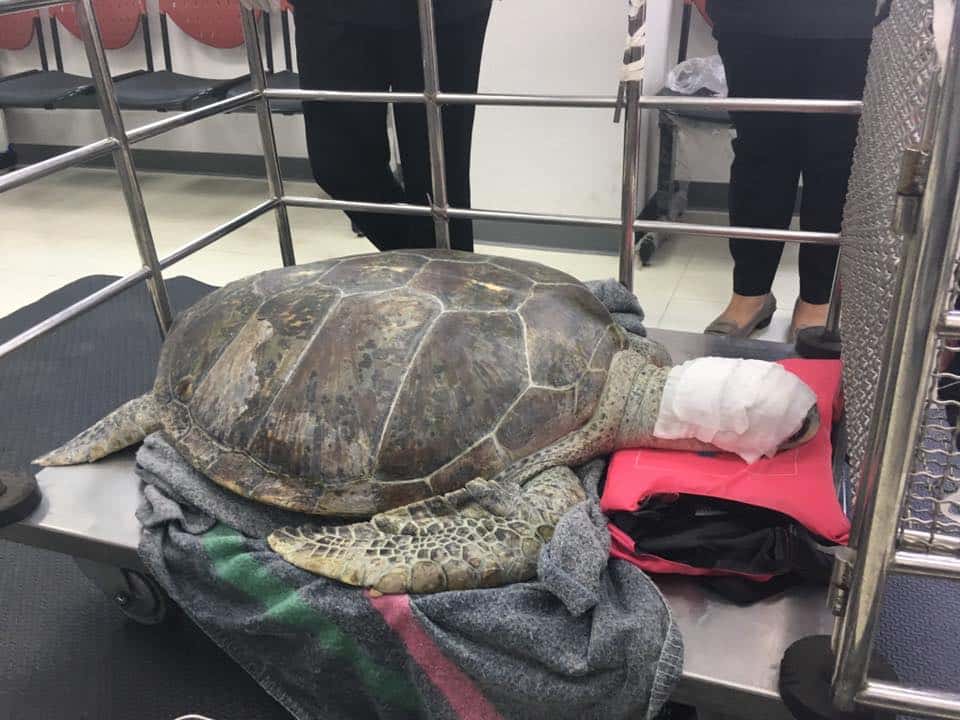