Philippe Echaroux is a French photographer and street artist who is known for his unique portraits. While most artists use bomb sprays to create their street arts, the 34-year-old takes his masterpieces to a whole new level. He calls his work, “Street Art 2.0.”

When someone says “street art,” people would automatically imagine some sketches on the wall or the ground. However, Philippe wasn’t kidding when he said that his creations are the “2.0” versions of street art. So instead of painting the wall and ground, he projects his portraits at a large scale.

Check out his amazing light projection portraits in Central Park. 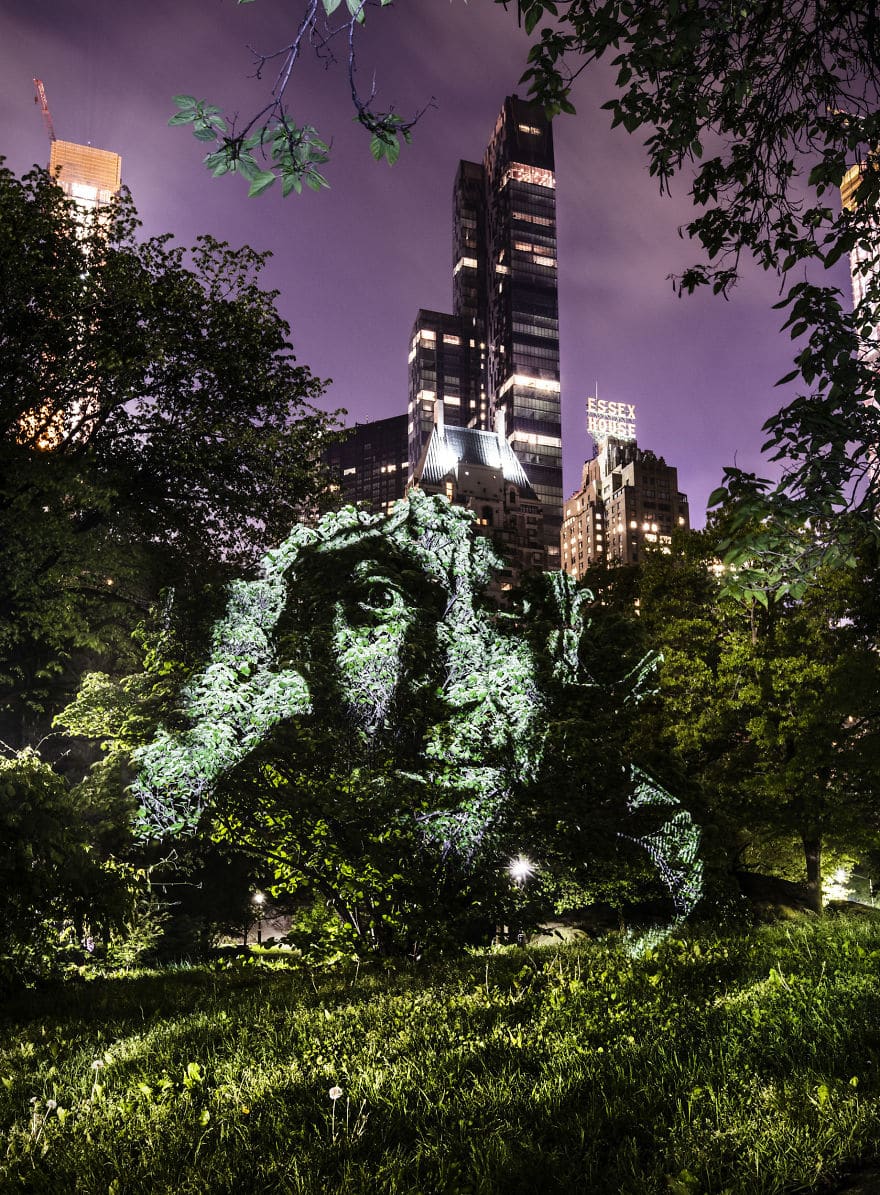 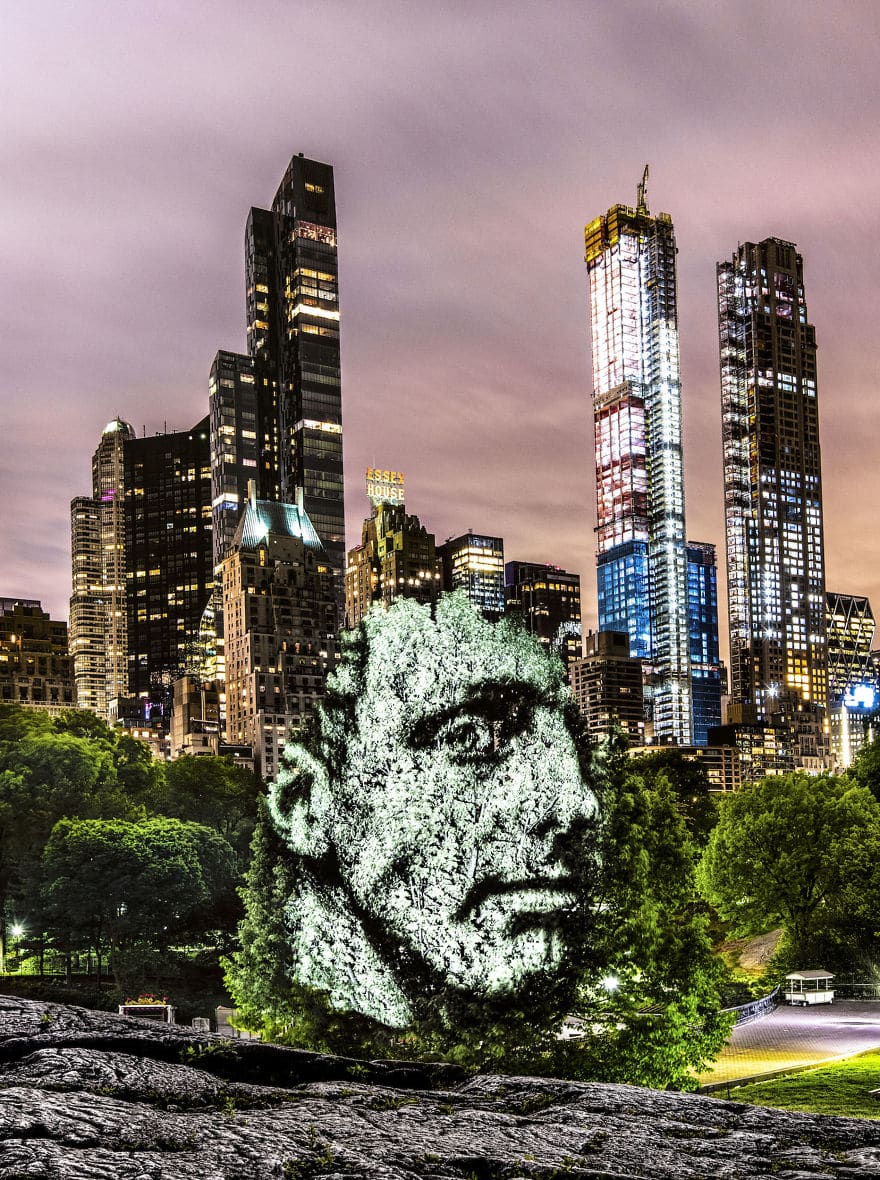 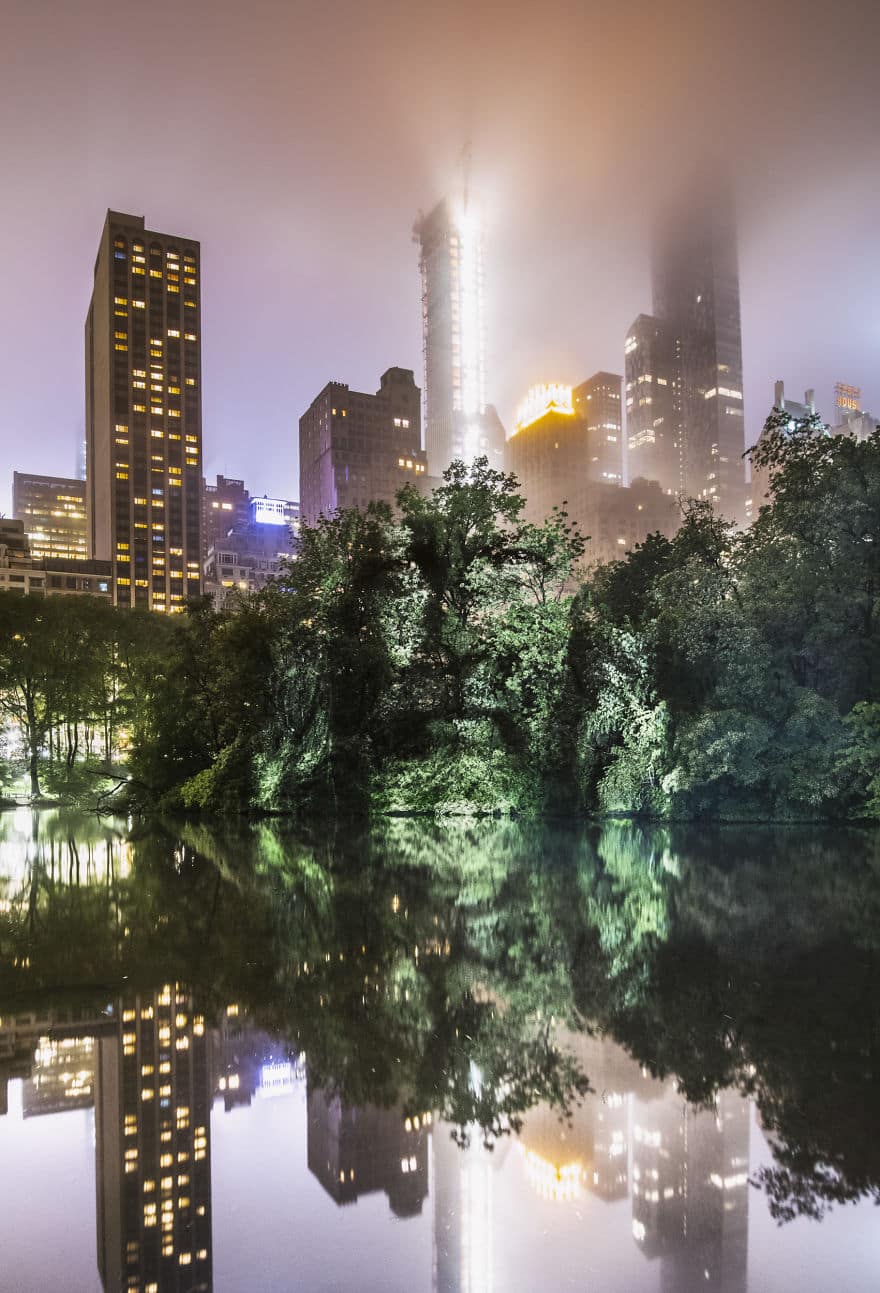 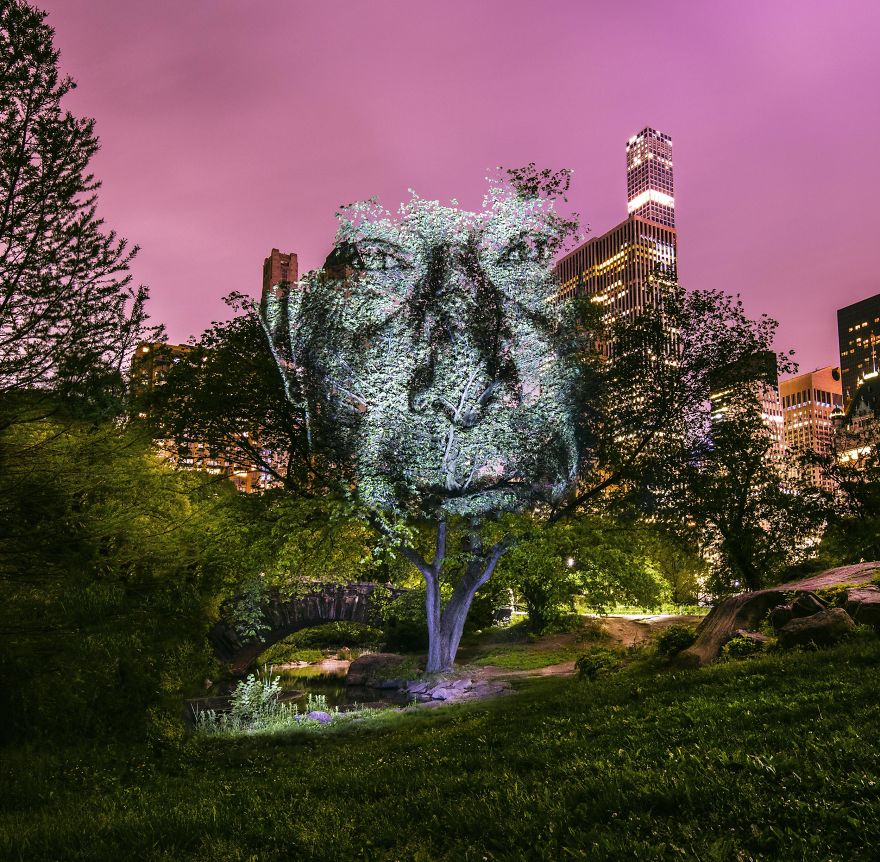 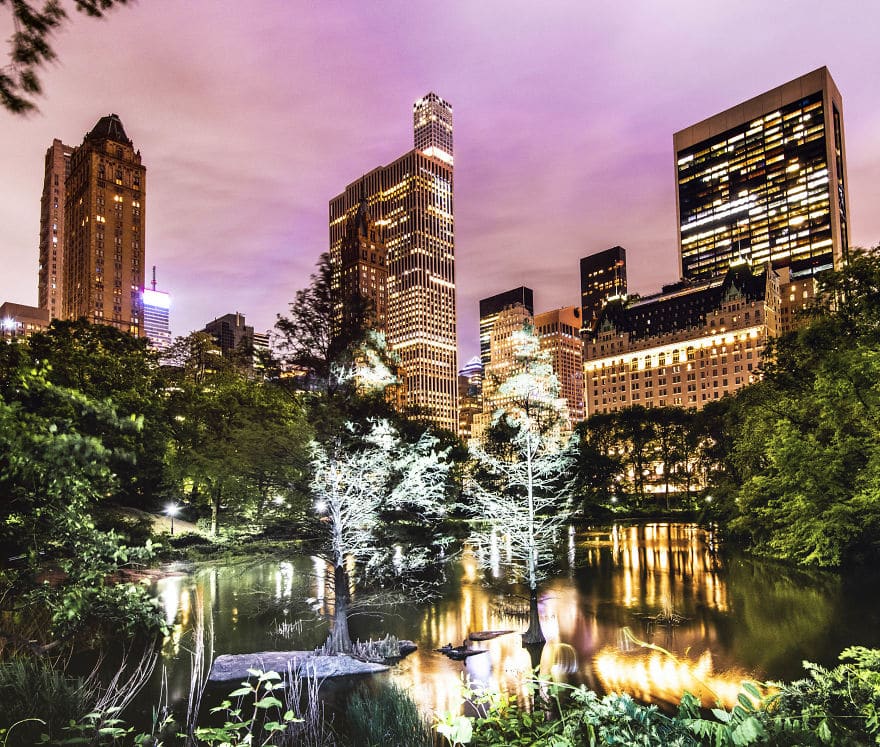 Using trees as his canvass, Philippe created incredible portraits in Central Park using light projections. The street artist explained that he chose the urban park in Manhattan, New York City, as his location for two reasons. First, it’s a total opposite of the Amazonian Rainforest, where he did the world’s first art form of this kind deep down the rainforest with the Surui Tribe. And second, he wanted to bring something new to NYC.

“When you think about New York, you think of an iconic place where everything has already been done and seen. As an artist, my role is to try to create something new. Try to be innovative where we think it’s impossible. Here, it was a huge personal challenge.”

The talented artist chose human faces for his light projection exhibition. He previously shared that he wanted to illustrate that when we cut down a tree, it’s like taking down a man. Philippe added that he found it interesting that unlike in the Amazonian Rainforest where nature surrounded the people, people surrounded nature in Central Park. With that in mind, he believed that Manhattan’s favorite hotspot was the perfect venue for his latest project. 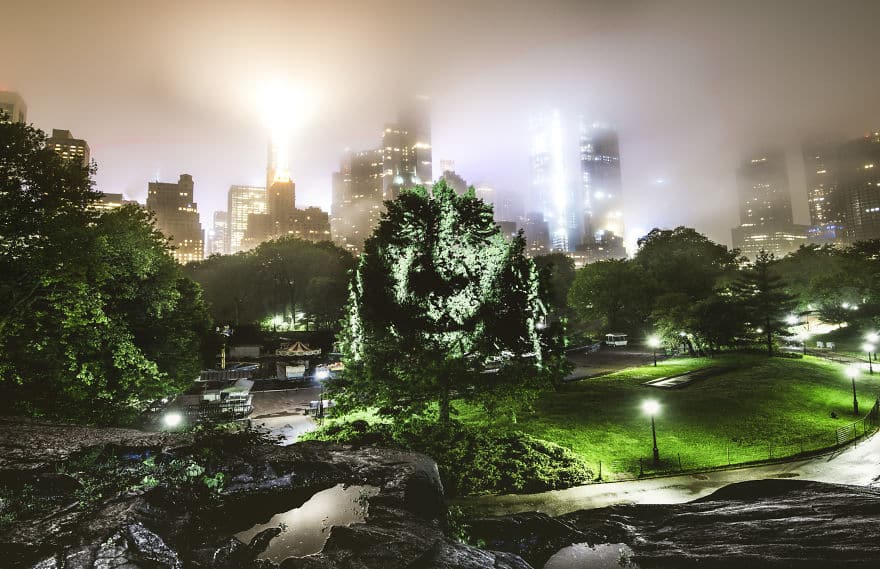 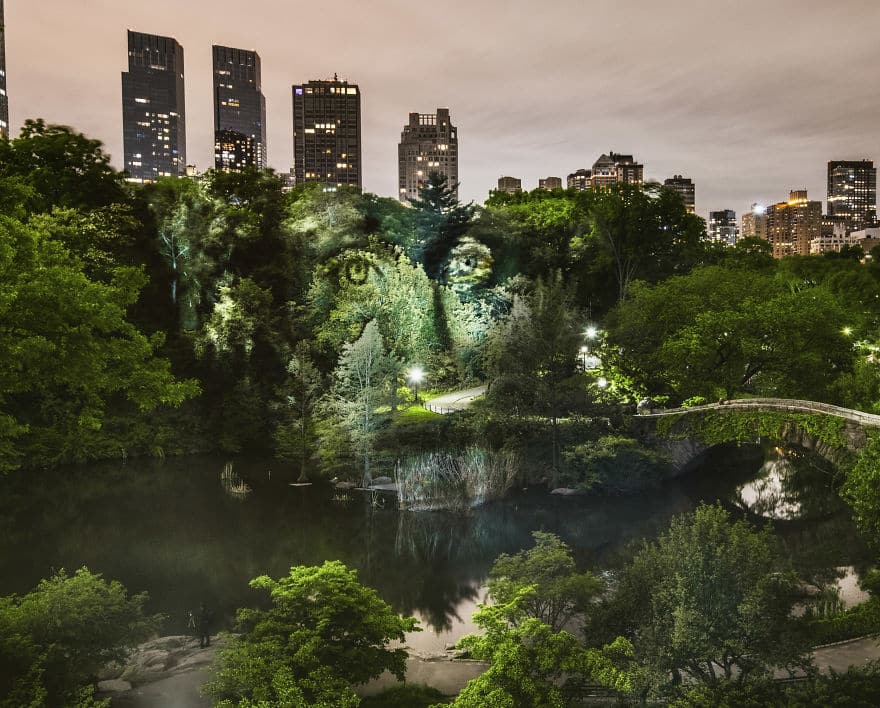 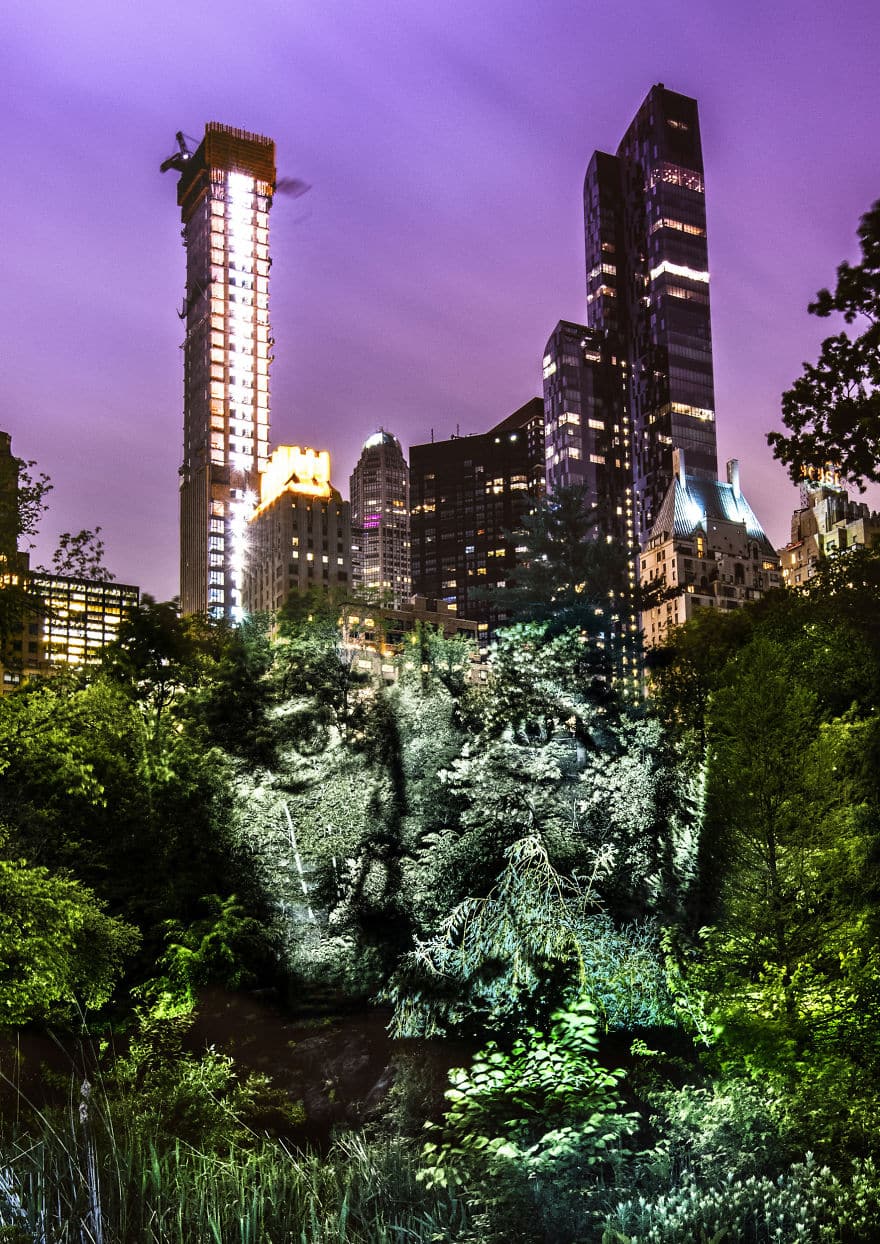 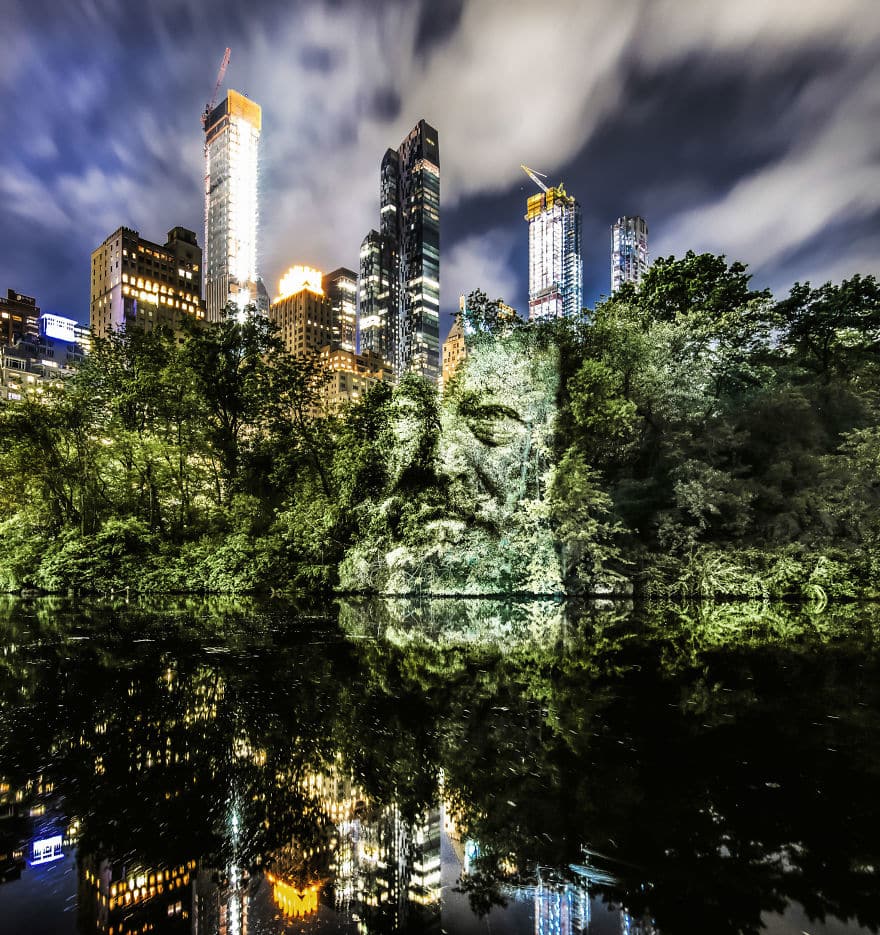 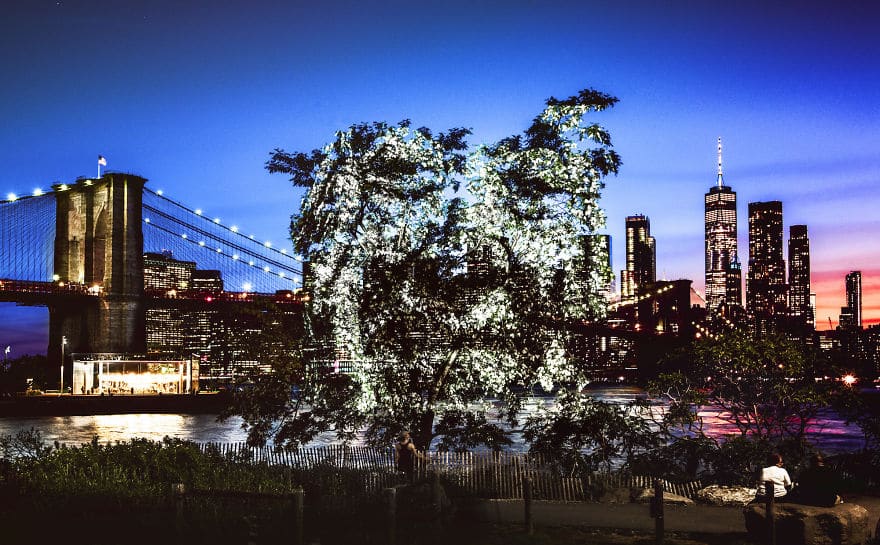 Do you prefer Philippe Echaroux’ street art projects than the typical graffiti? Let us know in the comments section below!