Artists express their creativity differently. Some enjoy creating intricate and delicate designs, while some paint creepy, huge, gigantic, and realistic bugs on the walls.

Just like Portuguese street artist Odeith, for example. He may be mostly known for his trompe l’oeil lettering, but he recently added realistic and larger-than-life creatures to his art collection.

Odeith chose to release a lot of monstrous bugs like wasps, flies, and bugs in a portion of the relinquished structures in his city. 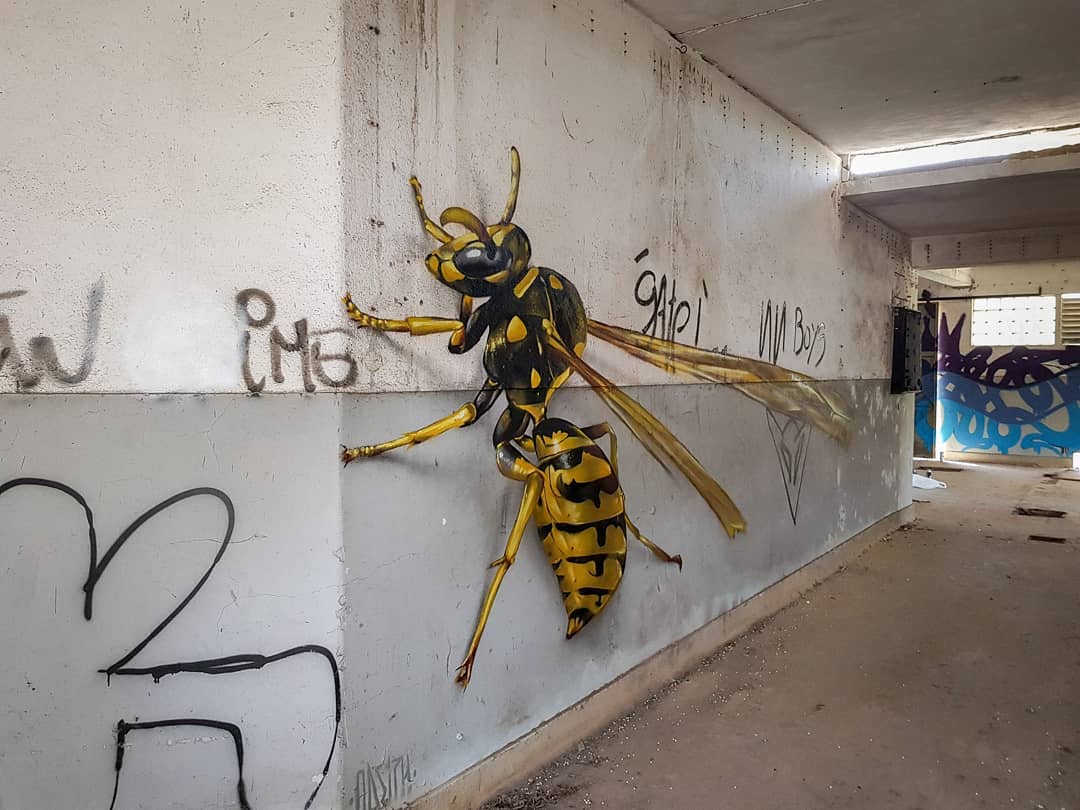 Many of the wall-based works are placed in corners and require careful planning to achieve an anamorphic effect. Odeith’s creations are so incredibly realistic that you’d think they’re photoshopped when he stands beside them.

This praying mantis is even taller than him! 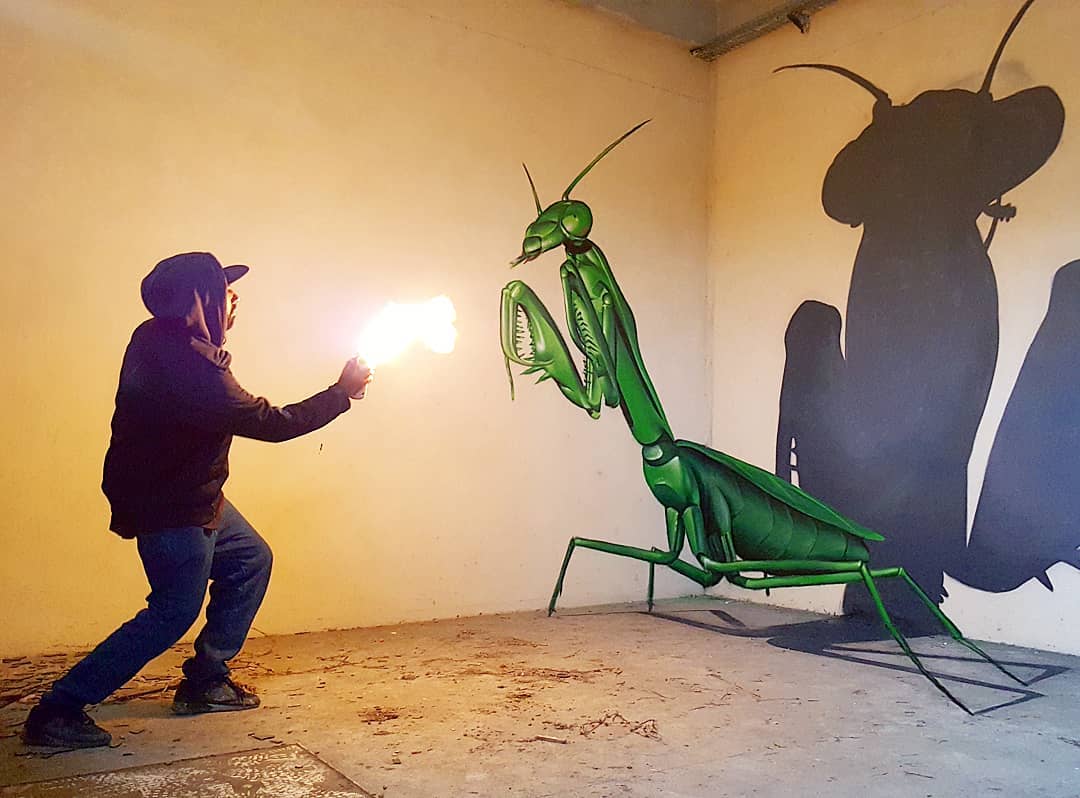 Everybody’s already afraid of scorpions. We don’t need a giant one. 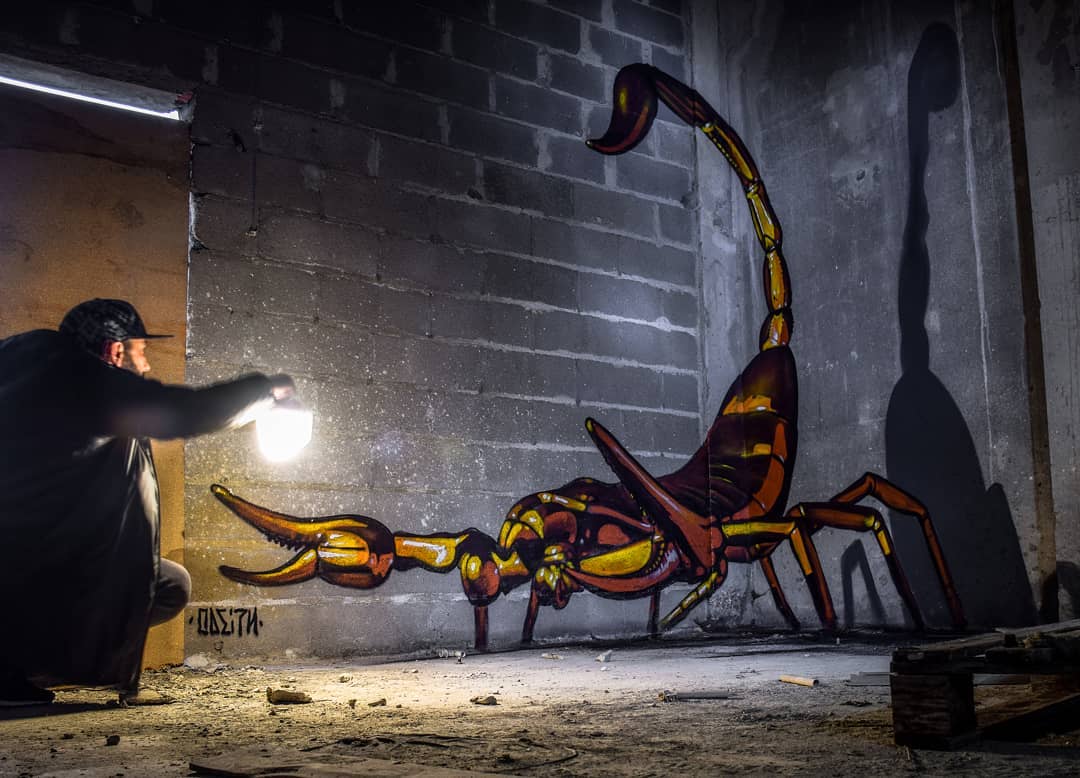 These are painted so incredibly well that they look straight out from someone’s nightmare!He also shares some of the before and after snaps.

Who would’ve thought that this giant beetle started out as an awkward, huge bump? 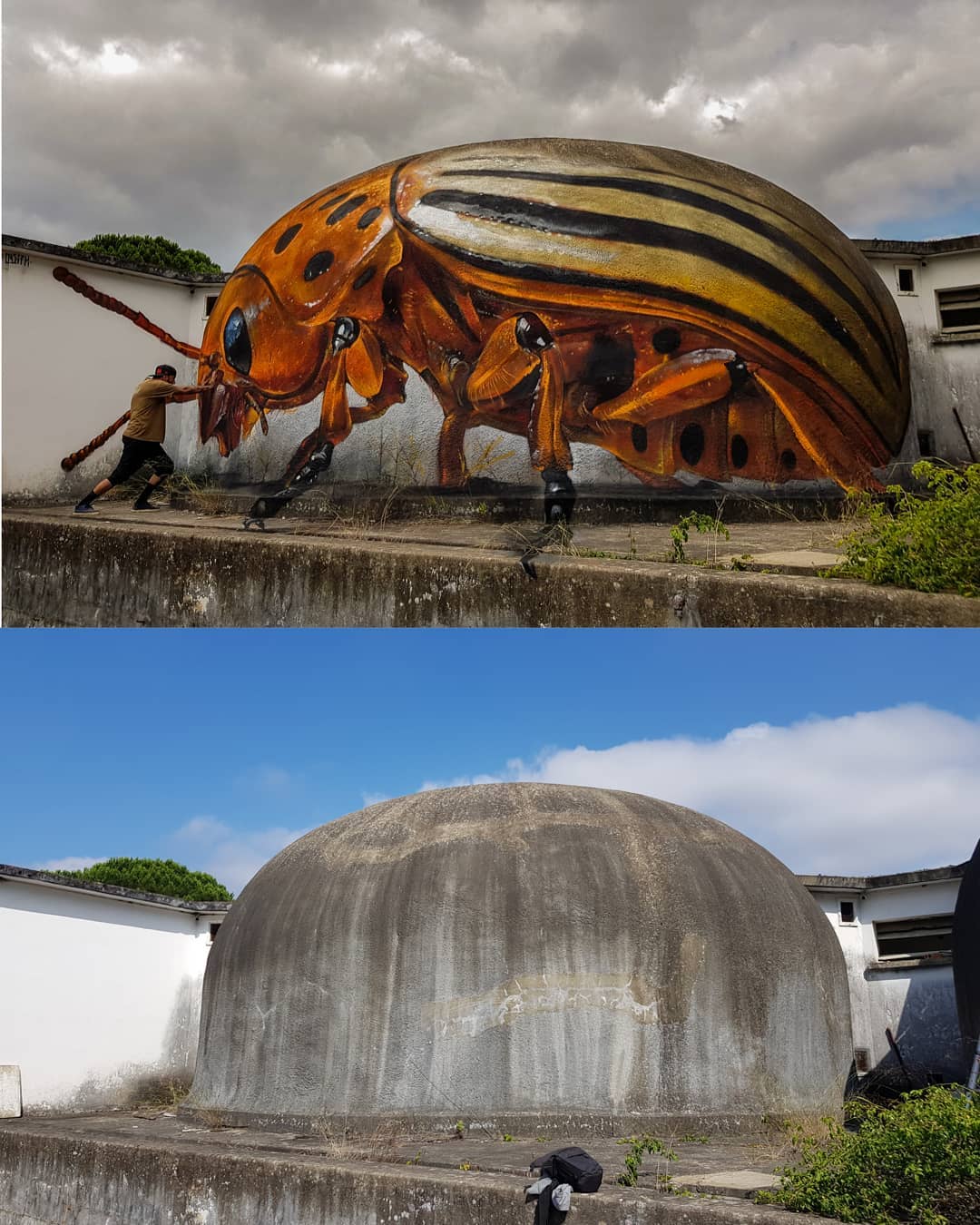 Odeith shares some amazing clips of the whole process on his social media account, which are very impressive to watch. 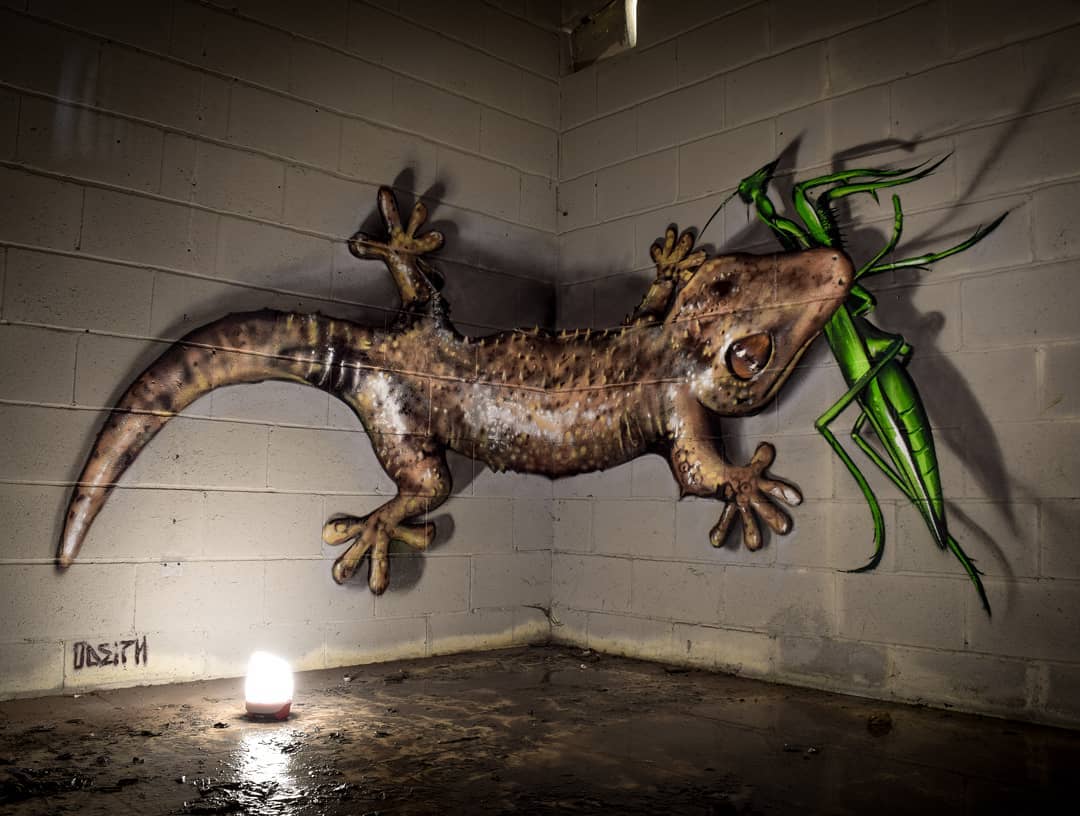 In these clips, you can clearly see that he invested a lot of time in creating these masterpieces.

This is going to give a lot of people nightmares. 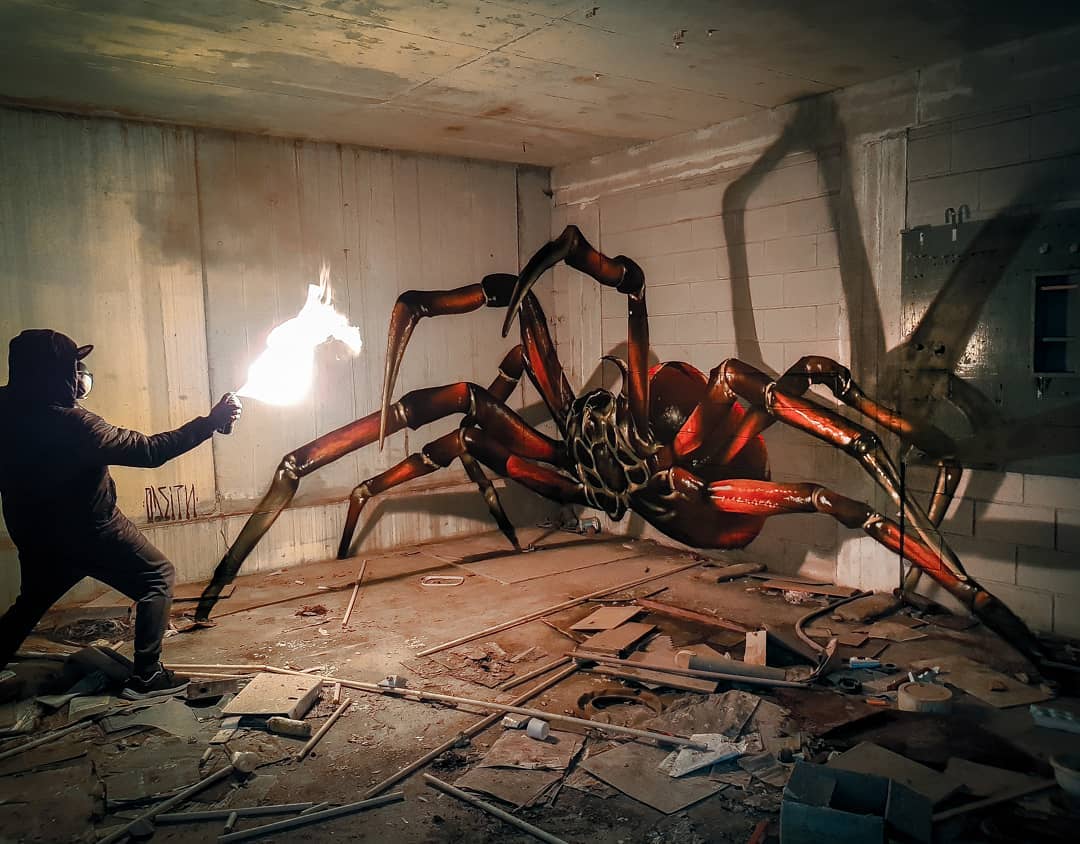 His creations are not only limited to bugs. 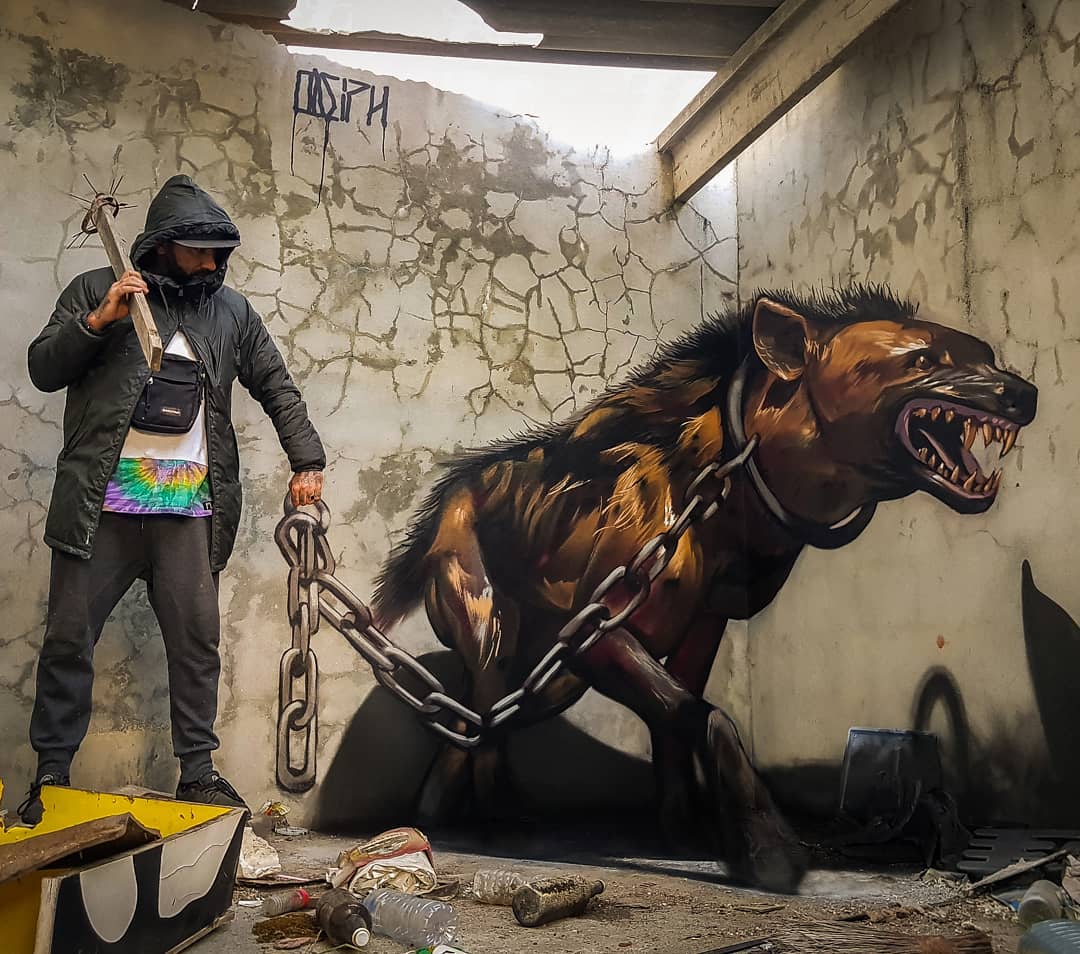 This is definitely not from a Disney movie. 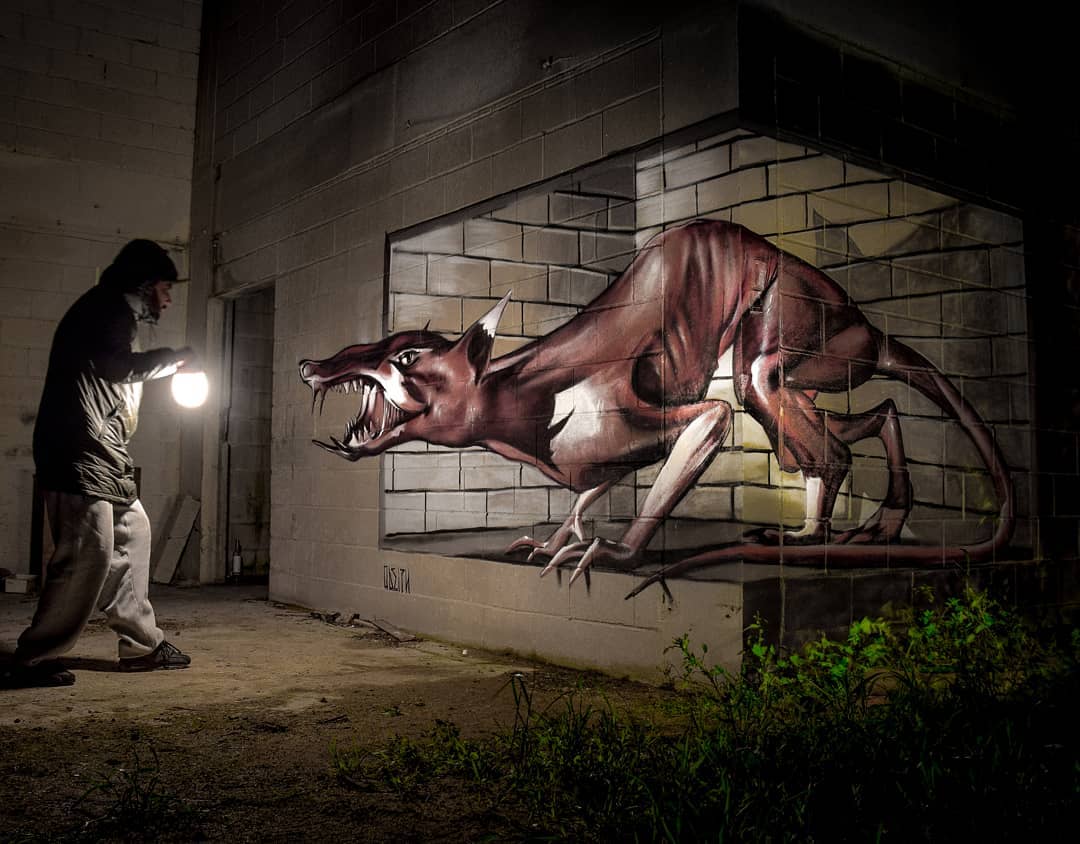 His name looks like it’s floating in mid air! 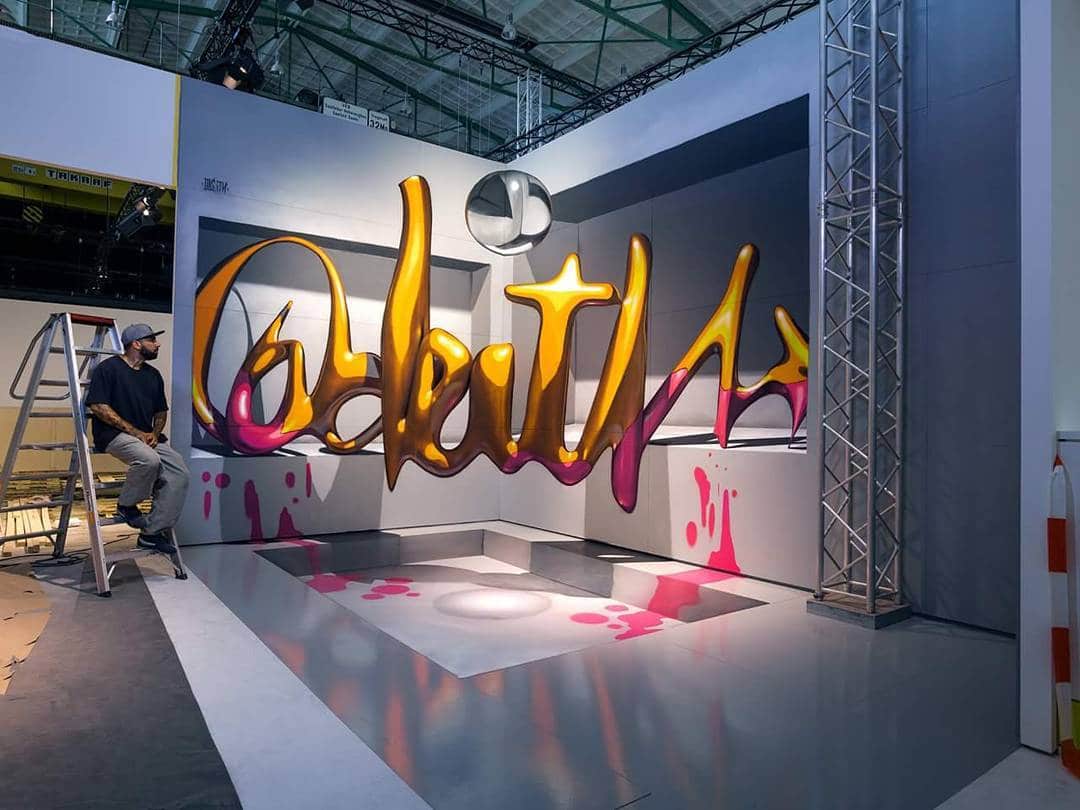 What is this sorcery? 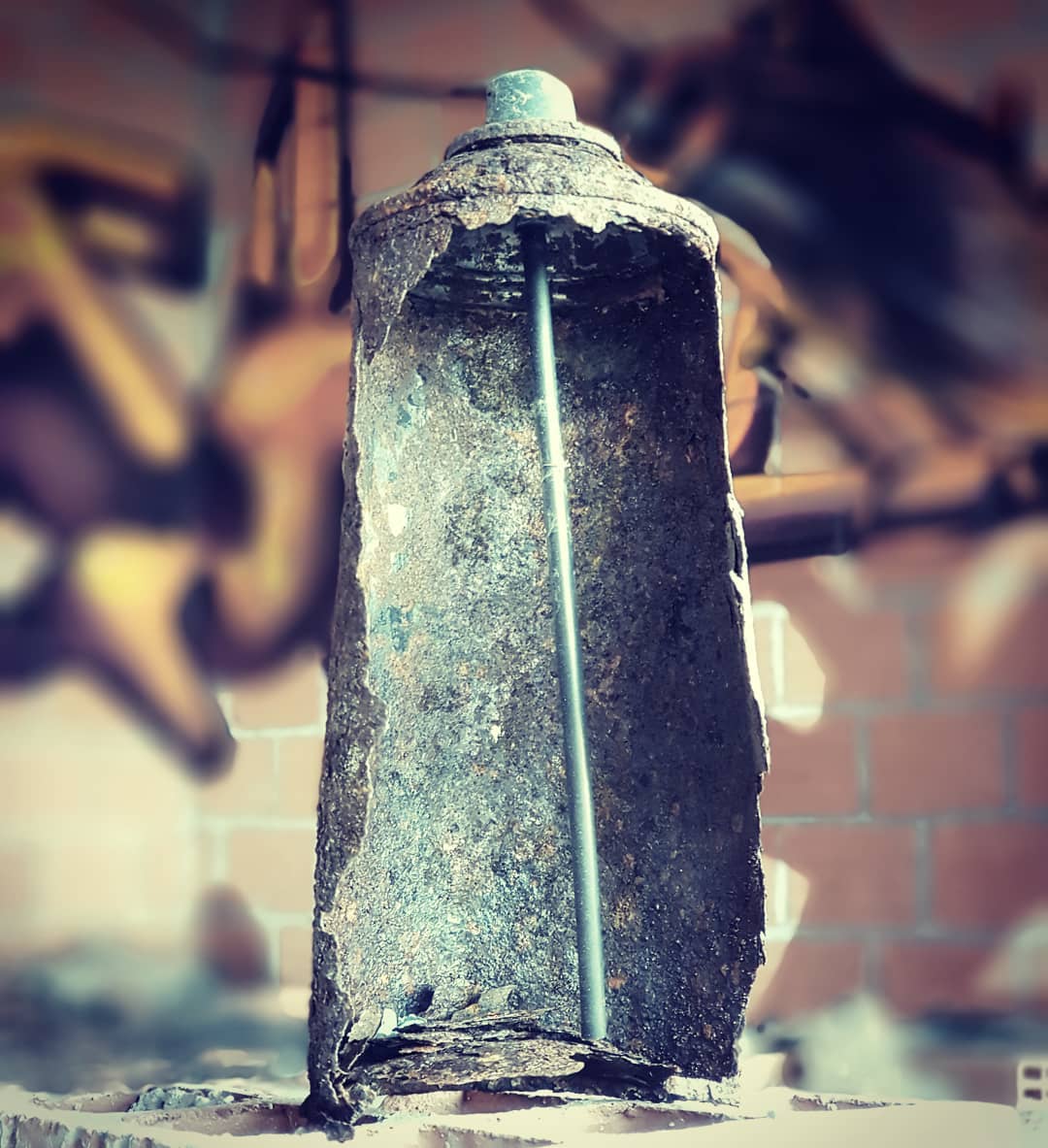