Stray cats are usually misunderstood. These felines survive on the streets and sometimes shy away from people. However, that doesn’t mean they don’t know how to have fun. A Japanese photographer has captured some truly adorable and hilarious photos of kitties turning a sidewalk into their own private playground.

Nyankichi Rojiupa is a Japanese photographer who specializes in taking photos of cats. He usually finds the felines on the streets but has grown attached to a special group who clearly like to have fun. The photographer found that the stray cats would use the drain pipe holes to hide or pop out into the sidewalk. Needless to say, the photos are cute and funny at the same time.

Rojiupa with one of the stray cats. 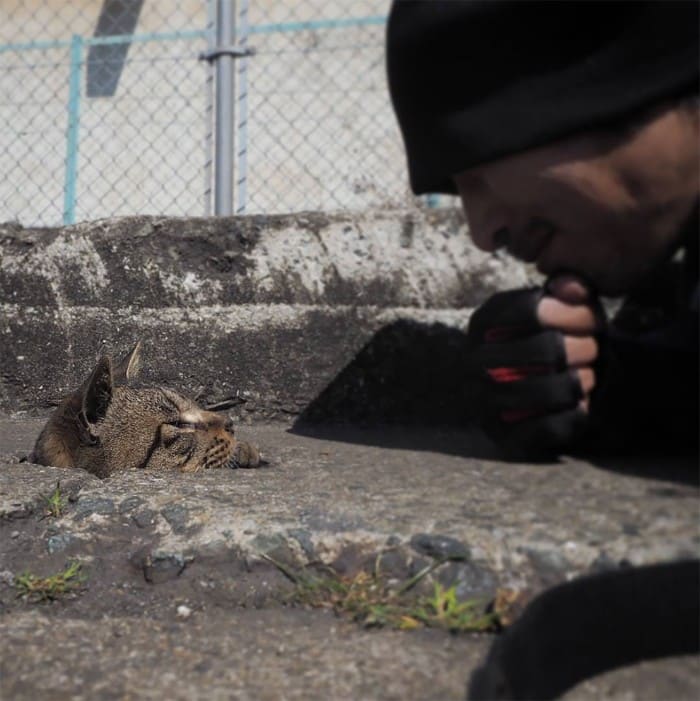 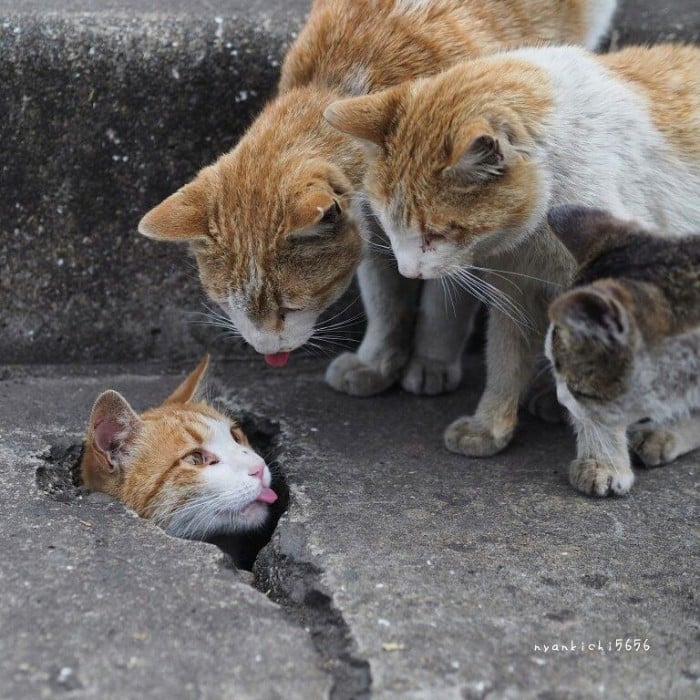 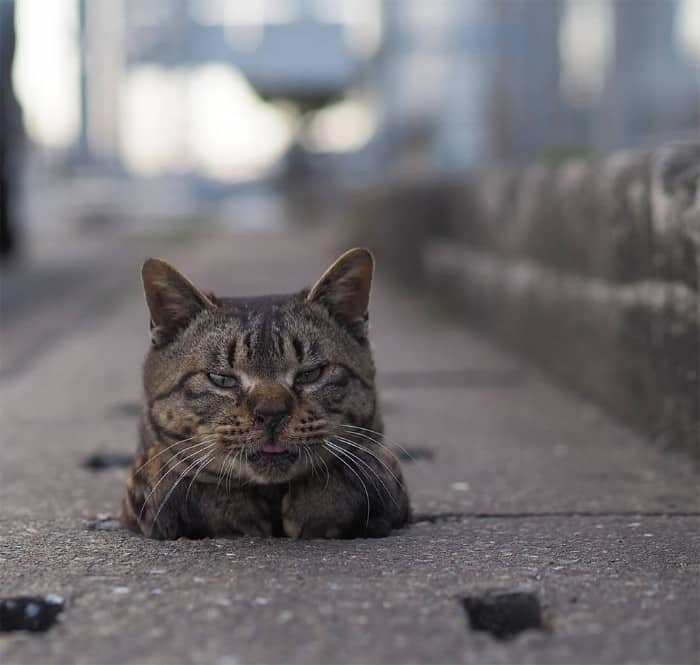 According to Nyankichi Rojiupa, he found the cats by chance and decided to stay with them as often as he can.

“I casually stumbled upon these strays and now spend all of my weekends with them,” Rojiupa said. “I’ve managed to earn their trust to the point where they allow me to play together.”

The kitties have now accepted the photographer into their group. He admits that they allow him to pet them and sometimes even play with him.

The cats hanging out on the photographer for a fun shot. 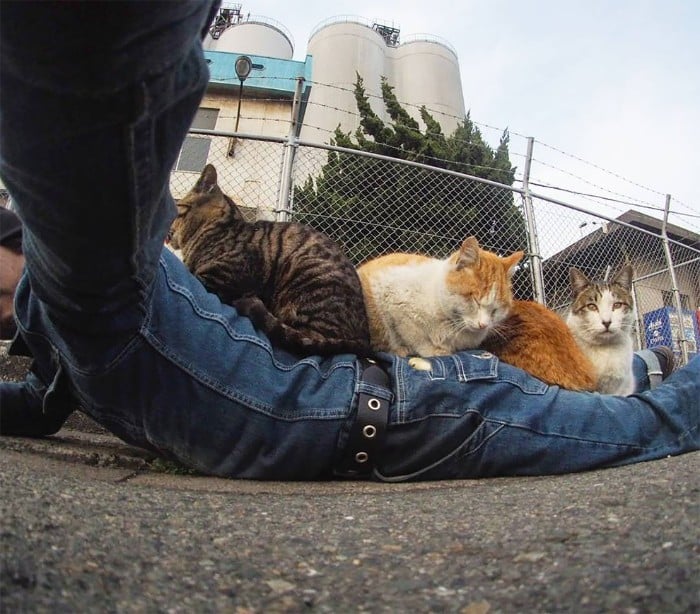 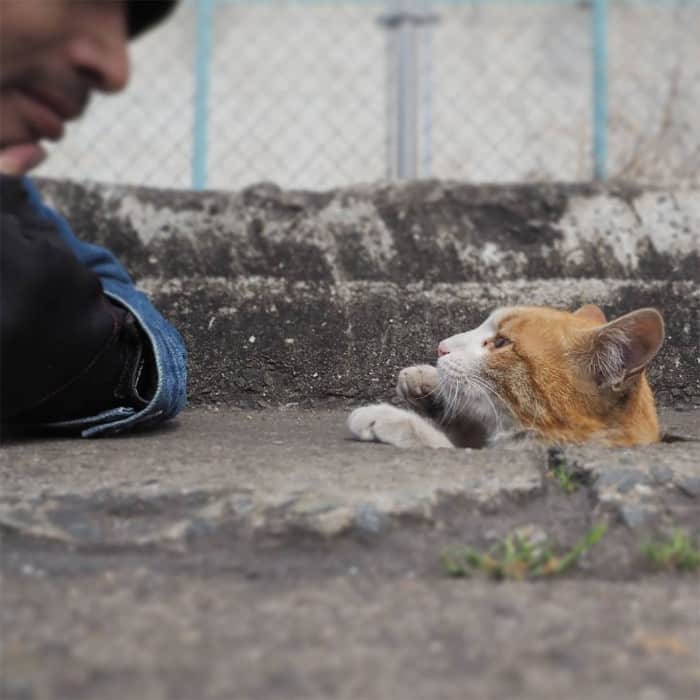 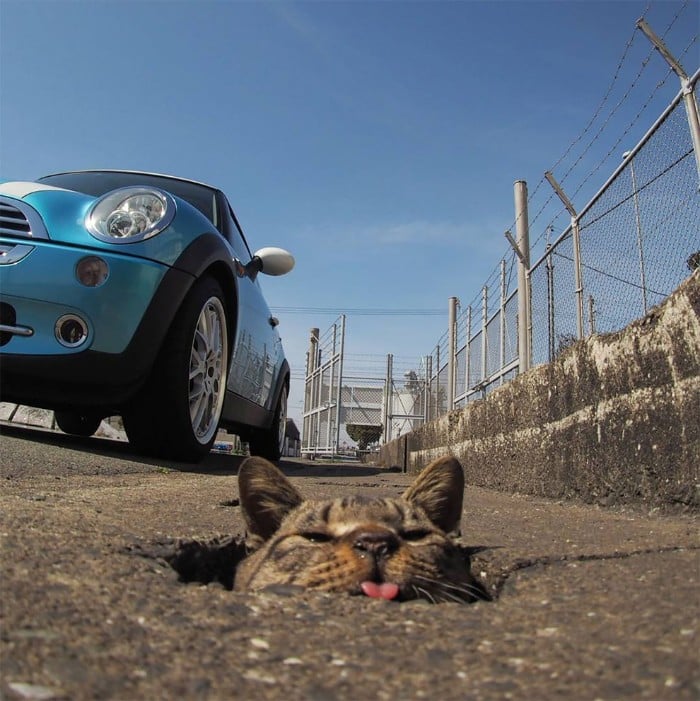 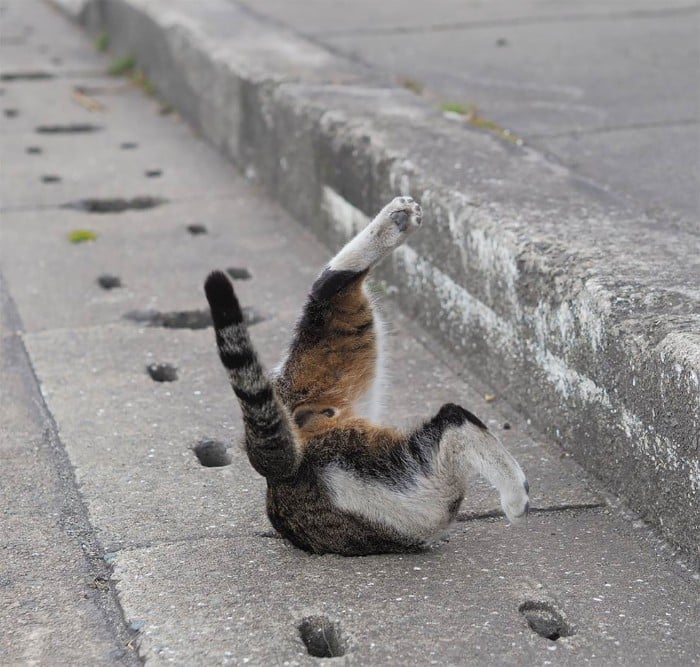 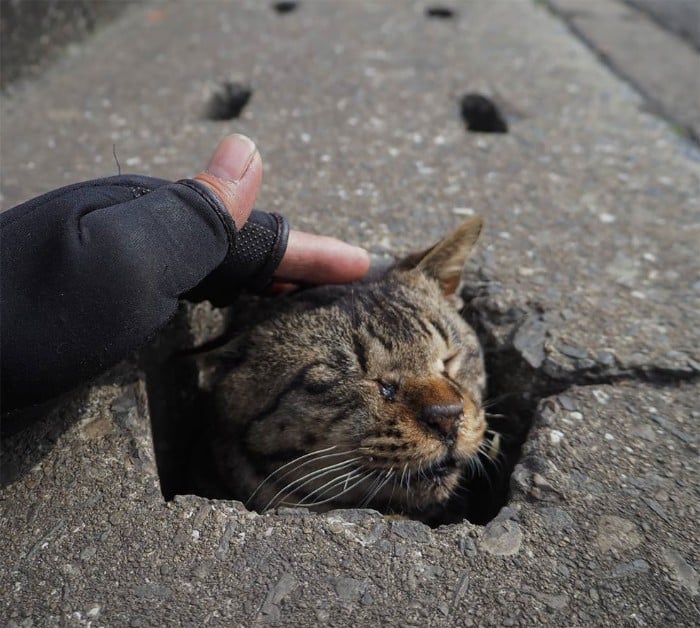 Although Rojiupa is happy to be hanging out with the strays, he is also concerned that they could get into trouble because of his photos. The photographer says that people contact him about their living conditions. Nevertheless, Rojuipa also assures the felines’ new fans that they are safe.

“The cats live on private, protected property,” he said.

We’re certainly hoping that the photographer continues hanging out with the funny kitties. You can follow him on Instagram @nyankichi5656 for more adorable cat photos. 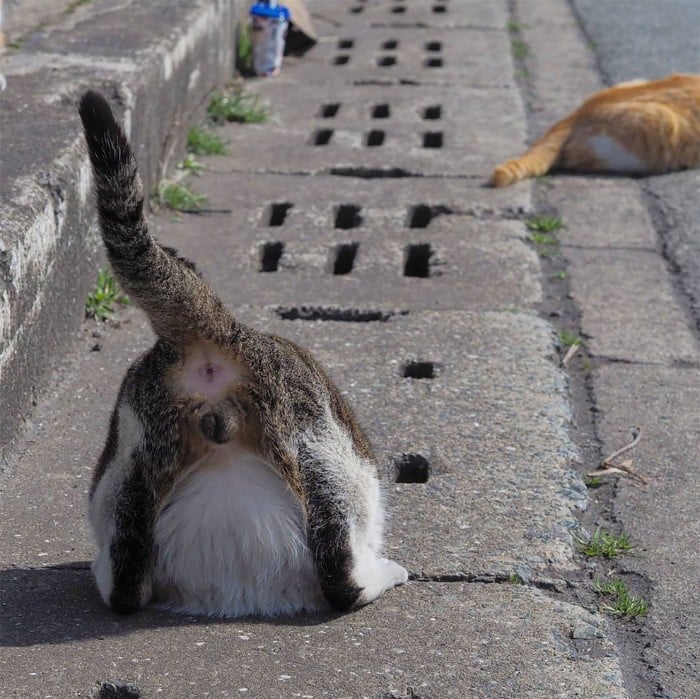 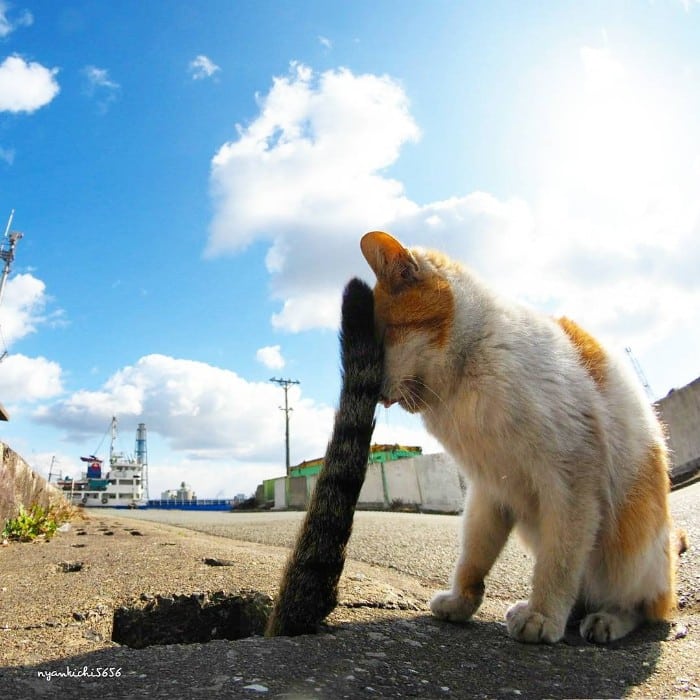 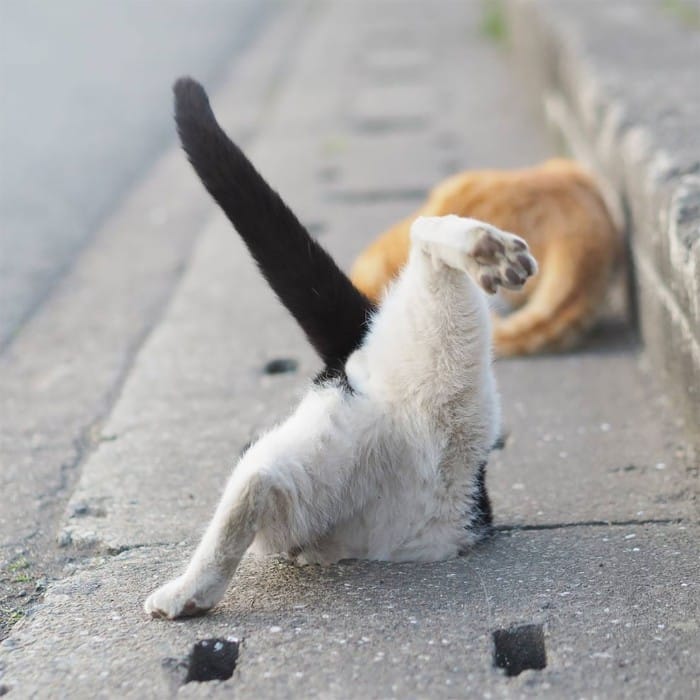 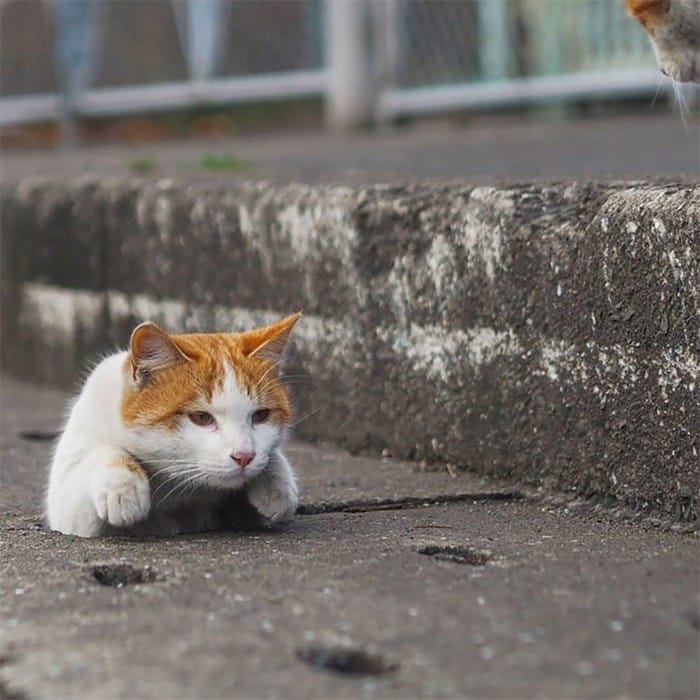 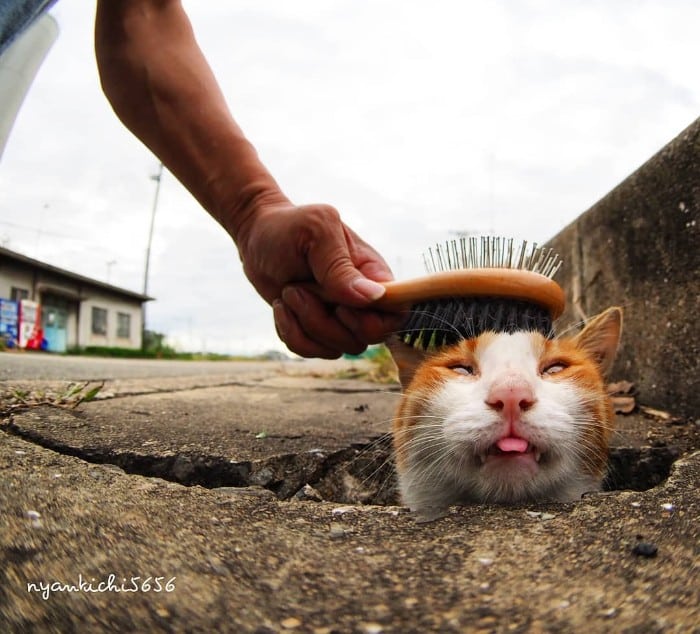 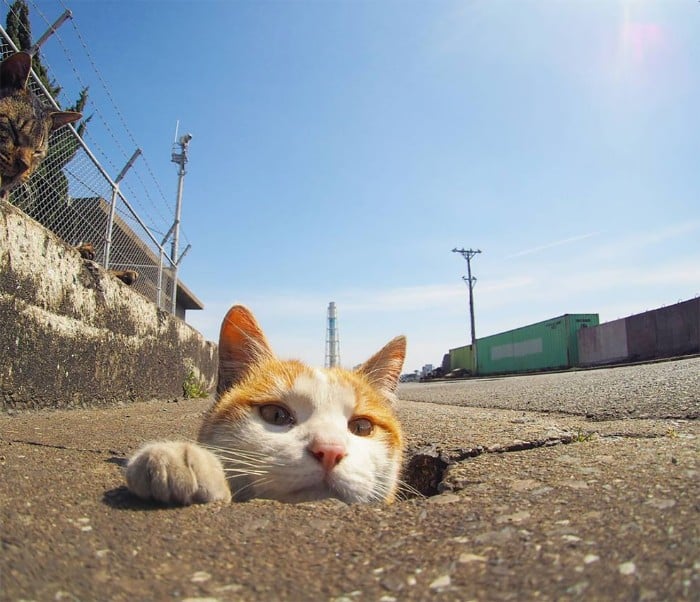 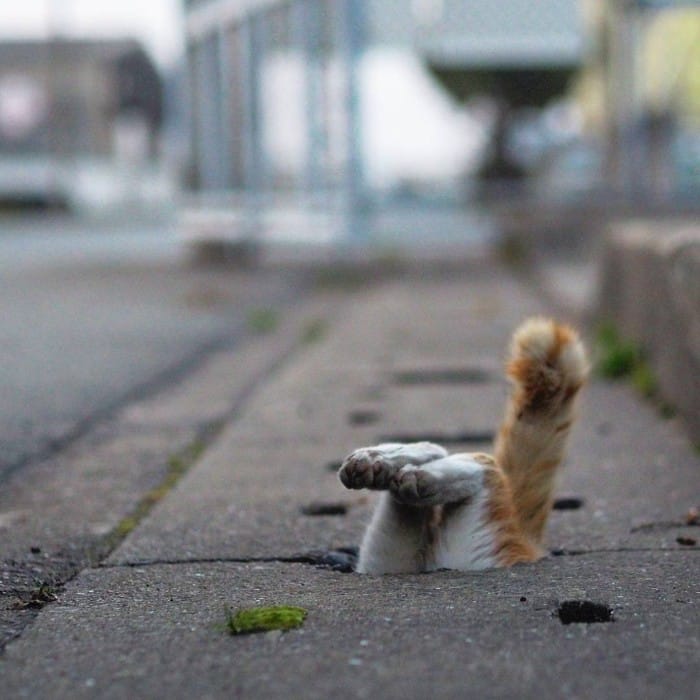 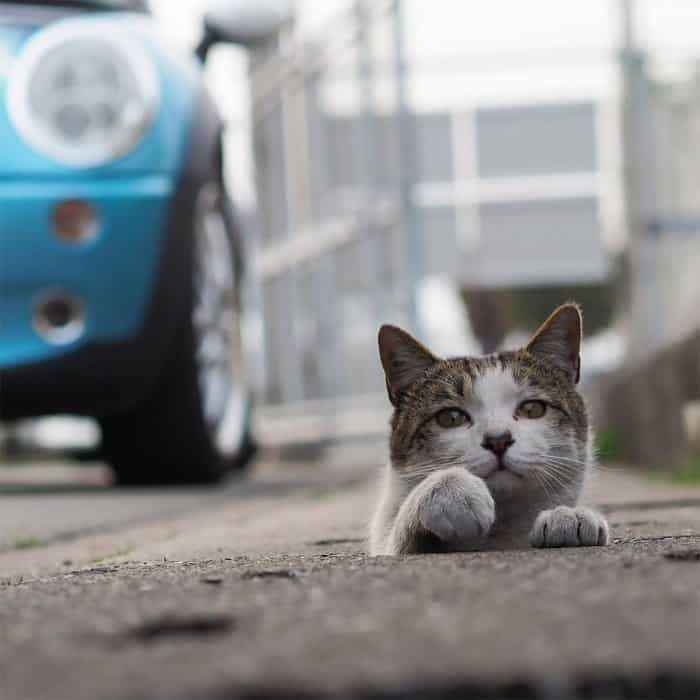 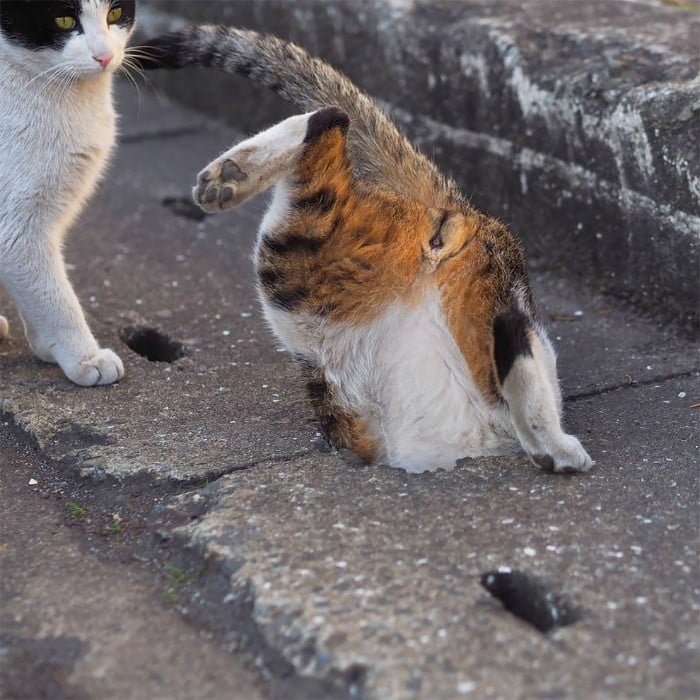 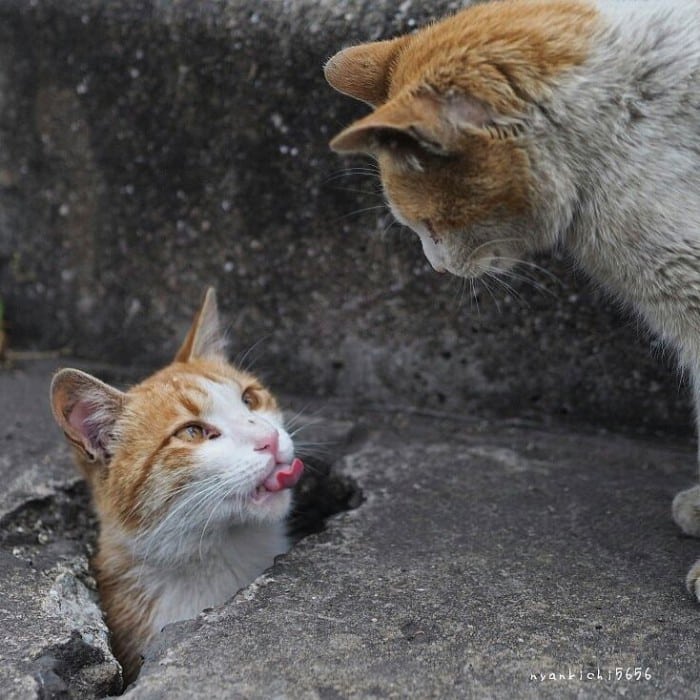 What do you think of these hilarious and adorable stray cats and their photos? Let us know in the comments below.