Ashvonn Russell  wanted to make her high school prom memorable so she decided to show up at the momentous event in an ambulance.

Apparently, the dance hosted by local Key Club in Bahamas ran a contest for the “Best Entrance” in the event. Determined to bring home the award, Russell came up with the brilliant idea of dressing up as Sleeping Beauty and arriving in an ambulance.

To cap off her grand arrival, Russell remained asleep on the stretcher until her prom date Johnny Auguste a.k.a. Prince Charming kissed her.

Russell said she is “an artist who likes to think outside the box”. 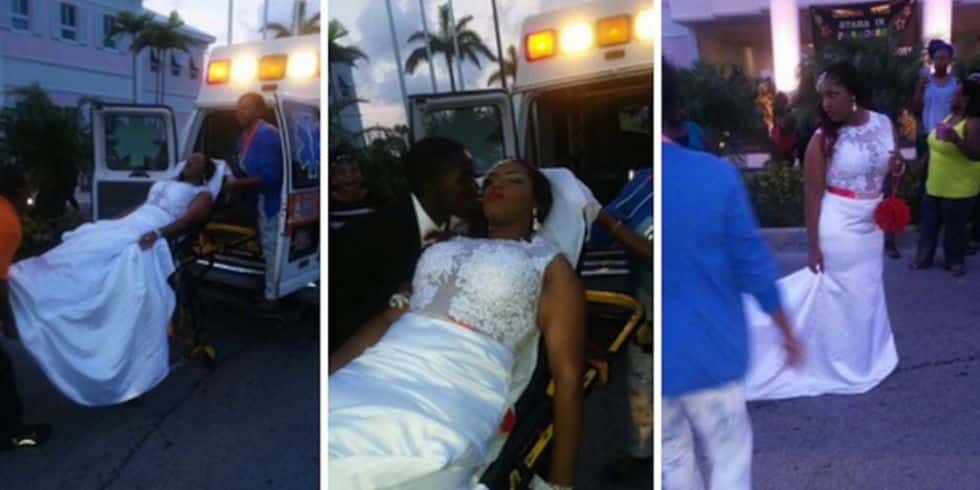 “This is evident in all of my paintings and drawings which are mostly inspired by fairy tales. Sleeping Beauty with a modern twist captured my interest for my prom entrance,” Russell explained.

She went to prom in an ambulance and woke up after she got kissed by prince charming lol pic.twitter.com/2Tsf79NWc3

“Sleeping Beauty’s” photos quickly became an Internet sensation and has been retweeted on Twitter more than 7,000 times. Although Russell’s unique entry gained praises from many Internet users, it also stirred controversy as some commented that the ambulance could have been used in other emergency situations.