Ah, prom night. This is just one of the biggest events in high school. There’s nothing compared to it really. It’s just a significant social event for the youngsters and with it, comes some extraordinary things. You know, the kind of stuff that people do during this stage of their life.

This is exactly what this photo is all about. These young ladies wore the nicest of dresses, trying to embody beauty during a very special night. I bet they’ve spent hours putting make-up. And oh, the jewelries and handbag. Why should they forget those anyway?

Because it’s prom night, that is! 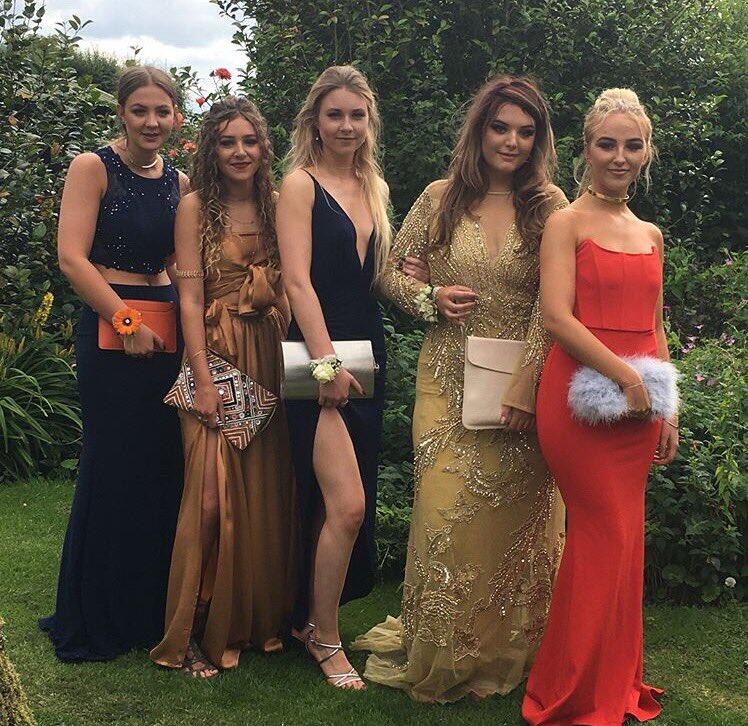 But seriously, if you take a closer look at the photo, you’ll see something different. Nope, it’s not the flowers or plants behind them. And it’s certainly not the way their hair are fixed.

Just go ahead and take a closer look. Did you see it?

Alright, give it another try and scroll up.

Still no? Looks like you’re among the people who failed to spot what’s absolutely wrong with it.

Geez, let me spill the bean.

First and foremost, it’s a shame if you didn’t recognize how beautiful these ladies are. You see, one of them is Eleanor Clarke. She’s the one in the middle. Each of them brought a roomy evening bag. You know, the type that high school kids bring during prom.

However, Clarke’s bag isn’t actually a bag. Take a look closely and you’ll notice it’s quite different. That’s because it’s a huge metal hip flask. And yes, they planned to quench their thirst throughout the event.

Sorry to disappoint you but that’s not a bag. 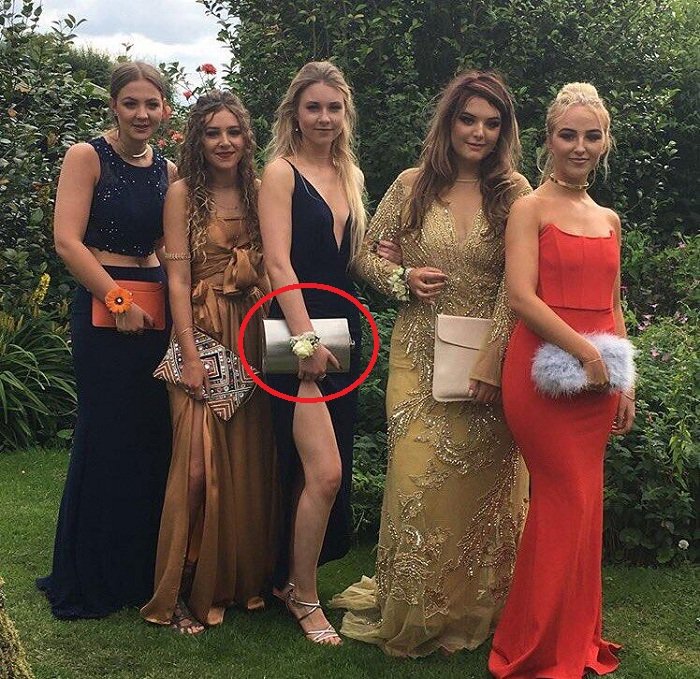 Eleanor first uploaded the photo on Twitter, which was quickly picked up. The caption reads:

“Still don’t know how I got away with a huge hip flask as my prom clutch.”

She was wearing a navy dress that night and accessorized it with a silver catchy heels. But what made her entire get up astonishing was the giant hip flask. At first glance, one would think it’s a metallic silver bag of sort.

Clarke said that none of the people there noticed what it was except her friends. 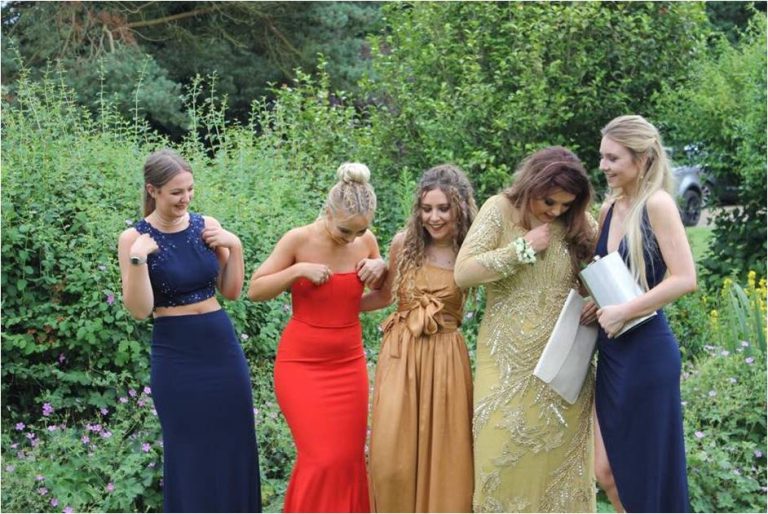 The giant hip flask made her entire prom experience exciting. It sure did considering the fact that the flask can hold three bottles of whatever beverage they prefer. And with it’s size, there’s absolutely no room for dryness and thirst.

By the way, the flask just cost a fraction of the price one would normally spend on a clutch bag. 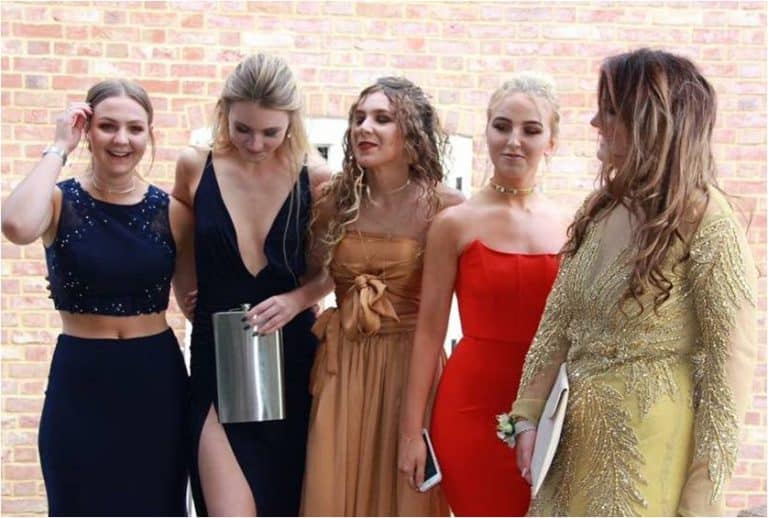 Since it’s prom night, Eleanor and her friends made it memorable. The flask, in particular, did the trick, too. Want to know how? 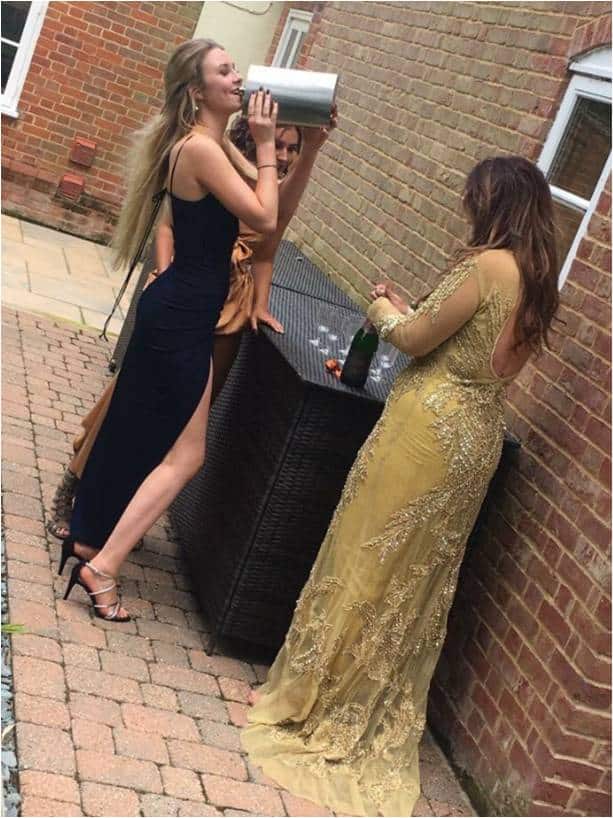 After she shared the photos on Twitter, Eleanor quickly accumulated a huge following. Many applauded her for her creativity.

Now that’s one hell of a prom night no?