Reading the Harry Potter series has become a way for father Matt Burke and his daughter to spend some quality time. But what he didn’t expect is that the renowned author of the popular books series, J.K. Rowling, herself, would take notice.

Matt Burke, a single dad and photographer from Tallahassee, Florida is facing some challenges when it comes to providing his daughter’s needs. He went broke but still kept trying hard just to be there for Bailey.

Matt said that there were a lot of times that he had to miss dinner so his daughter can eat. 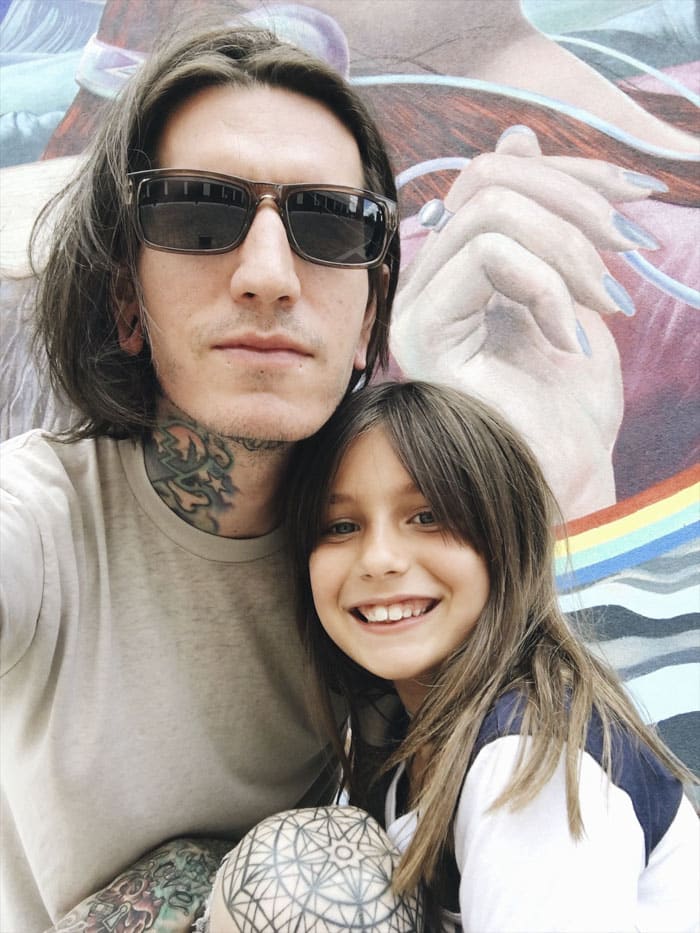 He can’t afford to buy her daughter expensive toys or even go on holidays together. But he found a good way to hang out with her without the need to spend money.

Matt and Bailey read the Harry Potter books together, and since his daughter loves it, he decided to read it too. 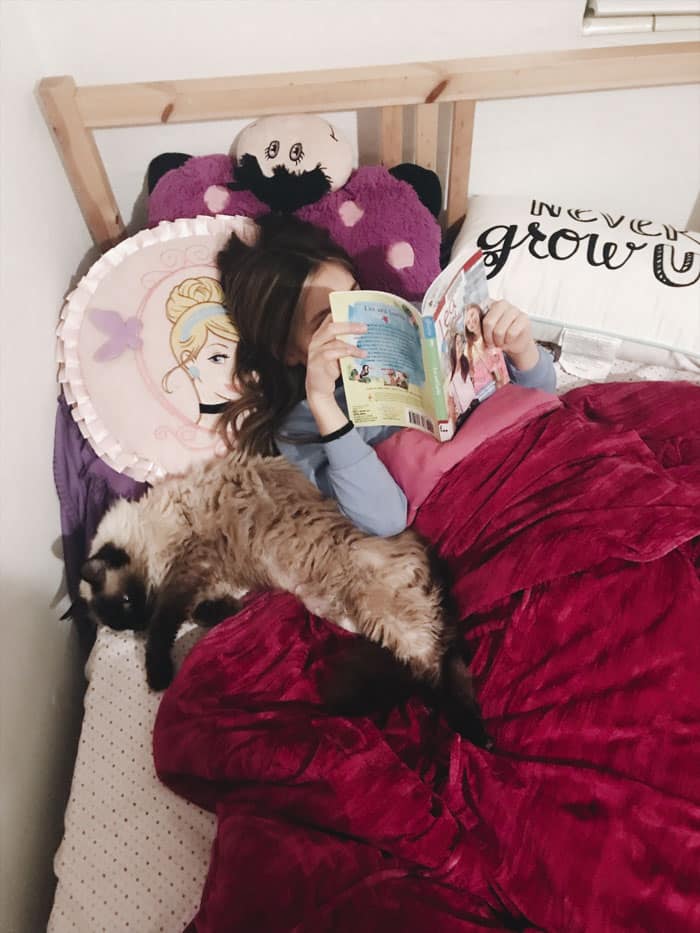 Although he was hesitant at first because he thinks that he is “too cool for some things,” he revealed that he’s having fun reading it with Bailey.

It turned out that he started to like the novel. 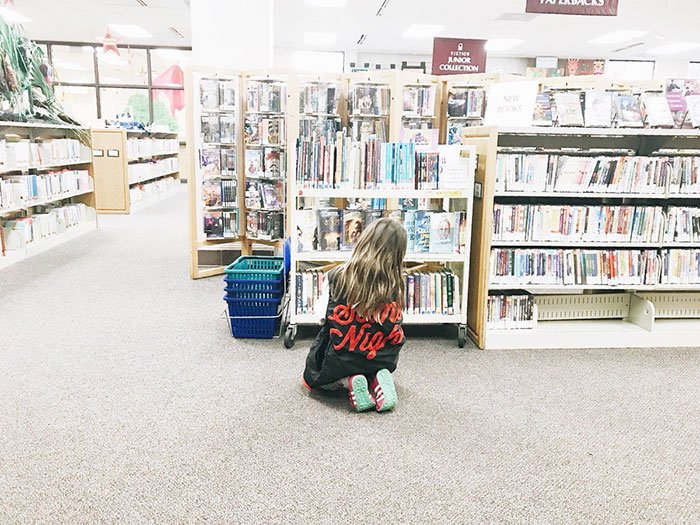 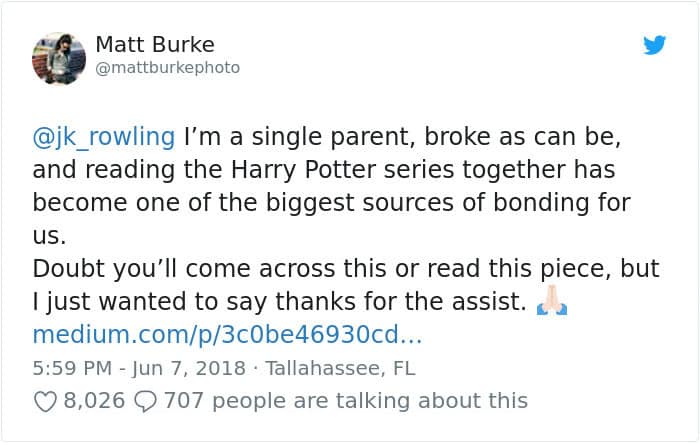 And he didn’t expect J. K. Rowling to respond to his post 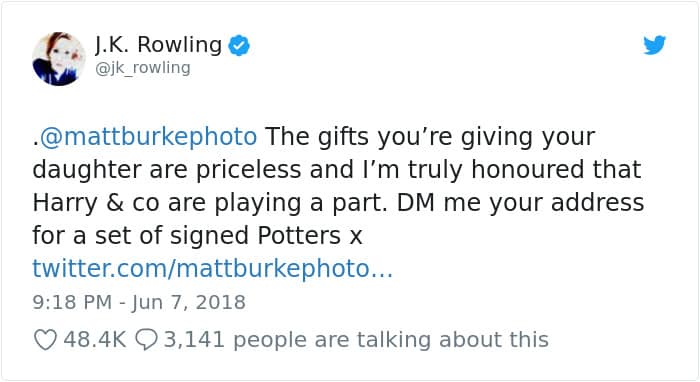 Matt was definitely shook by the author’s response.

People reacted to Matt’s post and praised him for being a strong-willed father. They were also touched by Rowling’s act of kindness. 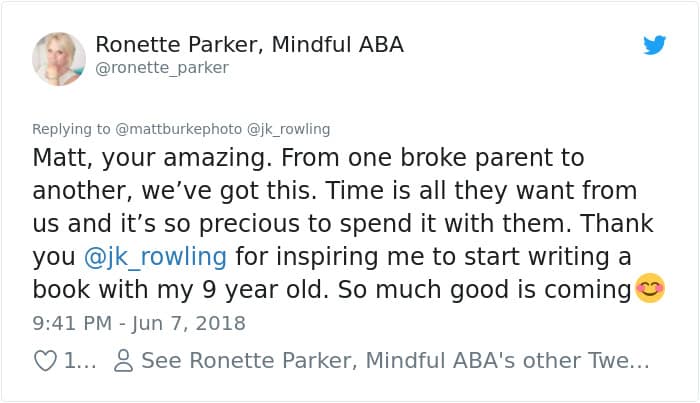 As a photographer, Matt shares his story through his photos. He revealed that he also struggles with depression and anxiety, but he is determined to fight it, especially since he has a daughter who relies on him.