What are the odds something tries to eat you, only to end up your savior.

Something miraculous happened to one guy who nearly got eaten by a shark, only to end up being really grateful to the ocean predator for saving his life.

Eugene Finney went swimming with his girlfriend and two kids at Huntington Beach, California over the summer while he was visiting his parents, who lived in the area.

Eugene Finney with his family on Huntington Beach on that fateful day. 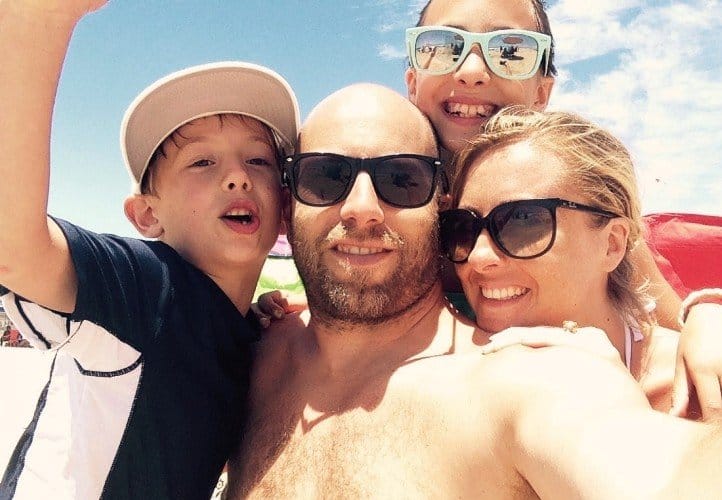 Swimming 100 yards off-shore, huge seven to nine feet waves started coming in when they reached a depth of around 10 to 15 feet. When a particularly large wave rolled towards them, Finney grabbed his 10-year-old daughter, Temple, and showed her how to dive beneath it.

Scary Great White Shark. Now imagine it taking a bite out of you… 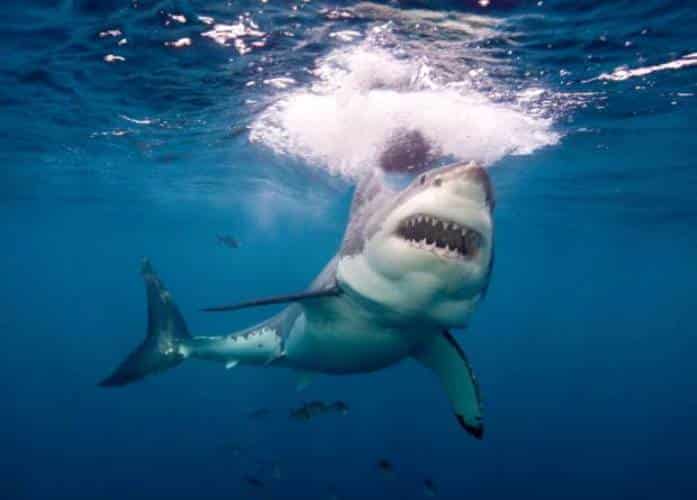 But something struck Finney’s back hard. Really hard. Finney thought no one or nothing had ever hit him that hard in all his life.

Getting Temple to the safety of shallow water, his daughter suddently asked him why his back was bleeding. And that was when they all saw the long gash that started from his right shoulder going all the way down to the middle of his back.

…with some teeth marks on his left side of his back, too. 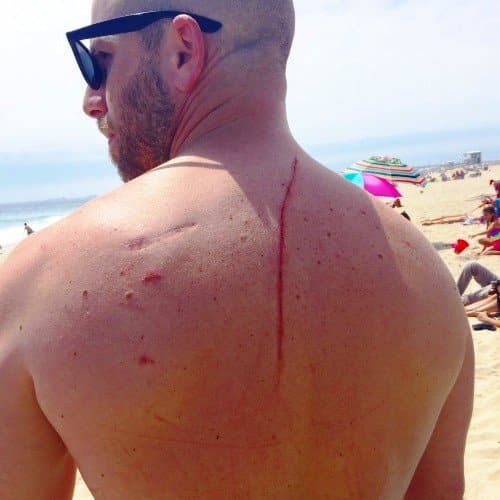 Putting the scary incident out of his mind now it was over, Finney and his family went back to Massachusetts where he resumed his work. But he was bothered by a persistent pain in his chest that eventually sent him to get checked at the hospital.

After an x-ray, doctors found bruising in his thoracic cavity, and some inflammation around his heart due to the blunt force trauma from the shark attack.

It got even scarier from there. Doctors also found a cancerous tumor in his right kidney which was determined to have been growing there for the last five or six years.

Finney was flabbergasted, and decided right then and there to have the tumor removed.

Post-surgery. Thanking God and that shark for saving his life. 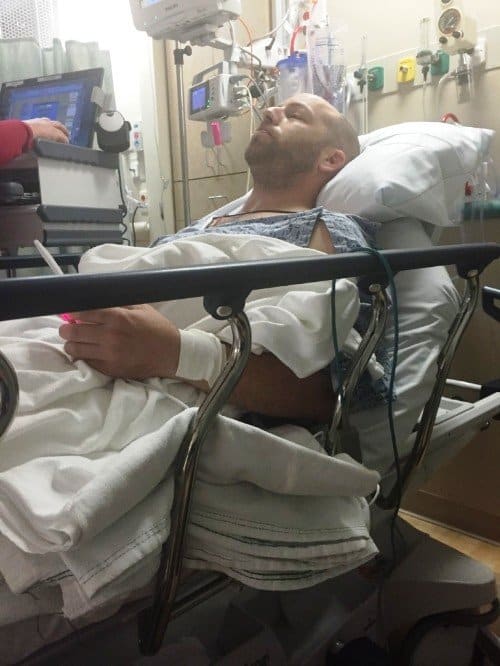 Fortunately for that shark attack, which left him with residual injuries requiring medical attention, Finney would have never discovered the tumor, and would likely not be alive to tell the tale today. 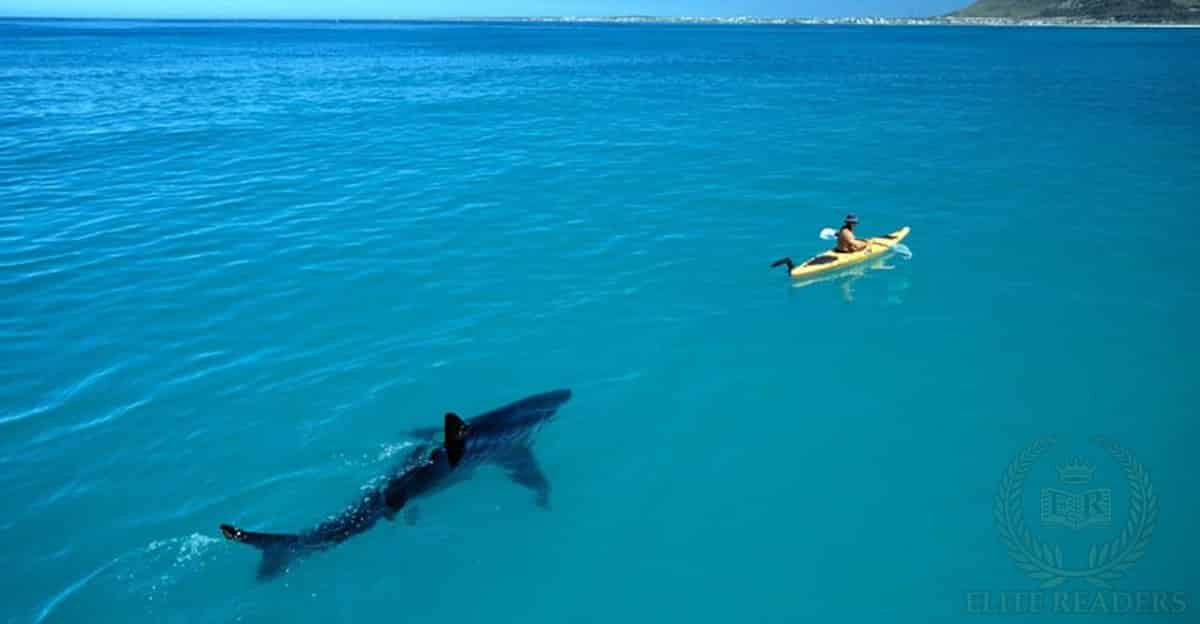