Three friends from Sydney, Australia have created a unique sex-related business together and, according to them, it’s doing really great. They established Sensual Erotica which they say is a “safe place for people to explore their sexuality.”

Meet Tomas, Felicity, and Niki – the founders of Sensual Erotica.

“It’s about exploring all the different ways to be intimate,” Tomas said.

As one of the business owners, Tomas himself admits he was initially insecure about the idea of doing “it” with his girlfriend along with other men but he has since gotten over his fears.

“I wanted to explore sexuality but didn’t know how and was afraid.

“But through that experience and afterwards I realized it was important to elevate past fear and into possibility.”

Recently, the business received a lot of attention online and has even been featured by DailyMail. The site described their services as “an entry-level experience, the parties are invitation-only and can run for over four hours, often hosted in private apartments or a member’s home.”

“We have clear conversations as a group at the start of the event so everyone is connected in consent,” pointed out Niki.

“Then the rest of the time is for play,” she added.

According to Niki, she has attended similar parties in the past but unfortunately, “most had alcohol or drugs, and players that were very loose about consent and agreements.”

She went on to say:

“The people and places were not as clean and safe as I needed to feel comfortable.

“I found myself having conversations about safe sex, boundaries, agreements and consent.

“The fact that this was a new conversation for the other players was alarming to me.”

As for ticket price, single females pay $60 each while mixed couples are charged $110.

Currently, single males are not allowed to join.

Alcohol, drugs, and even phones are strictly prohibited in the parties.

“Orgasm is the best drug in the world’,” said Niki. 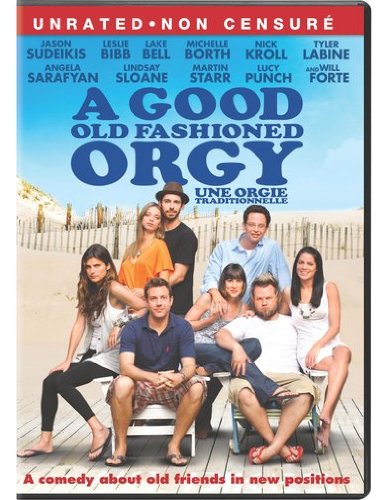 Condoms are also used at all times, “no matter what,” the three friends reminded.

“No matter what level of experience you have I will guide you to have what you want,” Tomas assured interested participants.

“It’s a place where desire leads and everyone in the room learns, via games, how to communicate what they really want and need.”

“Drop whatever preconceptions you have and try it first,” Tomas invited.

“Follow your desire and let that be your compass,” he said.

A Bollywood actress and a director have been targets of grave threats after an Indian politician offered great bounty for their heads.

India is considered the world’s largest democratic country. However, due to its complex politics, a lot of restrictions are imposed films, books and other things that deal with freedom of expression.

A recent example is the upcoming Bollywood film “Padmavati,” starring actress Deepika Padukone and directed by Sanjay Leela Bhansali. The film has sparked another controversy after an Indian politician offered a reward of £1million to anyone who would behead Padukone and Bhansali.

I would not surely mind her arresting me.

Israel is known for a lot of things and one of these is its rigid rules in the military. It is basically compulsory for people there to serve in the army. But believe it or not, their armed forces are packed with beautiful women ready to wage war.

In fact, just recently, one of these angels came to light after photos of her found their way online. She is none other than Kim Mellibovsky, who is dubbed the hottest Israeli soldier. But, as mentioned, the country has a handful of these beauts in the army.

So, without further ado, we give you the hottest Israeli female soldier. You are definitely going to thank us later!

An Indian woman received an abusive reward from her husband for getting a job to feed their family.

Gender equality still remains to be a big issue these days, most especially among romantic partners. Husbands are still trapped in the traditional idea of being the sole breadwinner of the family and that they should be more successful than their spouses.

Relationships though should be a give-and-take partnership. Married couples vow to support each other through thick and thin, so a woman working on behalf of her husband shouldn’t be a problem at all. Apparently, it is for an Indian husband who had his pride pained by his wife getting a job.

A husband got jealous of his wife after getting a part-time job.