The saying “the customer is always right” has been used and abused by customers who will take advantage of any situation just to get what they want. Between you and me, we know the customer is NOT always right and sometimes he deserves retaliation for his bad behavior. This customer at a convenience store is the classic example; he got what he deserved for his atrocious behavior and it was all caught on video. It was how he received his karma that made this video an instant classic!

See, the rude customer was trying to get ahead of the queue, totally disregarding the people lined up before him. The store assistant politely asked him to get in line properly. This pissed off the customer, who started ranting to the cashier. He got mad with the fact that he, a customer, was being talked down to by a cashier. 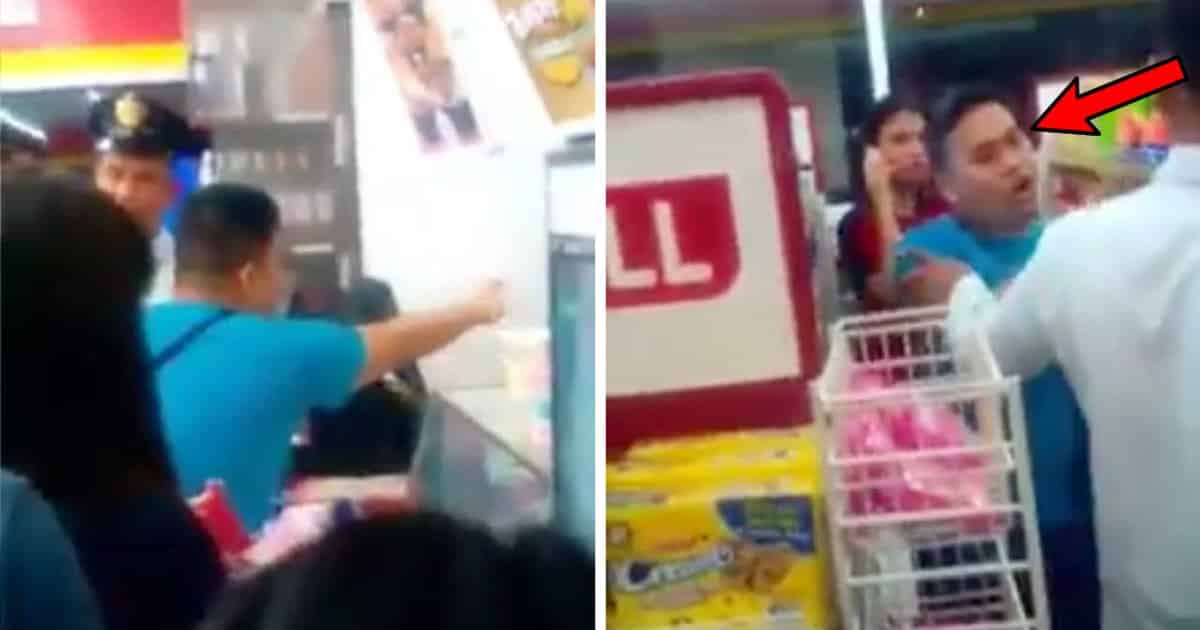 The cashier tried to reason out that they were politely trying to make him get in line and he was causing hassle and disturbance in the store. This only made the customer angrier and he suddenly threw a load of bread at the poor cashier! But he didn’t expect what happened next; the cashier actually fought back in the most hilarious way possible – by throwing what looked like a glass of milk shake at him!

Probably taken aback with the cashier’s unexpected temper, the angry customer back away from the counter but continued to rant to the guard. He pointed out that he was hit; he was actually trying to get people in the store to side with him. But the other customers saw what really happened, that it was him who initiated the violence by throwing an object at the cashier.

Of course, reactions are varied towards what happened here. A lot of people sided with the cashier since they felt the customer deserved the retaliation. There are others who think that the cashier could have settled the matter in a more respectful manner and didn’t need to match rudeness with rudeness.