Cameras are great not only for capturing life’s special moments but also for some unexpected instances. Or in this case, an alleged miraculous apparition. The photo below, taken by a freelance photographer, shows us a mysterious figure appearing over light beams in Hoboken, New Jersey. The said figure is believed by some as Jesus Christ himself.

Richard McCormack, who took the picture, shared that he was taking photos during the 9/11 commemoration and memorial rites when he captured the said image. In the clouds over the two beams of light, a figure dressed in a white robe can be seen seemingly standing in the sky.

Richard McCormack captured this photo of ‘Jesus Christ’ standing above the clouds over two light beams in New Jersey. 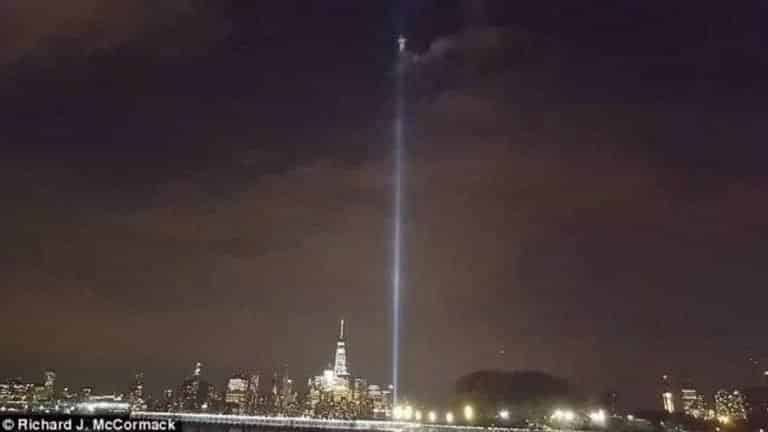 In a BuzzFlare feature, we also learn that McCormack takes photos of the ceremony “every year” but he said this marks the first time he was able to capture something like this. 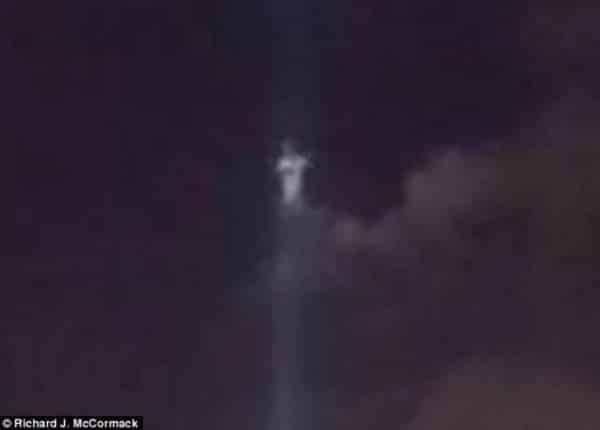 The photo later went viral on social media and, as with most things viral, McCormack’s claims received mixed reactions from netizens with some believing it and others clearly expressing skepticism.

Some believed it to be an authentic apparition while others said it’s “obviously Photoshopped”. 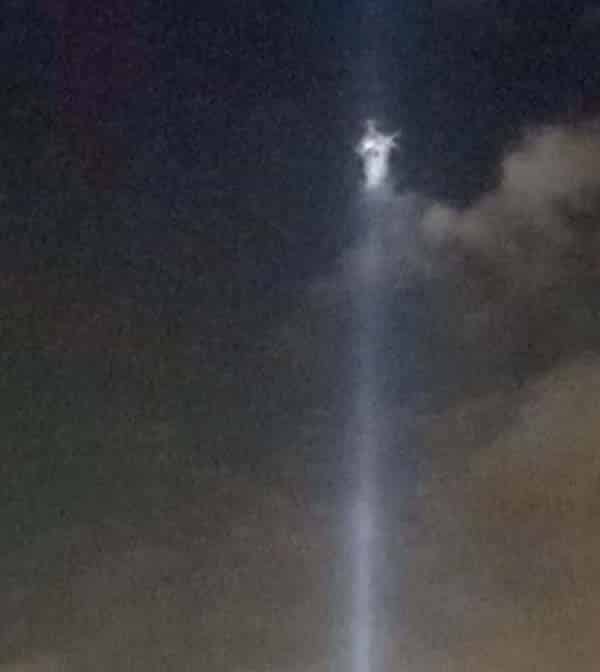 The comments ranged from “”it’s a hoax” and “It’s obviously Photoshopped.” Some are even accusing McCormack of someone desperate to have his 15 minutes of internet fame. Others, meanwhile, believe it is a divine apparition and that Jesus Christ was truly “looking down at the commemorative rites.”

This, of course, is not the first time that such a viral image was has sparked an online debate among netizens. It can be remembered that a Jesus Christ-shaped cloud allegedly appeared in Colombia after a devastating landslide that claimed the lives of 17 individuals.

Well what do you think, folks? Could McCormack’s claims be true or is this all an elaborate hoax? Share your thoughts by leaving a comment below.