Let’s pretend you work in a restaurant. It’s been a fine, busy day so far when suddenly a robber busts through the door, all masked and stuff, and then puts a bag on your table and demands you to give him the money.

What will you do?

Personally, I think I will freak out inside but I’ll do my best to stay calm and then hand him all the cash without even looking at his eyes. That’s the easiest and safest way to get rid of a robber, right?

Well apparently, one badass guy working in a Christchurch souvlaki thought simply ignoring an armed robber is a much better solution. The video below shows us exactly how things transpired inside the restaurant as the worker paid him no attention, even handing a takeout bag to one of the customers.

Not in the mood of getting robbed: This restaurant guy avoided a robbery by totally ignoring a masked mugger. 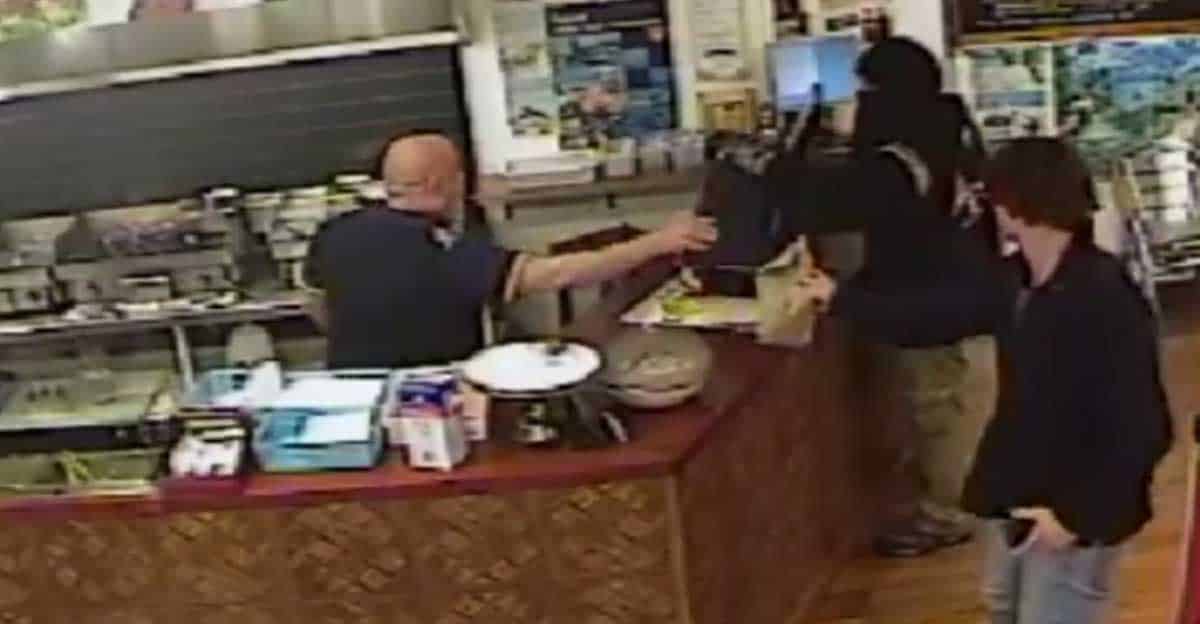 Eventually, the confused crook was left without a choice but to walk away from the shop in disappointment.

If that sounds funny and unbelievable to you, you gotta see the short video below.

Watch the CCTV footage here and see how it happened:

That dude was definitely not in the mood of getting robbed. I mean he totally didn’t mind the fact that the mugger had a gun and he just went with his tasks as if he wasn’t there. It’s really surprising how the trick worked but it totally did. No life was harmed and not a single centavo was taken.

I wish we can all be as chill as this restaurant guy. Kudos to you whoever you are, sir. You are a hero!