Ray Johnstone loves fishing. This 75-year-old man from Australia used to enjoy the hobby with his wife and his best friend but unfortunately, both have already passed away. He’s been sad about it but despite that, he decided to go out and fish once more. “It gets a bit lonely just sitting around watching the TV a lot of the time,” he admits.

He, however, didn’t want to go fishing alone so he thought of looking for a fishing buddy by posting an ad on Gumtree.

With his wife and best friend gone, Ray Johnstone had no one else to share his love for fishing. So he posted an ad on Gumtree. 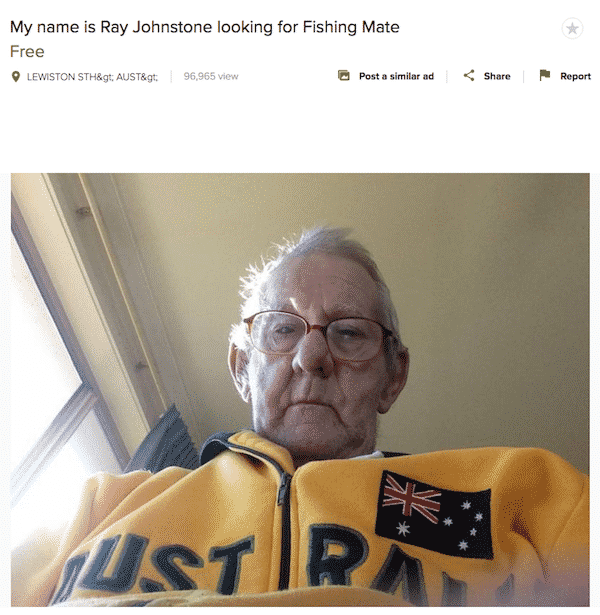 Ray’s ad turned out to be very straightforward and touching at the same time that it immediately caught the attention of the internet. On the seller’s description, he described himself as a “widowed pensioner who is looking for a fishing mate” because his “previous fishing mate is now deceased.” He also specified that he has “all the gear for all types of fish.” He even said that he is willing to share his bait and equipment, pay for the gas and ramp fees in case they owned a boat.

Netizens were heartbroken for his sincere desire for a friend and also for the fact that he listed himself as ‘used.’ 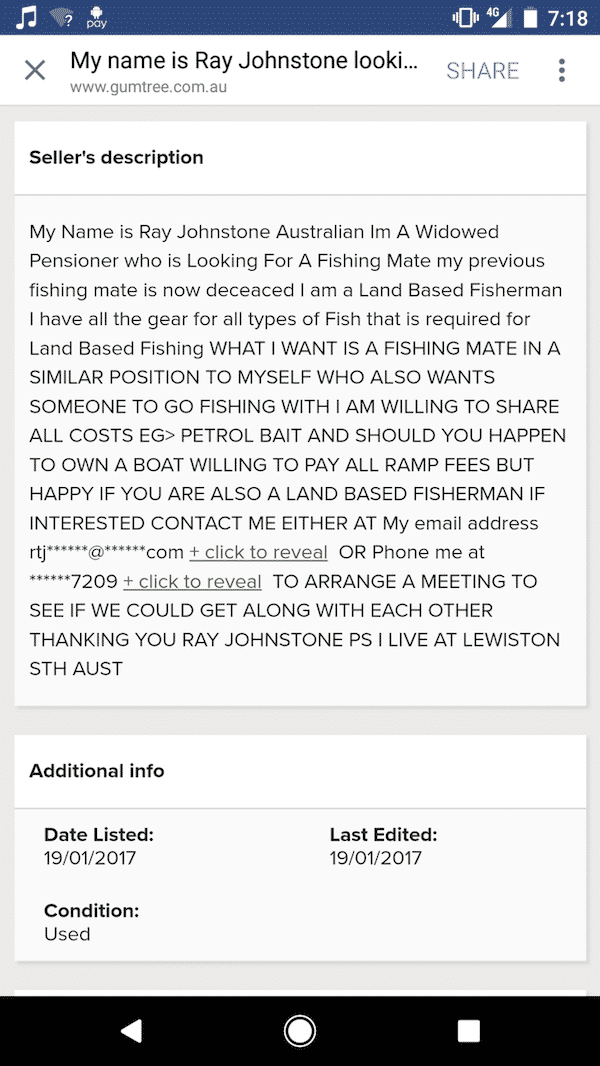 The ad has since been viewed by thousands of people and everyone just started reaching out to Ray. 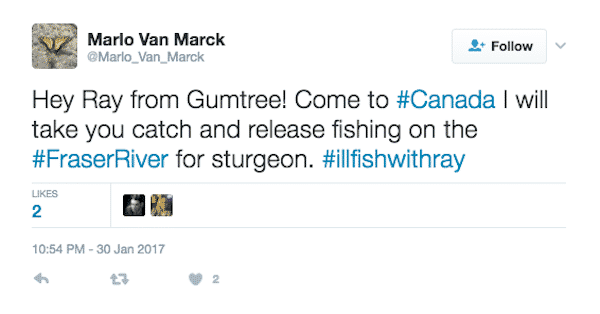 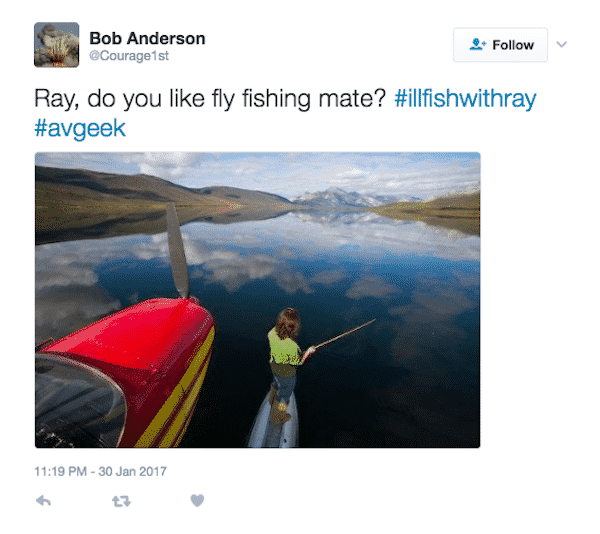 Aside from local invitations, netizens from all over the world also invited Ray to join them on their fishing trips. 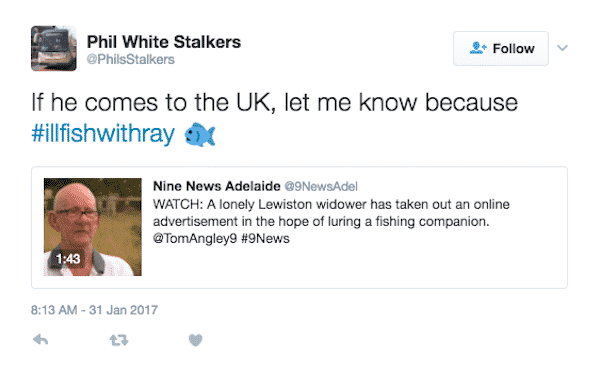 Even non-fishers sent messages of love and support. 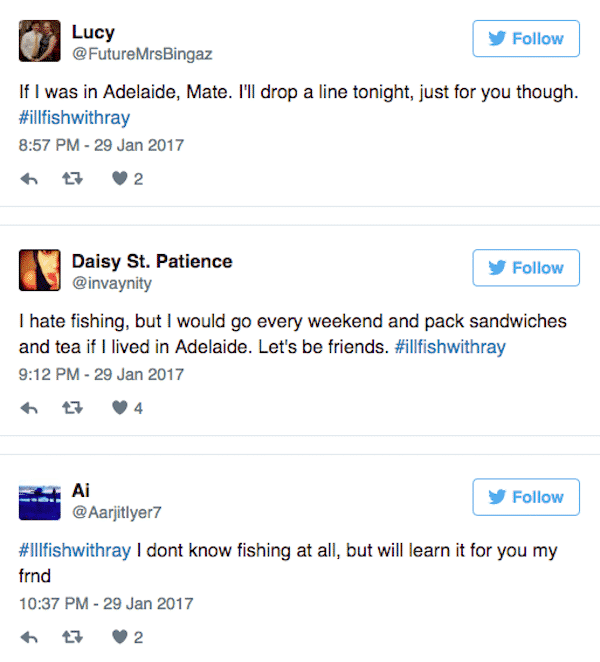 Meanwhile, others offered him with brand new fishing gear for free, along with all-expenses-paid vacations and exclusive trips on fishing charters. 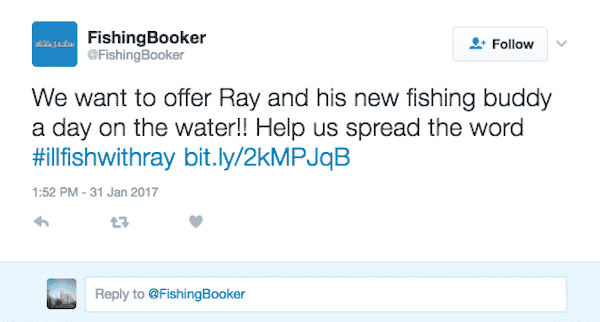 Mati Batsinilas, a carpenter from Brisband, admitted Ray’s ad moved him to tears. So he decided to offer him a 2-day fishing trip off Stradbroke Island on a fishing boat – and, of course, Ray happily said ‘yes’.

“That is the worst thing,” Mati said. “I would not want to be in that position because we love fishing so much. I’m happy to pay for flights for him from SA to Brisbane, pick him up from the airport. This is just something where I feel like I can help and I do it with passion. I want him to have the best experience of his life.”

Needless to say, Ray is overjoyed and overwhelmed with all the response to his ad. 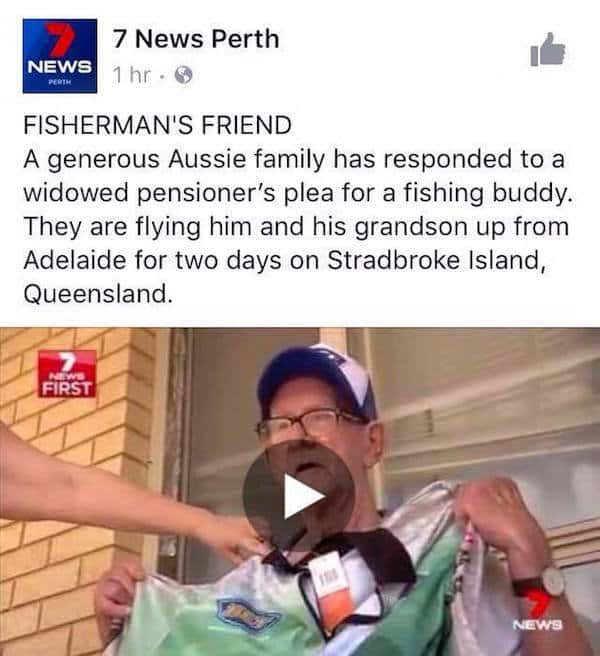 It is indeed heartwarming to know that, yes, there are still a lot of good people out there in the world today. For those interested to get in touch with Ray, his Gumtree ad is still up!