Weddings are memorable occasions to celebrate the union of two people in love. To cement the special day into memory, most couples have a wedding photoshoot for posterity.

One couple’s own wedding day was made even more memorable when something unexpected and dangerous added a huge dose of spice to their marriage celebration. The groom was bitten by a rattlesnake right in the middle of their wedding photoshoot!

Johnny and Laura Benson were happily posing for their wedding photos quite unaware that an unwelcome wedding crasher would soon turn things awry. 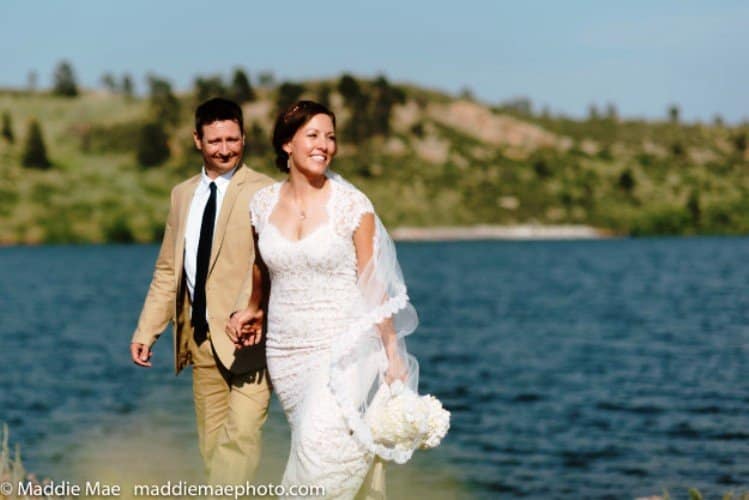 Just after the ceremony, they took to the dirt trail at the Horsetooth Reservoir in Fort Collins, Colorado for their post-wedding photos. The couple stayed on the beaten path, but a rattlesnake decided to take a detour for a little snack. 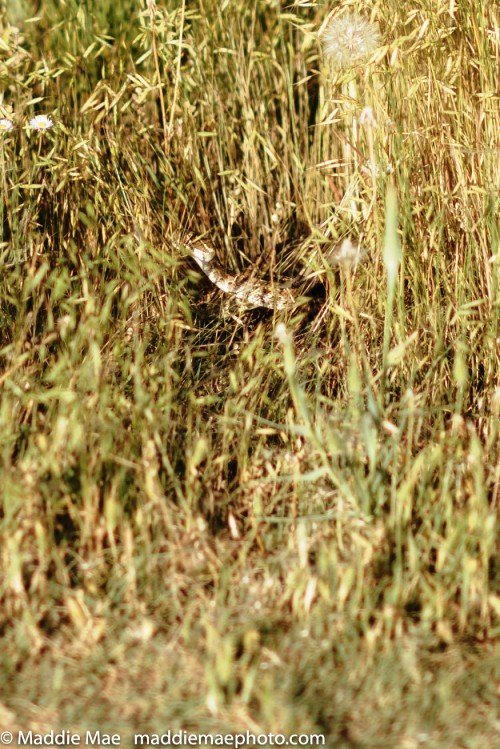 The Bensons were walking jut 50 feet from the parking lot when the rattler jumped from the grass and attacked!

“All of a sudden it was like someone kicked me in the shin,” Johnny said. ““Then I looked over and saw the snake sitting there, and it was rattling.”

Luckily, a Larimer County Park Ranger was driving by the scene of the wildlife accident, and the couple were able to flag him down for assistance.

Being the consummate professional that she was, their photographer, Maddie Wilbur, continued snapping pictures.

What a time to be smiling! 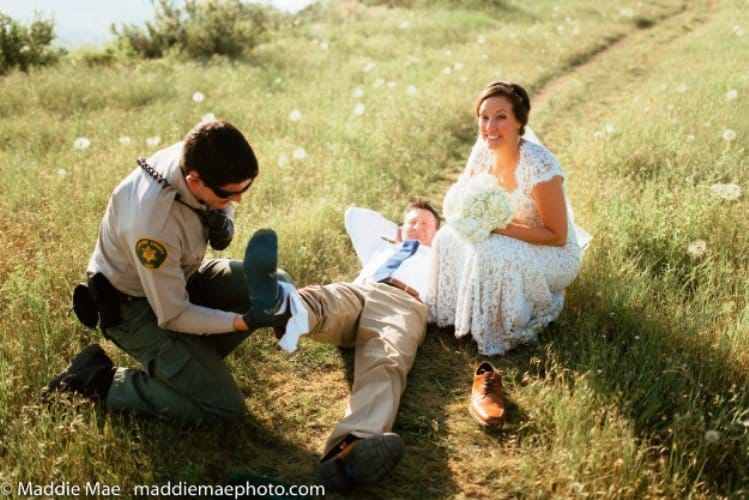 Not knowing whether the rattlesnake had actually injected venom, Johnny’s prognosis appeared ominous. However, the couple remained all smiles while photographer Wilbur continued documenting the whole process.

When the paramedics arrived, they needed to determine the seriousness of the bite. To add indignity to his injury, Johnny exited his photoshoot in the most unromantic wedding getaway vehicle ever – an ambulance en route to Poudre Valley Hospital. 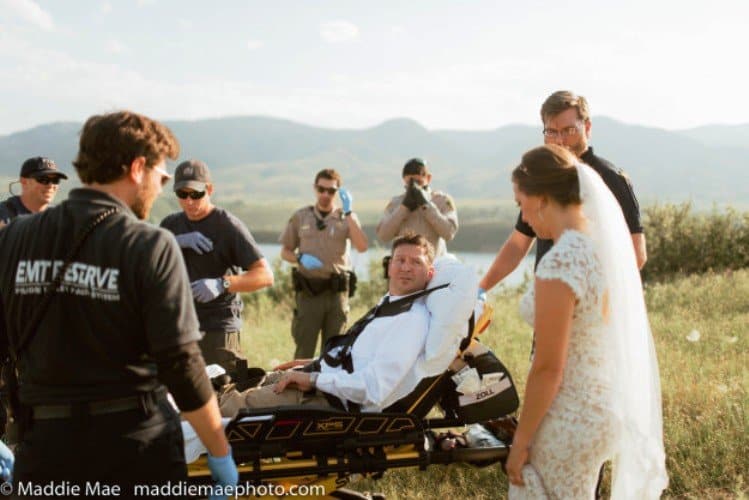 Fortunately for Johnny, a hospital assessment found his injury to be a dry bite. The rattlesnake did not deposit any venom at all. So all he needed was a requisite tetanus shot, and he was good to go. 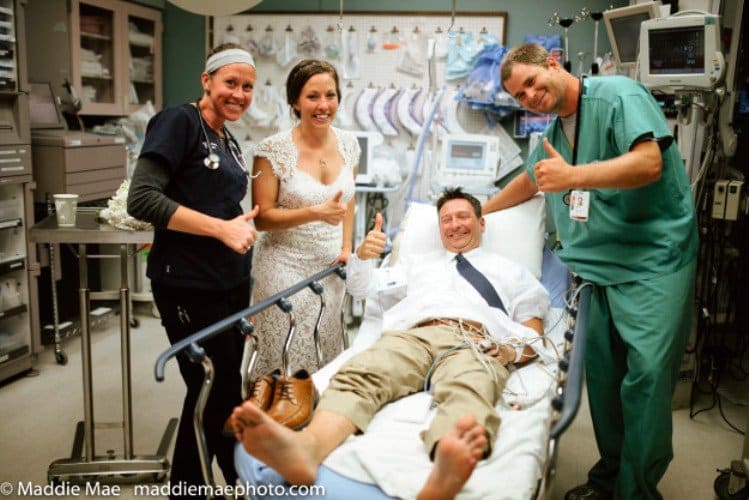 Less than 20 minutes after he was wheeled in, Johnny was released from the hospital’s ER. He and Laura headed straight back to their wedding reception where 184 guests cheered their arrival and toasted their good fortune.

They only missed an hour of their reception! 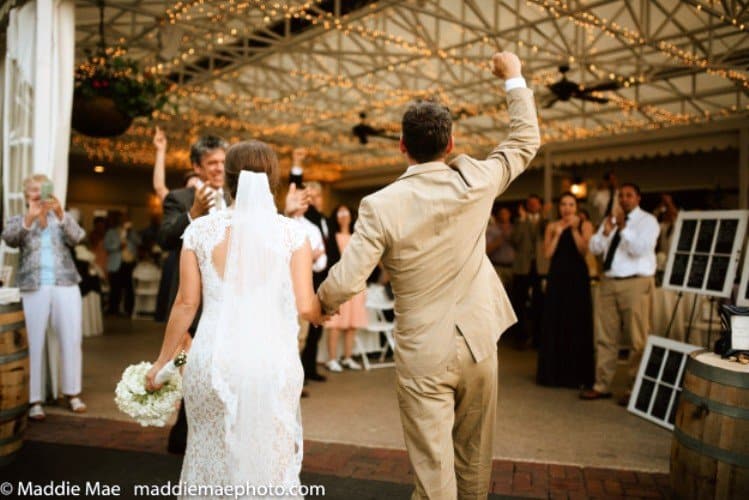 Johnny and Laura’s wedding made for a very memorable occasion indeed. They stayed calm in the face of a crisis, which bodes well for the rest of their married life ahead.