Ah, technology. They say it’s humanity’s key to unlimited resources, though no one can tell what resources these are exactly. Actually, some believe that with its advancement, people will instead gradually become dumb or stupid.

Case in point, a video of a soap dispenser has gone viral because of blatant racism – it appears to offer soap to whites, but not to blacks. This definitely has something to do with technology, no?

A soap dispenser has taken the internet by storm due to its unique capability. 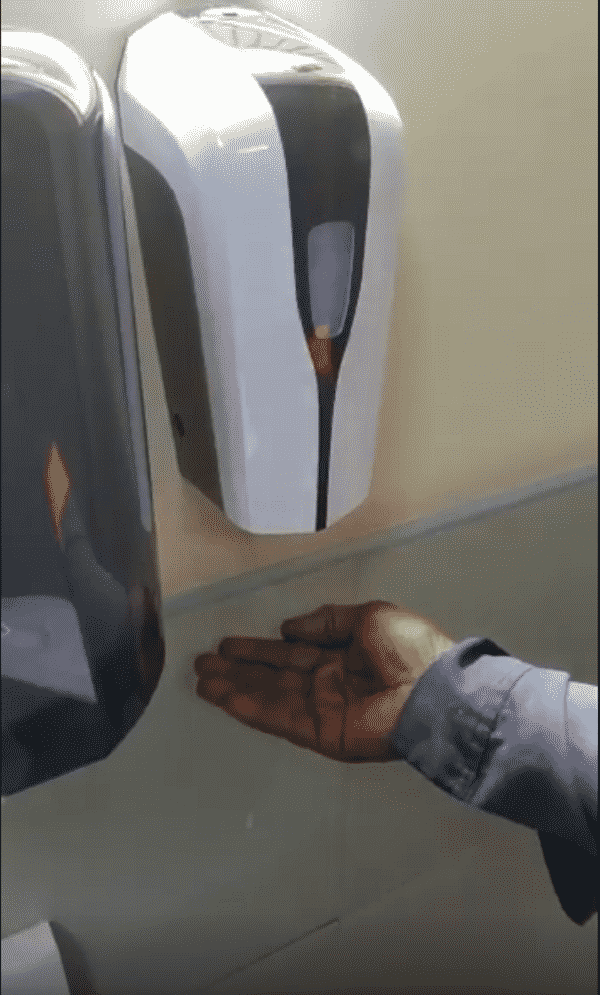 The video was courtesy of Chukwuemeka Afigbo, a Nigerian who works in a tech company. The video, which was first uploaded on Twitter, features an automatic soup dispenser. But apparently, it only dishes soap to a white person’s hand and not to a black person’s. Hence the tag “racist.”

It may seen funny, but it also says something about our society. Despite the fight for equality, racism is still very rampant. And yes, even on a soap dispenser.

It dispenses soap if it detects a white hand. 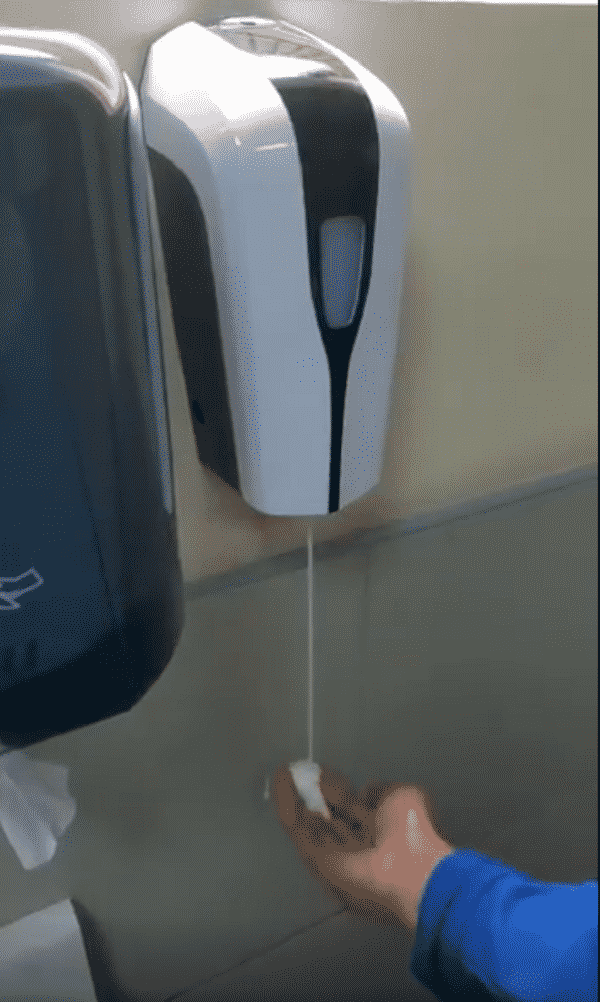 But when it comes to a black person's, it doesn't. 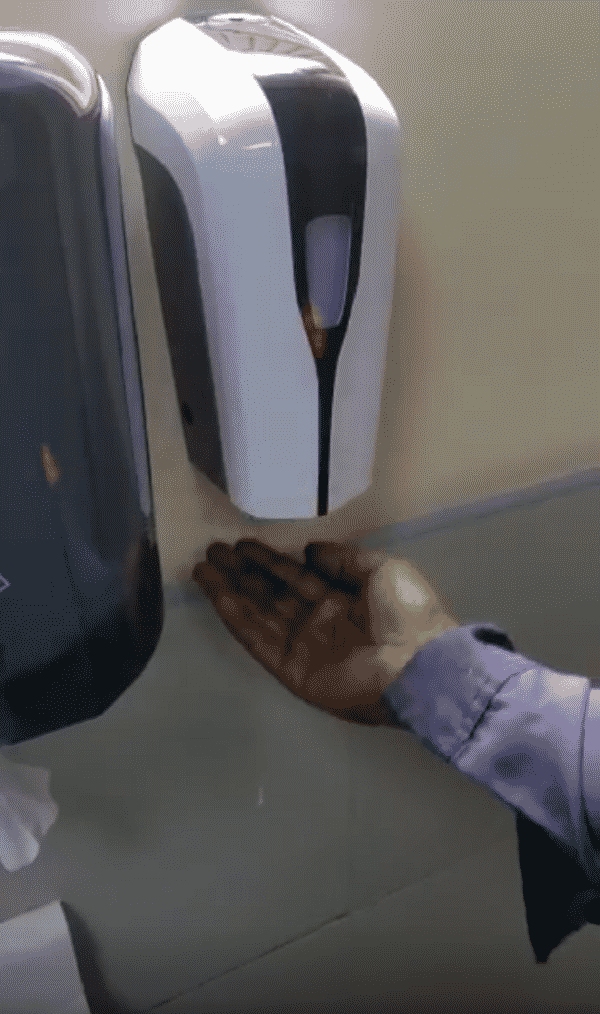 If you have ever had a problem grasping the importance of diversity in tech and its impact on society, watch this video.”

Afigbo is actually right. It points to a bigger issue. According to IFLScience, it’s very likely that the no-touch soap dispenser utilizes a special light sensor to detect a hand beneath it. It just so happens that a black hand isn’t “light” enough to be detected, so to speak.

It’s not even broken in one way or another. Remember: a white hand registered, suggesting that the sensor worked. Perhaps there was a glitch or something and the manufacturer overlooked it. Or it be could that the ones who made it were lazy enough to test it on various skin tones.

Just so Afigbo can further prove it, he used a tissue beneath the dispenser. Viola, soap came out! 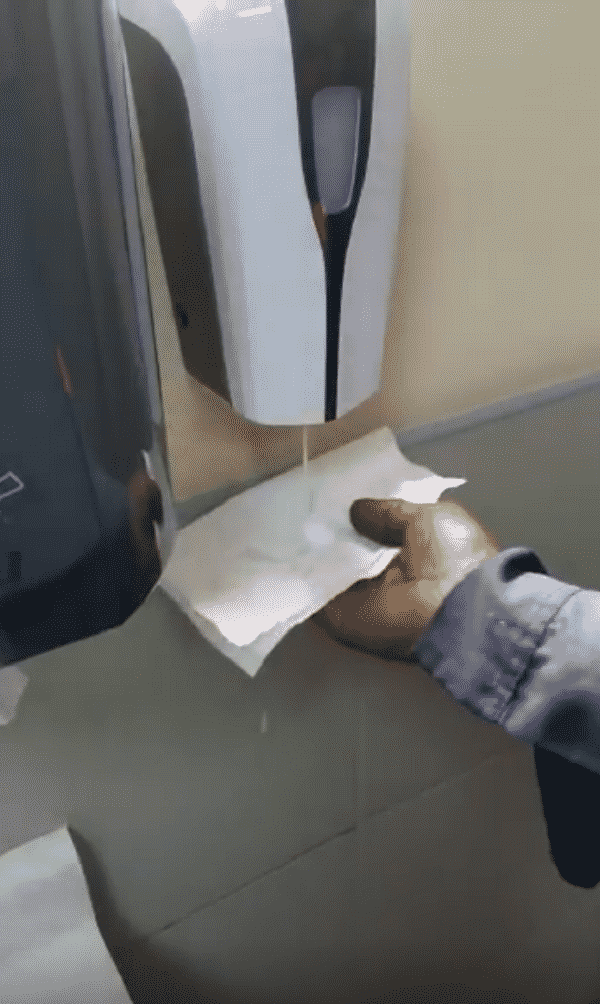 Interestingly, this isn’t the first device or tool to function in such a way. Both Google and Flickr were forced to relay a public apology in the past. The reason? Well, their auto image labeling systems were tagging blacks with keywords such as “gorilla” and “apes,” among others.

A Nikon digital camera owned by a Taiwanese-American named Joz Wang also had the same story. Apparently, the camera would offer a prompt a message “Did someone blink?” This was a direct reference to Asians and their eyes.

Here's an interesting statistics showcasing the diversity within tech giants of today. 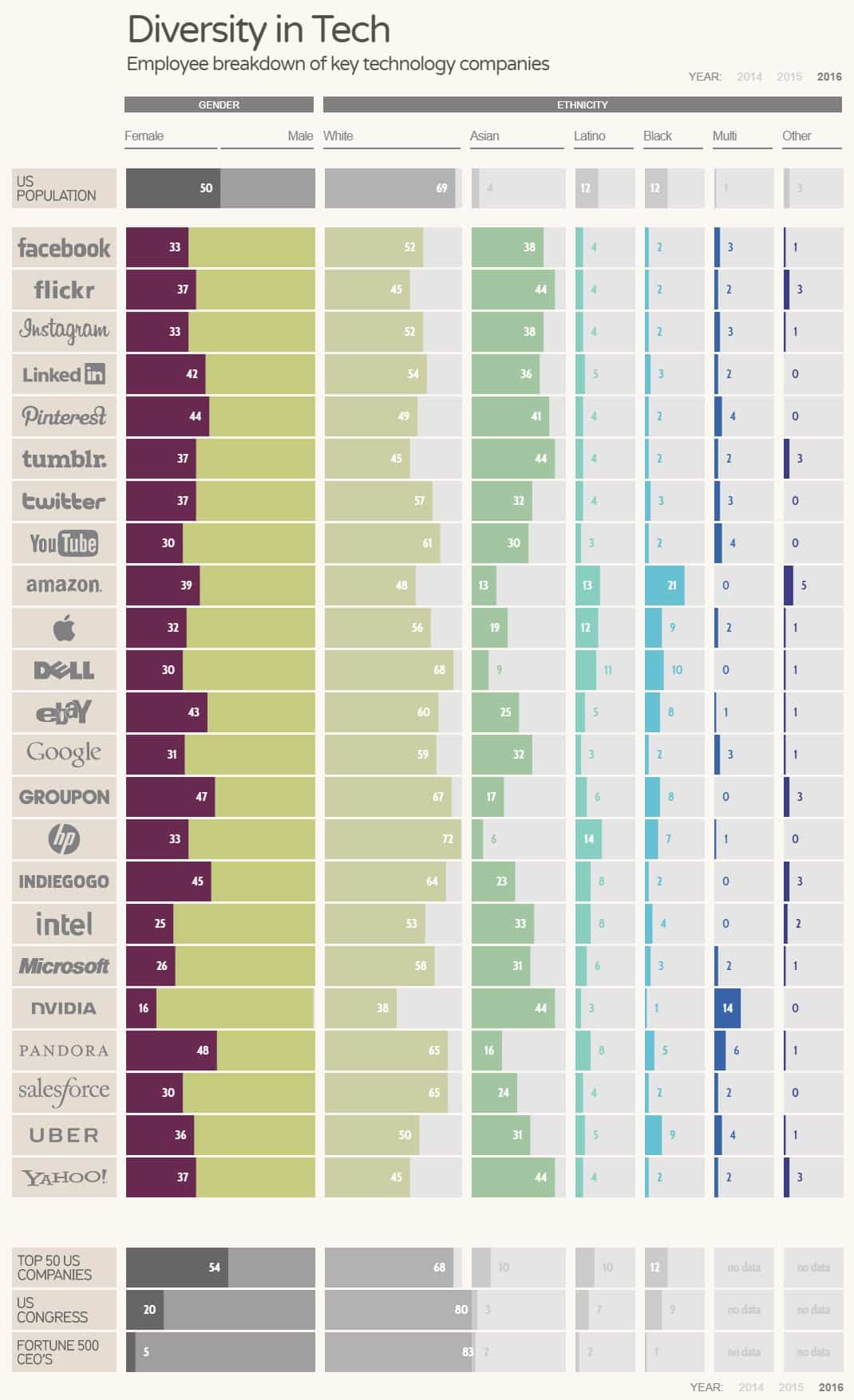 At the end of the day, all of these show just how irking the tech industry has been when it comes to diversity. That the companies under this industry barely hire or give importance to non-white individuals. In fact, Google’s most recent statistics show that its tech departments have 1 percent black, 3 percent mixed-race, 3 percent Hispanic, 39 percent Asian, and the rest (53 percent) white. The same statistics can be acquired from other tech companies.

Sure, the “racist” soap dispenser can be funny. And since it’s just a “thing” or “object,” it doesn’t really give a damn about racism. But in reality, it represents the significance of diversity in every aspect of human life. Whether or not the company did this on purpose, they still didn’t think about it in the get-go.