Going into labor is no joke and it may be the most physically painful thing a woman can go through. And when Chinese pregnant 26-year-old mom, who was only known by her last name Ma, went into labor she wanted to have a C-section but her family didn’t agree. That’s when she became so emotional she ended up committing suicide.

Ma, who was admitted at Yulin No. 1 Hospital in Shanxxi Province in northern China, recently jumped to her death, Chinese news outlets reported. A chilling footage of a distressed Ma in labor made the rounds online. 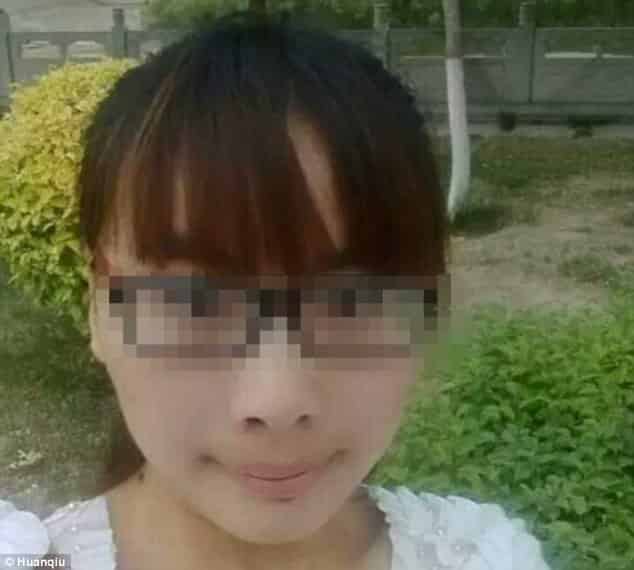 Ma can be seen kneeling in front of her family. 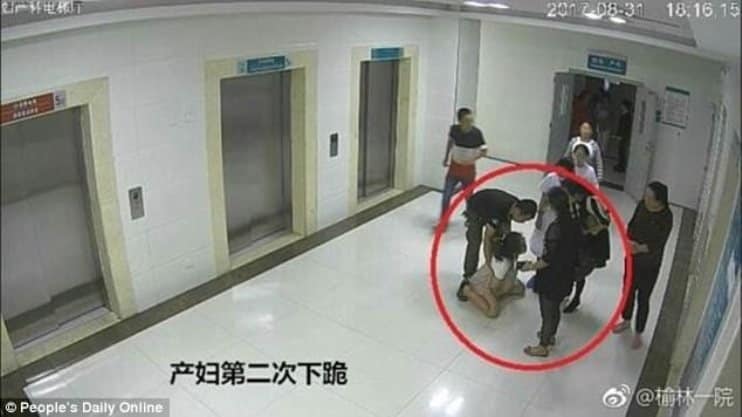 She begged to have a C-section but they didn’t agree. 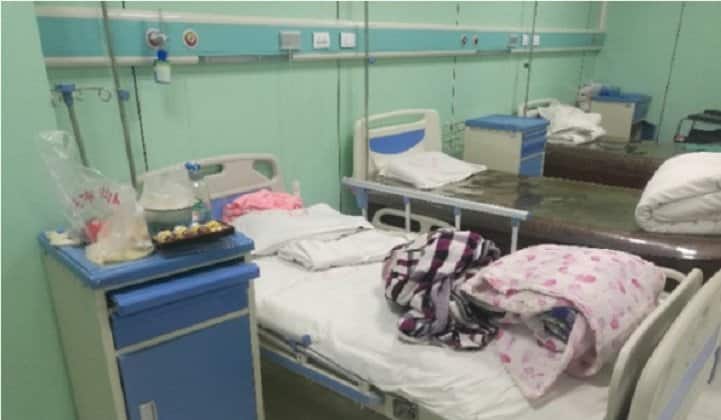 The hospital has since given a statement regarding the matter, saying that Ma, who was 41 weeks pregnant, had a baby whose head is too large that a natural birth would be risky. Doctors had suggested that she should give birth via C-section. But before Ma could go through with the procedure, she needed to have her family’s permission as per Chinese law. Reportedly, the family insisted that she should give birth the natural way. Hospital records revealed that the staff had informed the family of the requirements needed for the surgery.

Ma walked out of the maternity ward twice to let her family know that the pain is unbearable and that she should have a C-section. 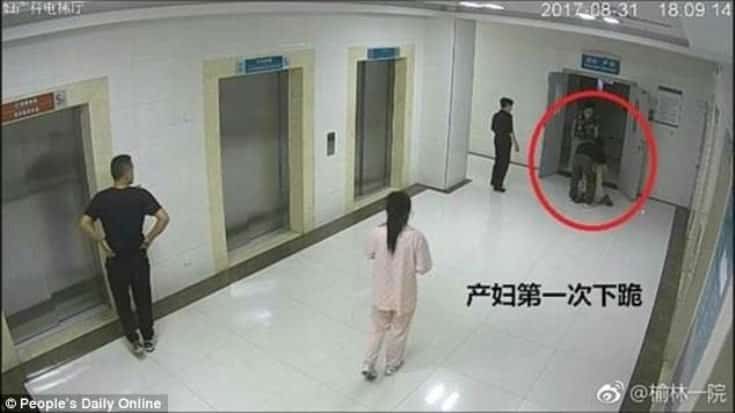 Check out the footage below.

At 8 p.m., Ma fell from the fifth floor of the building and died, along with her unborn child. 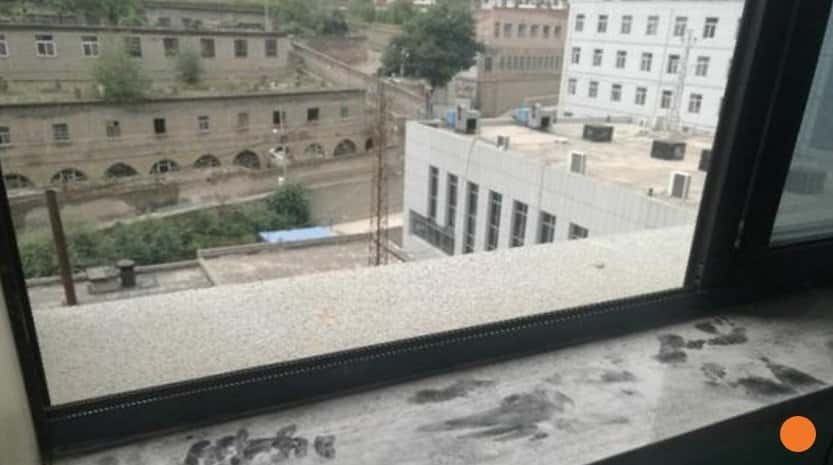 Police investigation ruled her death as a suicide. Ma’s husband has already provided a statement refuting the hospital’s claims. He told China Daily that it was the hospital that refused to perform C-section.

People are now enraged over the fact that pregnant women are not allowed to make a decision for herself. What do you think? Share your thoughts in the comments section below.