People are currently talking about a giant pineapple in Tacloban City. Indeed, Jenette Fariola-Ruedas of ABS-CBN News in the Philippines has reported that the fruit is shaped like “an inverted heart.”

A young boy named Steve Nash Diaz planted the pineapple during a very bleak period in the city. In November 2013, Typhoon Haiyan — known as Super Typhoon Yolanda in the Philippines — hit the country’s Visayas region.

The Category 5 storm wreaked havoc in Tacloban City. In fact, storm surges that were 15 to 25 feet high battered the coastal community. At the peak of the storm, the wind speeds reached up to 195 miles per hour.

Steve and his giant pineapple. 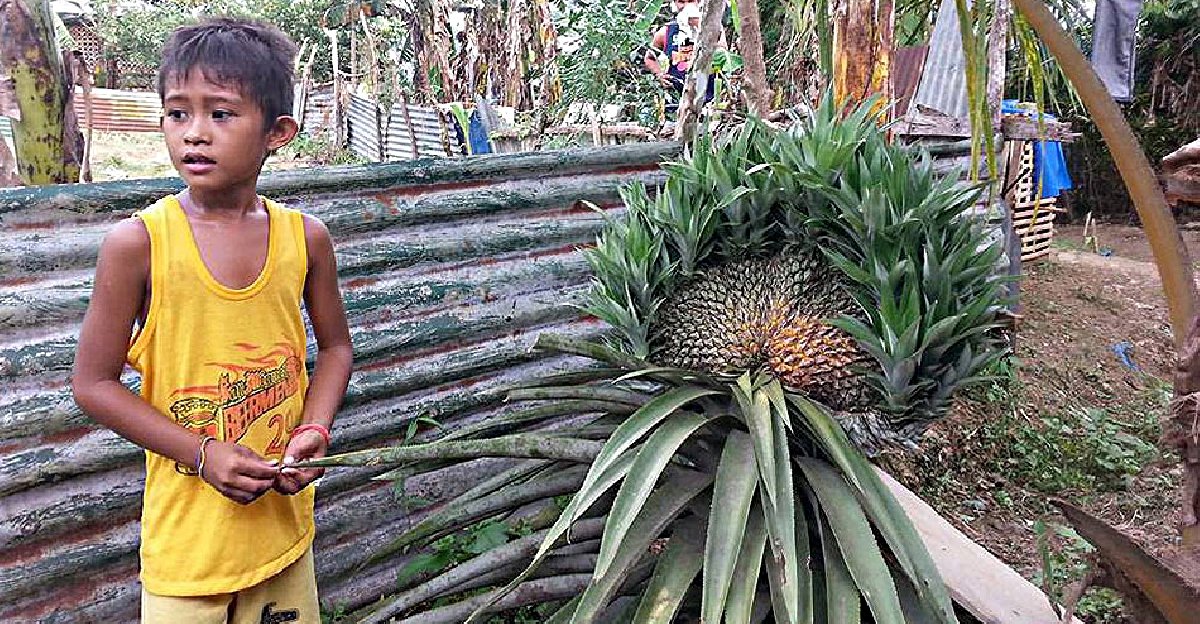 Thousands of people perished from the onslaught of Typhoon Haiyan. The death toll was logged as 6,340. However, many more are believed to have died. Moreover, the damage to property was also considerable. The storm either totally destroyed or severely damaged many Tacloban City residents’ homes.

At that time, the Philippine government was also criticized for not providing help fast enough or efficiently enough to the Typhoon Haiyan victims.

Tacloban City in the wake of Typhoon Haiyan in 2013. 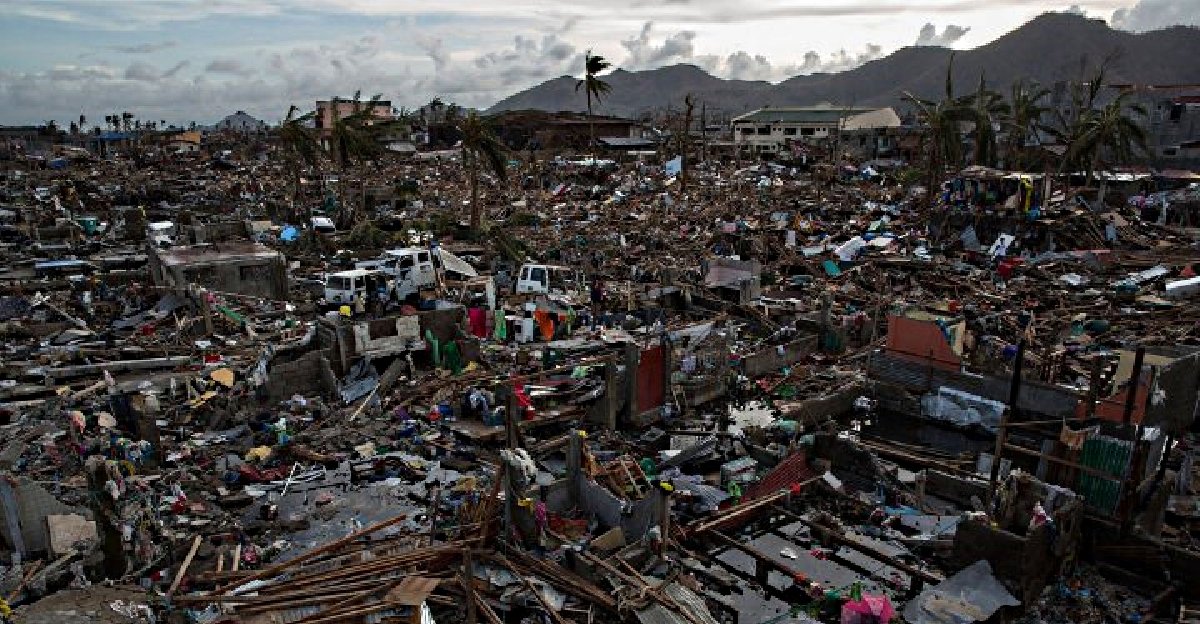 It was amid this devastating situation that Steve decided to plant the pineapple near his home. However, it just recently bore fruit.

It seems as if the plant is making up for its fruitless years by producing a fascinating mutant fruit. As ABS-CBN News pointed out, the fruit is “around twice the size of Steve’s head” and is “nestled on a wreath of spiky green leaves.”

We see this as a symbol of hope rather than a fruity snack. 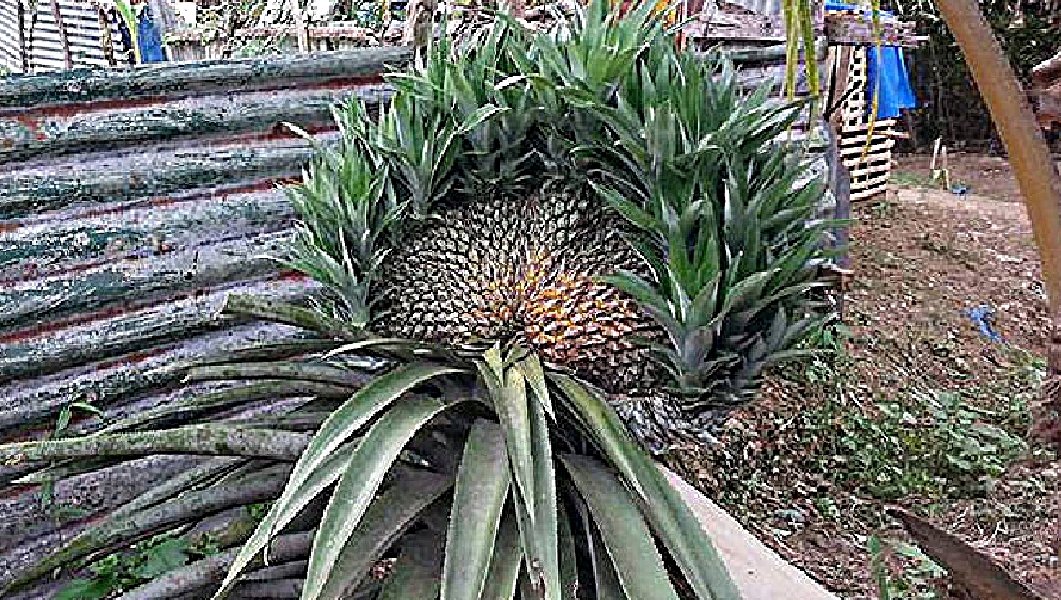 Steve’s now-famous pineapple is on the brink of ripening. The report said he is wondering what it will taste like. Then again, we’re thinking it looks way too unusual to eat. Maybe they can preserve it. It’s such a cool — and unusual — symbol of hope.