A photographer named Jerry Ferguson was in a perfect moment and time as he impeccably captured a breathtaking snap of a microburst forming above Phoenix, Arizona. Might be too dangerous, but he spotted this natural phenomenon while in a duty.

Ferguson was currently shooting footages for a local television network while riding a news helicopter, when he noticed the formation of a gigantic mushroom-shaped cloud. The figure transpired as a microburst, a small downdraft that moves in a way opposite of a tornado and found only in strong thunderstorms.

Meteorology specialists explained that microburst is tremendously dangerous and often comes with strong winds that have the ability to hit down full-grown trees and wind shear, a difference in wind speed, that can cause air crashes.

We spotted this microburst as we were covering a dust storm near Phoenix and I instantly thought the same thing as everyone else, ‘it looks like an atom-bomb just detonated over Phoenix.’ 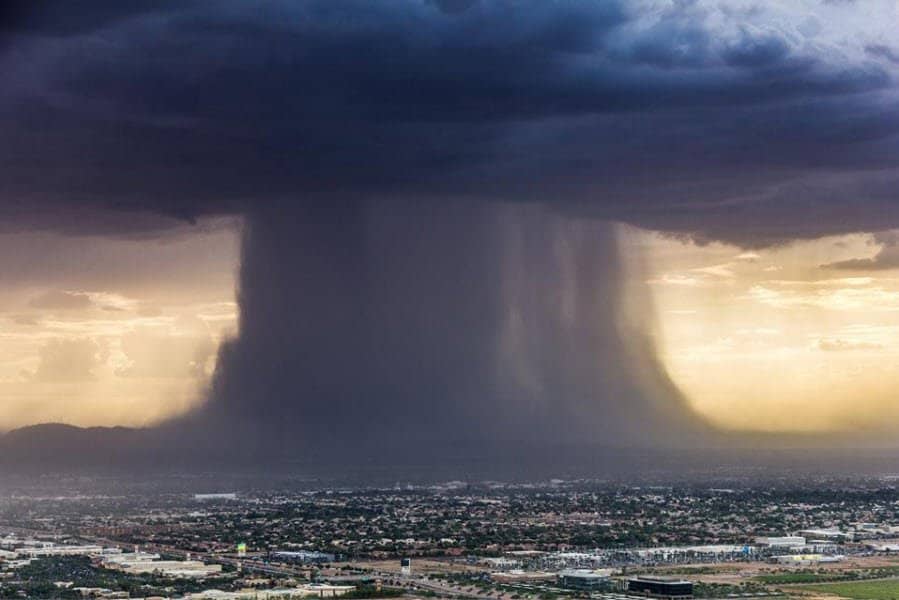 Capturing a natural phenomenon is not an easy work. Hence, his unbelievable photograph is a product of teamwork between Ferguson and his pilot, Andrew Park.

That time, Ferguson handles taking pictures, communicating, and maneuvering the flying tripod. Park, on the other hand, is busy “wrestling a mechanical bull 800 feet above ground” amidst the strong winds the storm brings.

A clearer shot of the microburst 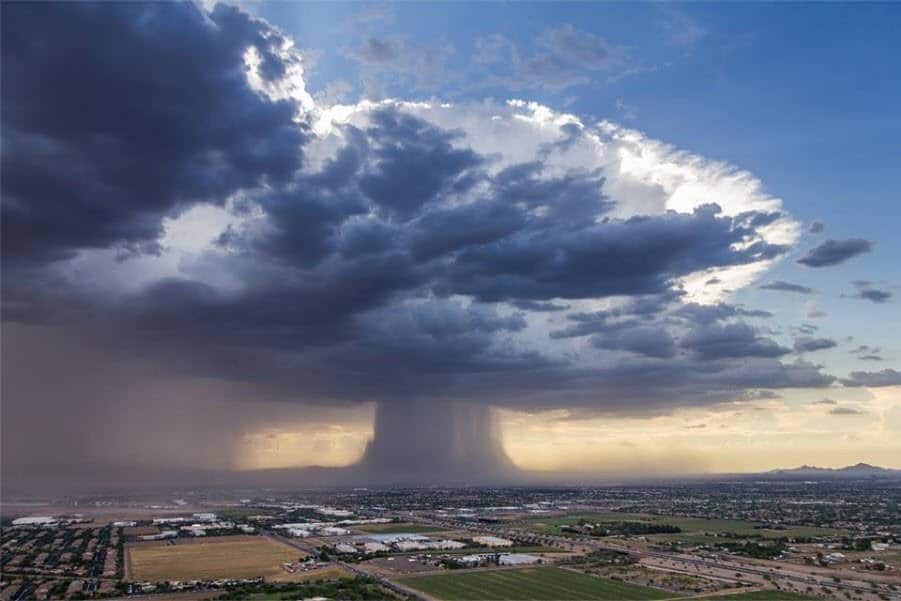 The chopper vibrates a lot and I shoot handheld. I also often shoot in low light, so I use wide aperture, image stabilized lenses and set my camera on shutter priority with the highest shutter speed I can manage (usually around 1/400) to eliminate vibration blur.

I shoot to the right, bracket, and rattle off a lot of exposures to make sure I have at least one keeper from each scene. I’ll also often shoot bracketed HDR panoramas because we shoot in such dynamic lighting situations.